How to Download and Install VR APP for Daydream

You can experience STYLY’s VR space with your Daydream-enabled smartphone. here is how to download and install the Daydream version of VR APP.

Go to Google Play and enter “STYLY” in the search form to search.
There are three STYLY applications on Google Play, but the Daydream version VR APP is the one with the VR icon superimposed on the STYLY logo.

Search for “STYLY” on Google Play

Next, click on the Install button, and the installation process will be executed.

Click the OPEN button to launch the Daydream version of the VR APP.

How to Download and Install VR APP for Mirage Solo

You can experience the STYLY VR space with Mirage Solo, here is how to download and install the VR APP for Mirage Solo. 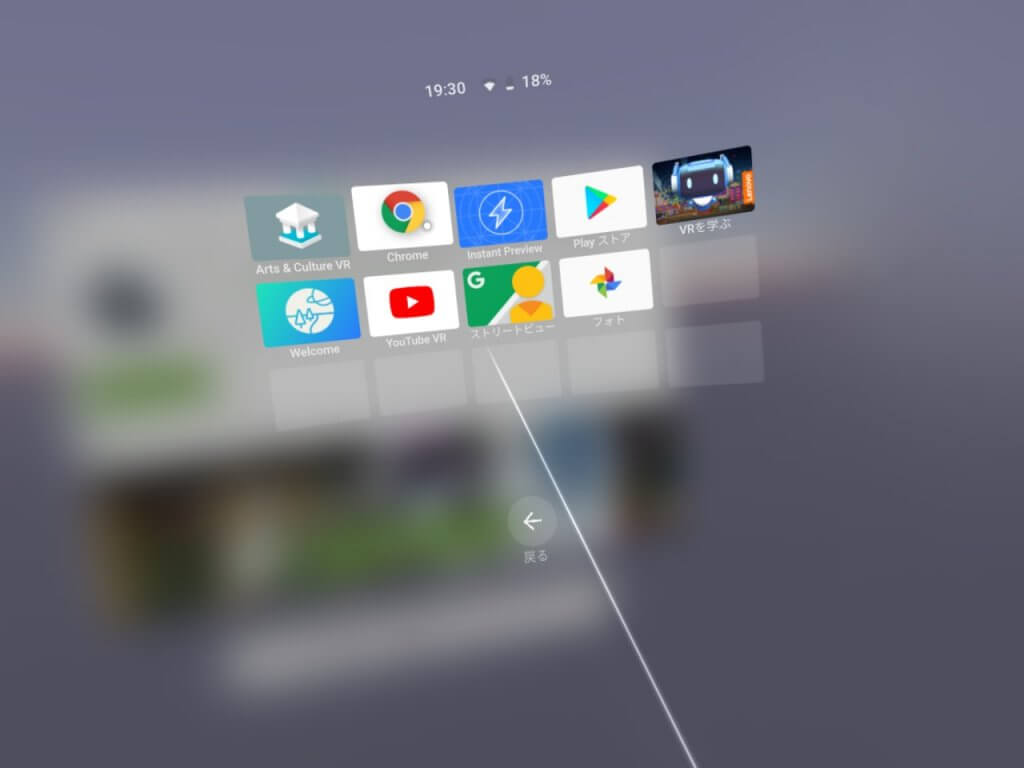 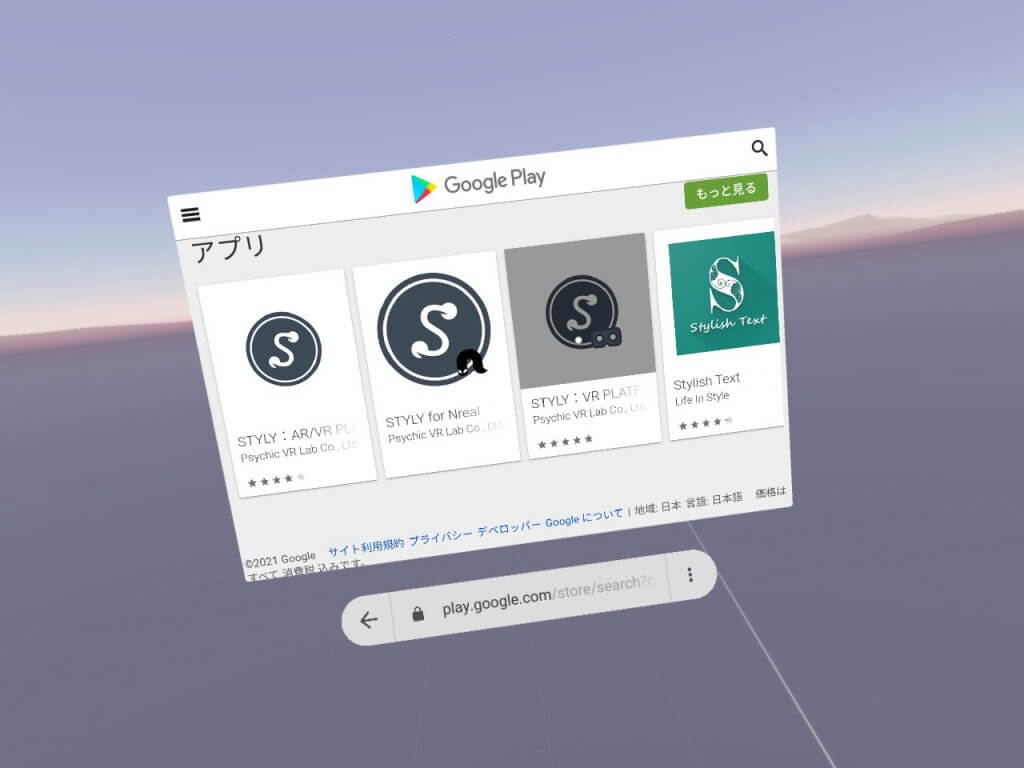 Search for STYLY on Google Play 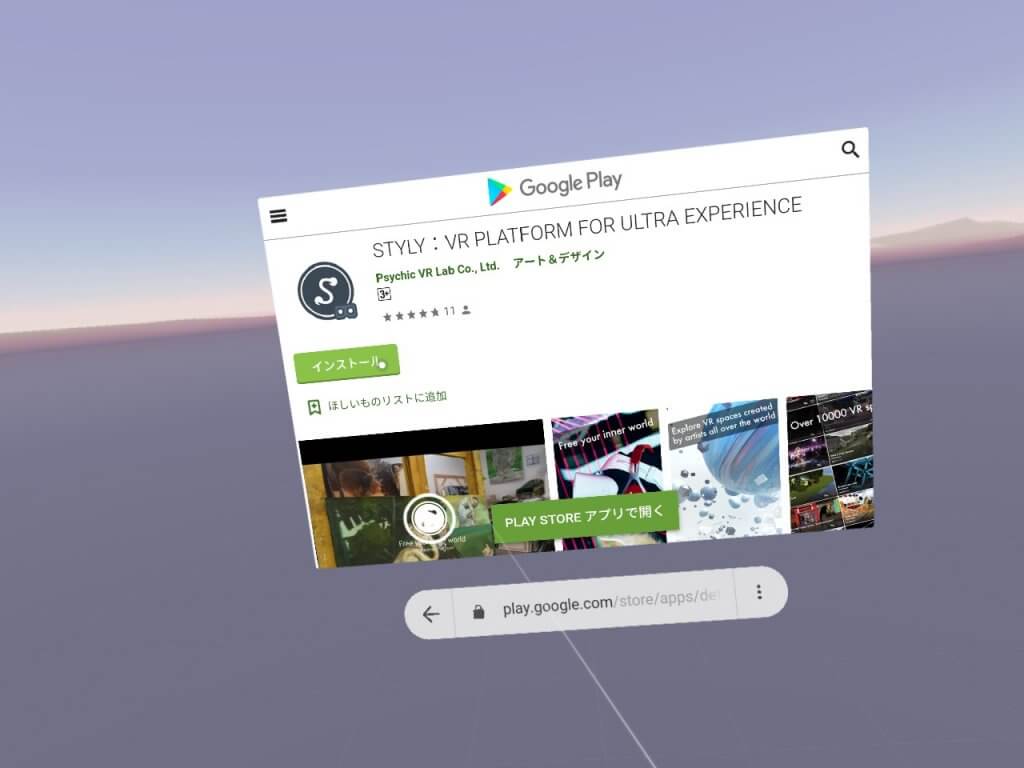 Wait for STYLY to be installed on Mirage Solo. 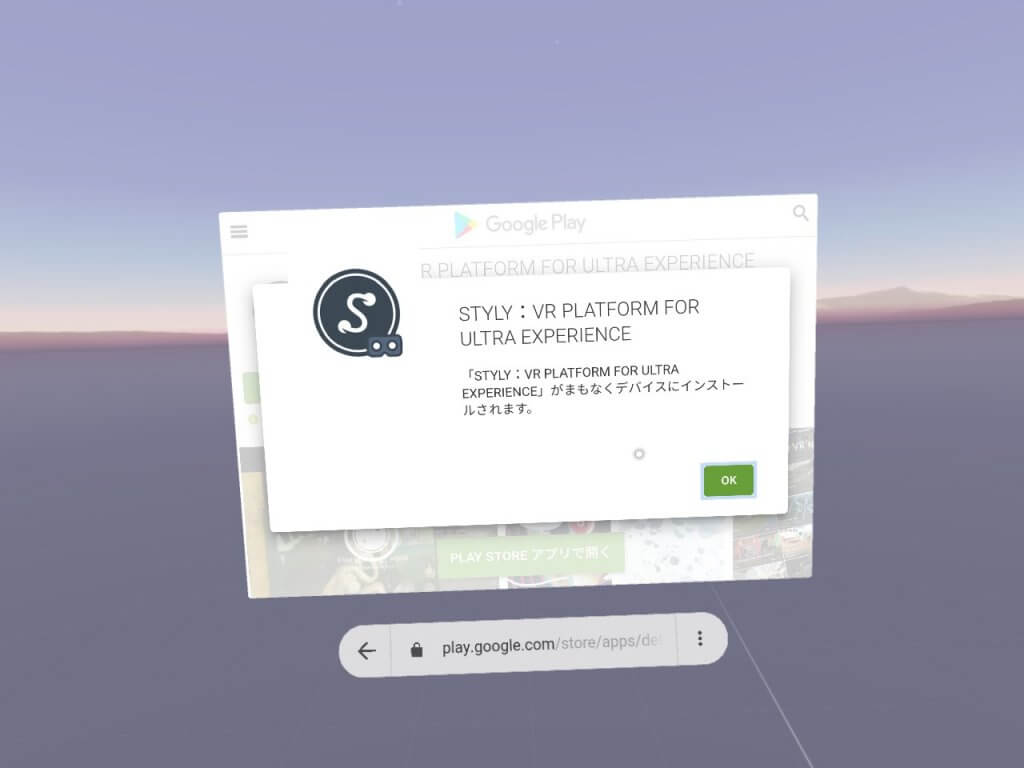 Wait for STYLY to be installed on Mirage Solo

Once STYLY has been installed in Mirage Solo, click on STYLY to launch it. 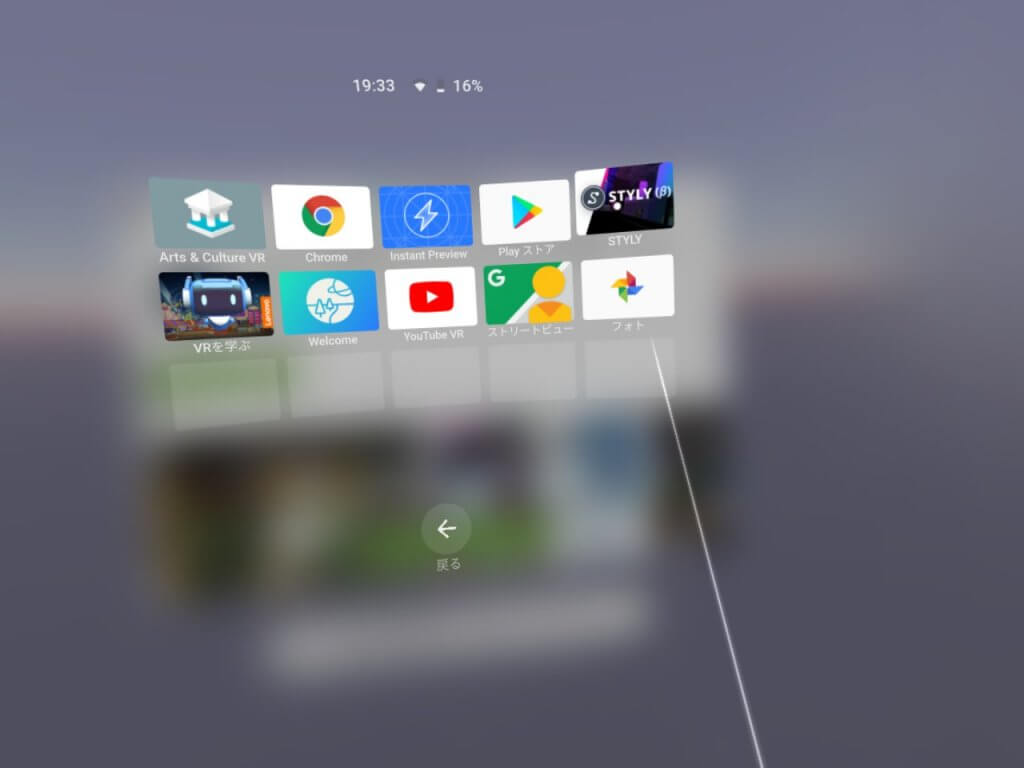 For more information about the menu screen, please refer to this article. 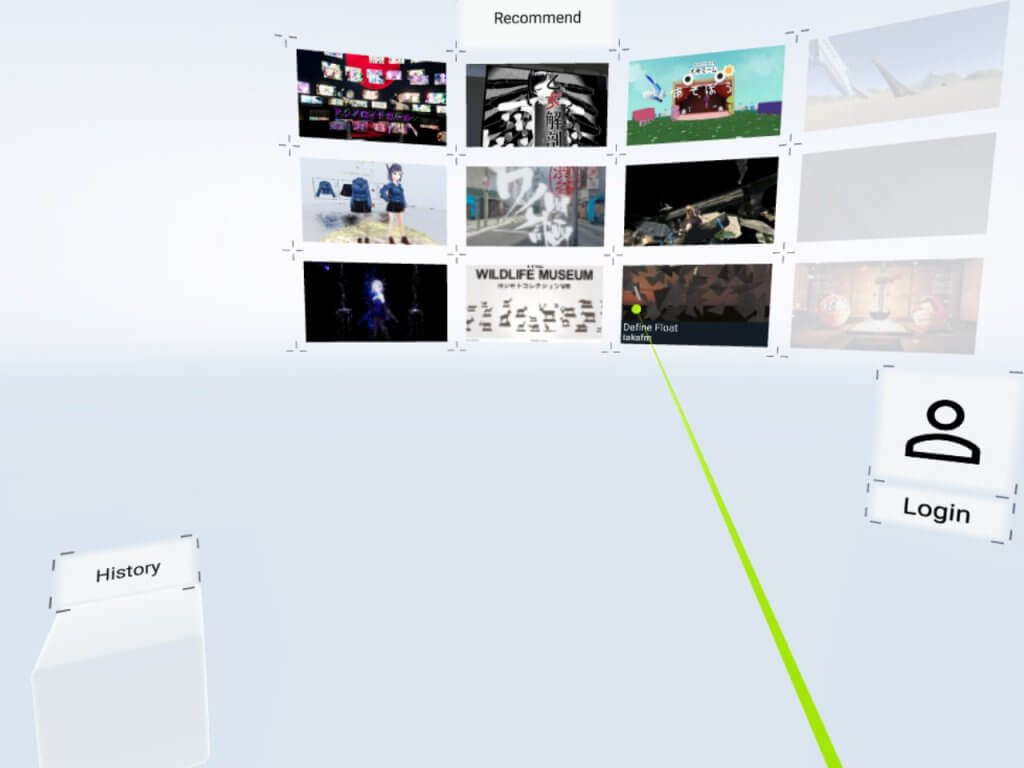 How to operate the VR APP for Daydream / Mirage Solo

Move
When you push in the clickable touchpad, a yellow-green parabola appears. The parabola means “moveable,” and when you release the tap, you will move to the location of the circle at the end of the parabola.

Rotation
Pressing in on the right/left side of the clickable touch pad rotates the viewpoint in the direction of the press. 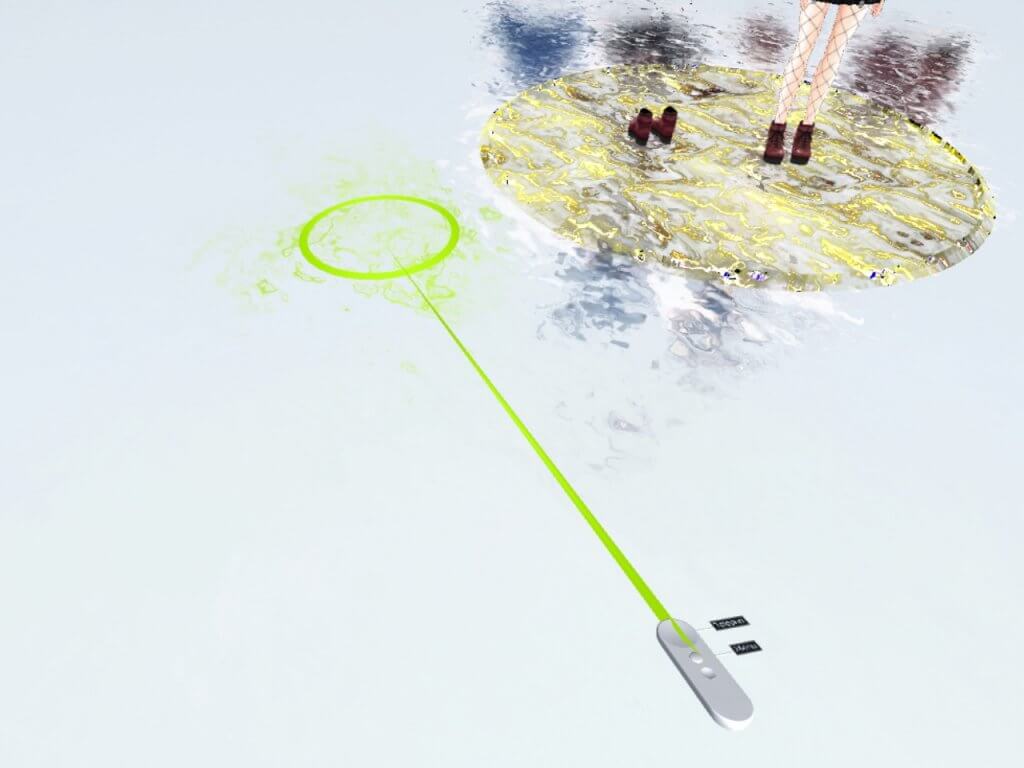