How to access the controller and change it’s default model controller to any other Model. For accessing controller, first we create an empty game object in playmaker hierarchy. The tutorial is already available Here. After that add a state in FSM by selecting gunController_R.

Same as above after using action “Get rotation” create variable to store the value of controller. 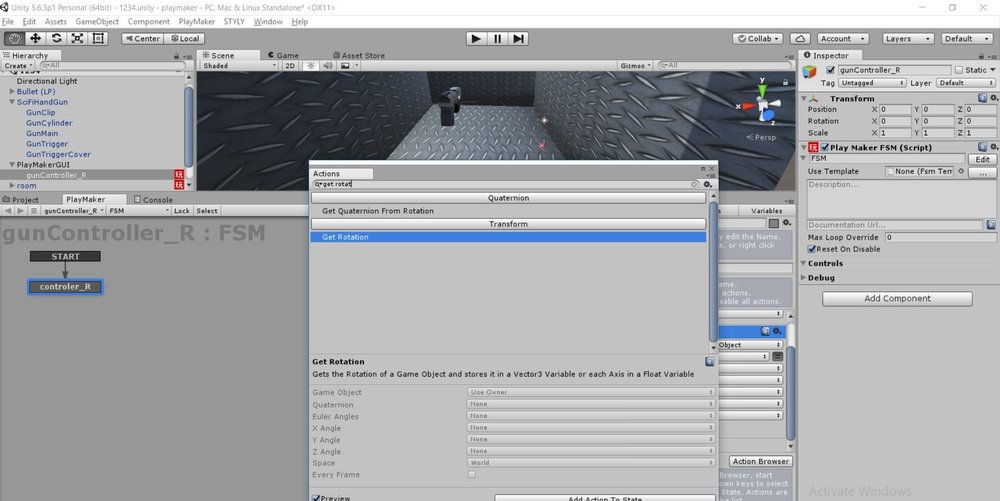 Then, add a 3D model gun “SciFiHand” that will work as shooting gun in this scene. You can add anything. Then add a sphere as child object in front of SciFiHand so it behaves as Spawn point. After that, uncheck its mesh renderer so it’s not visible. We hide it’s mesh because we want its functionality not its mesh. So spawn point is basically the point from where we fire bullet from the gun.

Now use action “create game object” and apply position and rotation controller on it. 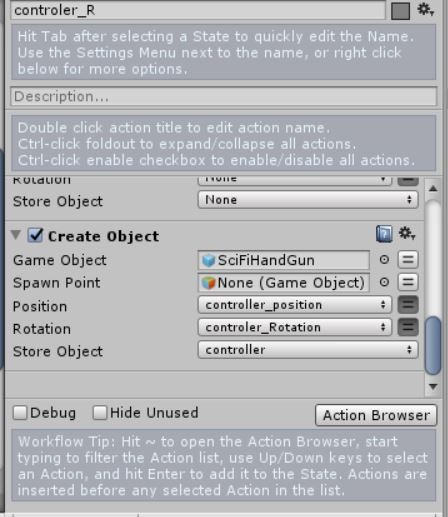 As in this scene gun is used for shooting purpose. Now controller is fully functional and we can use it to perform any task. I uploaded my model in STYLY and then test it by HTC Vive so my controller converted to gun.

Please look at our tutorial video for more clarification.

For URDU or HINDI version of this tutorial, please watch this movie.