In this article, I’ll explain the settings of Playmaker and the preliminary preparations for importing the game materials into Unity.

About VR shooting games made with Unity and Playmaker

The girl is running at full speed towards the player.

This game involves firing teddy bears from a bowgun and hitting the girls.

Will you be able to survive this adorable attack?

You should install PlayMaker, a plugin for Unity, beforehand.

If you are new to using PlayMaker, please read the following articles to gain a better understanding of it.

Downloading assets for the game

How to manage your files 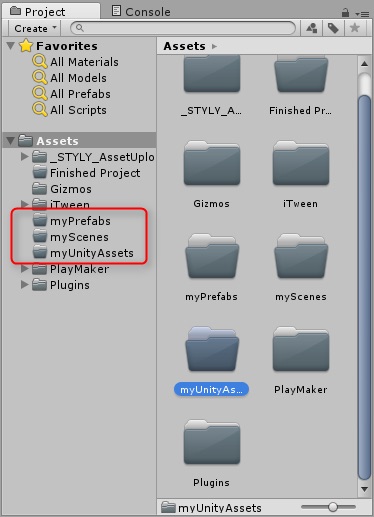 Check the Assets folder and create the following three folders.

Next, open the Unity Asset Store. 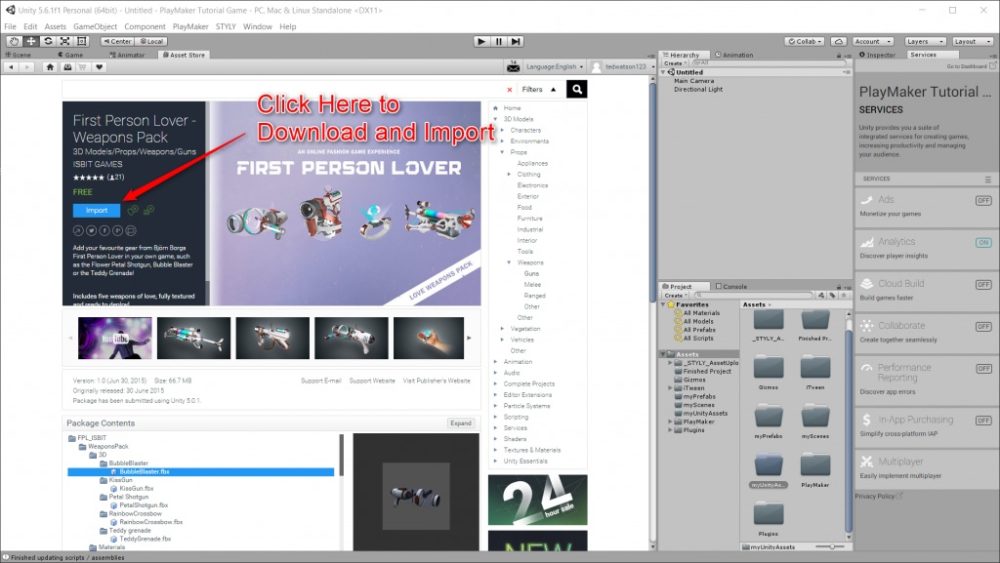 Download the following assets from the Unity Asset Store and import them into your Unity project.

Futuristic weapons set
The sound of a teddy bear being fired from the bowgun.

Move them all to the myUnityAssets folder when you’re done.

Now that the necessary music tracks have been moved, delete the RPGPuzzleGameMusic folder.

This shortens the upload time to STYLY and reduces clutter in the project.

Follow the same procedure, click on the mai_free_voices folder, select the wav folder and choose the audio file titled mai_free_08_damage and move it to the myAudio folder.

This also removes the mai_free_voices folder to avoid unnecessary clutter.

Finally, find the FuturisticWeaponSet folder and click on the hand_gun folder.

Take the only music file stored there, shot_hand_gun, and drag it into the myAudio folder.

Then erase the FuturisticWeaponSet folder completely.

After these processes, your myUnityAssets and myAudio folders should look like the following Go to the Playmaker tab on the top menu bar and select “Playmaker Editor” to open the editor. Next, use the Playmaker tab to click on the editor and drag it to the appropriate position.

Putting the editor at the bottom left of the screen

In this article I have placed it at the bottom left of the screen for easy access.

Next, click on the Playmaker tab on the top menu bar again, and then click on “Action Browser” under the Editor Windows submenu. 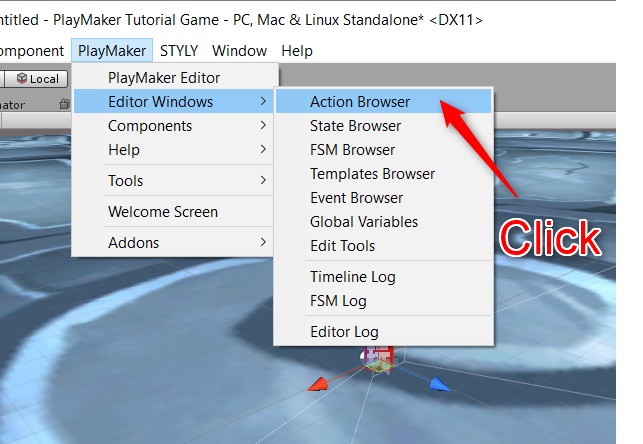 This will open a separate window where you can easily add the “actions” you need in Playmaker.

Click on the window and drag it to where you want to place it. Place it in an easily understood location

In this article, I have added it just to the right of the Playmaker menu at the bottom of the screen.

Next, we reset the “Main Camera” position because in VR, we want to be the camera ourselves rather than looking at the scene from a distance. 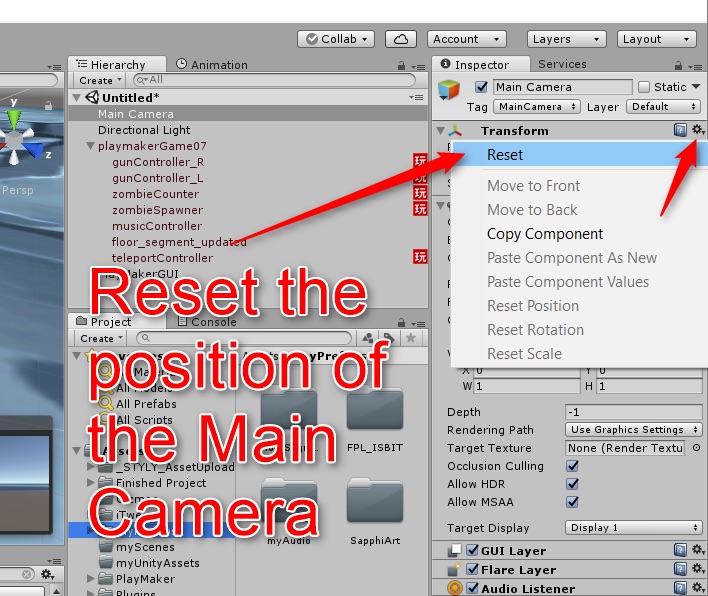 Select Main Camera in the scene’s Hierarchy, then click on the little gear icon, and select Reset from the Settings menu.

Finally, we need to create an empty Game Object in the scene’s Hierarchy.

In this article we will store all game objects as children of this empty parent object, and finally upload this prefab to STYLY.

Once you have created your game object, name it “PlayMaker Tutorial Game”. 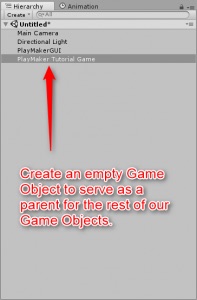 Now you’re ready to make your own game!

Next time we will be setting up a gun to use in a VR shooting game!