In this article, I will explain how to import VRM files into Blender.

If you are new to Blender, please read the following article.

In this tutorial, I use Blender version 2.79.

As of this writing, version 2.8 is the latest, but when I actually imported a humanoid VRM file, version 2.8 couldn’t import anything but the bones.

Screenshot – how it looks when importing a humanoid VRM file with Blender v2.8

Anyways, I will give you an update as soon as I find out what caused this problem in v2.8 version.

First, download VRM-IMPORTER from the following URL. This is for Blender v2.79.

You don’t need to decompress it. Just leave it as a .zip file.

After opening the Add-ons tab, press the ‘Install Add-on from File…’ at the bottom. 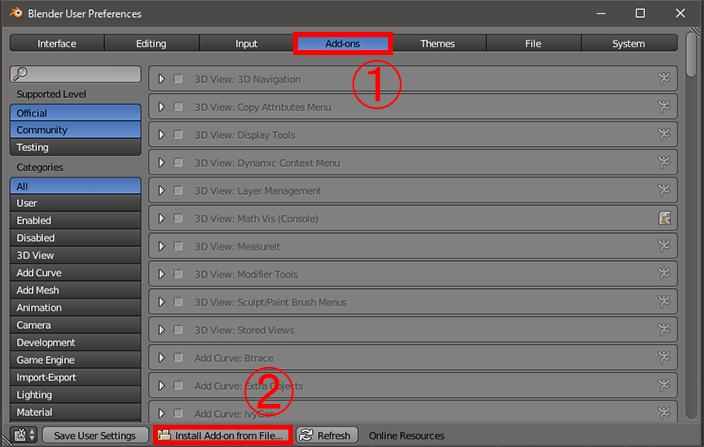 After returning to the add-ons window, select ‘Testing’ to show ‘VRM_IMPORTER’ imported earlier (①). Check it (②) and press ‘Save User Setting’ (③). Now you can close the ‘User Preferences’ window. 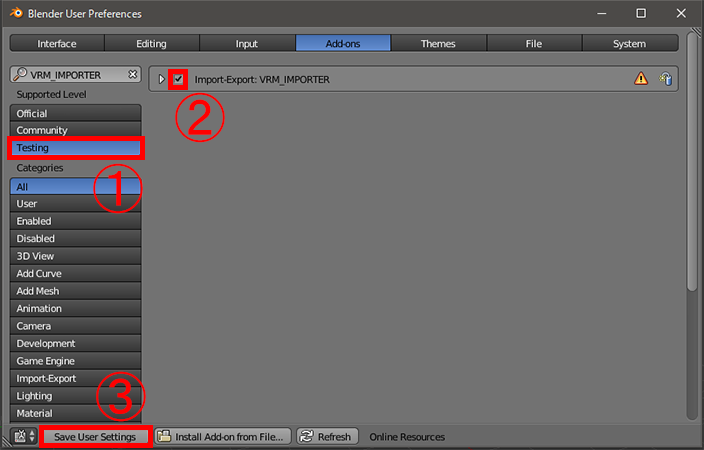 Now you will find that ‘VRM’ can be selected.

Import your VRM file. It could take a little while and sometimes Blender may freeze. Please be patient.

Note that, before importing a VRM file, it is recommended to create a folder and put in the VRM file you want to import because many image files will be created in the directory where the selected VRM file is. 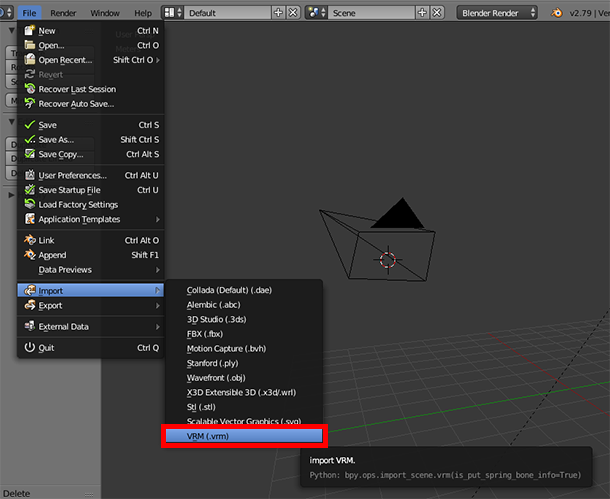 Now you can select a new file format ‘VRM’.

Have you imported your model successfully? It looks cute, right? 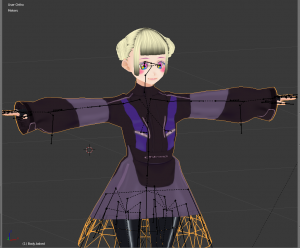 If your model looks ‘pale’, the display mode is set to ‘Solid’ or ‘Cycles Render’. So, change it to ‘Material’ or ‘Blender Render’. 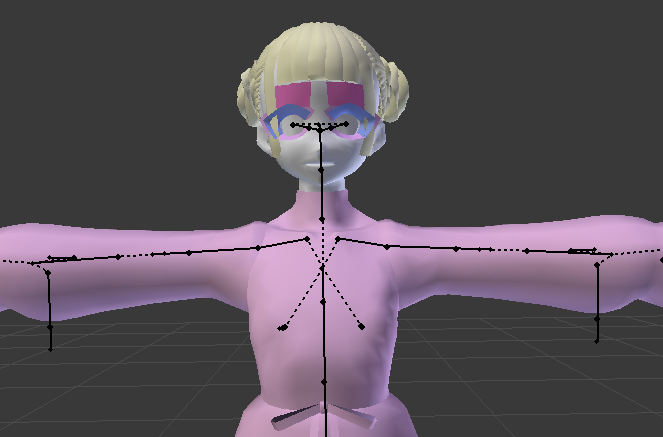 If the model looks like the above, the display mode is set to Solid or CyclesRender

How to Change the Facial Expressions

First, l will show how to adjust facial expressions. When importing a VRM file, it’s sorted into groups by ‘hair’, ‘head and face’, ‘body and clothes’, and ‘bones’.

With the mesh of the face selected, you can change the facial expression by using ‘Shape Keys’ on the ‘Object data’ tab (①) in the right menu. 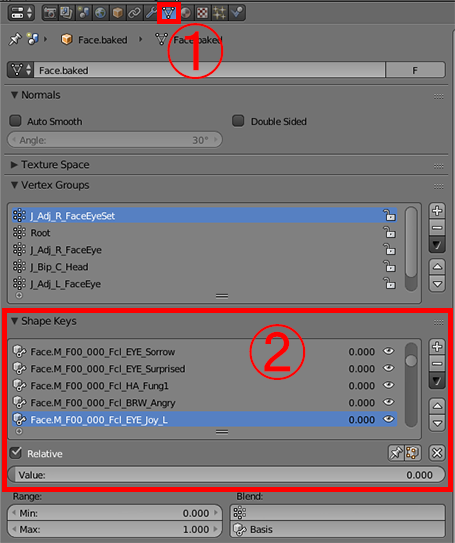 ‘Shape Key’ is like a set of expressions. If you imported the VRM file created with VRoid, then some Shape Keys have already been set up.

As shown below, you can change the expression assigned to a Shape Key by selecting it and adjusting its parameters (Precisely, it defines the motion of the meshes for eyes, mouth, etc).

How to adjust ‘Shape Key’

How to Change the Pose

You use ‘Pose Mode’ to change the pose.

Select a bone and press ‘Ctrl+Tab‘. Then, the selection turns light blue.

This state is called ‘Pose Mode’ where you create poses by rotating and moving bones.

Change the pose in ‘Pose Mode’

Once the pose is completed, let’s export the model with that pose. 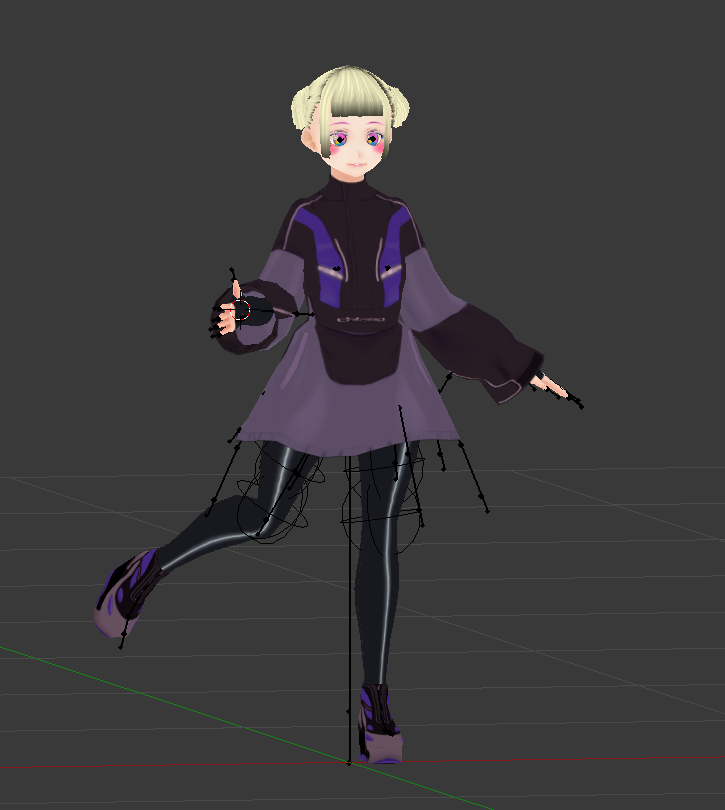 Please read the following article to learn how to export and upload to STYLY.

There is a way to link Blender to Unity. Please refer to the following article.

If you want to animate the model, the following article shows how to add an animation.

Note that, when you add an animation to the model, export it in the way shown above (This is because VRM needs to be handled in a special way).

Please read the following article to add accessories, etc. to a VRM model.