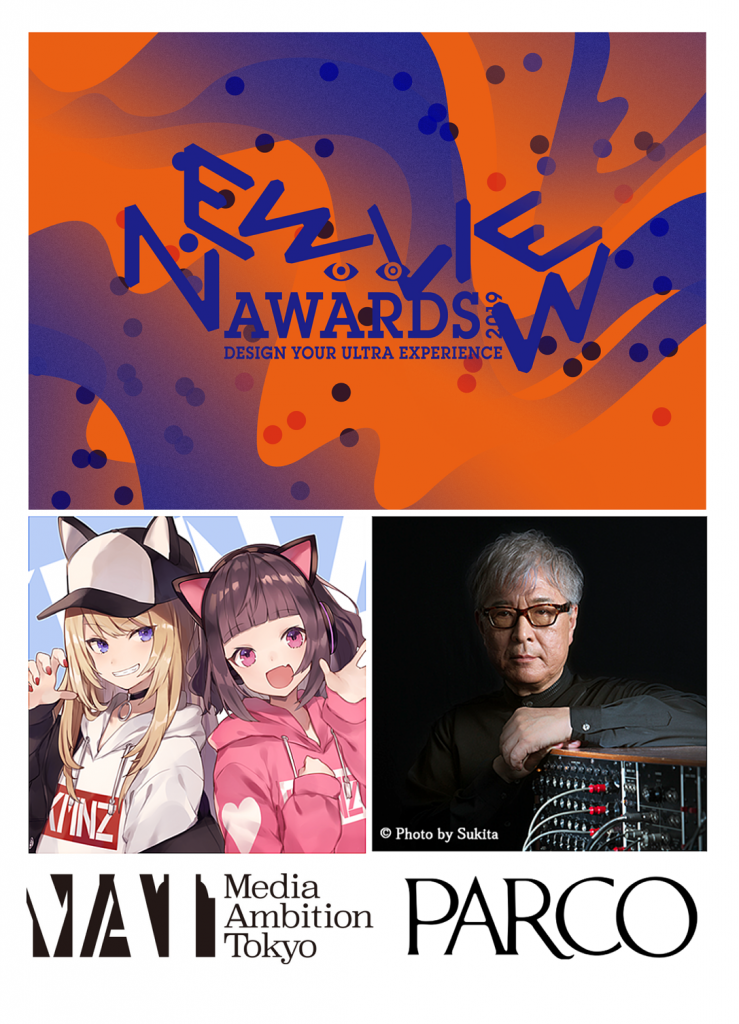 The award aims to discover new creators with new expressions, cultures, and lifestyles that can design “super experiences” in the near future as all creators will have access to 3D spatial expression (VR).

All additional PRIZEs announced will provide the winning VR creators with creation opportunities and exclusive supports.

The newly announced awards will provide winners the chance to participate in the creation and exhibition of the collaborative works. KMNZ (Kemonoz), Hideki Matsutake, Media Ambition Tokyo, and PARCO

KMNZ PRIZE offers a chance to debut in a collaborative authorship 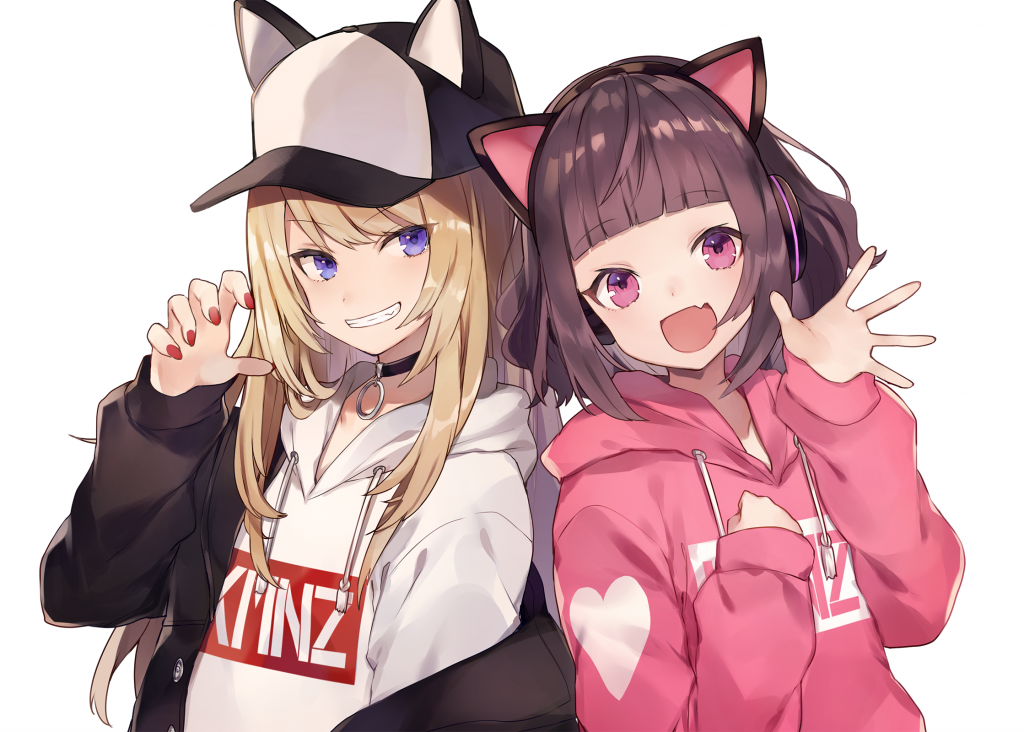 The KMNZ PRIZE is a collaboration project for VTuber’s girl’s hip hop unit, KMNZ (Kemonos), to be featured in a distribution video with the use of 2D art with costume design as various images.

The artist will be credited as the collaborator participating in promotions.

In addition, the PRIZE is open to the following 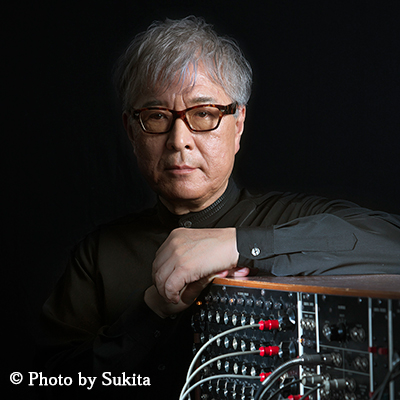 The Hideki Matsutake Prize (HIDEKI MATSUTAKE PRIZE) provides winner the chance to collaborate with musician/synthesizer programmer, and producer Hideki Matsutake to create a collaborative original VR content. There will be promotions for the content. Similar to the KMNZ PRIZE, this award also provides creators with the opportunity to expand the scope of their activities. 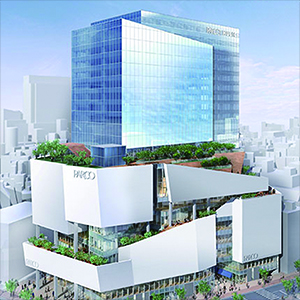 The PARCO PRIZE offers a chance to create a 3D work partnered with PARCO to be displayed in AR at PARCO Shibuya.

PARCO supports creators by providing a platform to promote creations in real life and the VR space. Winners of the PARCO Award at the NEWVIEW AWARD 2018 will have a grand opening at PARCO Shibuya in late November 2019. Designer Discont’s installation work is scheduled to be exhibited and is currently in the process of being developed. Winners of this PRIZE will have the opportunity to display their works at PARCO Shibuya and Mr. Discont. ©2019, Takenaka Corporation

This festival presents Tokyo’s technologies for of future creation to the world, where participants can showcase their own creations.

Keng-Ming Liu, founder of the Taiwanese creative studio Bito and one of the leading creative directors in Taiwan, has been appointed as an additional judge!

The additional jury member announced was Keng-Ming Liu, the founder and creative director of the Taiwanese creative studio Bito. He is one of Taiwan’s leading creative and video directors, working across many academic disciplines to redefine the relationship between motion design and humans. He will be judging VR content from all around the world.

The competition is open to VR content created and published by STYLY, a creative platform for creating new VR expressions and experience. The use of non-STYLY tools (3DCG, game engine, DAW, etc.) is acceptable. Existing work is also welcome.

Final result will be announced in December 2019

Judges (in a random order) 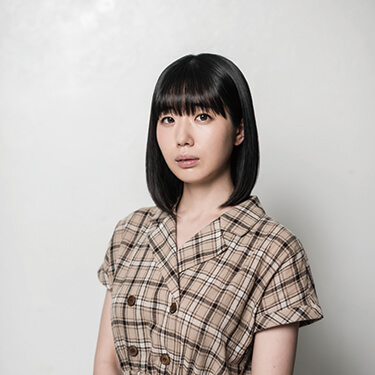 Designs and production of various characters, including Tanukiuki.

Active in a wide range of fields, including movie directing, screenwriting, column writing, and songwriting. 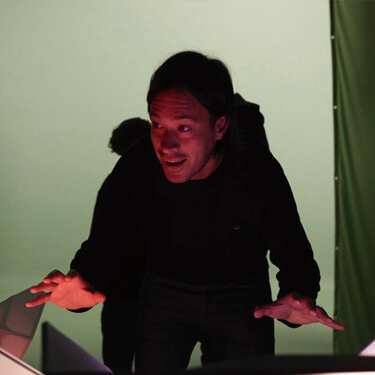 A designer and filmmaker with works exhibited at the Victoria and Albert Museum in London and the Museum of Modern Art in New York. He has taken the world over the internet and gained a cult following through short films such as the multiple award-winning HYPER-REALITY, including in “Best Drama of the Year” on Vimeo. Next Reality named him one of the top AR influencers for his VP design for Leap Motion in 2018.

He sees design as “a tool to explore the future of technology and culture” and in his narrative filmmaking and conceptual interaction design for XR, he seeks to create “a new vision of reality existing between the virtual and the physical world. 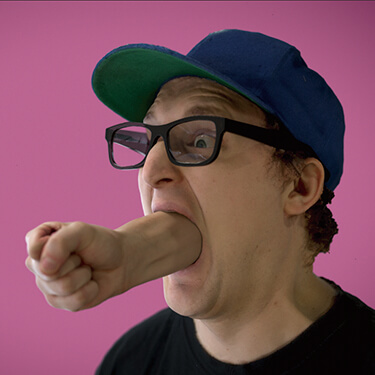 A filmmaker based in Toronto, Canada. He has developed a unique brand of VFX comedy and combines video remixing and animation techniques to create surreal and absurd video work. In the past, he has also worked as a writer and creator of the pop culture portion of Conan O’Brien’s show, where he created and remixed the pop culture elements. His innovative short film “The Chickening” (a chicken remix of Stanley Kubrick’s The Shining) has played on TIFF and Sundance Film Festival screens, and he has expanded his practice with his unique style of visual expression to include films such as Old Spice Lu Yang has directed and produced ads for KFC, music videos and tour visuals for Deadmau5 and Flying Lotus, as well as countless TV shows, films, web and VR projects. 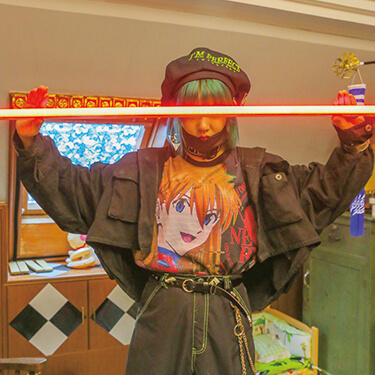 A multimedia artist based in Shanghai, a graduate from the New Media Art Department of the China Academy of Art and Design. She knows about subcultures such as animation, video games, and science fiction. Her work ranges from 3D animated films, video games, installations, holograms, neon, VR, and software. Her creation is a unique like the formation of fantasy dealing with the fragility of humanity. Starting from Buddhism, which promotes a genderless society, she uses her own figure to express her own asexual image. Her work has been shown at the Centre Georges Pompidou in Paris, the Mokki Museum in Beijing, the Shanghai Biennale, and the Athens Biennale. 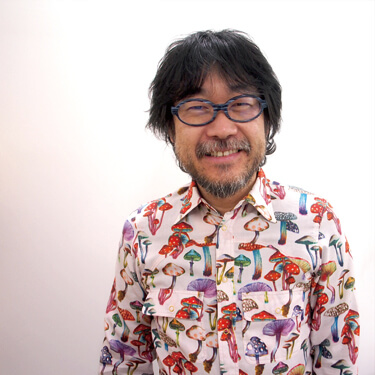 The Art of Shouting Ah! rt, the children’s TV show “Shakin! rt,” a children’s program on NHK E-telephone, “Shakin! He has been involved in a number of TV programs including “Downtown’s Gotttsu Eeiken”, “Itoke no Shokutaku”, “Takeshi no Banbutsu Soseki”, and “EX TV”. His publications include “The Language Book: Tomorrow’s Carta”, “Kuramoto Mitsuru’s Cho-Japanese Dictionary” and “Laughter Theory: Making 24 Hours Interesting”. 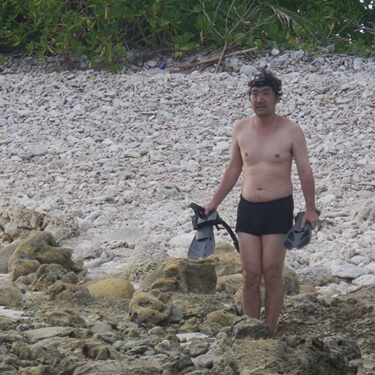 He crosses “a wide range of production techniques” with “oblique inspiration” for works that are consistent with pop culture. In recent years, he has been specializing in video production using pixel art and has been active mainly in commercial video production such as music videos and advertisements. His recent works include Southern All Stars’ “Ai wo Gogotte” music video (recommended by the judges of the 22nd Japan Media Arts Festival), YUKI “Yatara to Synchronicity” music video, UNIQLO “UT x STREET FIGHTER” AD, and an original work, “Idiot Runnings” (15th Japan Media Arts Festival, Jury Nomination). With Ian Shimizu, he runs NEWW, a creative team specializing in environmental issues. Born in 1972 in Chiba, Japan, graduated from the University of Tokyo maoring in architecture in 1996-2000, and worked for Tadao Ando Architecture Institute before attaining his master’s degree from Columbia University in 2002. He co-organizes the design office noiz with Cai Jiaxuan (partnered  with Kosuke Sakai since 2016). He is active in design, production, research, consulting, and other activities that incorporate computational design in a multidisciplinary manner, from architecture to product, urban and fashion. Currently an assistant professor at the Institute of Architecture, National Chiao Tung University, Taiwan, a part-time lecturer at the Art and Media Center of Tokyo University of the Arts, a lecturer at the Digital Design Studio of the University of Tokyo’s Department of Architecture, and a part-time lecturer at Keio University’s SFC. 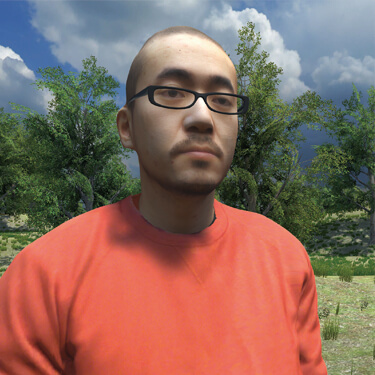 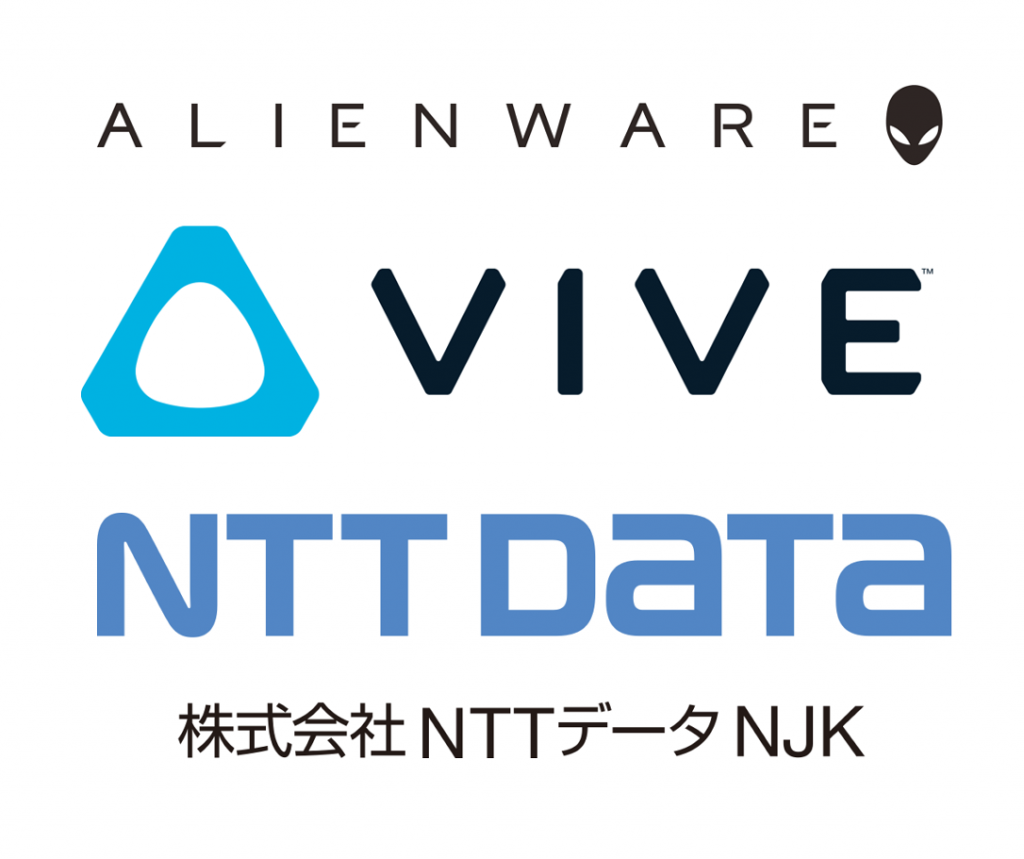 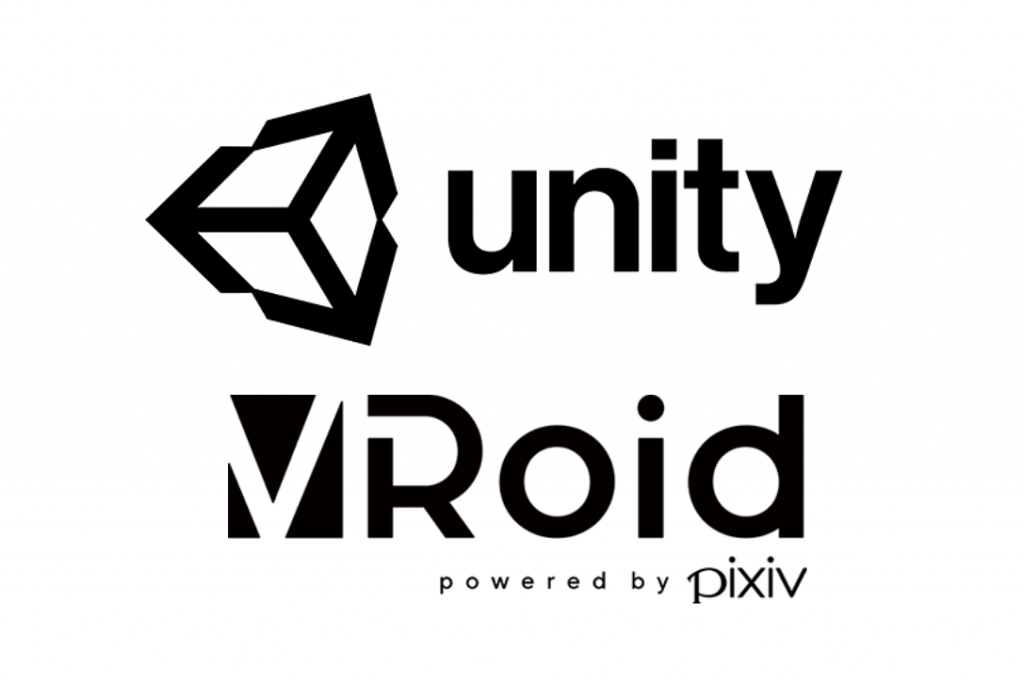 Launched in January 2018 as an experimental project/community that pioneers the design of new creative expressions and experiences in 3-D space. Other than setting up experimental works with artists of various genres and presenting new forms of expression to society, the project has developed the NEWVIEW AWARDS and the NEWVIEW SCHOOL, an art school for learning xR as a comprehensive art form, to discover, nurture, interact with, and transmit the next generation of creators. 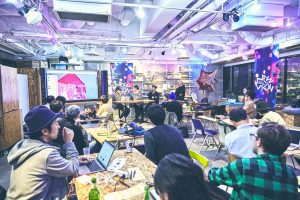 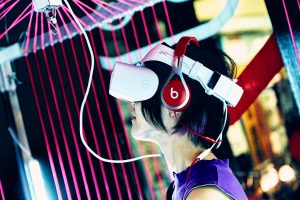 Last year’s NEWVIEW AWARDS 2018, the first VR content awards in the fashion/ culture/ art field organized by the NEWVIEW Project, was a huge success, with 219 entries from seven countries around the world. The grand prize, the Gold Prize, was awarded to virtual artist Emoko for her work EMOCO’S FIRST PRIVATE EXHIBITION, and VR space designer Discont, the winner of the PARCO Prize, is exhibiting her installation works on the 5th floor of Parco Shibuya.

The virtual YouTuber, Emoko, will hold a “Virtual Solo Exhibition” with her VR art and a video of the drawing process.

The work provides an opportunity to feel the artist behind the work and to learn the stories behind the painting.

A girl’s story in a small world is expressed in a prop using Photogrammetry and 180° stereoscopic photography using Mirage Camera.

Using Zotrope as a motif, the work depicts a world where the roles of the front end and the back end are mutually linked, just as in the real world.

Title) Shape-memory device of the body -SHAPE MEMORY OF YOU-

An experimental attempt to regain the body and its sensations lost in VR. There are seven installations that evoke the reality of the body and shake the physical senses.

The NEWVIEW SCHOOL will open in Tokyo and Kyoto in June 2019, with instructors from a variety of genres offering insights about the essential concepts of VR expression- “The reason for VR is not to be an objective, but to be a reason for being in VR”. We are developing a program to teach philosophy of creation and fosters the ability to create. Students are going to work for the NEWVIEW AWARDS 2019 as their graduation project. 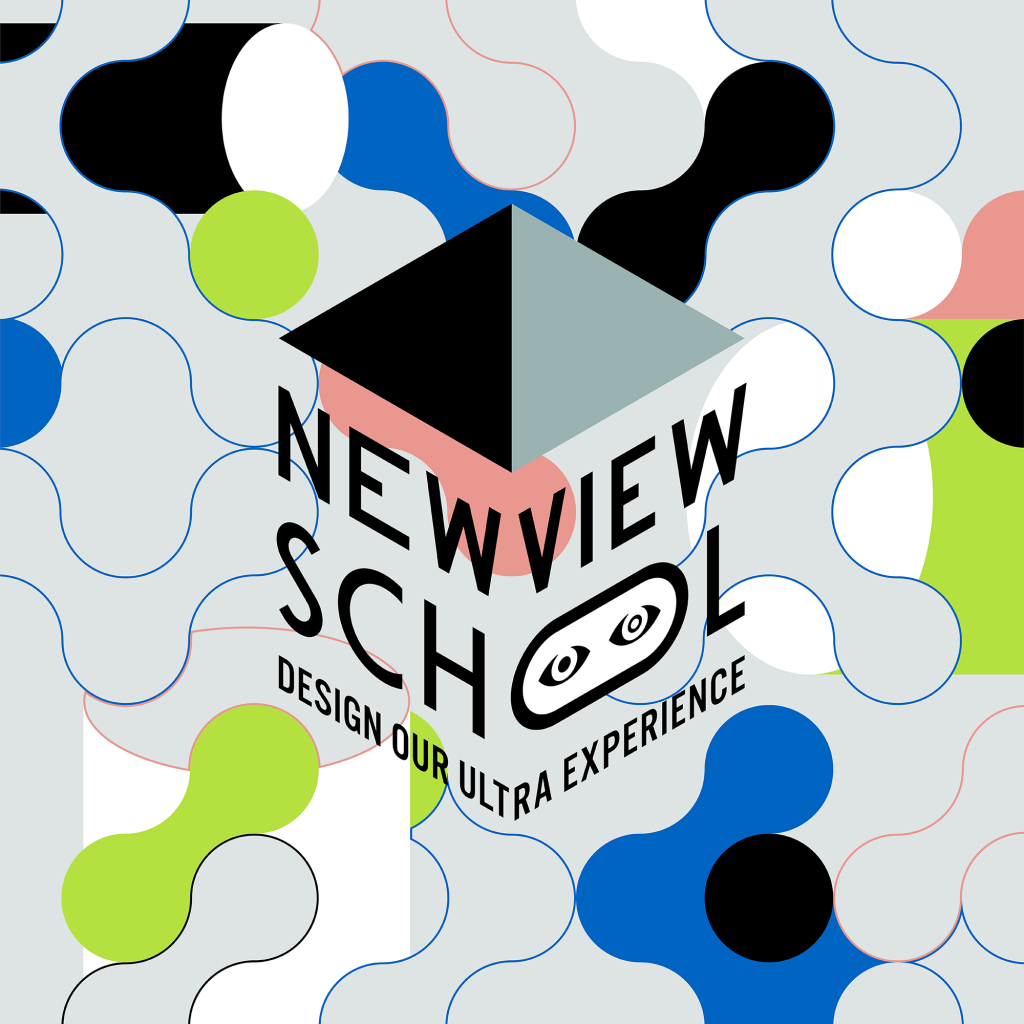