In this article, I introduce how to import images to STYLY and how to adjust them.

How to upload images

This time, select ‘Image’ to insert an image.

Click the ‘Select’ button. It brings up Explore to select an image. Now, select the image you want to insert. If the image to insert has not been saved to the PC, save it first.

Once you confirm the filename of the image appeared in the box next to the ‘Select’ button, click ‘Upload’ below it.

If you see the screen shown above, the upload was successfully completed. Select ‘next’ to progress.

Insert the uploaded image in the Scene 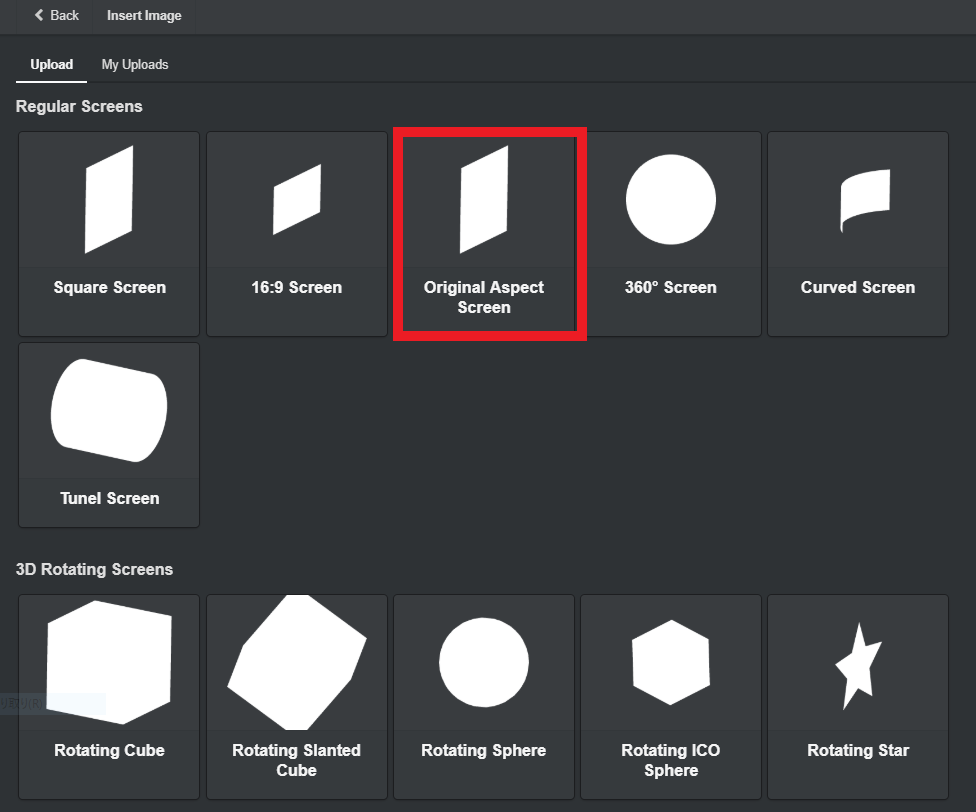 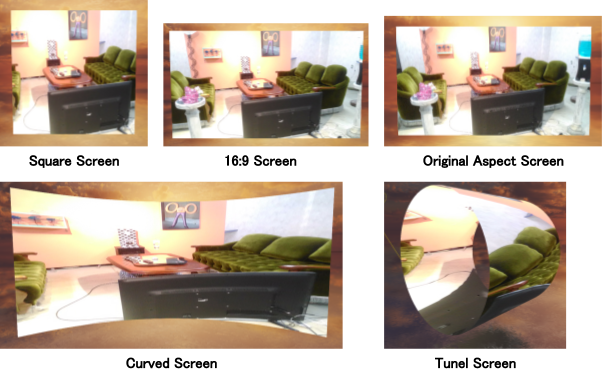 This time I take ‘Original Screen’ as an example.

How to adjust the image – #1 Scale

to keep the aspect ratio of the original image.Adjust the image #1

I inserted the image but looks too small. Scale it to the size you like. 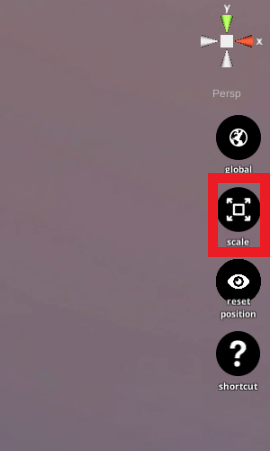 Press the side button on the right to switch to the ‘Scale’ mode.

※Those side buttons are to select move/rotate/scale mode for the assets. I explain it later.

By dragging the red, blue, green or white cube, you can scale an object in the respective direction.

To keep the aspect ratio of the original image, scale with the same value set to X, Y and Z here.

Now the image has been scaled up but the Default Ground looks breaking through the image. So let’s move the image to correct it.*

*Alternatively, you can move the Default Ground to correct.

Switch the mode from ‘Scale’ to ‘Move’ by the side button.

I set the Y value to 1.2 to make the sandy beach visible.

How to adjust the image – #3 Rotate

Finally, I will show the third function, ‘Rotate’.

Let’s place the image above around the human model at the StartPosition to make a scene where there is nothing but the image of sandy beach as far as the eye can see.

With the placed image selected in the Hierarchy view, press the Copy icon three times.

Now, there are four identical images. Place them around the StartPosition.

Arrange the three duplicated images by the Move button. You don’t need to change the Y value (as their heights are to be kept). So, by adjusting the value of X and Z, arrange the images so that they don’t overlap. 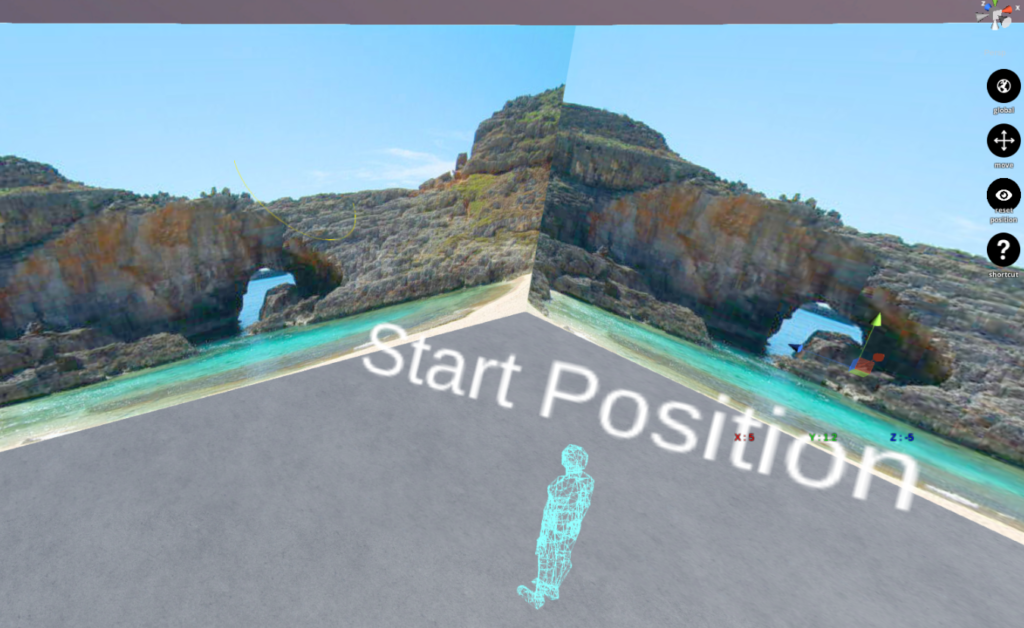 Now, the images have been arranged correctly. However, you would spot something to correct at the boundary between the images. Let’s mirror the next image to have ‘continuous’ landscape.

Switch to the ‘Rotate’ mode by the side button and add 180 to the Y value of the next image. 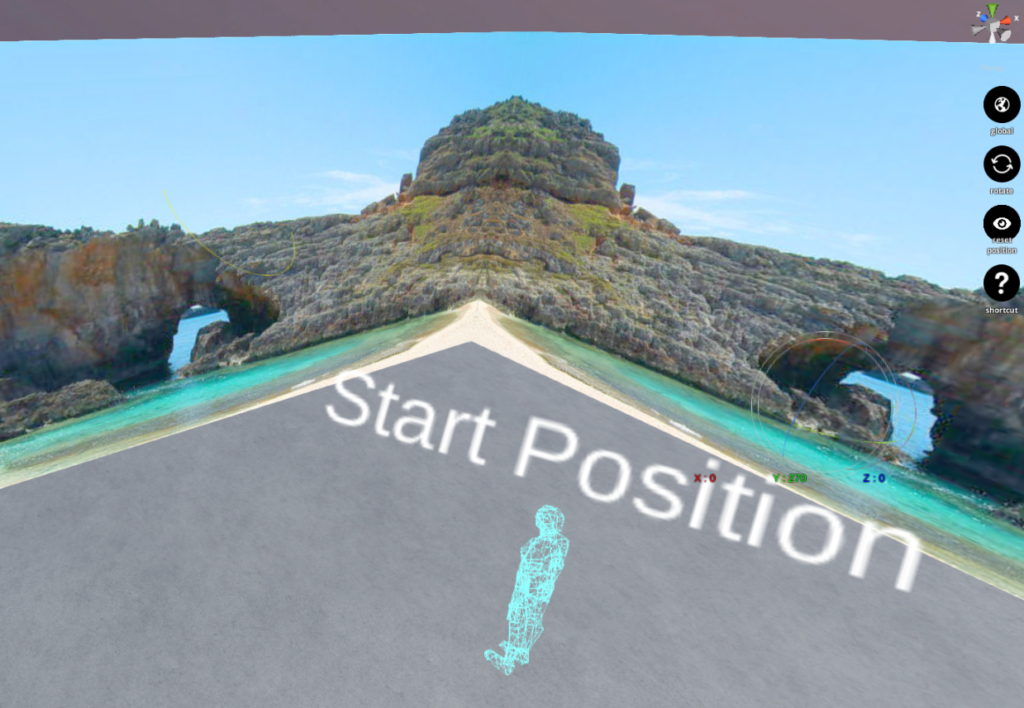 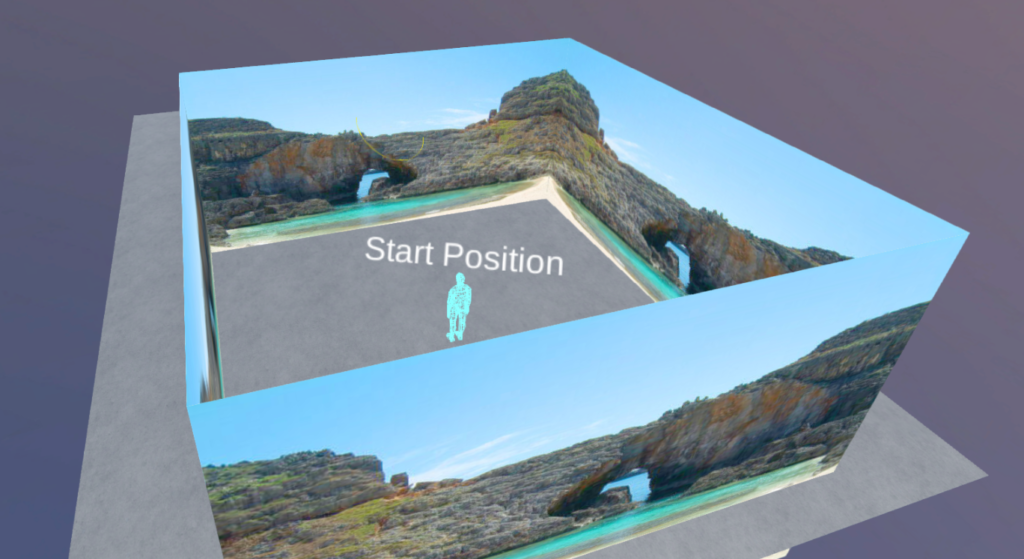 It looks ‘continuous’ landscape now. This completes the Scene with a single continuous landscape as far as the eye can see.

Congratulations. I explained how to upload and insert an image with the Original Aspect screen, but there are more screen types available. So please taste them to find the one suitable to the image used and the scene you want to create.