Thank you for using STYLY.
STYLY was updated on Wednesday, 21st August 2019.

▼Updates
・The sign-up UI in the VR mode has been added (Steam, Daydream, GearVR). 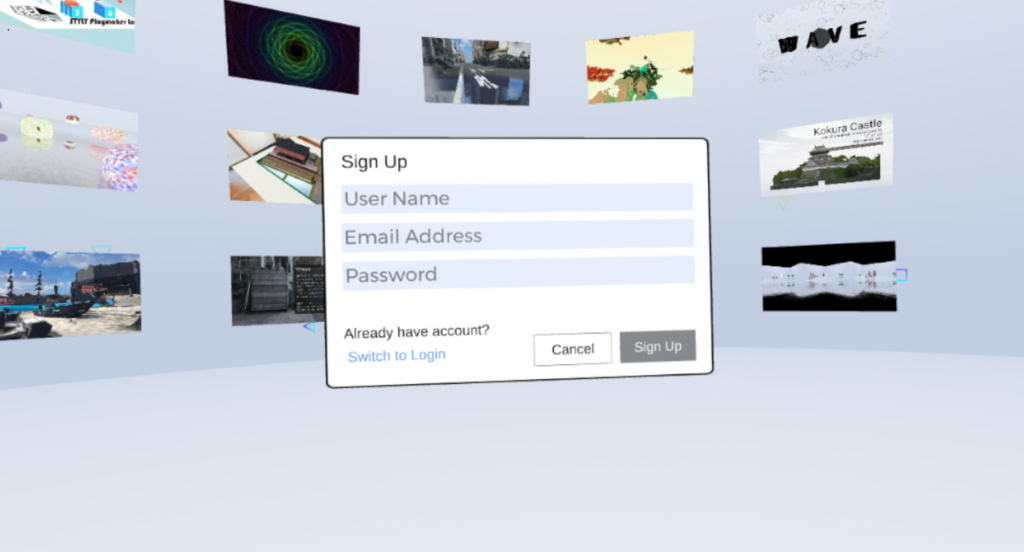 The sigh-up UI in the VR mode

・’Poly cache’ has been enabled for GearVR and Daydream (Max size: 512MB).
・In the PC-version desktop UI, the recommended Scenes are now listed with the same thumbnails as in the Gallery.

▼Bug fixes
・The issue causing deterioration of picture quality of images and icons has been solved (Mainly for Daydream and GearVR).
・The problematic behaviour that the startup sequence doesn’t progress when launching STYLY Studio / Player has been improved.
・The issue causing problematic motions of the camera in WebPlayer when it’s controlled by PlayMaker has been solved.
・The scene effects are not applied to the UI of the menu display in the scene any more(Steam, Daydream, GearVR).

▼STYLY for GearVR（Oculus Go): You need to be invited, so please contact us from:
Japanese: STYLY助け合い所
English: STYLY user group