I would like to introduce a VR work called “TRIGGER POINT.

The work is about the body and media under the situation of spreading infectious disease, and the collective unconscious that is born from it, and develops a space in which the body is adrift in concrete objects as a fairy.
Created by Croatian media artist Pirate Sheep.

“TRIGGER POINT” characterizes and spreads in the space the idea of “the birth of pleasure and the change of physical condition” from “pressing pressure points” to “small life and death in the body” and “today’s media situation that even changes our view of life and death”.

Explanation of the work by the artist

Trigger Point is a distorted studio space inspired by the collective unconscious of unaddressed massage needs. A place where massage fairies gather to practice their craft.

LORE
The first inkling of physical discomfort gave
birth to a need. That need was unaddressed.
The need got so powerful it ended up
materializing a solution for its problem in
the form of a Massage Fairy.
Massage Fairies grew in numbers. As more
were born into this embedded quest, the more
They learned from each other. In time, different
art forms developed into the trigger point therapy.

Marta Strazicic aka ‘Pirate Sheep’ is a Croatia-based multimedia artist. Her most recent works are inspired by the post-post apocalyptic visions of digitized – self healing and therapy based archetypes. Marta also works as a Technical Artist for the VR studio PatchXR that focuses on a new form of intersensory art. She is also a part of YCY, a company that is paving the way to AR digital fashion. Her digital work was exhibited in multiple digital exhibitions curated by SuperRare and MakersPlace. Earlier she performed at SonicActs (Amsterdam, 2020) and Extravagant Body, Extravagant Love festival (Zagreb, 2019). Her animations were featured on Animafest, Superchief Gallery, Gossamer Fog Gallery. Marta’s short film “Trigger Point INKlings” was premiered on FACTMAG in late 2020.

According to the artist’s description, the following elements make up the work.

These two points will be discussed in this article based on the discussion of bodily sensations that have been changed by the media.

When one hears the word “massage,” the first thing that comes to mind in media theory is probably the phrase “the media is a massage” by Marshall McLuhan. 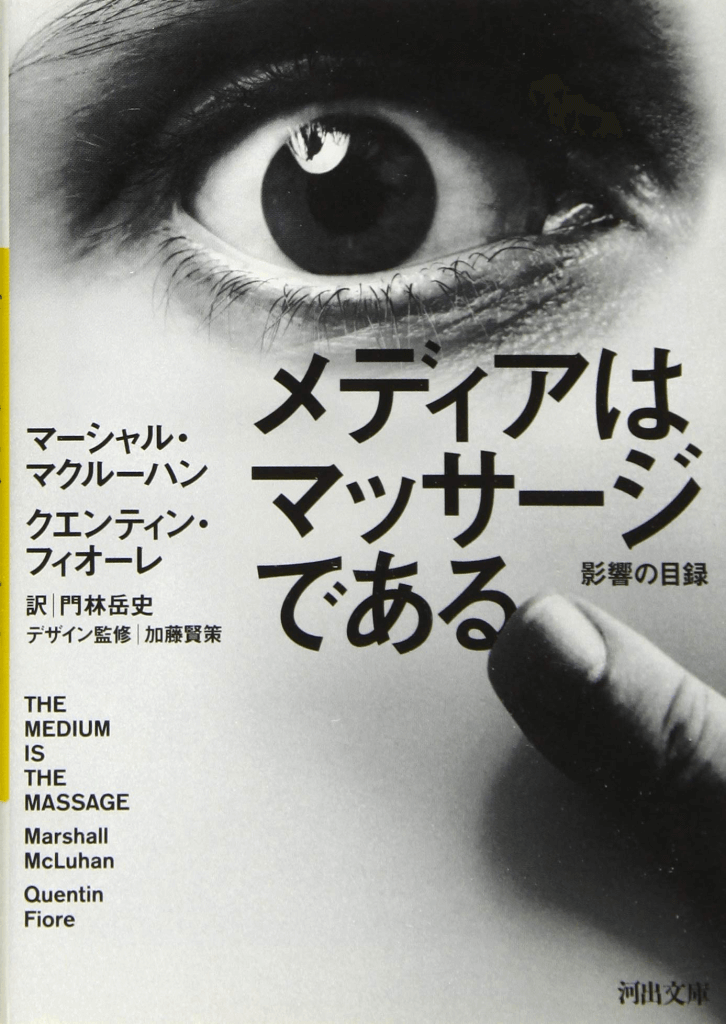 McLuhan’s phrase “the media is the message / the media is the massage” describes a situation in which media diversification itself extends and transforms people’s perceptions beyond the content and the stories and contexts contained therein.

McLuhan has developed his media theory in the following publications.

The Mechanical Bride: Folklore of Industrial Man (1951)
The Gutenberg Galaxy: the Making of Typographic Man” (1962)
1964 Understanding Media: the Extensions of Man

In The Mechanical Bride, while discussing the development of media and robots in a prescient way to future mankind and society, he also discussed sex/gender and its related life and death in a science fiction way, as extended by the market and technology.

In The Gutenberg Galaxy, tracing the transition of mankind’s spoken communication to letters and symbols, he describes the technological extension of the body through repetitive information, and the way in which our sense of time has become cinematic, chain-like, and pictorial, describing people as having “sleepwalked”.
The place inhabited by people whose inner universe of images has thus expanded was described as “Gutenberg’s galaxy.
He indicates that fixed perspectives and their paradigms are ending, leading to a reorganization of the media.

In his media theory, while naming the future with the spread of the Internet as a “global village,” he also emphasized that “media is the message,” “hot media and cool media,” “users become content,” “major discoveries are protected by public distrust,” “individual technologies change the It was not the picture in the picture frame that was to be changed, but the frame that was to be changed,” and other such prescient and symbolic phrases.

This concept of a “global village” could be said to have foreshadowed visions such as the “Metaverse” and “Web 3.0,” which are currently the subject of much discussion.

This book is an attempt to directly express in the medium of a book the massage that media causes in people by means of this poetic text and visuals. 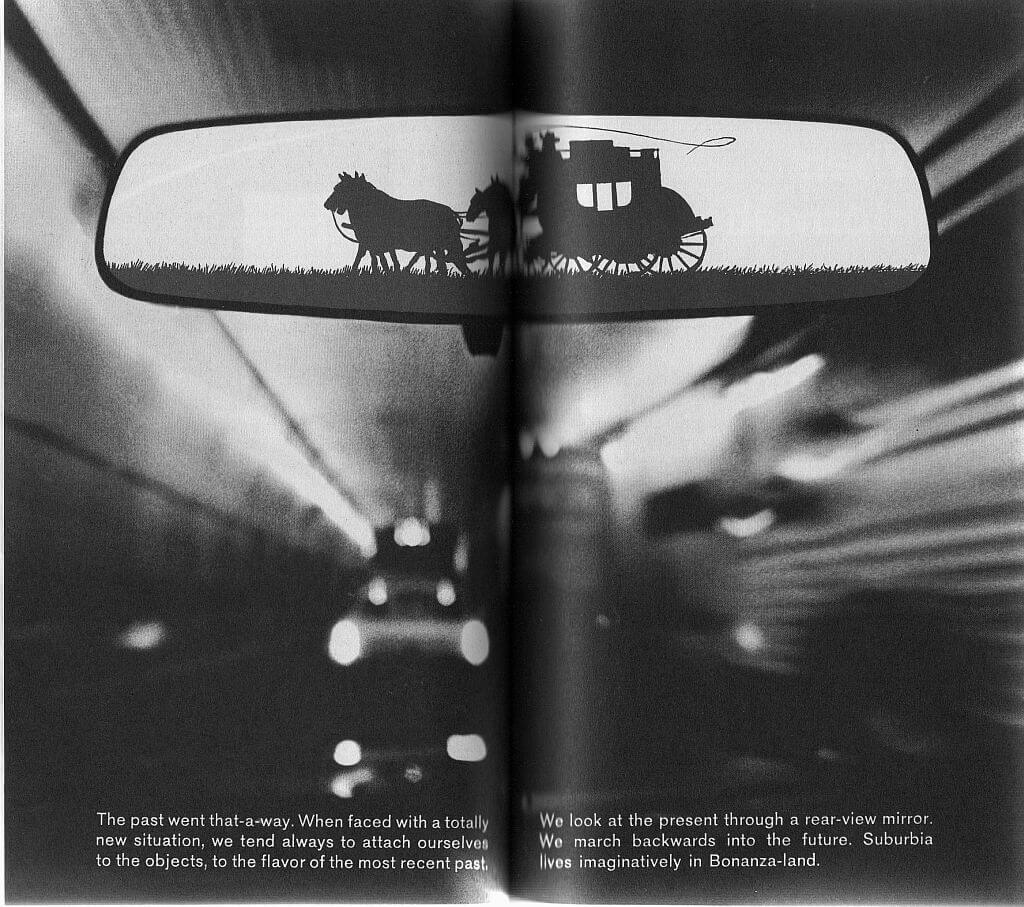 Embodiment of Massage in 2021

Now, after these discussions, what does the work “TRRIGER POINT” look like today, in which the situation surrounding the media and the “massages” performed by the media are again put into a concrete image?

In the situation of the spread of infectious diseases, our physical senses are more influenced by media and technology, and we struggle to maintain our lives while being determined by the direction of expansion or, conversely, being in a state of dis-ease.

The artist states that “TRIGGER POINT” is a representation of a studio where the needs that arise in this situation materialize and develop into “therapy = massage”.
Various art forms become fairies in response to this collective unconscious of massage and heal people.

The situation immediately after entering the VR space

The ground in the foreground has a pattern that is a metaphor for the pressure points of a massage, followed by a mirror-like floor that reflects space and fairies, and as you move toward the back, the floor changes into a geometric band.
This seems to symbolize the rhythm of acupressure in massage.

Patterns on the ground

On the monitor in the upper left as you enter the VR space, a human torso is scanned and an image of a muscle fairy massaging a corpse is shown.

Video of the torso being scanned

The dead are massaged by fleshy fairies

Contemporaneity dealing with massage and therapy in the Corona Disaster

Experimental works on bodily sensations in the Corona Disaster have been presented in Japan.
We will discuss “TRIGGER POINT” in comparison with those works. Aya Momose, whose works are primarily video-based, presented a work entitled “Therapy Performance” in 2021.
In this work, after answering a number of questions, the viewer actually receives acupuncture treatment while listening to an audio recording of the questions they have answered.
The experience of receiving treatment with one’s own body while repeating the content of the medical interview in one’s own mind is also a re-creation of one’s own physical sensation. 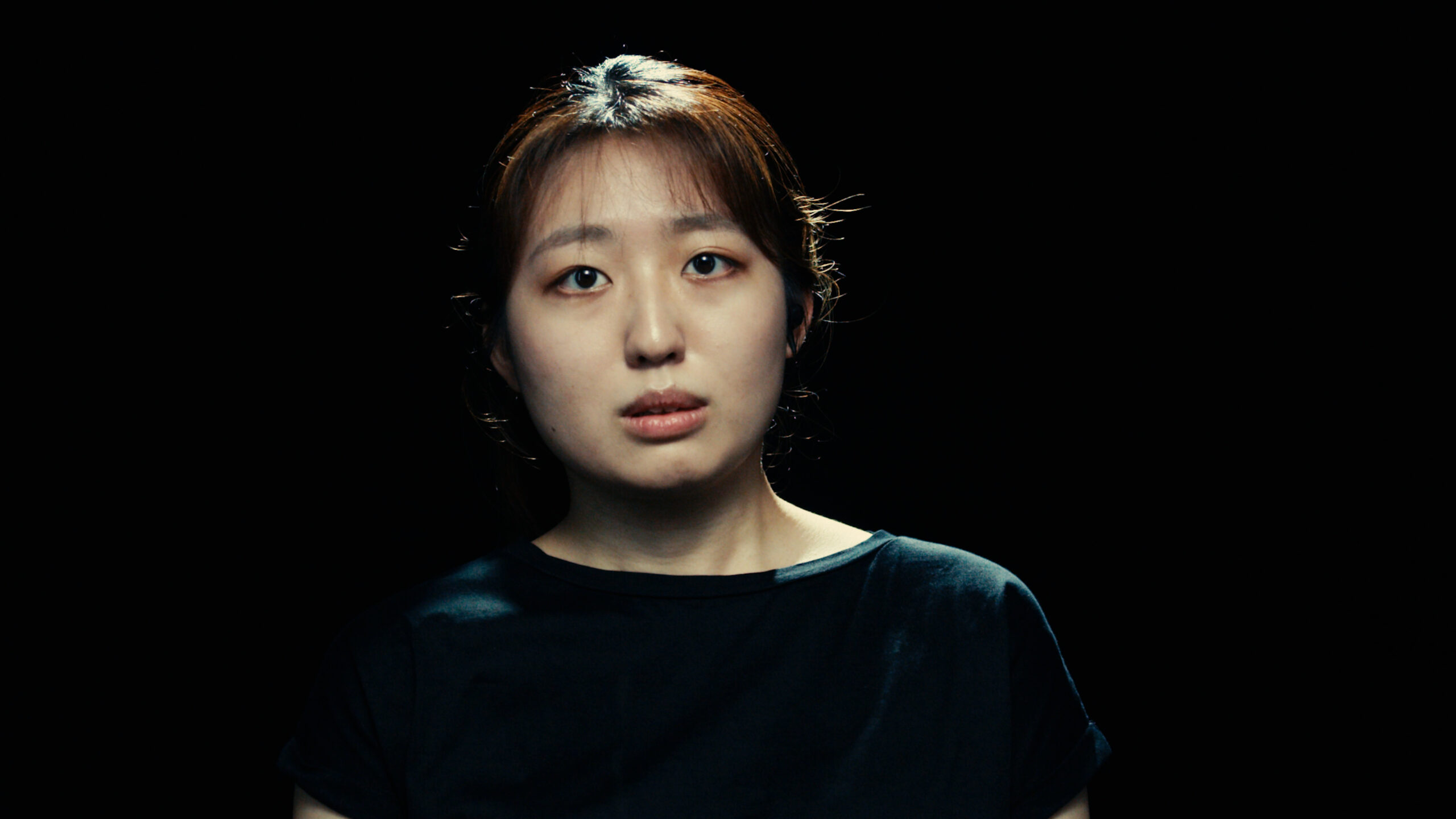 Meiro Koizumi presents a video work based on his online work “Spell of Freedom Hypno-Experiment” (2021), which he created with hypnotist and researcher Masataka Urushihara.
The work was based on the “Spell of Freedom Hypno-Experiment” (2021), a hypnosis experiment in which the participants’ unconscious is relaxed and their emotions are released through their own speech, using hypnosis as a therapeutic tool.

In this way, works were created in Japan that attempted to understand, through massage and therapy, what physical sensations have been suppressed, curved, strengthened, diminished, recovered, and reversed under infectious disease conditions, and how our fatigue can be healed.

Resuscitating the Dead. The Uniqueness of “TRIGGERPOINT

“TRIGGER POINT” is a unique expression of VR in that it does not directly provide massage or therapy, but rather conceptually develops an image of its ecology and communication in VR space while embodying its needs as a fairy.

In the images shown in the work, there is a depiction of the dead receiving massage and being purified.

It can be said that massage is a fluid act in the relationship between death and sex.
It is an act of pushing to death fatigued body parts (capillaries are crushed and blood flow improves), which creates new cellular activation and accelerates metabolism.

The fairy massages the critical sense of modern society and its situation, which is a continuum between the image of the dead and the gradual death of one’s own body.

The ability to directly develop these views of life and death as virtual images in space is an expression unique to virtual reality.

In his book “The Shaken Order – Model Antigone,” theater scholar Hans Lehmann tells the following story about one of the stories of burying the dead, even at the risk of the law.

Without directly intervening in the life and death of an infectious disease situation, the massages in “TRIGGER POINT” seek ways to save the body from death by describing the media that transform our bodies.

TRIGGER POINT” characterizes and spreads images of “pressure points,” “the rhythm of flesh being pressed by flesh,” “small life and death in the body,” “the state of today’s media that changes even our view of life and death,” “the creation of pleasure,” and “changes in physical tone” in the space.

You can experience 《TRIGGER POINT》 from here.

If you are accessing from a smartphone, please click the “Experience the scene” button (*For first-time users, please refer to the following instructions).

After clicking, the following screen will appear.
If you have already downloaded the smartphone version of STYLY, select “Continue on Browser.

Then select “Play on Mobile App” to experience the scene.

If you have an HMD device, click the “Experience Scene” button on your PC (Web browser), then click the VR icon on the scene page.

If you are accessing from a PC (web browser), after clicking the “Experience a scene” button, select the Mobile icon on the scene page and scan the QR code to experience the scene.

For information on how to experience AR scenes, please refer to the following article.