In this article, I’d like to introduce you to the XR work “KUSOKORA LAND” by XR engineer/artist “Fusikky”.

Let’s experience the insanity of XR with mug shots! 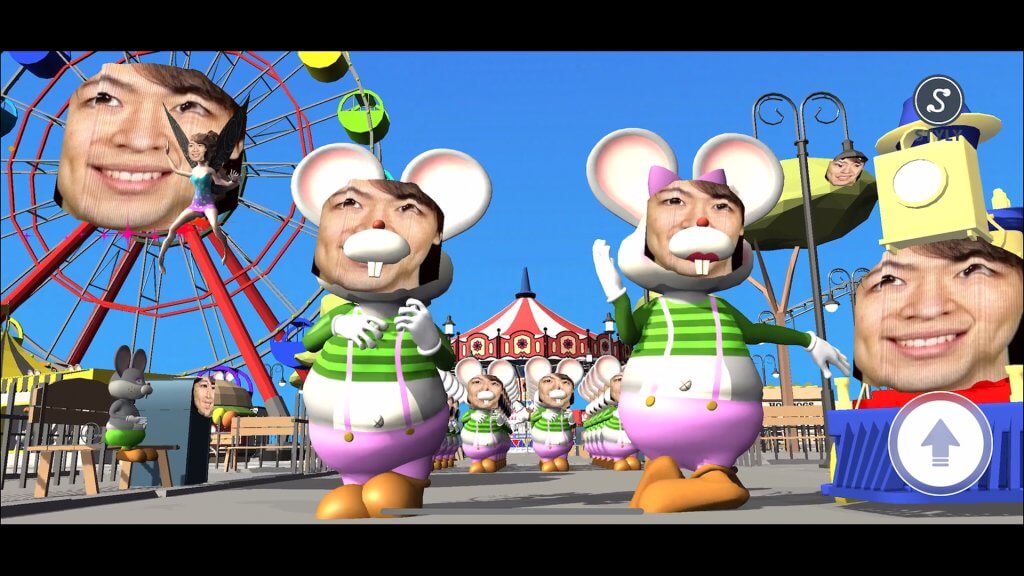 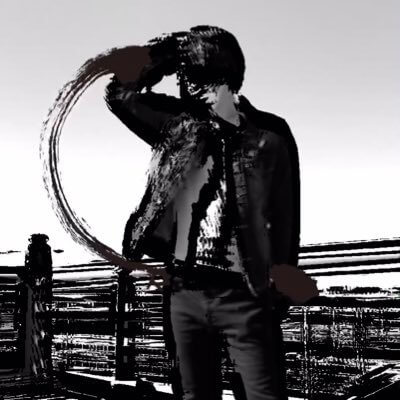 XR engineer. He is developing a virtual CG compositing system at CyberHuman Productions Inc. He is involved in AR projects both inside and outside the company, such as AR glasses application production.
After winning the Dance with AR hackathon, he formed a team called XR JAPAN and is currently researching new expressions that combine XR and performance.

（Taken from the official website of NEWVIEW AWARDS 2021 https://newview.design/en/works/kusokora-land/ )

He has been working and producing works that explore the possibilities of dance/physical performance using AR technology, and has presented a variety of works.
One of his representative works is “XR JAPAN”. 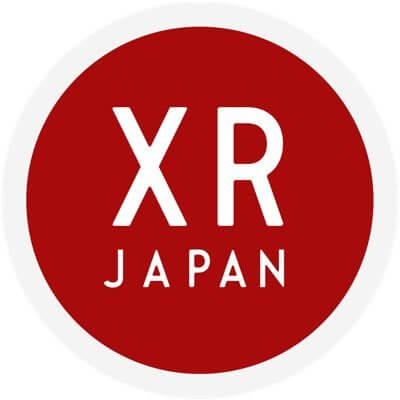 XR JAPAN is a creative label with the concept of “XR x Performance.” XR JAPAN released “ARIVE” as an “AR filter application that expands the expression of performers”.

While many of Fusikky’s works use the body, this time he has created “KUSOKORA LAND” with a completely different theme and motif.

What is “garbage collage”? Is it an amusement park, and how does he incorporate XR into his work?

I’ll explain everything from how to enjoy the work to the key points.

This is a work to be enjoyed with a smartphone.

It is an amusement park where photos of faces taken with a smartphone are collaged.

I’m sure there are many things that I can’t explain in words, so let’s take a look at the video that Fusikky prepared. It gives a general overview of how to play.

What do you think? There is so much information that I can’t keep up with it.

Fusikky explains it as follows.

Your passport is ready that will take you to the dream land.
Let’s make a passport from your photo.
Now, you go through the gate with your heart pounding with excitement.
But what? You’ve wandered into a wonderland. What kind of country is it?
It’s a world that only “you” can experience.
Please enjoy the strange experience of Wonderland.

By using AR technology and applying real “faces” to a VR amusement park, a world of madness is born.

I will explain what kind of image this madness constructs, focusing on “garbage collage” and “faces”.

What is “garbage collage”?

The term “garbage collage” is derived from the fact that it mainly applies to shitty collage illustrations.
A story image that has been quickly collaged as an inexplicable gag.
It often uses images of anime or comic characters, or photos of real people as the material, and has a jagged style that makes use of or takes advantage of the situation of the material.
The collage itself is a story, so the key is how to make it funny.
Because of the triviality of these collages and the fact that the style is so devoid of respect, people are selective, and there is a tendency for the creators themselves to establish a name for the genre and declare it “garbage collage.”
In addition, on social networking sites such as Twitter, when a new story is discovered, a mysterious grand prix is suddenly held, and among them is a competition that tweaks ISIS.

The term “garbage collage” was born as a collage on the Internet.

The ease with which it can be messy and the image that “it’s only messy that’s good” have elevated the concept of “garbage collage” to a new level.

Nowadays, Youtubers and others use “garbage collage” as a theme.

The “madness” found in garbage collages

Fusikky took the concept of “garbage collage” and incorporated it into XR, making it not only entertaining, but also crazy.

The insanity is focused on the “face”. 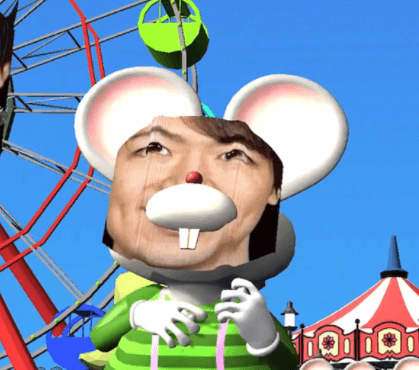 Your own face appears as a garbage-collaged character or an object in an amusement park. 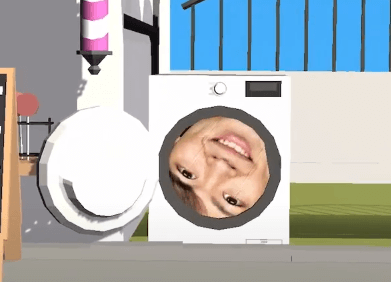 When the “human face” that we are accustomed to seeing is deformed or transformed into another state, that sense of discomfort turns into “anxiety”.

One artist who has used this concept is the DJ / electronic musician Aphex Twin. 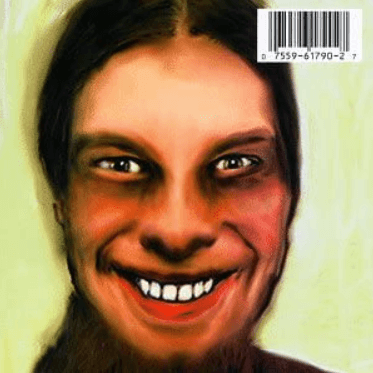 Aphex Twin is a DJ and electronic musician who has sought to disrupt traditional club music such as techno and house to create new musical structures.

He finds madness in the deconstructed sounds created in the process, and his visual art is often crazy to represent these sounds.

One of his masterpieces is Aphex Twin’s music video “Come to Daddy” (directed by Chris Cunningham).

As you can see from the thumbnail, Aphex Twin’s own face is “collaged” onto the face of an infant.

By using the face as a motif and transforming it into an object, an image of eeriness is created.

In addition, the “infant” is a key point.

Fusikky’s “amusement park” motif can be said to be a space that symbolizes a certain “unusualness,” “innocence,” and “childhood.

The infant in Aphex Twin’s “Come to Daddy” can also be seen as a symbol of innocence and childhood.

The fusion of the motif of childhood and innocence with the eeriness of the human face has a synergistic effect of madness. Isn’t this where the madness that Fushiki-san creates comes from?

By collaging the “reality” of AR and the “virtual” of VR, I think this image transcends the traditional 2D representation of shit collage.

It is an experience that expands the concept of “garbage collage” and steps into unknown territory for us.

Let’s take a look at this work of art that expands the concept of “garbage collage” and sublimates it into madness from various angles! 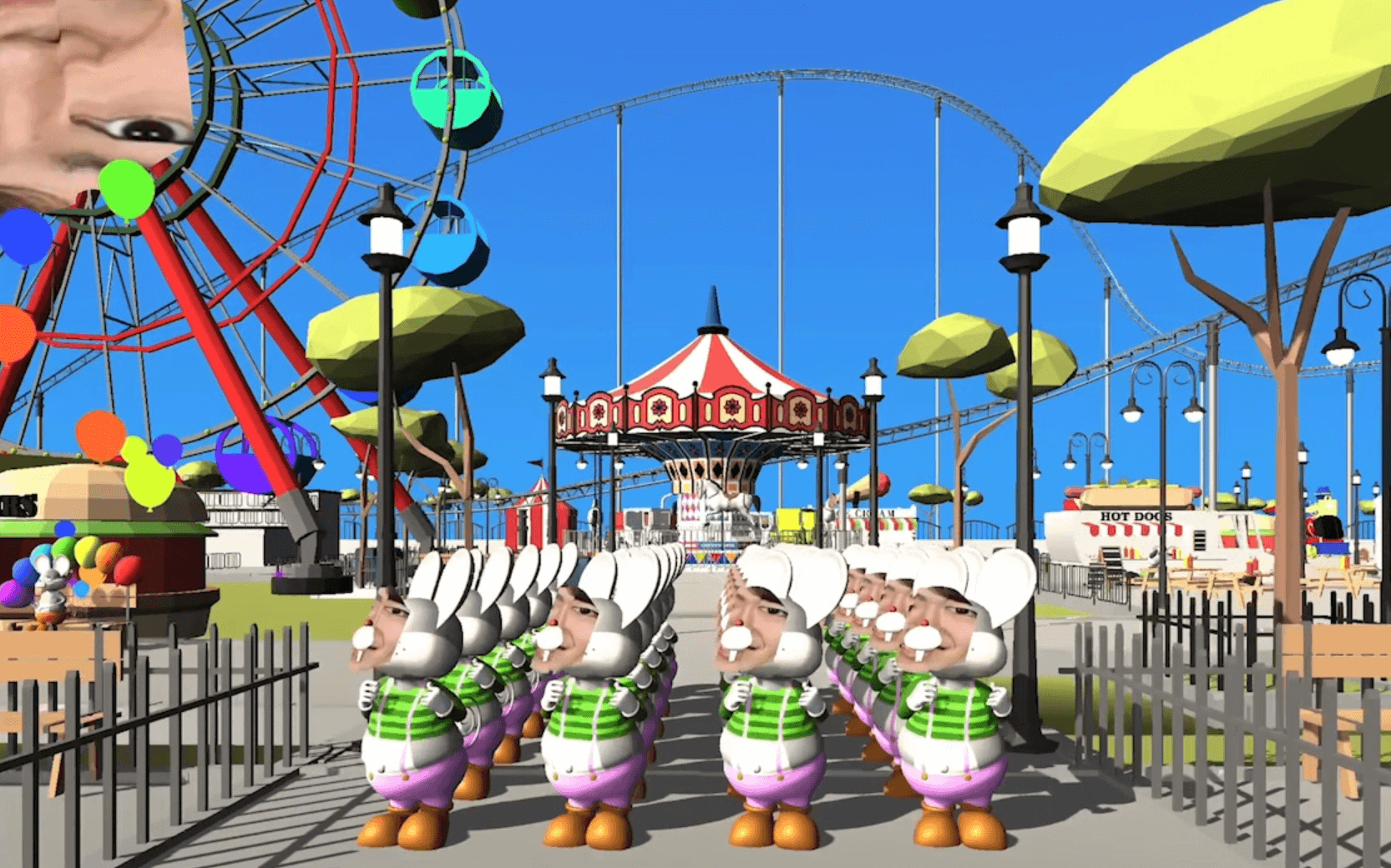