This article explains how to use one of Unity’s components, “Cloth”, to represent the mesh of a 3D model as cloth.
We will start with how to use the component and explain the basic usage.
Let’s understand the physical representation and apply it to our VR creation! 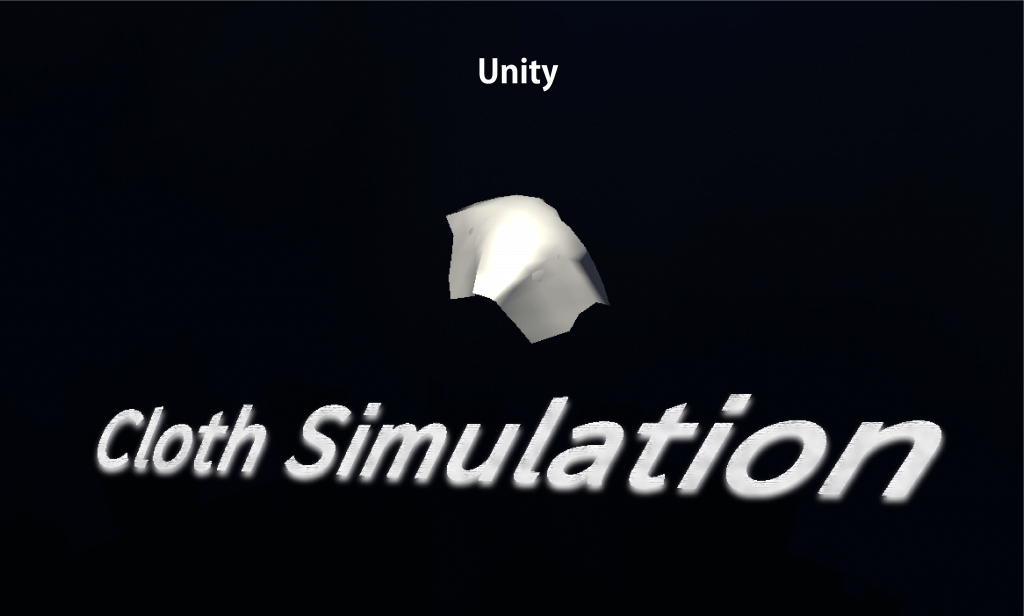 This is a simulation of a Plane with a Cloth component attached colliding with a Sphere.
Let’s see what we can create.

Let’s start a Unity project and create a new scene.
In this scene, we will create a Plane to which we will attach the Cloth component and a Sphere that will collide with it.
Right click on the Hierarchy window and select 3DModel > Plane and Sphere to create them.

The Transform of Plane is as follows. 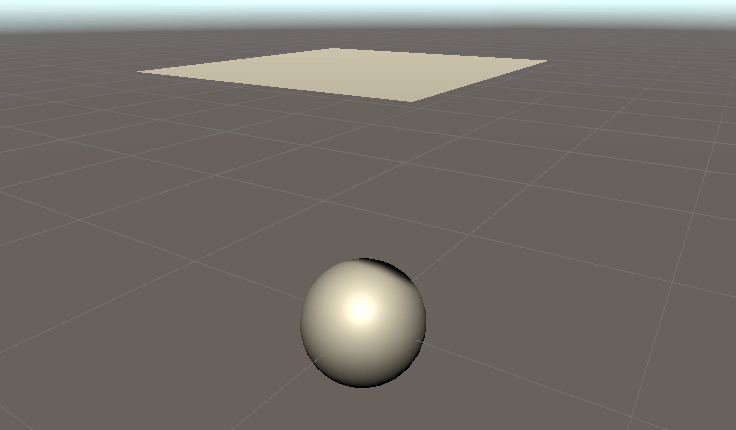 Now we are ready.

Let’s add a Cloth component to the Plane.
With the Plane selected, select “Cloth” from “Add Component” in the Inspector window to add it. 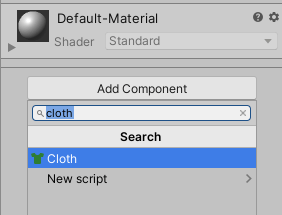 Now we have added the Cloth component.
Looking at the component, you can adjust various properties.

Each property and function of the Cloth component is shown below.

The detailed settings for each item will be adjusted when representing clothing and other items.
We will omit them this time since we are just trying to learn the basic usage.

Colliding a Plane with a Sphere

Let’s try to collide a Plane and a Sphere as a basic usage.
The Cloth component will activate Gravity even without attaching a Rigidbody. 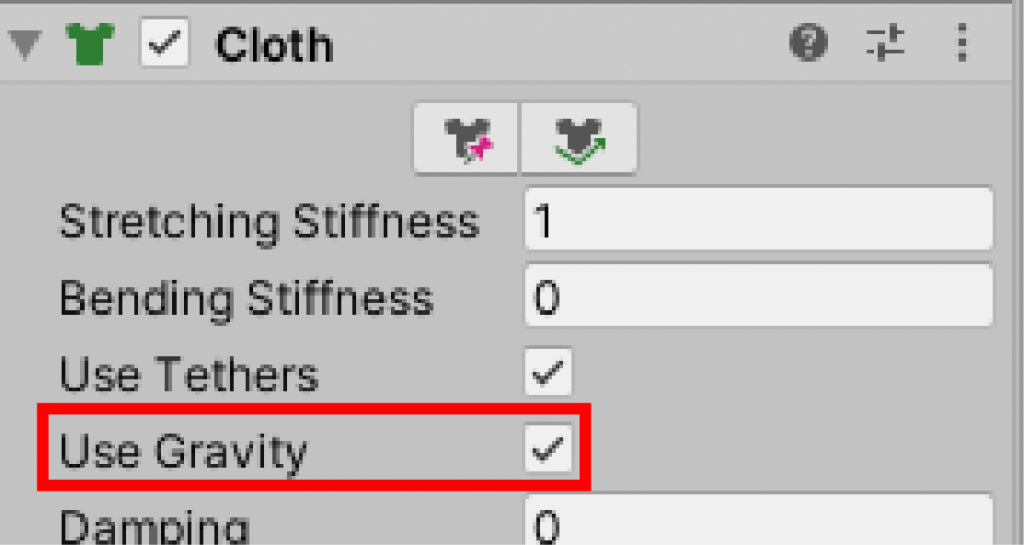 Use Gravity is ON

Let’s play the scene in this state.

The Plane and the Sphere do not collide with each other, but pass through each other when played in this state.
Set the properties of the Cloth component to make them collide.

A typical way to make a 3D model with a Cloth component attached collide with another 3D model is to use the Sphere Colliders of the Cloth component. Here is an explanation.

With the Plane selected, check the Cloth component in the Inspector window.
You can set the property “Sphere Colliders” to collide. 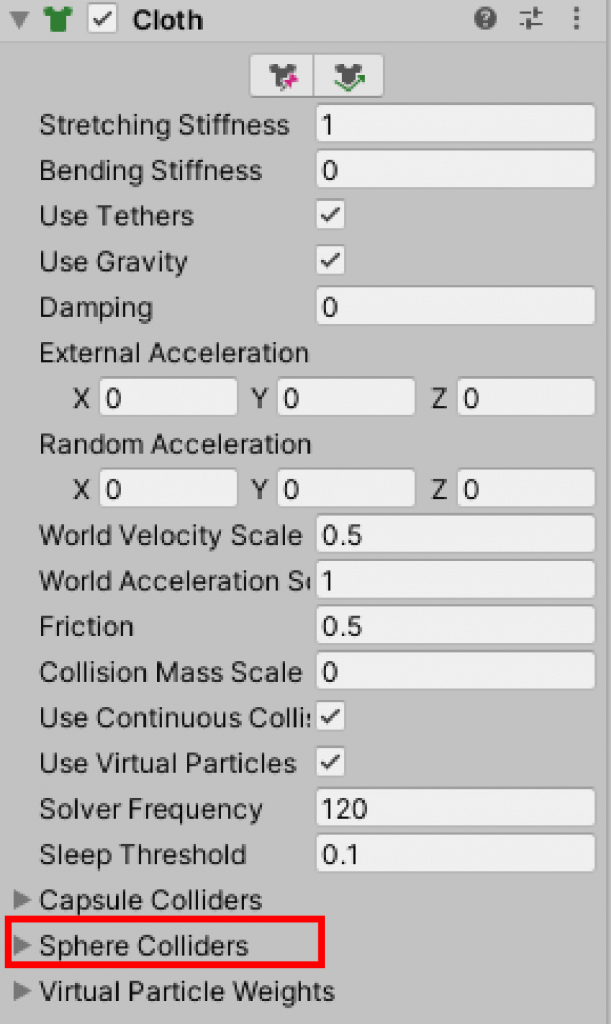 Click on the left ▶ to display the menu.
When the menu appears, a property labeled “Size” will appear.
The value of “Size” is the number of Colliders that will be used to set the hit detection for the Cloth component.
Currently, it is set to “0”, which means that the number of colliders that will be set to collide is zero (because the Sphere is not set to collide), so no collision will occur.

You will now see a new property called “Element 0”.
There are First and Second properties, but we will only use First.
Drag and drop the Sphere in the Hierarchy window to the empty space in the First property. 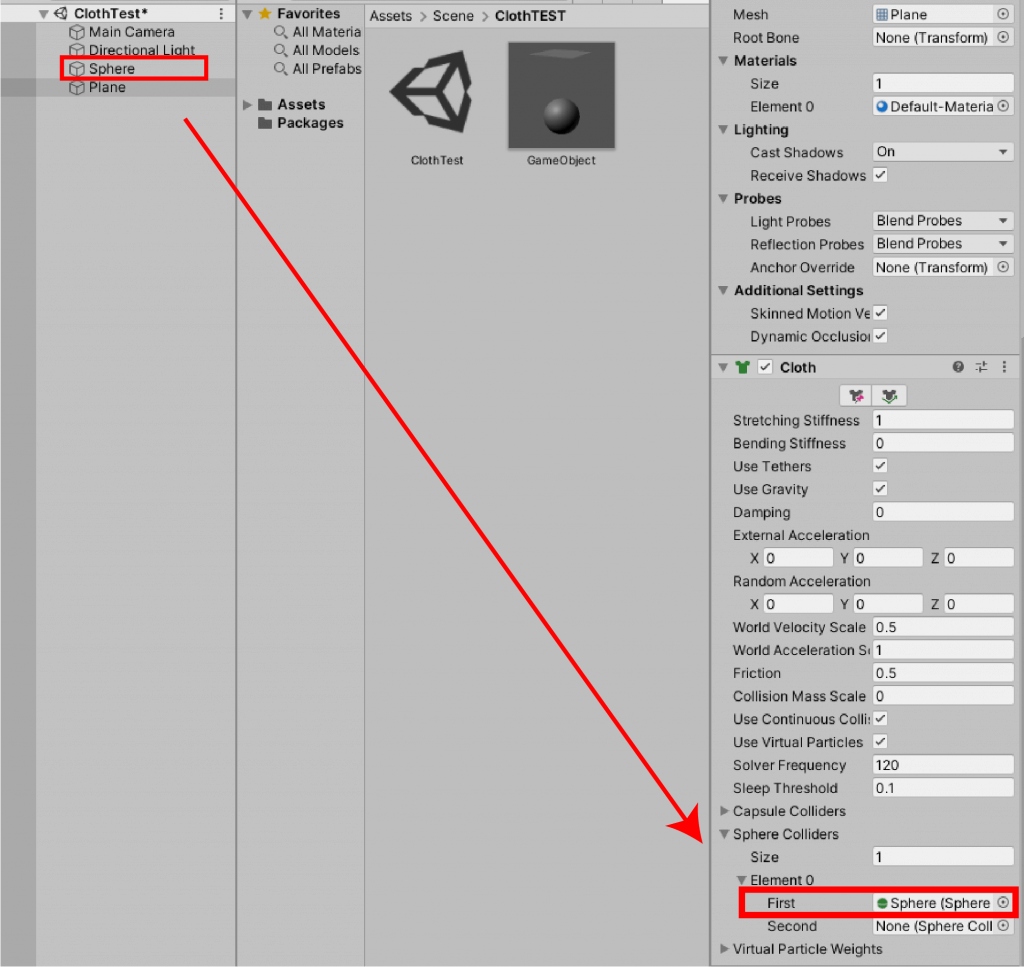 The Sphere in the scene is now set to be a hit point for the Plane (Cloth).
Let’s try playing the scene.

The Sphere actually collided with the Cloth, and the Cloth-like movement was expressed.
If you want to create another Sphere and collide it, set the Sphere Colliders of the Cloth component in the same way again.

Putting together a Game Object