In this article, I will introduce a Unity asset for confetti that can be used to clear a game.
This time, we introduce a paid asset called “Confetti FX”.

We have created a simple sample scene using Confetti FX.
You can experience the sample space from the STYLY GALLERY. 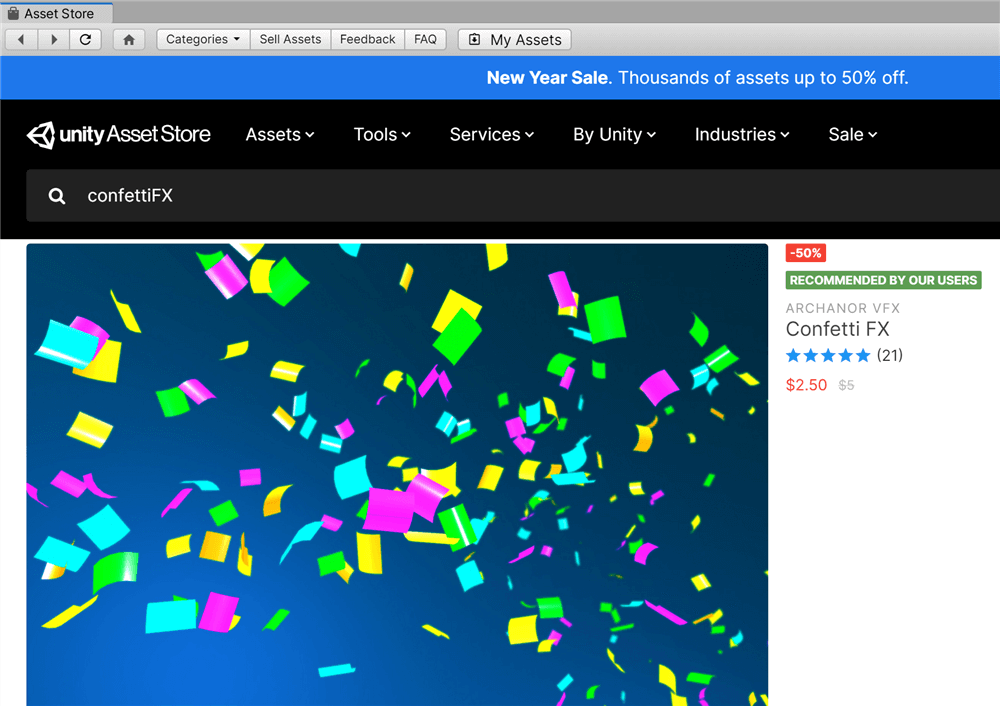 After searching, Confetti FX will be displayed, and you can download and import it.
Please note that there is a fee for Confetti FX assets.

You can use it by placing a prefab in your scene. 2D and 3D prefabs are available.
For both 2D and 3D, there are three types of confetti: Directional, Explosion, and Fountain.
There are also several types of colors, from monochrome to colorful.

The following video shows a 2D Fountain type prefab, only the 2D Fountain type has a standard starting point for confetti that looks like a spark!
By the way, the 2D prefab can also be used in Unity’s 3D project, so you can STYLY upload it to your VR space!

The following video shows a 2D Explosion type prefab.
It could be used to make confetti burst on the screen when the player scores a goal!
It looks great when the background is set to a dark color such as black or deep blue, or a light color such as white.
If you put a lot of them together, they look like fireworks.

The next video shows a 3D Directional type prefab.
The front and back sides are expressed to give a more three-dimensional feel.

There are two ways to arrange the confetti asset by adjusting its inspector.
The first is to change the shape of the confetti. 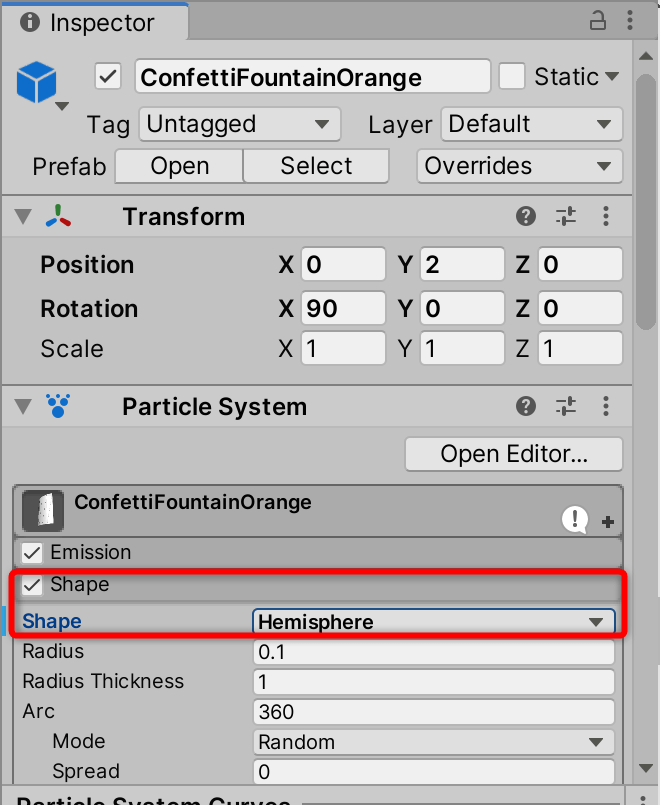 In the following video, the light blue confetti is the standard shape with no changes, and the orange confetti has its shape changed to Hemisphere.

The second method is to loop the movement of the confetti.
By default, confetti does not loop.
However, here is a way to make it loop without stopping the movement.

To do this, go to Inspector > Particle System > Prefab Name > Looping, and check the checkbox. 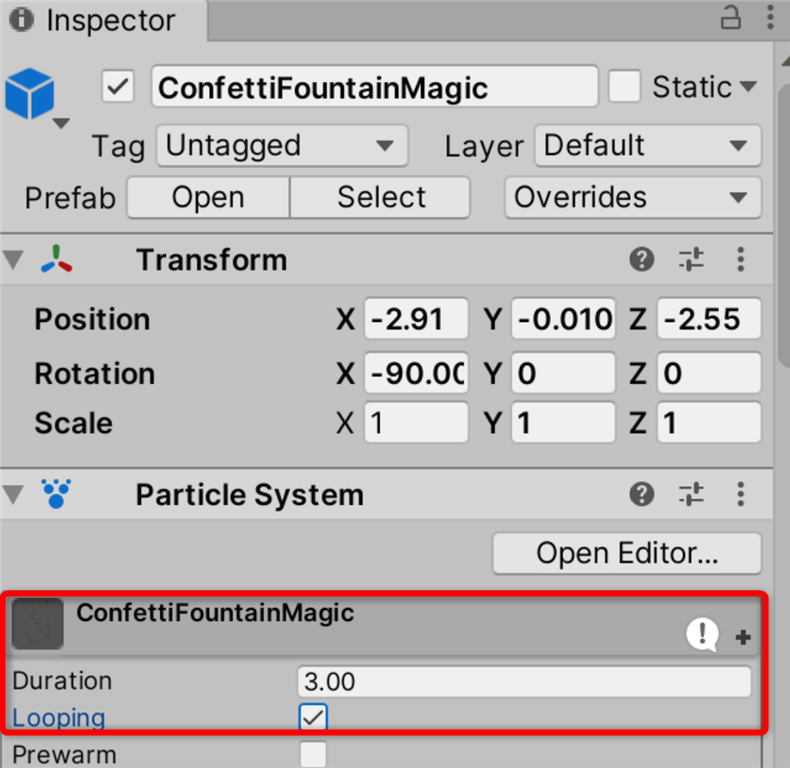 Turn on the Looping checkbox.

The confetti will now be looped.

To learn how to upload from Unity to STYLY, please refer to the link below.。

With Confetti FX, you can implement more spectacular effects, and give your users a greater sense of accomplishment!
We hope you take advantage of it!

Adventurer who moved from the accounting job to the Unity engineer. I am immersed in Styly every day to brush the expression of XR. Favorites Device Hololens2."