In STYLY, you can change the impression of a scene by the Filter function. 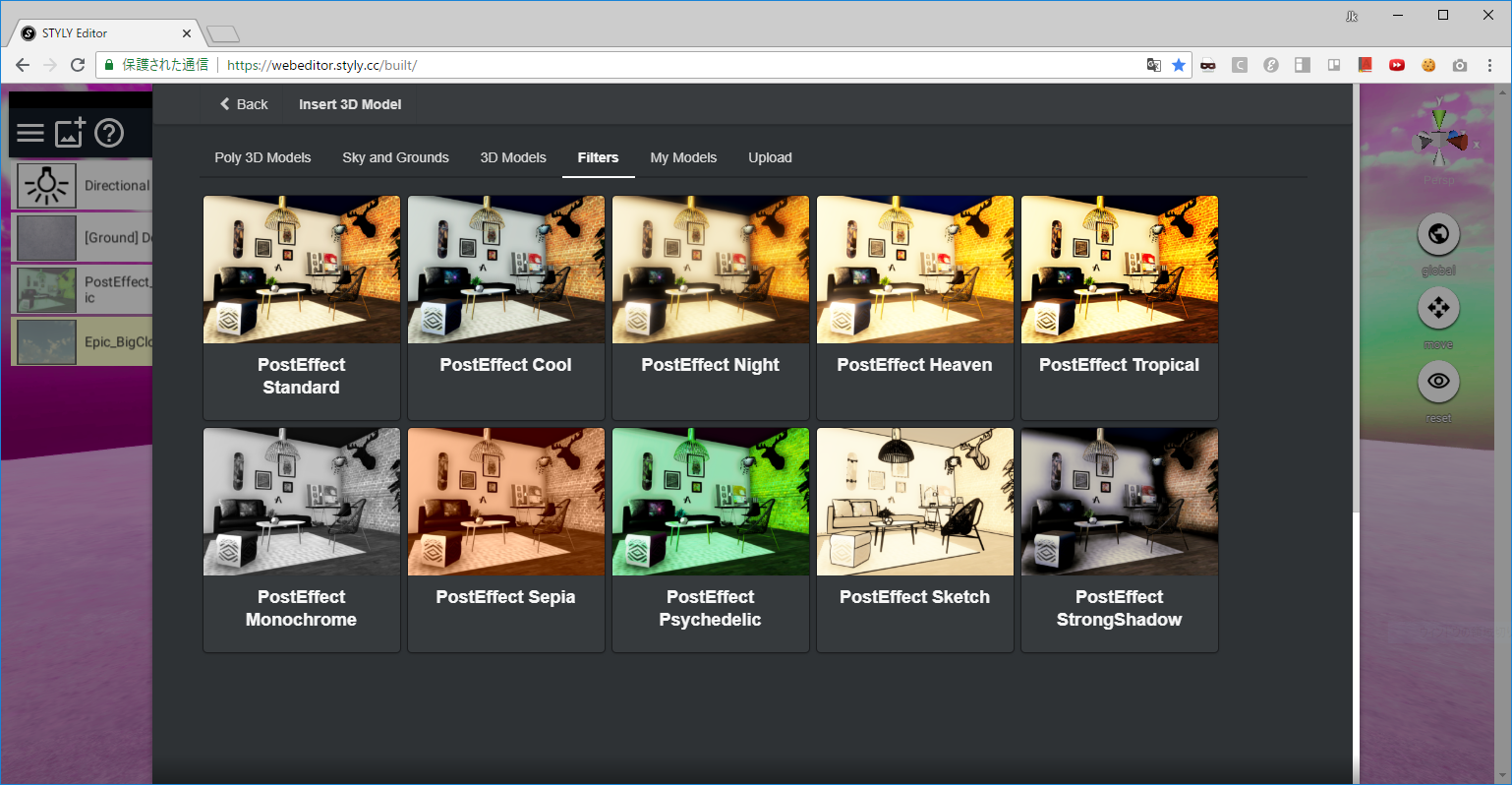 However, you would face the situation where you want to fine-tune the settings for Post-Processing as you start looking at the details. Playmaker allows you to use the Post-Processing Profile you made by your self. I published the sample Unity project. https://github.com/styly-dev/STYLY-Unity-Examples/tree/master/Assets/STYLY_Examples/SetPostProcessing About Post-Processing Stack, please refer to the following presentation material by Mr. Keijirou Takahashi. https://www.youtube.com/watch?v=r5mNmH68KPQ&t=295s 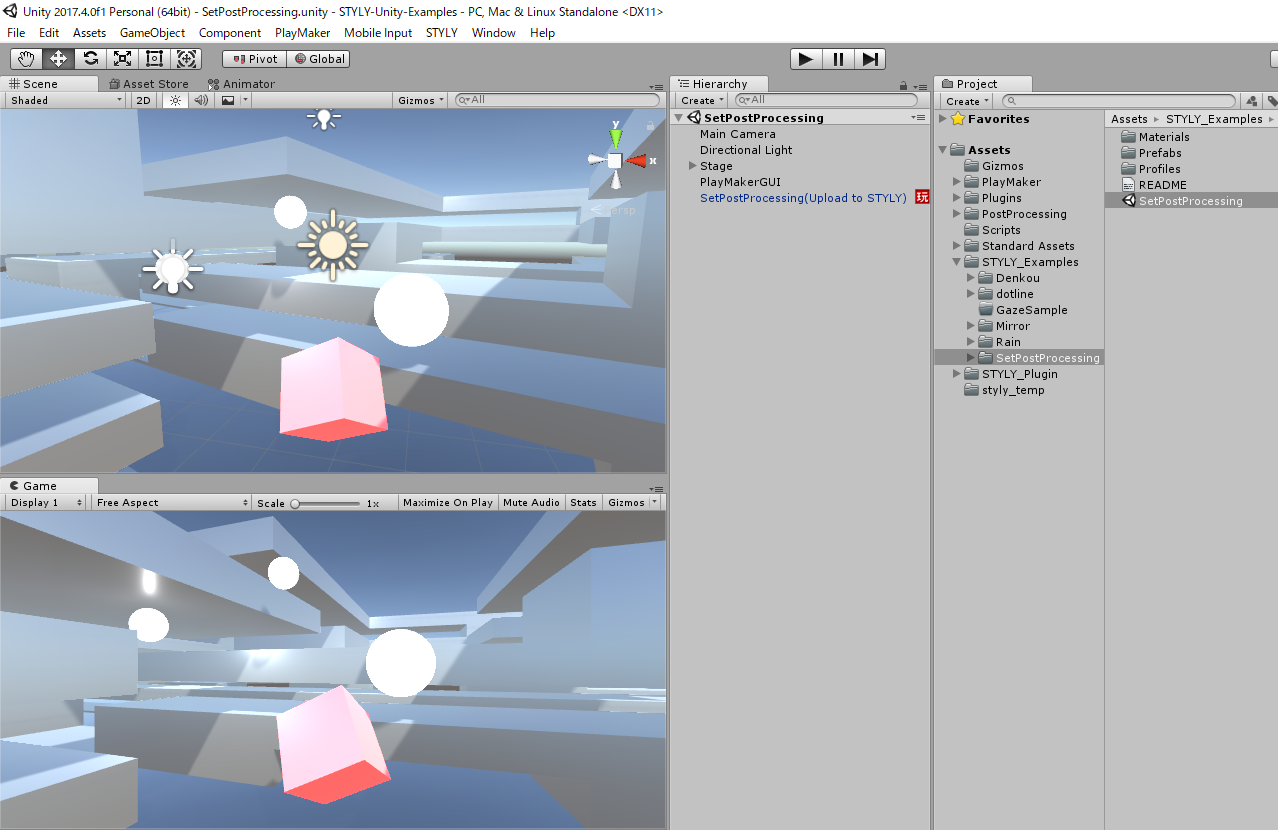 Once you run Unity Editor, the PostProcess will be set. It changes the impression a lot, doesn’t it? 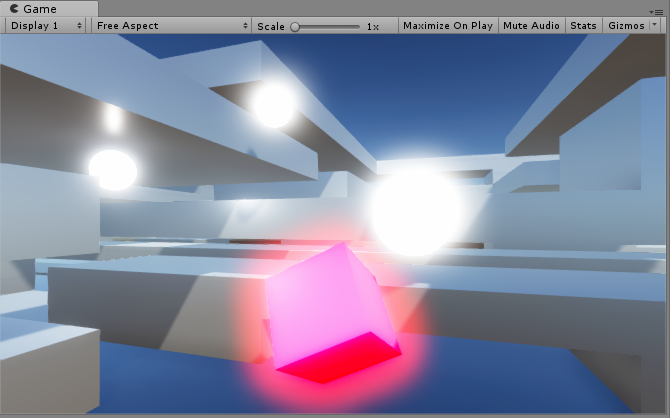 Some settings in Post Process Profile won’t work well in STYLY or VR. Invalid settings due to the settings of STYLY (As Forward Rendering/MSAA is enabled)

Don’t place more than two SetPostProcess in one Scene.

Multiple SetPostProcess in one scene cause a confliction. It also conflicts with Filter functions in STYLY so don’t use it either. 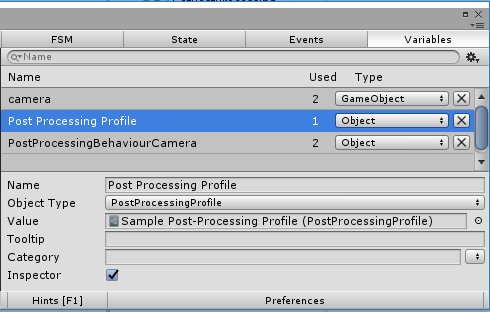 They are displayed in Controls on Playmaker FSM by checking Inspector box. It’s handy as you can set and check them without opening Playmaker Editor.

How to add a component to variables

I explain this as it’s a bit confusing. For example, add a new variable with “Variable Type” set to “Object” at first in order to add the PostProcessingBehaviour component. 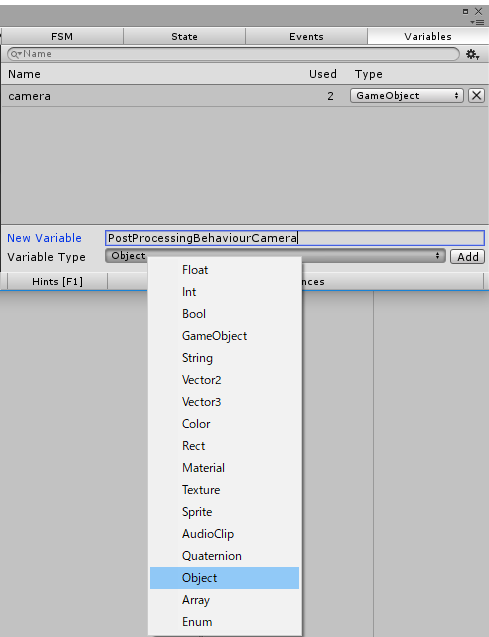 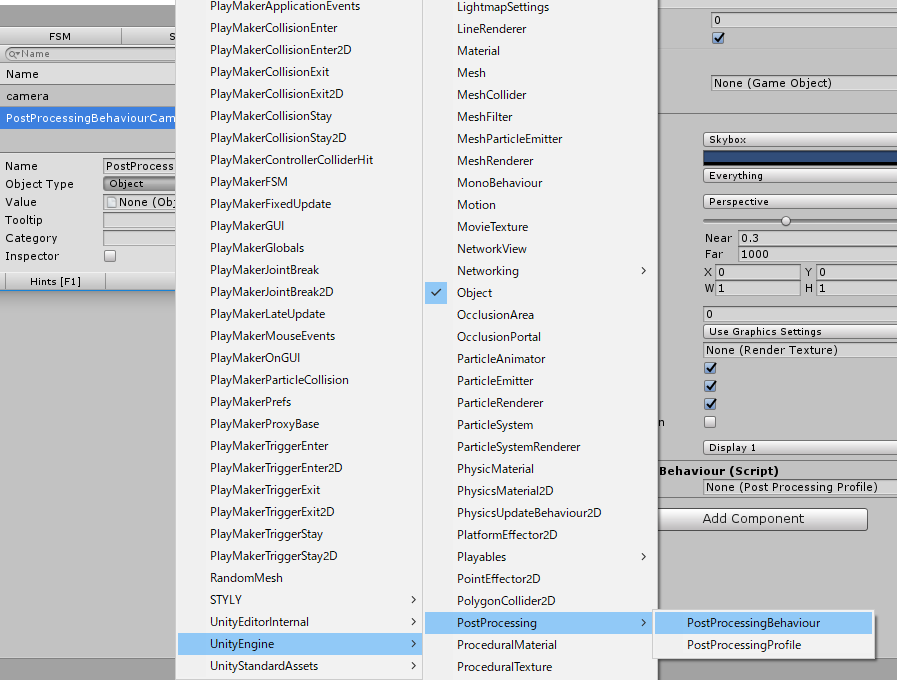 You can add PostProcessingProfile in the same way.

The explanation about State and Action 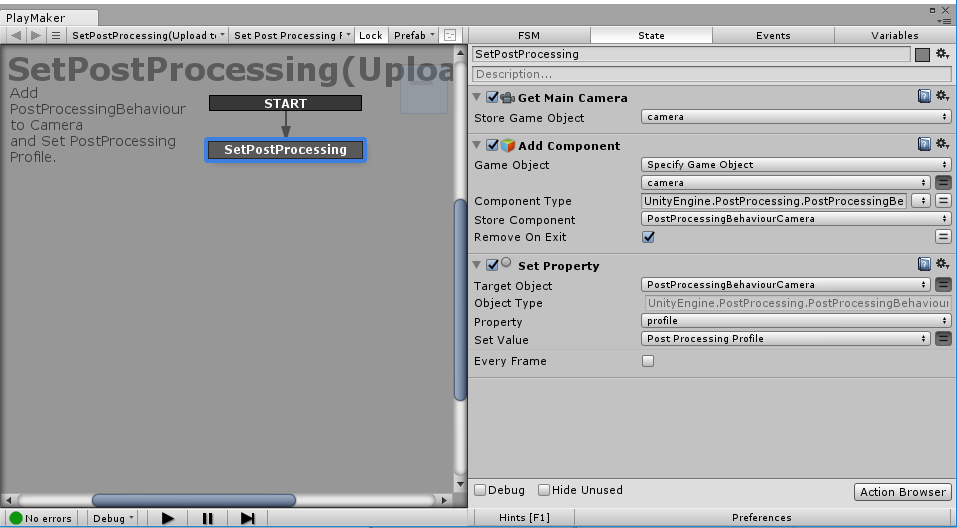 Once you run it, the state of SetPostProcessing is activated and execute the following actions in sequence.

Run it on Unity to check out how PostProcessingProfile is executed.   That is all about how to use Post-Processing Stack in STYLY and the explanation about Playmaker FSM.