‘paralledice’, a VR space created by Mr Sou Ootsuki, a movie director and creator, by using ‘STYLY’, a VRcreative platform.

‘paralledice’ is the work to exploit VR’s advantage to render unlimited space, extremely small space or difference in height, which is not easily possible by a 2d movie.

This work has a gaming content of getting to the goal at the top by climbing the scaffolding that changes from a staircase to blocks and then guns (i.e. from realistic object to unrealistic one) as time passes.

He is also a game creator. So, at every important point, I sensed his careful works such as his fine arrangement of climbing routes, well-thought-out branches of the story etc.

I also sensed his artistic style from the atmosphere in the space. It is rather attractive to look ‘silly’ in a good sense.

In this interview, I asked him about the points to care about in the design process of ‘paralledice’ created with STYLY. In 1977, he was born in Kanagawa Prefecture, Japan. He graduated from the Tokyo Institute of Art & Design. A movie writer and director.

He started his creative career from 3DCG creation. Following the context of visual culture such as graphics, movie, he kept playing with continuously-evolving movie equipment and software so that he leant various creative skills such as motion graphic, animation, live-action movie, game, VR movie. As commercial activities, he produces MVs, live-screen movies, movies for the fashion industry, promotion movies for companies. In addition, he still keeps his humour and passion for experimental works and creates high quality ‘ridiculous’ works from time to time.

One of his famous original work is ‘SILLY RUNNING’, which became popular in Nico Nico Douga and won a prize at Japan Media Art Festival.

I want to betray the expectation of ‘horizontal’ space.

— When you created VR space with STYLY, where did you start with at first?

Mr Ootsuki: Since it was the first time for me to use STYLY, I started checking through all I can do with it.

As a strong feature, STYLY can import various data, so I tried to import a 3d model created with ‘Google Blocks’. However, the 3d model was imported at a different point from the centre, so my start point was to deal with the errors and traps.

Although STYLY can import various data, it would not always be displayed with the ideal condition, so I thought I would end up with a fairly distorted appearance. It took about two weeks to come to this conclusion.

I guessed, even if I imagined a high quality work, it would be very difficult to build up exactly as I imagined. So, I started creating my work without prioritizing its final quality. 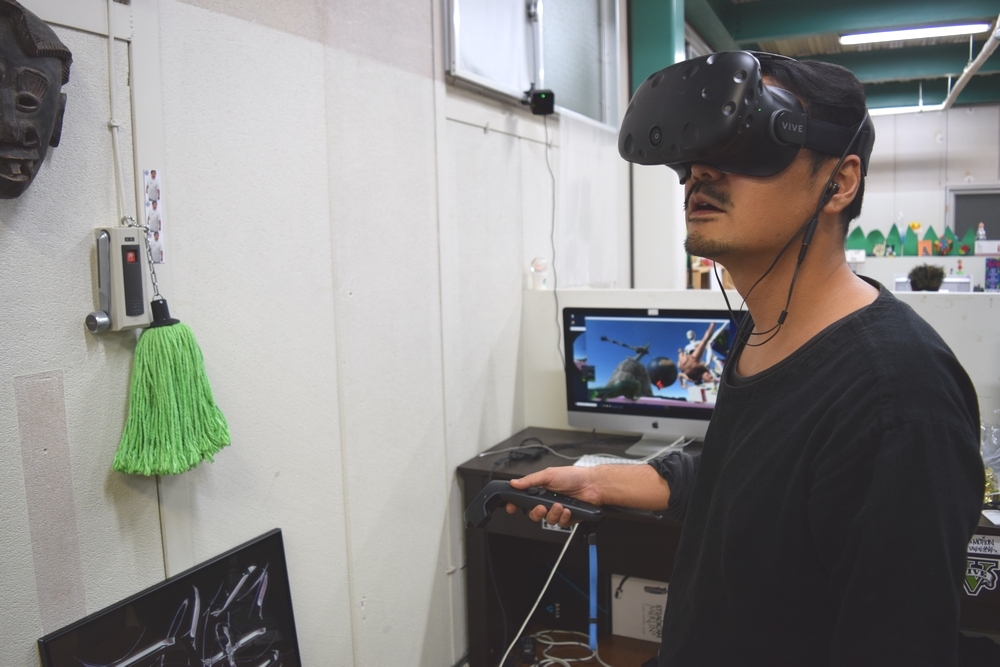 — How did you build up the concept of ‘paralledice’?

Mr Ootsuki: In STYLY, when opening WebEditor, it gives an impression that the VR space spreads horizontally, doesn’t it?

Firstly, I wanted to betray people’s expectation of how far they can go horizontally, so I planned to create the space by spreading it vertically. That was the moment when I got the first shift of the concept.

I originally wanted to create the VR space where people do rock-climbing, but, after some investigations, it turned out to be fairly difficult. So I gave up it at that time.

After that, when I imported a staircase data from TURBOSQUID, I found I could climb the stairs as decently as I imagined.

— Does it mean you found the way to create what you really wanted?

Mr Ootsuki: Yes. Since I had the idea of ‘climbing’ at the beginning, I was suddenly ‘awakened’ by finding a decent way to make people climb the stairs. I also found that I could climb not only the stairs but also other various objects by using the controller. Since then, the design process was accelerated.

A game-like way of thinking and reward system

—  Since then, how long did it take to complete the work?

Mr Ootsuki: The prototype was almost completed overnight. In the prototype space, I modelled three layers and a live concert at the summit without details.

If it were a game, it would need to offer a catharsis when people play-through it. It could be a feeling of satisfaction, for example. This time, it is this live concert that gives a catharsis. However, I am not sure that the live concert at the summit is valuable enough to be a reward (lol).

Then, after I made the idea and the framework overnight, I happened to remember a friend, a rapper called ‘BAN’ when thinking about how to make the live concert at the summit.

At that time, there was ‘Year-end Rapper Party’. In that party, I was talking about him with other rapper friends, telling that he was interesting. Then, it inspired me to make him perform in the VR space.

I contacted him immediately and asked him to provide a song. It’s the song that you hear in the live concert at the summit.

It’s a song about Thai. You can hear something that sounds ‘paradise’ at the end of the song. 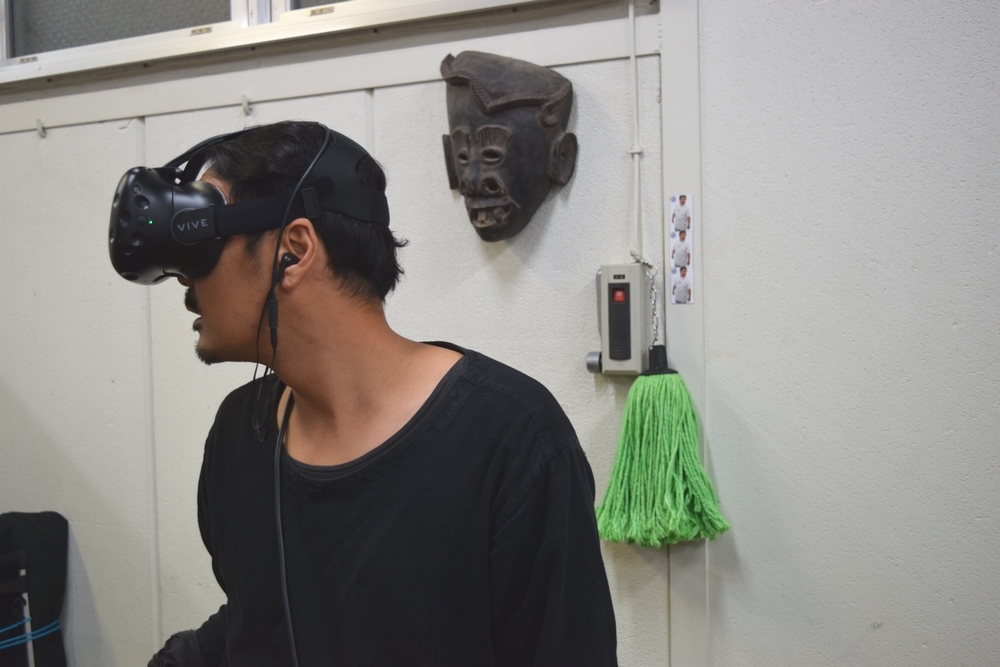 — It also has a connection to the title of the work?

Mr Ootsuki: Yes. The title of the work is ‘paralledice’, which is the mix of ‘parallel world’ and ‘paradise’.

I came up with a theme, which is something like a paradise in a parallel world in his brain, so I asked BAN to send the list of his favourite things.

Then, I found his list had a lot of things such as Ramen Jirou, girlfriend, money, so I placed everything he likes everywhere.

— Did you make the object of Ramen Jirou by yourself?

Mr Ootsuki: I made it with Blocks. By the way, there is a hidden room in Ramen Jirou.

There is my friend, BAN, sleeping in it, but very few people noticed it.

— I myself couldn’t notice it!

Mr Ootsuki: No one does easily. That could be because I am NES generation. I am the Glitch-lover generation who was a reader of ‘NES magazine’.

Even now, I love glitches and bugs very much. In my VR work, you can sense the similarity to a hidden item in NES game. This Ramen Jirou is a good example. 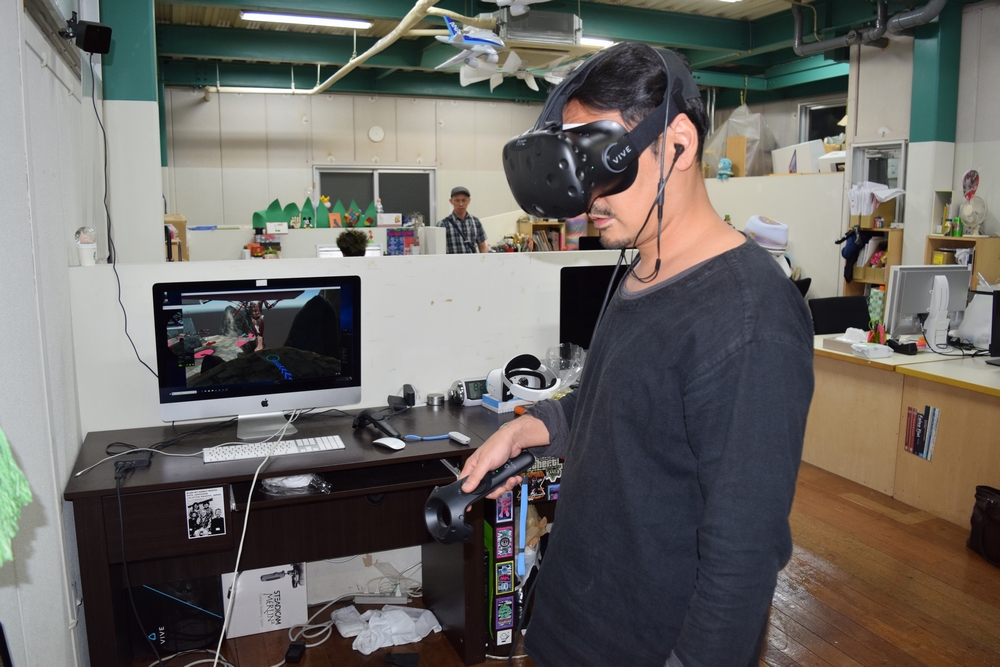 — A hidden room off the main route shows your playful spirit of NES generation, doesn’t it?

Mr Ootsuki: Yes, it does. But, I also prepared a backup route to get to the goal.

However, there are some places where people could be clogged up due to a tight passage.

The area where the Sphinx is placed is an example. You remember there is a place with irregular ground surface. With software called ‘PhotoScan’, this 3d model is made from the photos I took in an actual town. When I converted it to a low-poly model, the collider might have been messed up, so it could cause a problem.

Even so, because I have already decided not to prioritize the quality, I kept going while enjoying this ‘collage’ work, asking myself about what I should bring in the VR space. As I can bring in anything I like, I really enjoyed it. It has been a long time since I created something in this way last time.

Mr Ootsuki: Yes. As you know, in the usual job, the final quality is always set.

I think it’s just a painful task in a sense. So, this time, I aimed at bringing in a lot of objects until I hit 100% limit in STYLY.

I really enjoyed bringing in my favourite things one after another, aiming at the ‘physical’ target.

Looking back after completing the work, I remembered a few functions that were not easy to use. I gave up something due to those problems, so I would appreciate it if they are solved by the updates in future.

For example, you can place an object precisely if you move the object with direct number input. In addition, you could add a motion to revolve an object around the centre, if you can change the position of the centre point.

※Direct number input has been implemented in the last update.

We usually use Adobe Photoshop or AfterEffects. I think there are some common concepts about the functions, for example, creating a folder in a Layer or locking an object. If you implemented those basic functions, which creators use in daily work, it would make the UI more preferable.

In addition, If it could add motion to an object without using a game engine, creators would love it as they can have more variations of their expression.

Think about quality laterally, not vertically

— Thank you. Next, did you have any difficulties in the design process except errors?

Mr Ootsuki: It was hard to adjust the difficulty of the game.

At first, regarding an object I placed, I minimized the area where people could step on to climb it, assuming anyone could find it.

However, when my friend tasted my VR space, they barely notice the position of that object against my expectation.

It was a good lesson for me. Since then, I changed the guideline and increase the number of climbable objects to make people climb easier.

In addition, as I mentioned earlier, I prepared some backup routes so that people could get to the top without following the regular route. 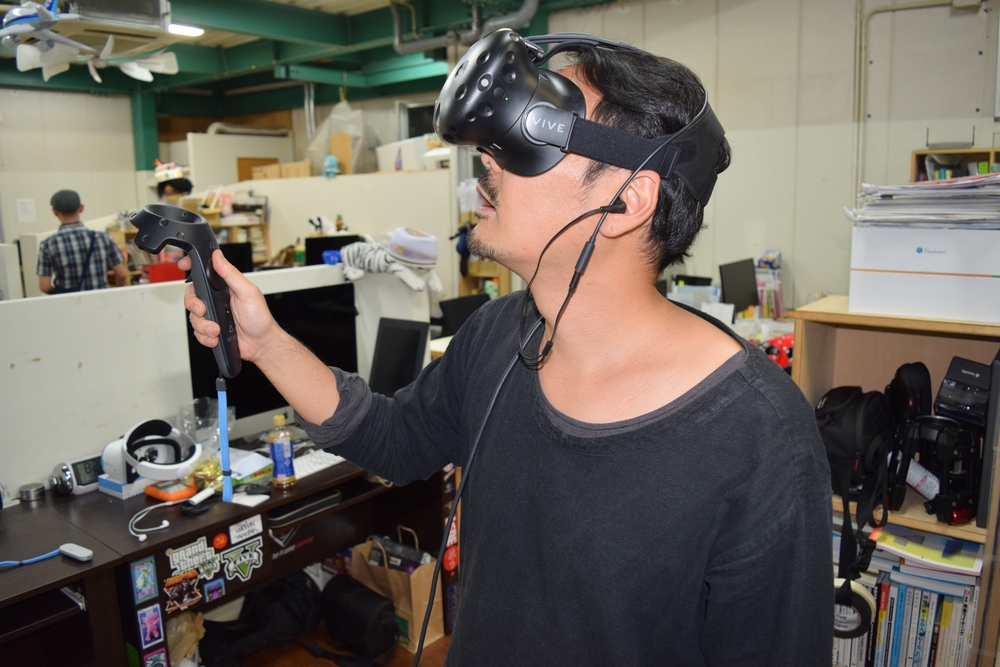 — Finally, please explain your thought about ‘quality’ appeared in your comments so far.

Mr Ootsuki: Personally, I think about quality not vertically but laterally for a long time.

There is still a prejudice that high quality defines low quality and the higher is better.

However, quality is on the lateral axis for me. I simply prioritize quality when I want to make high-quality stuff, and select a low quality when I am keen to make a chaotic atmosphere. Precisely speaking, the low quality sounds cool for me in such a situation.

I originally love ‘bugs’, so, no matter how it collapsed, it’s still good as long as its nuance looks cool or interesting.

The same goes for music, doesn’t it? Some have a proper melody while others have a noise.

The only reason why I could complete this kind of work is that my concept for quality is based on the lateral axis. 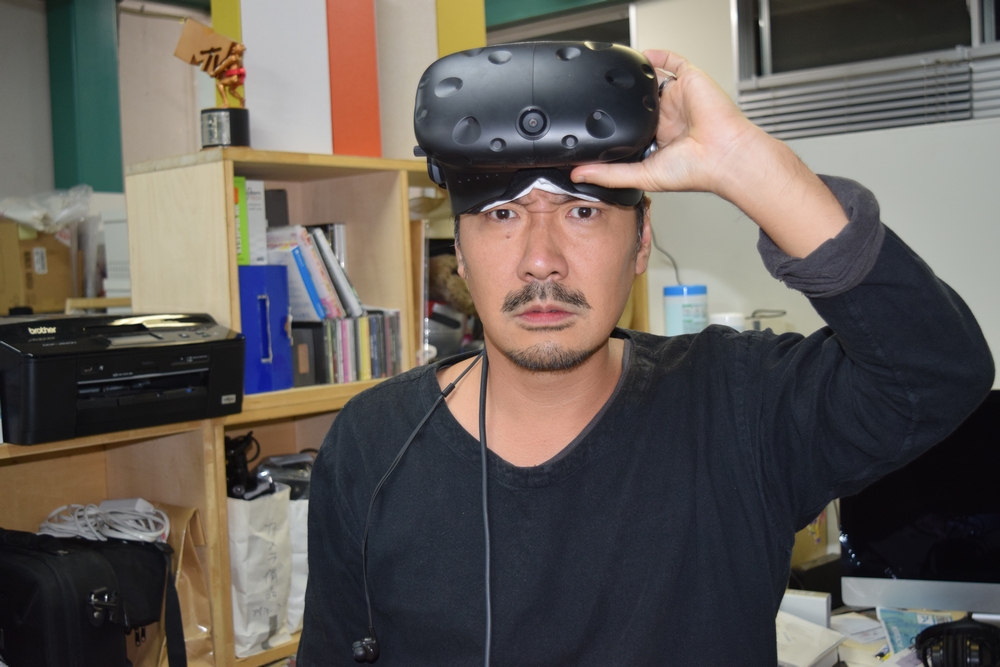 Mr Ootsuki created this work as one of the initial members of ‘NEWVIEW’, an experimental project to design new expression and experience in 3d space, which is the collaboration work between three companies, Psychic VR lab providing STYLY, PARCO and LoftWork.

This work realized a new experience exactly as the project aimed at.

I expect him to explore a new VR expression full of his taste for the future.