It is a drawing work and studio created by artist Akiko Nakayama. I will introduce some points to appreciate the work, focusing on the textures and images depicted in it. 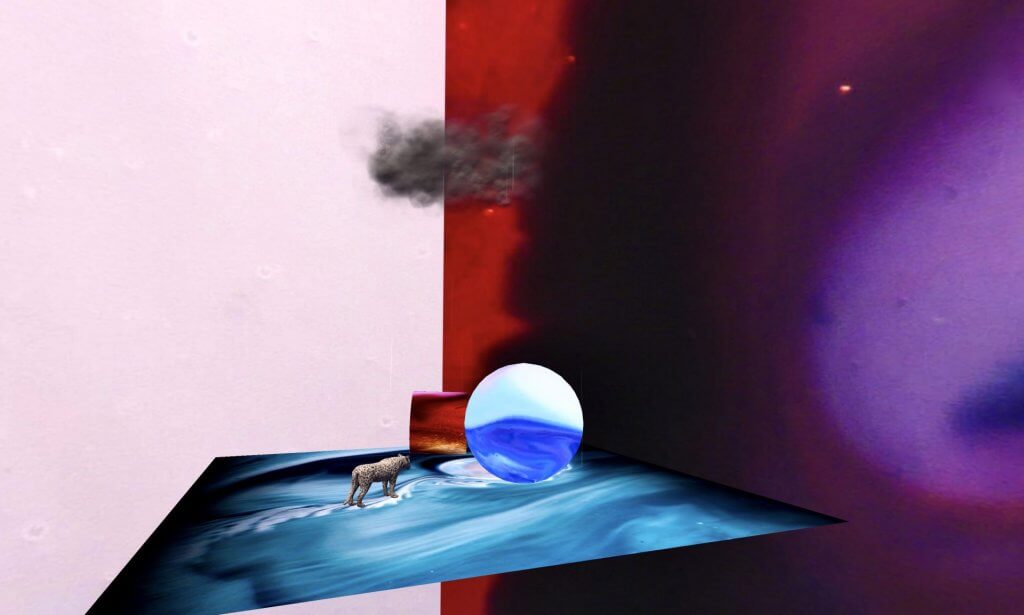 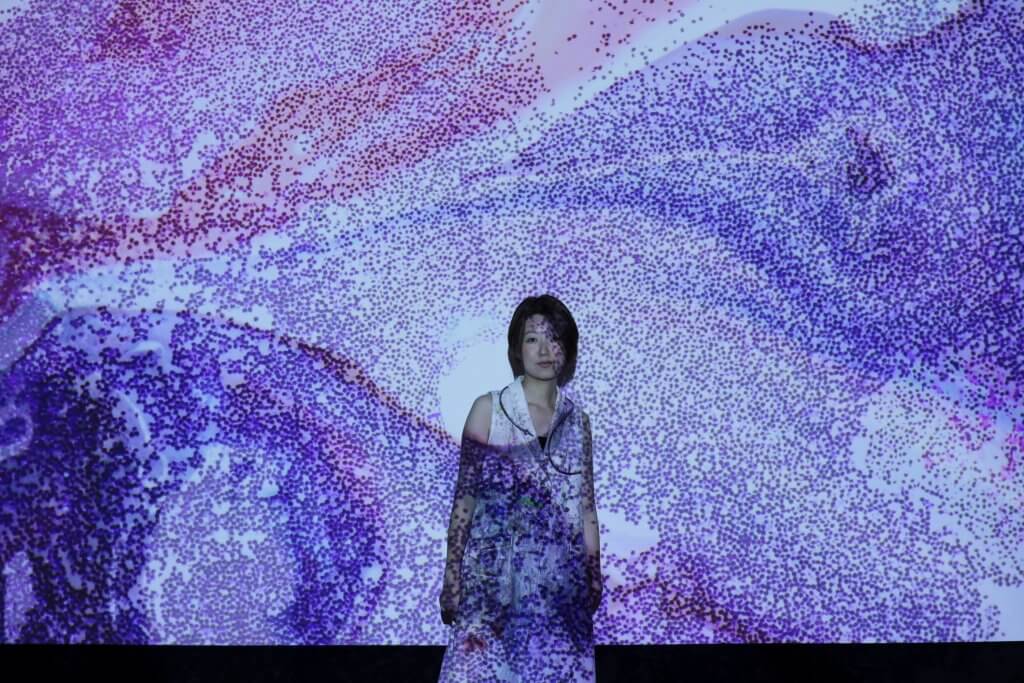 Painter. She performs a performance called “Alive Painting” in which she paints by mutually reacting various materials from liquid to solid. All kinds of phenomena based on scientific and physical laws and colors that appear are vividly depicted in her works as metaphors for living things and relationships. In her solo work, she treats sound as “transparent paint” and touches space and emotion through painting. In recent years, she has participated in TEDxHaneda, DLECTRICITY ART FESTIVAL 2017 (Detroit, USA), New Ars Electronica opening performance 2019 (Linz, Austria), Biennale Nemo 2018 (Paris, France), MUTEK Montreal, etc. MUTEK Montreal, etc.

( All profiles and artist photos are taken from Akiko Nakayama’s website: http://akiko.co.jp )

Akiko Nakayama’s work is based on the simulation of liquids and other materials, and is presented in the form of videos and drawings.

In “New reality – my studio,” Nakayama used her real-life drawings as textures for 3D models, and presented them as VR works.

In “New reality – my studio”, Nakayama’s real-life drawings were used as textures for 3D models and presented as VR works.

When the scene begins, there are three objects floating in the air.

A tunnel-shaped 3D model, a sphere-shaped texture animation, and a snow leopard. The skybox and the floor are covered with textures of drawings created by Ms. Nakayama.

And rain is falling in the space. 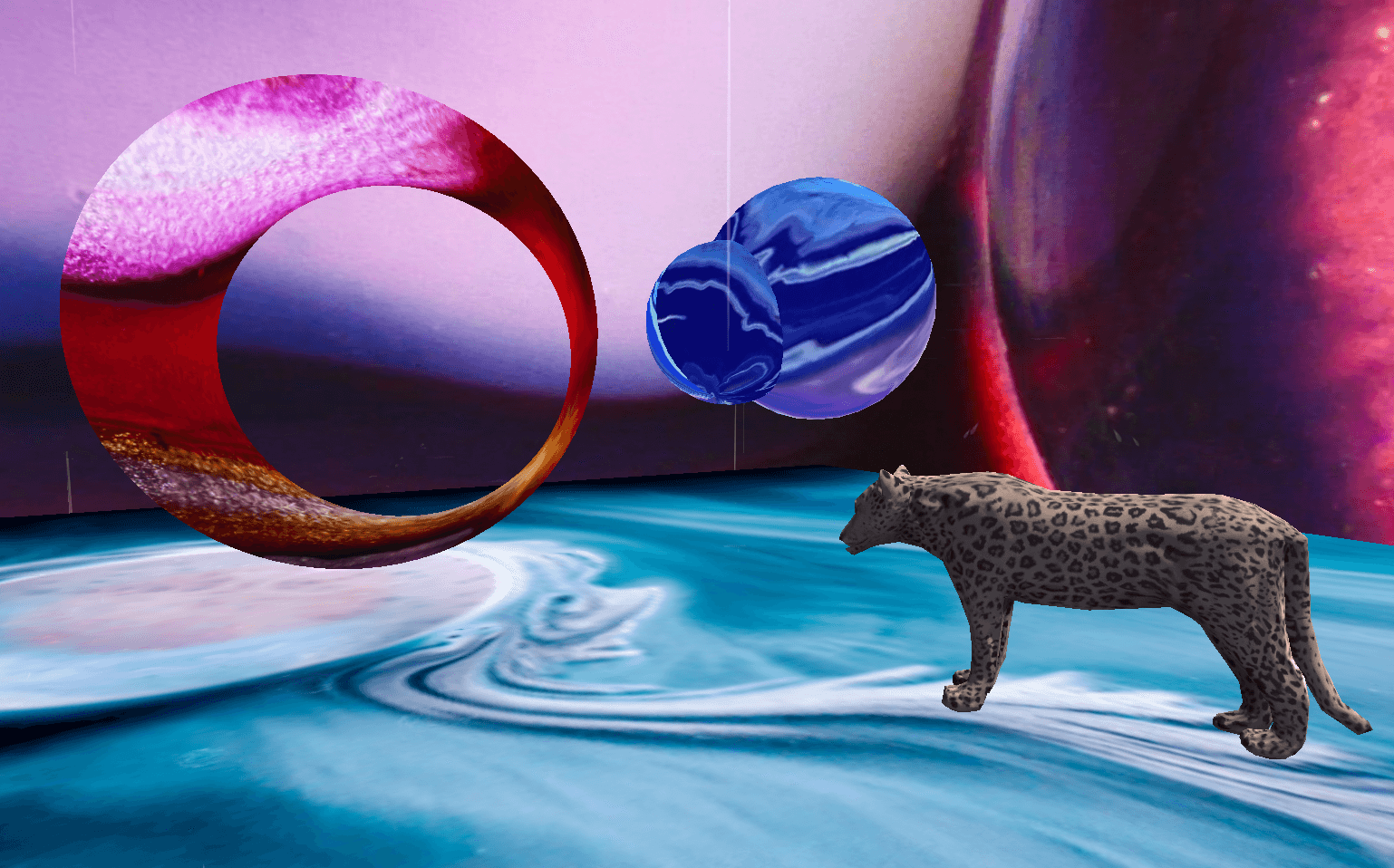 XR works tend to have an excessive amount of information in constructing the space.

This is because we usually perceive “space” with “real space” as our reference.

However, real space is overflowing with information.

For example, the following are the “room and furniture” assets that are released for free in the Unity Asset Store.

Just to build an image of a room and its furniture, we need a sofa, a chest of drawers, a window, a wooden floor, a closet, a TV, and so on. So many objects are needed.

New Reality – my studio is constructed with a minimum number of objects, so that there is plenty of room for imagination.

By viewing the work, we can appreciate the “blank space” that Ms. Nakayama has created.

In the expression of XR, which tends to be overloaded with information, the creation of margins allows us to appreciate Ms. Nakayama’s own expression of drawing more purely.

There are more than just objects. It is the texture of the huge drawings that cover this space that immerses us in it and forces us to imagine it strongly. 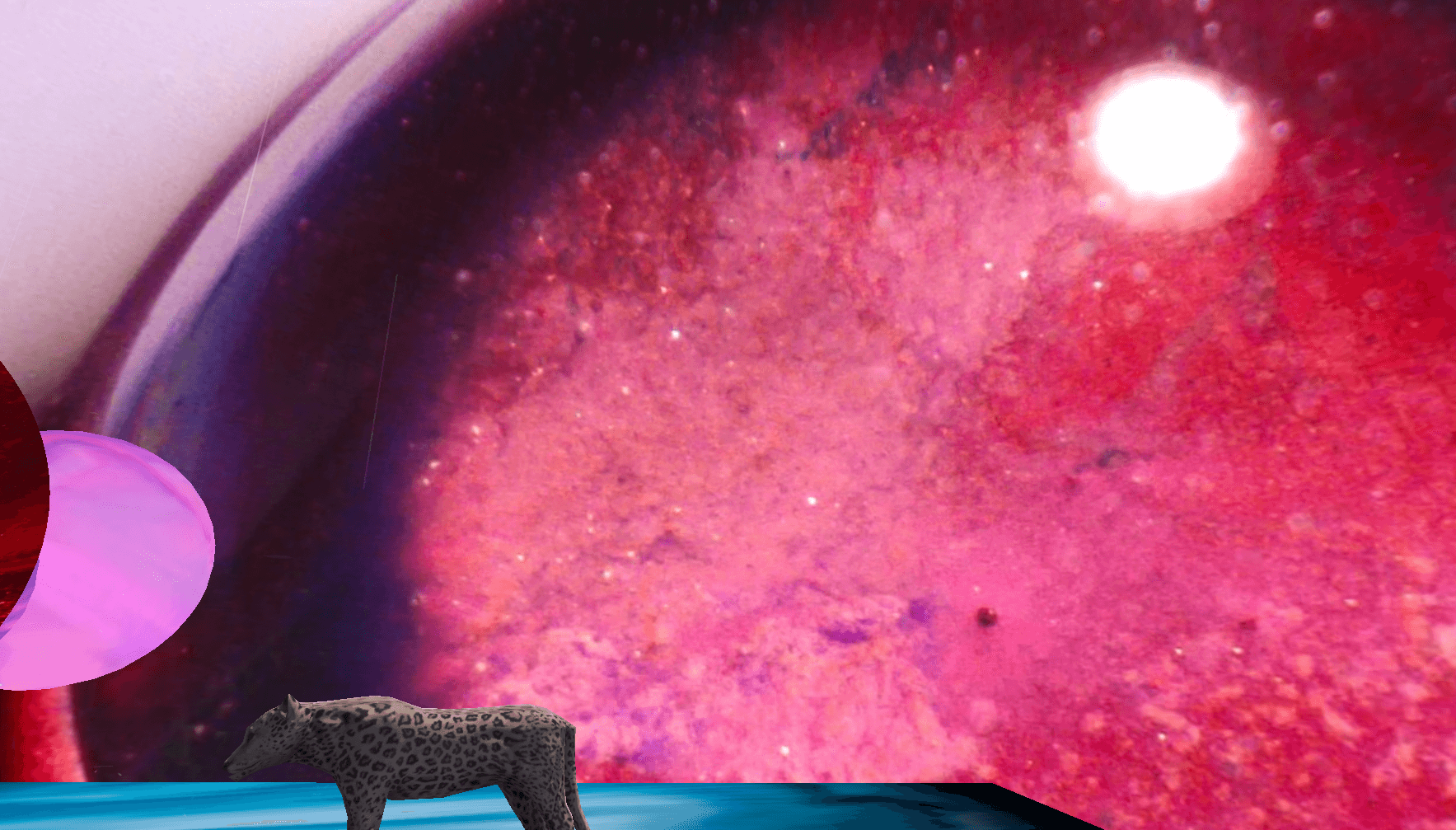 As a skybox, the entire space is covered with red and white drawings. 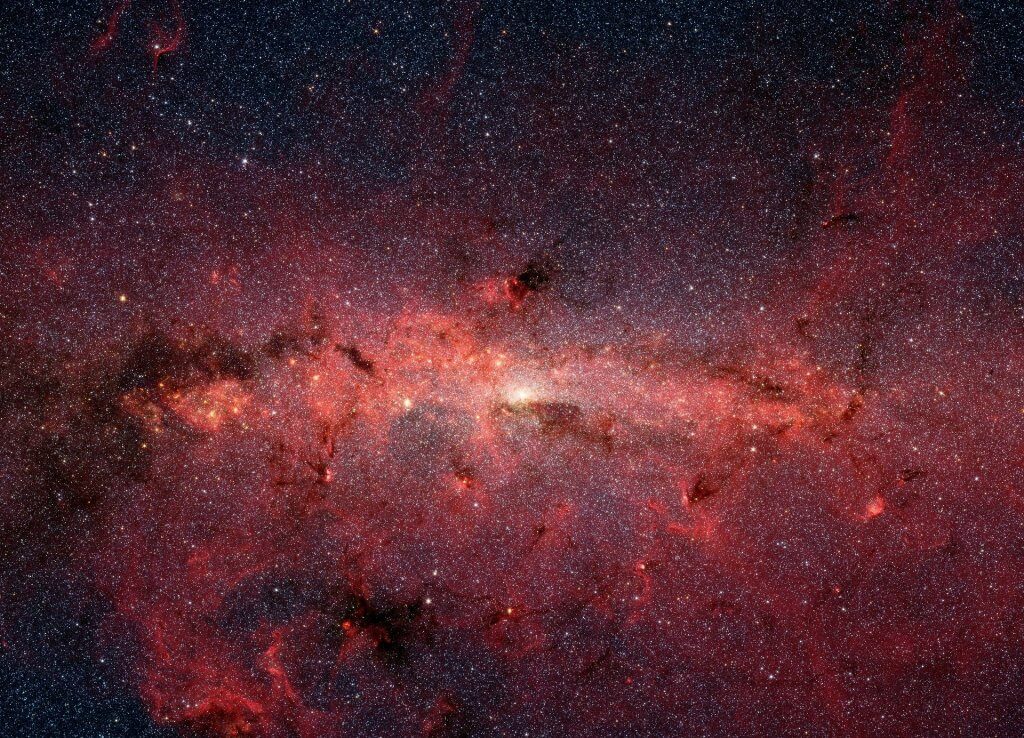 A galaxy (*image for reference only)

Unlike ordinary monitors, VR allows you to enter the space and enjoy the space itself. Being able to experience a drawing at this size is a way of viewing that is unique to VR.

Ms. Nakayama’s space made me feel like I was observing the universe, such an experience.

Based on this, this work can also be tied to the fact that it is an “open studio” of Ms. Nakayama.

3D space as an open studio

In a blank space, objects are placed as if drawing a mind map as a new mental base. There are not so many things needed for a mental landscape. A colorful sky and earth, moving and non-moving objects. Straight lines and curves. Freedom to change rotation, size, and position. Simple shapes with variable meanings that are not confined to nouns, pasted images and shapes that are ungrounded and homogenous. Eerie fun! The strange poetic sentiment felt due to the incompatibility is also interesting.

This spring, when I was restricted from visiting my studio by With Corona, I felt that I could breathe more easily creating a space with STYLY than opening the front door.

I applied for this opportunity as a new drawing, a psychological open studio.

This work is an experience of entering the artist’s studio as well as enjoying the space work like a universe.

It is a psychological open studio of Ms. Nakayama, in other words, it is an experience to enter into her mental image. It can be taken as an attempt to observe the unobservable.

If the universe outside this earth is the “macrocosm,” then we human beings ourselves are the “microcosm,” and the very thing that forms the world of beauty and philosophy is itself the “microcosm.

That’s how I felt when I confronted this work.

When viewing this work, I recommend that you also view “my studio,” the video that introduces this work.

It may give you some idea of how Akiko Nakayama is approaching this work.

This work can be experienced from a web browser or mobile phone, but if you have a HMD, I highly recommend experiencing it in VR.

Let’s experience this microcosm with the strong physicality of immersing yourself in space.