This time I would like to introduce the AR art work “Space Ship”.

This work was created by Naoya Hirata, an artist and sculptor.

Naoya Hirata originally presented Space Ship as a photographic work. After that, it has been reconstructed as an AR work using 3D media, and a new image has emerged.

I explain the work, focusing on the media nature of AR. 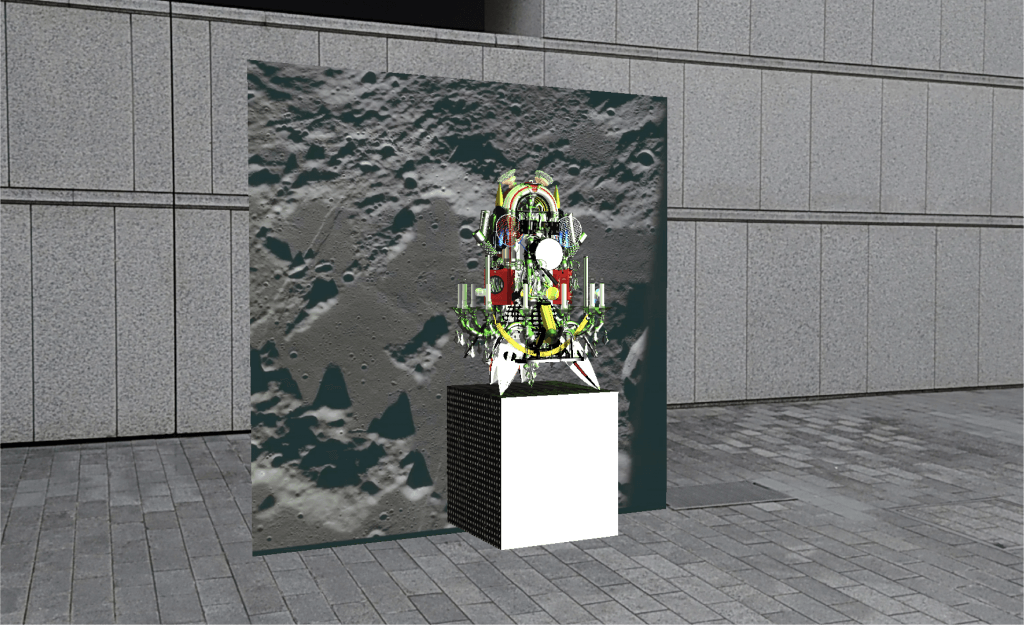 Naoya Hirata is a Tokyo-based artist and sculptor who uses 3DCG to create works in virtual space. 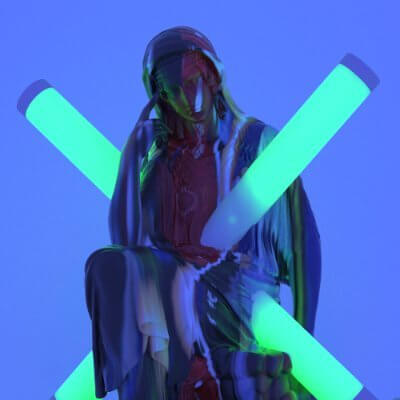 Born in Nagano, Japan in 1991, Hirata graduated from Musashino Art University in 2014 with a degree in sculpture. While still in school, he began to create works using free 3D data and image data that can be collected indefinitely on the Internet.

He creates works based on the data he collects in a computer virtual space where he defines the numerical values of gravity and other factors. Hirata considers them to be “sculptures in virtual space.

The artist collects so-called “materials” such as 3D model data and image data scattered on the Internet, and creates them using the assemblage method.

The photorealistically rendered 3DCG photographic works can be mistaken for the real thing.

In the past, he won the Grand Prix at the 18th Graphic “1_WALL” and held a solo exhibition “Incomplete Prison” at Guardian Garden in Ginza, Tokyo in 2019. 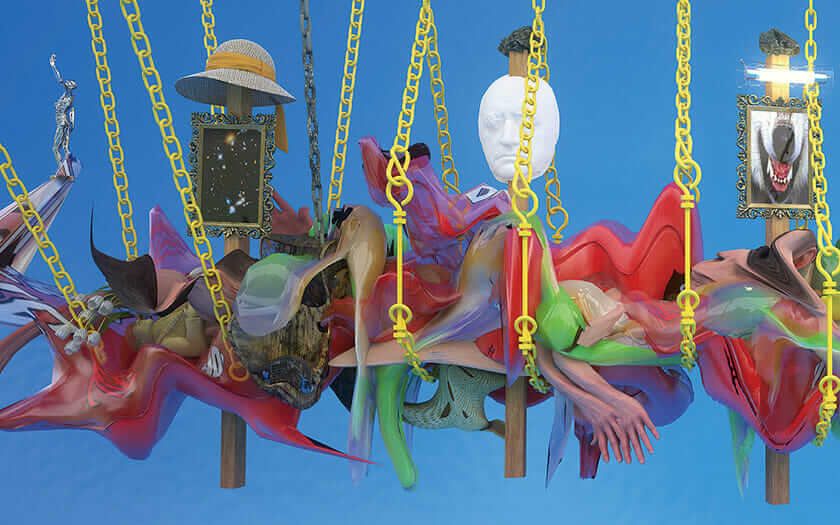 If you take a closer look at the space ship, you will see that it is not a spaceship, but a composition of various 3DCG objects. 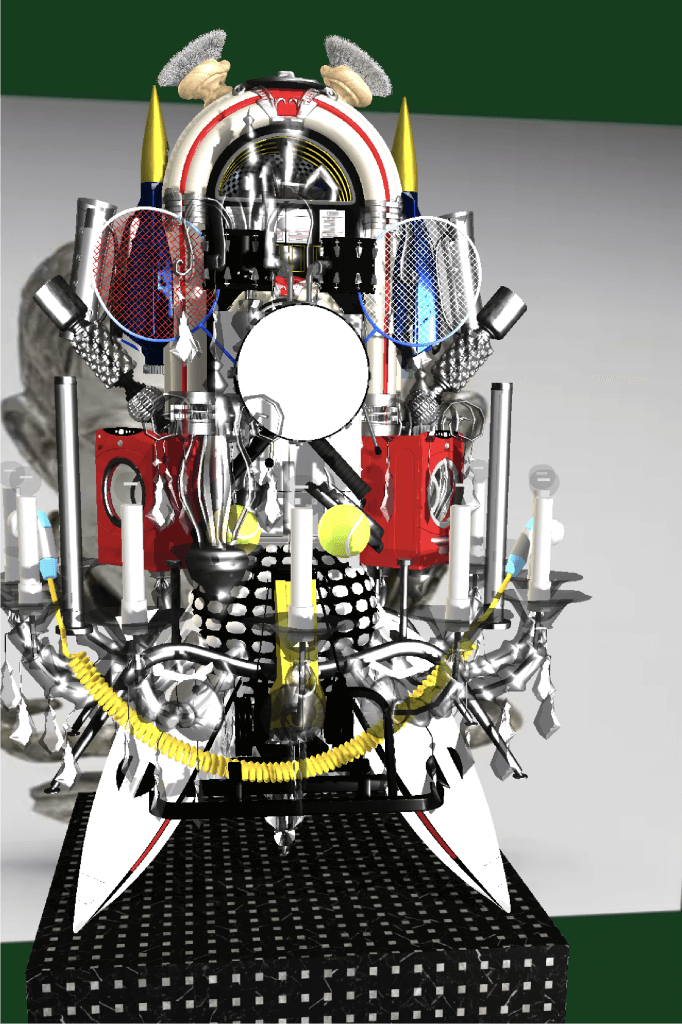 A jukebox, a tennis racket, a drum set, a chandelier, shoes…. It is constructed from various 3D models that Mr. Hirata has collected.

Although it is a chaotic sculpture, the symmetrical arrangement of the objects and the white color scheme enhance the artistry of the work and establish it as a piece of art.

Making it “exist” in reality as AR

This work was originally presented as a pre-rendered photographic work. 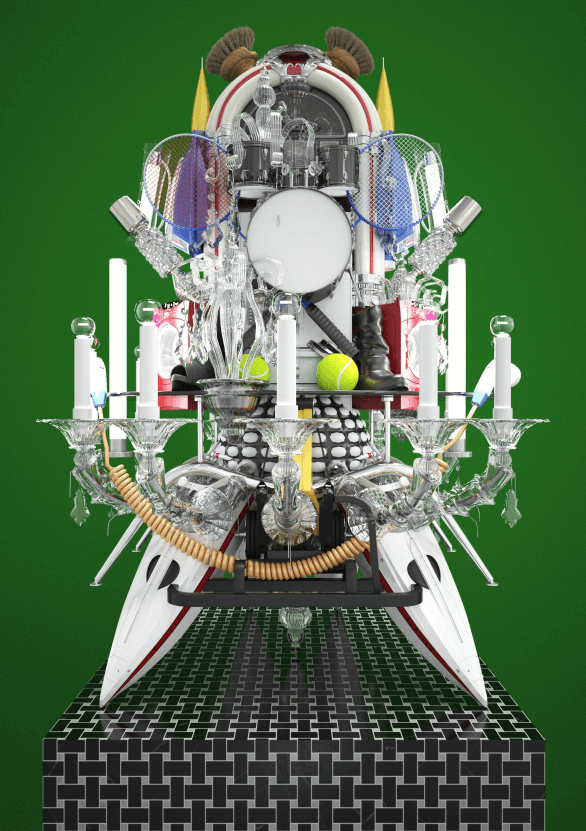 However, STYLY’s AR will not be pre-rendered, but will be placed in reality through real-time rendering.

This is why many people are surprised when they compare it to the photo work above. The texture is not as realistic as I thought it would be”.

The texture/lighting of real-time rendering is inferior to that of pre-rendering. This is not the height of the author’s skill, but a difference caused by the difference in the rendering system.

I think that is the normal way of thinking, trying to improve the quality of real-time rendering as much as possible to get closer to the texture of reality. However, for myself, based on the works that Mr. Hirata has created and his attitude toward sculptures, I think that this “situation of inferior texture” is one point of appreciation. I will touch on this point and explain.

The photographs taken in the virtual space of Mr. Hirata’s 3DCG software are the works that he has published. 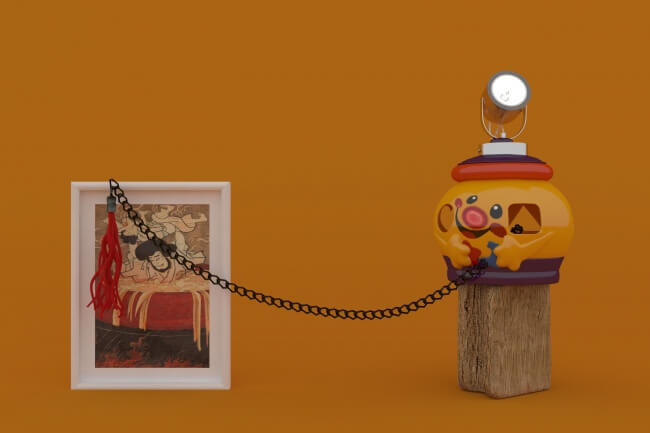 In a sense, using AR to place objects in reality is an act of “deviating from the virtual space and trying to make them exist” in a different space.

In other words, the act of viewing a work using the medium of AR is an act of forcibly placing it in another space, or “augmented reality,” from where it should be (virtual space).

Mr. Hirata referred to the PC in this way in the past.

In Mr. Hirata’s works, shapes, colors, and physical expressions are formed and expressed by rendering.

In other words, would it be a situation of “not being properly appreciated” to get out of Mr. Hirata’s PC and “make it exist” in augmented reality space?

By decomposing the elements that make up 3DCG, I feel that it is becoming ambiguous where the work really “exists”.

As media technology continues to evolve, Hirata’s works seem to ask questions about the location and existence of the work.

This work is not only constructed with 3DCG, but it is a sculpture that questions the way we view it and its existence through media.
Isn’t it a kind of media art that cannot be expressed with real materials?

This time, we viewed and explained the works from the perspective of media comparison. 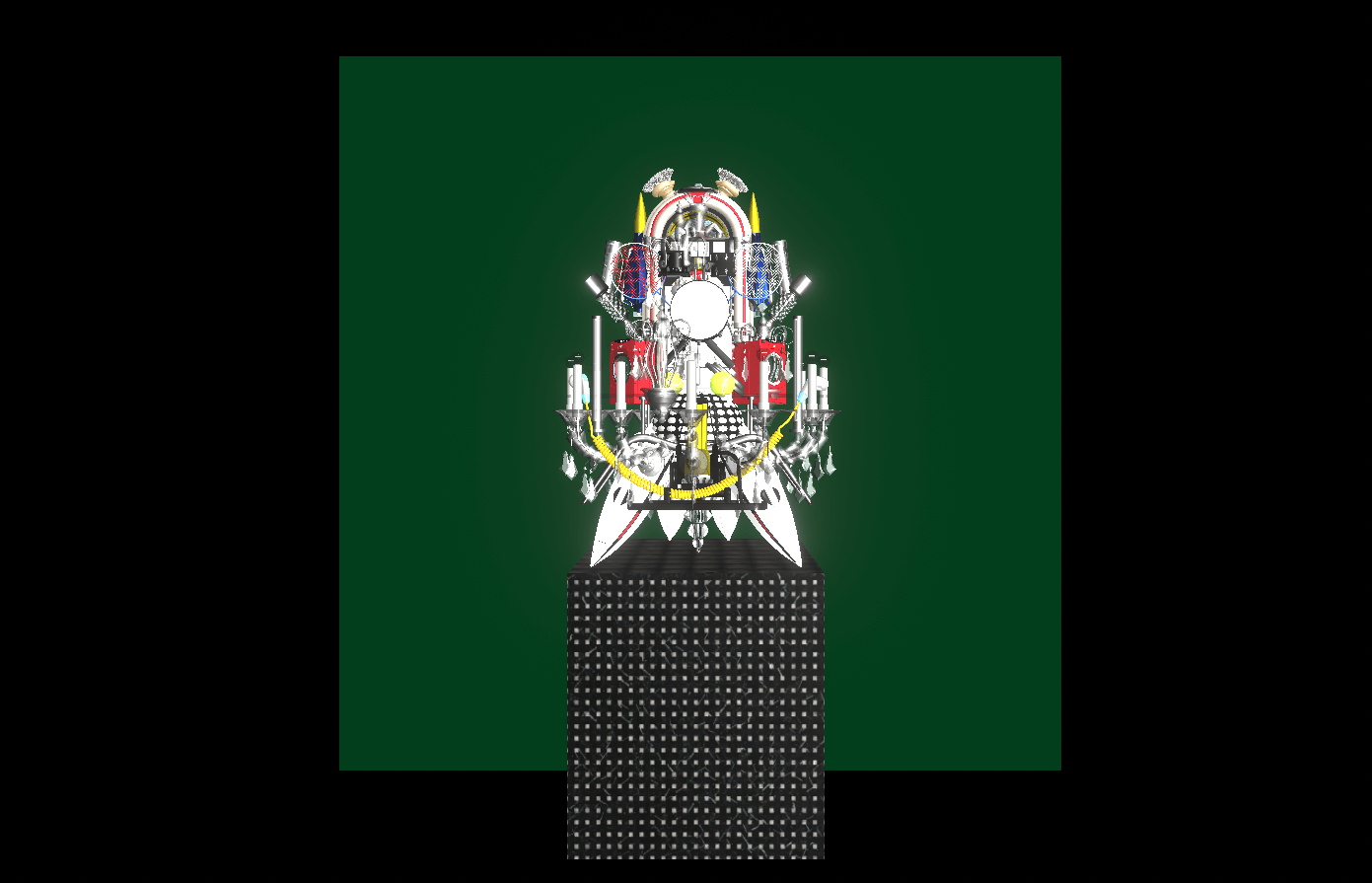 The online learning site NEWVIEW SCHOOl ONLINE is now open, where you can learn from the basics to the application of Unity and PlayMaker, which are necessary for VR/AR content production, and learn the production process (production techniques will also be disclosed) of the attractive content distributed on STYLY!