Paradise is an AR work created by cpnnn, a 3DCG artist and designer.

The following is an explanation of its viewing points.

cpnnn is a 3D artist and designer who works across places, languages, and dimensions, presenting his works and collaborations to artists in Japan and abroad. 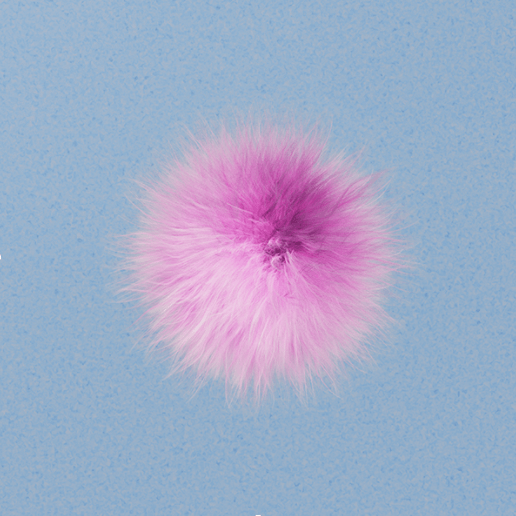 I work mainly with 3DCG graphics and provide my works to various artists.

Past works include the jacket design for the EP “Tropical Night” by Kanako of ex-Forbidden Majority Rule / Baby Blue Beta under the alias “B L U E wave”. 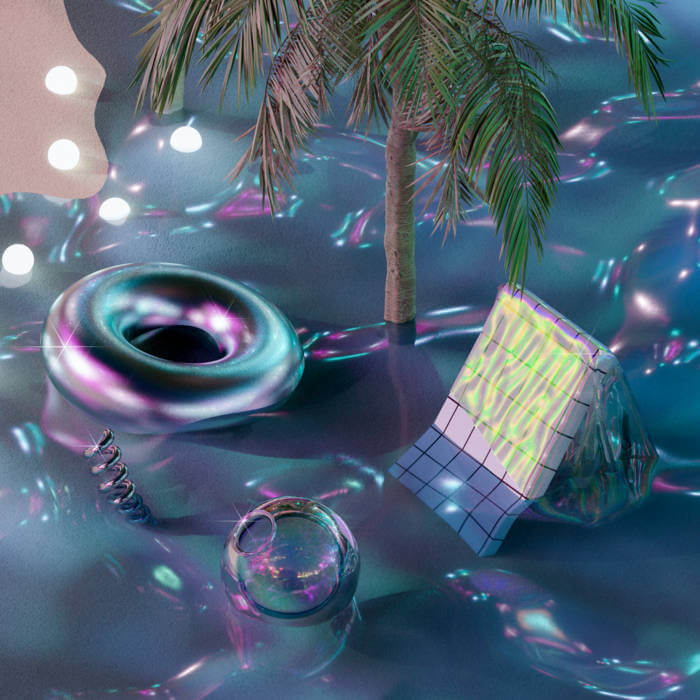 In cpnnn’s work, the combination of lighting and material color enhances the presence of the object, and the gloss and coloring reminiscent of the 80’s and 90’s evokes a sense of nostalgia.

In Paradise, the material rendering is the key.

This work can be experienced through AR.

When the scene starts, objects such as metallic flowers, spheres, and geometric shapes are floating in the air.

The material is glossy, which is characteristic of cpnnn’s work.

The luster of colors such as light blue and pink is placed in the real space, and the viewer is confronted with the heterogeneity that emerges in contrast to the texture of reality.

Contrast with the texture of reality

This heterogeneity is not limited to color and texture.

If you look closely at the flowers and spherical objects in this work, you will see that they are 2DCG. In other words, they are image data.

At first glance, the texture of the materials and lighting gives the illusion of 3DCG. This work takes advantage of the heterogeneity of graphics and the gaps in our perception.

It is commonplace for us to view 3DCG on our smartphones and PC monitors.
In contrast to those existing media, AR has a physicality.

With AR, you can view an object from various 360 degrees angles to appreciate it, or you can view it from different locations by moving your body.

Graphics displayed on a device are usually rendered on a flat surface and can only be viewed from one plane. However, AR removes the limitations of this medium by expanding the space.

Through the act of viewing this work, I can feel that AR graphics have become a medium that expands the range of viewing experience by involving space and the body.

As I watched this work, I couldn’t help but wonder, “What is a graphic anyway?

The IT dictionary “e-Words” explains it as follows

A graphic is an expression composed on a flat surface by combining visual elements such as photographs, illustrations, figures, symbols, and letters (typography) based on a specific purpose or policy. It also refers to images on a computer and the functions for processing and outputting them.

In this case, it is defined as on a plane. However, are AR graphics really flat?

Until now, most graphics have been drawn on media devices that use flat surfaces such as monitors.

However, as the performance of smartphones improves, AR will make the real space a part of the media, and MR devices that are attached to the eyes will become media devices that go beyond the limitations of the screen, and handle a variety of spaces.

What will the role of graphics be then? What will be the nature of the existing 2D image data?

It would be interesting to think about the possibilities of graphics in VR/AR/MR, which are still in the development stage.

By viewing cpnnn’s work with this in mind, I think you’ll have the opportunity to get in touch with the possibilities of graphics in your own way.

The Future of Media and Graphics

About the future of AR and graphics maybe we are sharing a historical time.

Let’s watch and have hope for such a future together. 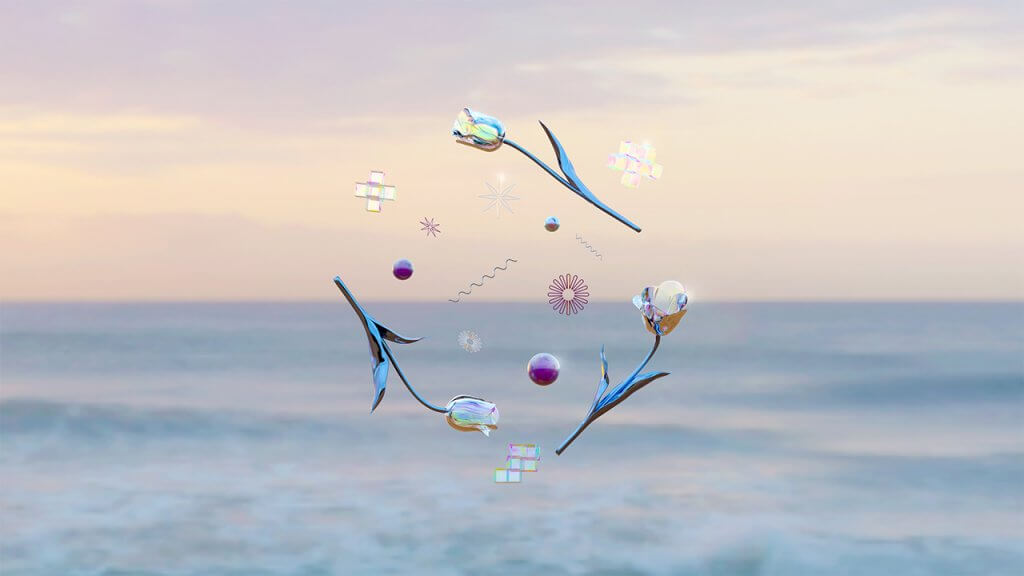 The online learning site NEWVIEW SCHOOl ONLINE is now open, where you can learn Unity and PlayMaker, which are necessary for VR/AR content production, from basic to advanced, and learn the production process (production techniques will also be disclosed) of the attractive content distributed on STYLY!