In this article, I introduce a VR scene from the song “SOCCER” by the band NINJAS, created by 3DCG artist “Densuke28”.

This is one of the VR works created by Densuke28, an active CG artist, and I will introduce how he sublimates the world based on the music video as VR. 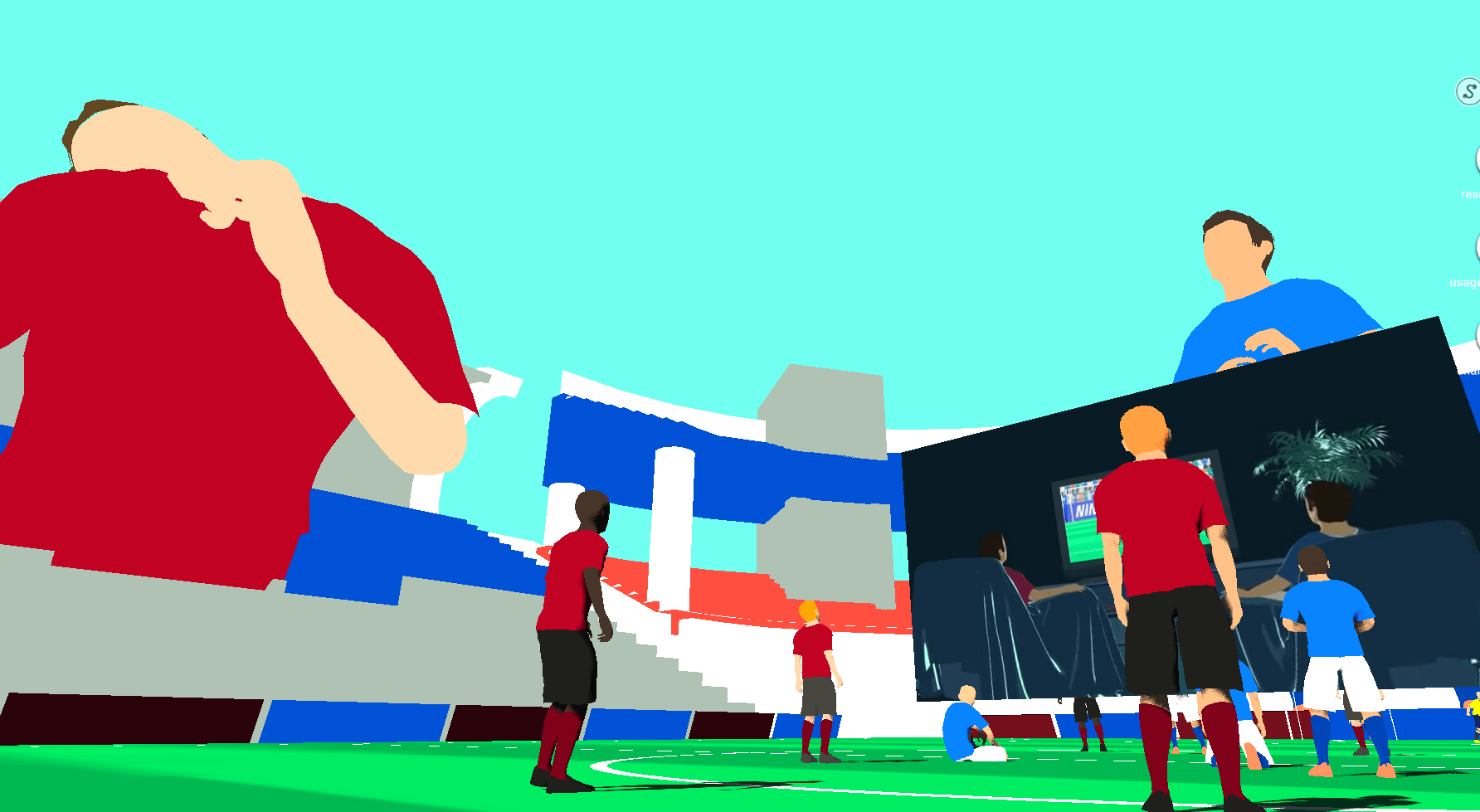 Born in Tokyo in 1993. Graduated from Tama Art University, Department of Information Design, Media Art Course. Seeking to create in a wide range of fields, he has been involved in planning and directing in various fields. He is also involved in the development of “BUGGY OBJECTS,” a series of works that visualize images based on a sense of déjà vu using the bug-like expressions of video games, as well as projects centered on his own avatar, “Magic Bibby”. 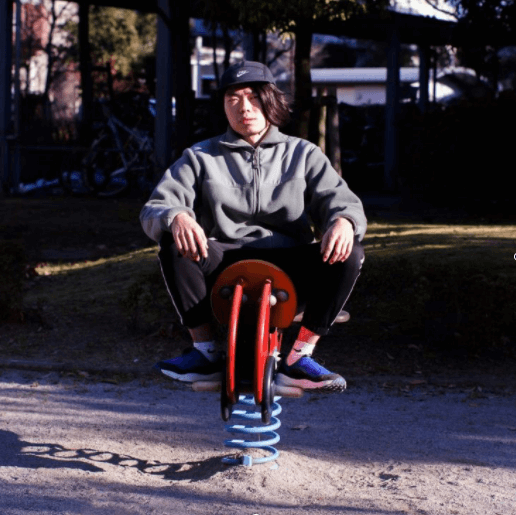 Other works created by Densuke28 include “Qiezi Mabo Forever – VR ver.
Like NINJAS’s SOCCER, this is another VR scene that was published on STYLY.

It builds its own worldview through distinctive coloring and shading, use of low-poly 3DCG, unique characters and moves, and alternative 3DCG expressions.

NINJAS is an enigmatic band.

With the slogan “We like what you don’t like.”, NINJAS has been spreading their strange music at live houses, clubs, galleries, etc. In May 2015, they held their first album “DORON” “Release Exibition” at ANAGRA, Hanzomon. In May 2015, he held his first album “DORON” “Release Exibition” at ANAGRA in Hanzomon, Tokyo, where he exhibited the album artwork by about 10 creators over 7 days. On the first day, he held his own live performance with DJ and live painting. The event drew many responses. Rather than being influenced by the times, his retrograde sound has attracted some music fans. Some call them punk, some call them new wave, but it doesn’t matter to them.

Their music, visuals, and activities are all one-of-a-kind. 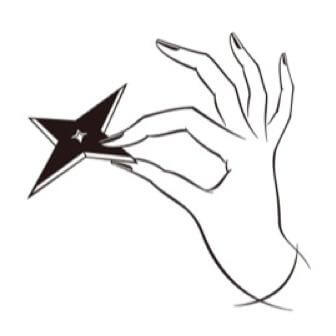 When you start the scene, the world of a soccer stadium opens up.

Soccer players are placed in the stadium with simple coloring and low-poly 3DCG, which is Densuke28’s style.
In the center of the screen, the soccer players are sitting on the ground, watching the monitor. 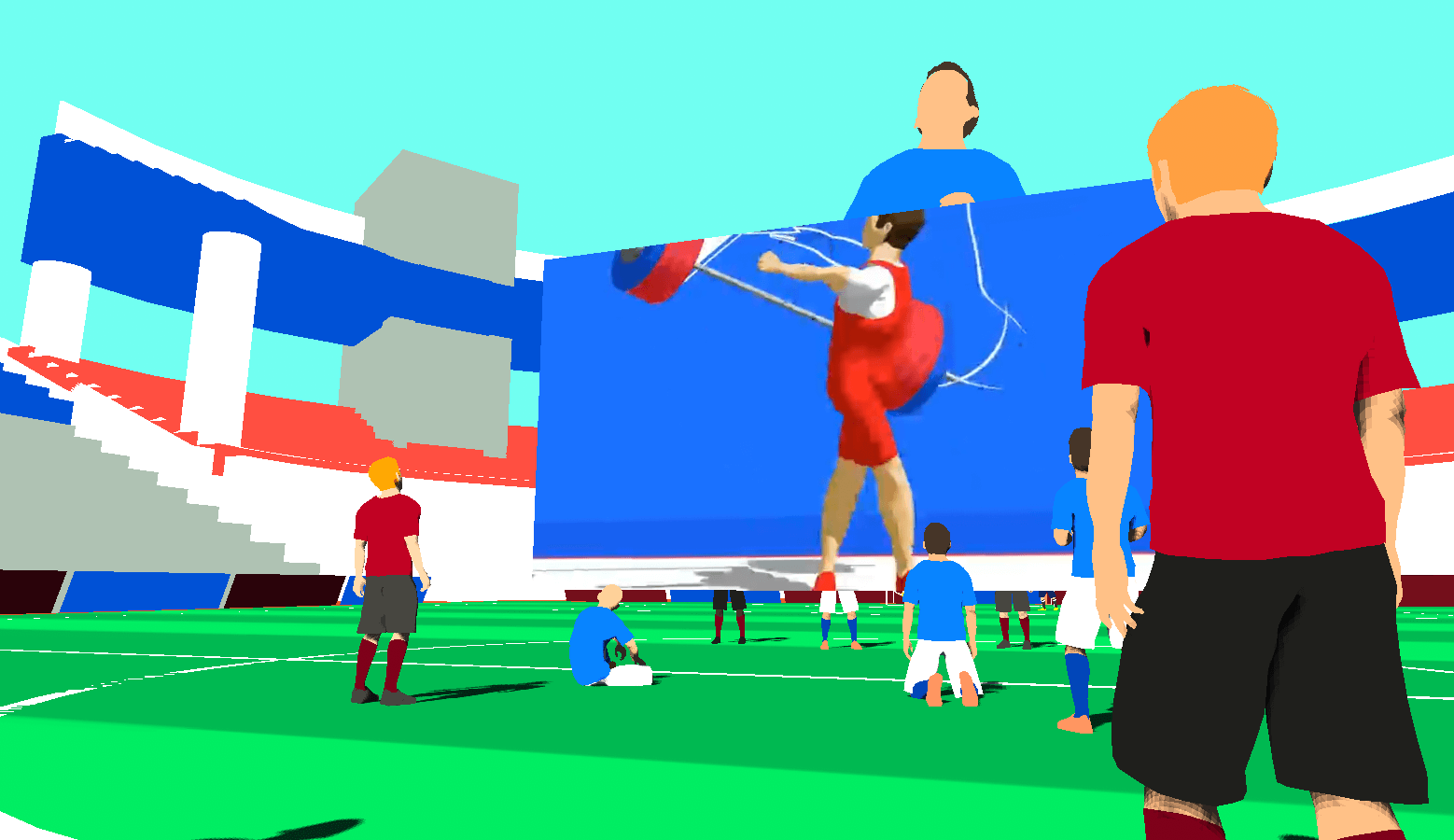 There are not many music videos created using game engines such as Unity that can be experienced in VR, but there are a few available on STYLY. This work is one of them.

You can view it not only as a video work but also as a spatial work, extending your experience.

By standing in the VR scene, you can gain a free perspective. You can move to where you want to move and view the space created by Densuke28 from the angle you want to view it from, instead of just viewing the image cut out by the camera.

Especially in this scene, you can freely view the “bugs” that are characteristic of Densuke28. 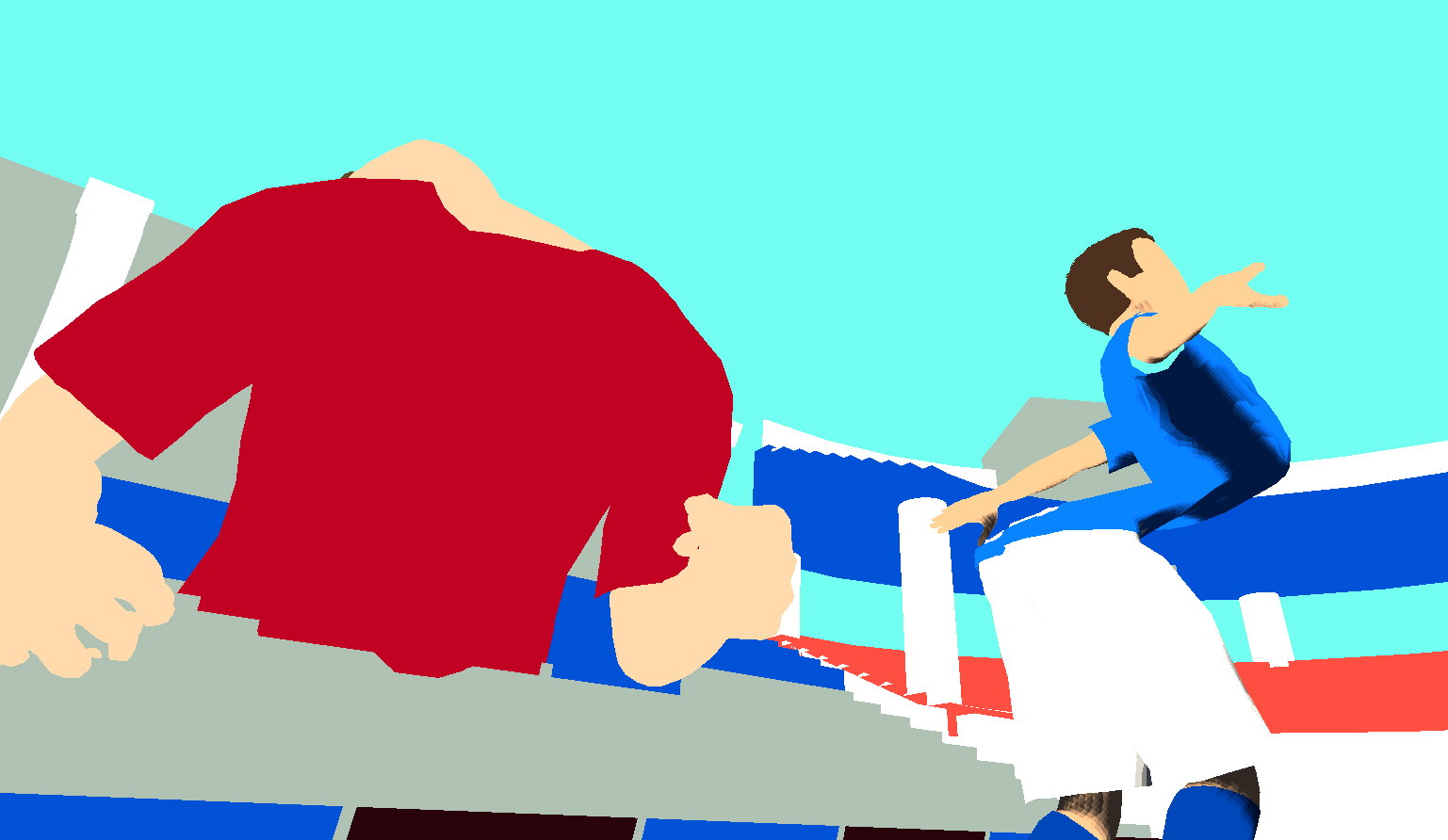 By viewing this work in VR, you can see the “bug” right in front of your eyes, and the size and power of the bug is a sense of realism that cannot be experienced with video.

And this work has not only so-called game-like bugs, but also meta-bugs.

This is the “players watching the monitor”. 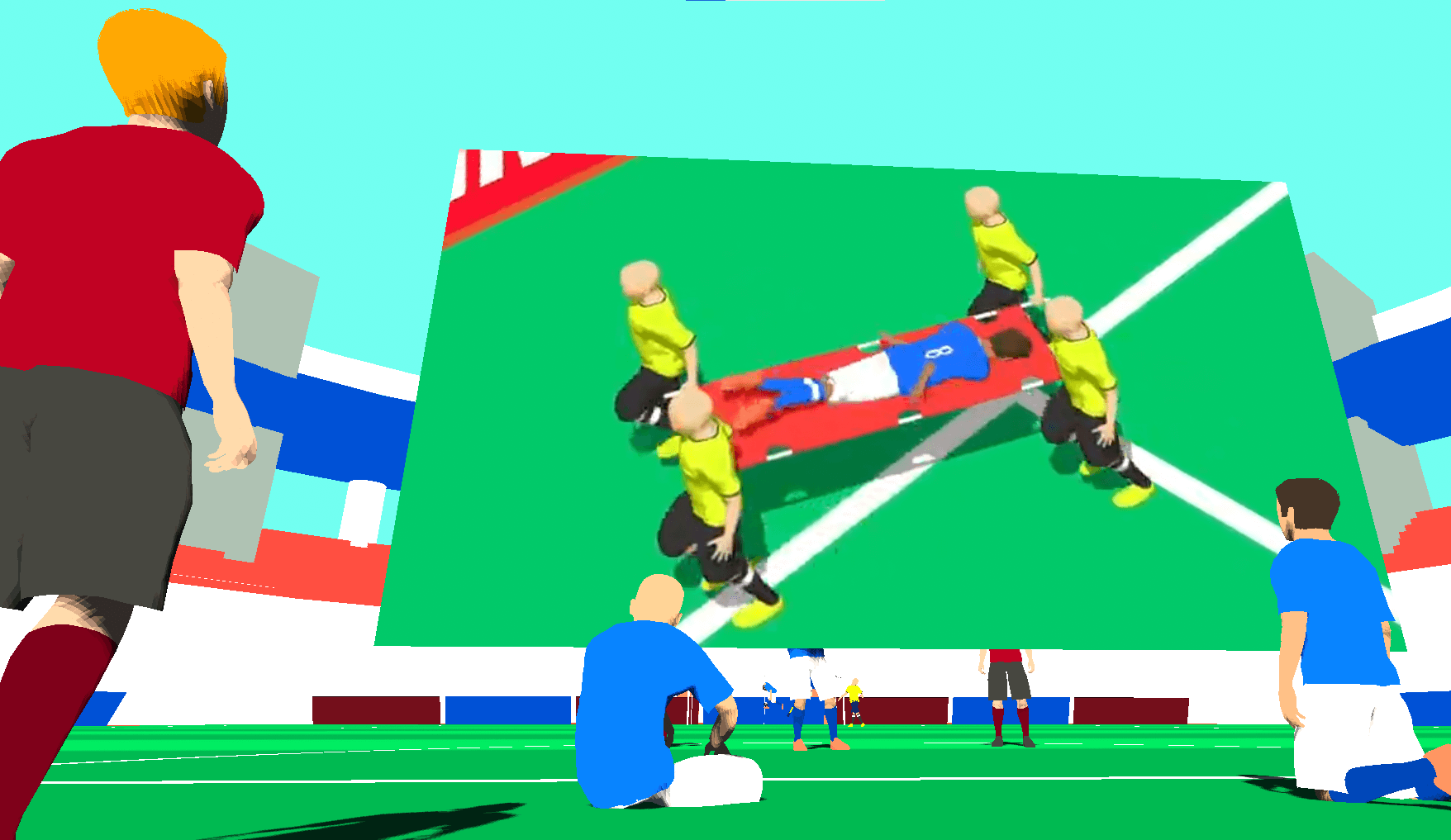 Soccer is a sport in which players stand on the field and take the game seriously.

However, soccer players sit on the field in a relaxed posture, watching music videos, just like a family or a group of friends sitting around the dinner table watching TV.

We are using VR to create an “impossible situation” in a sports arena where serious games are played.

Bugs are sometimes talked about in the context of the post-Internet as a counter to systems.
Many works have been created in the past that find ideas and spirituality by creating situations that are not intended by the creators of the systems and rules.

Densuke28’s bugs and athletes who have abandoned sports can be read as if they depict the anti-sportsmanship worldview of NINJAS’ song “You can buy gold medal, Sucker.

The worldview expressed through the music of NINJAS and the “bugs” created by Densuke28 have created a chemical reaction, giving birth to a new expression in VR.

I have introduced how you can appreciate the world created by Densuke28.

You may discover something new not only from the perspectives other than those mentioned above, but also by taking a closer look. 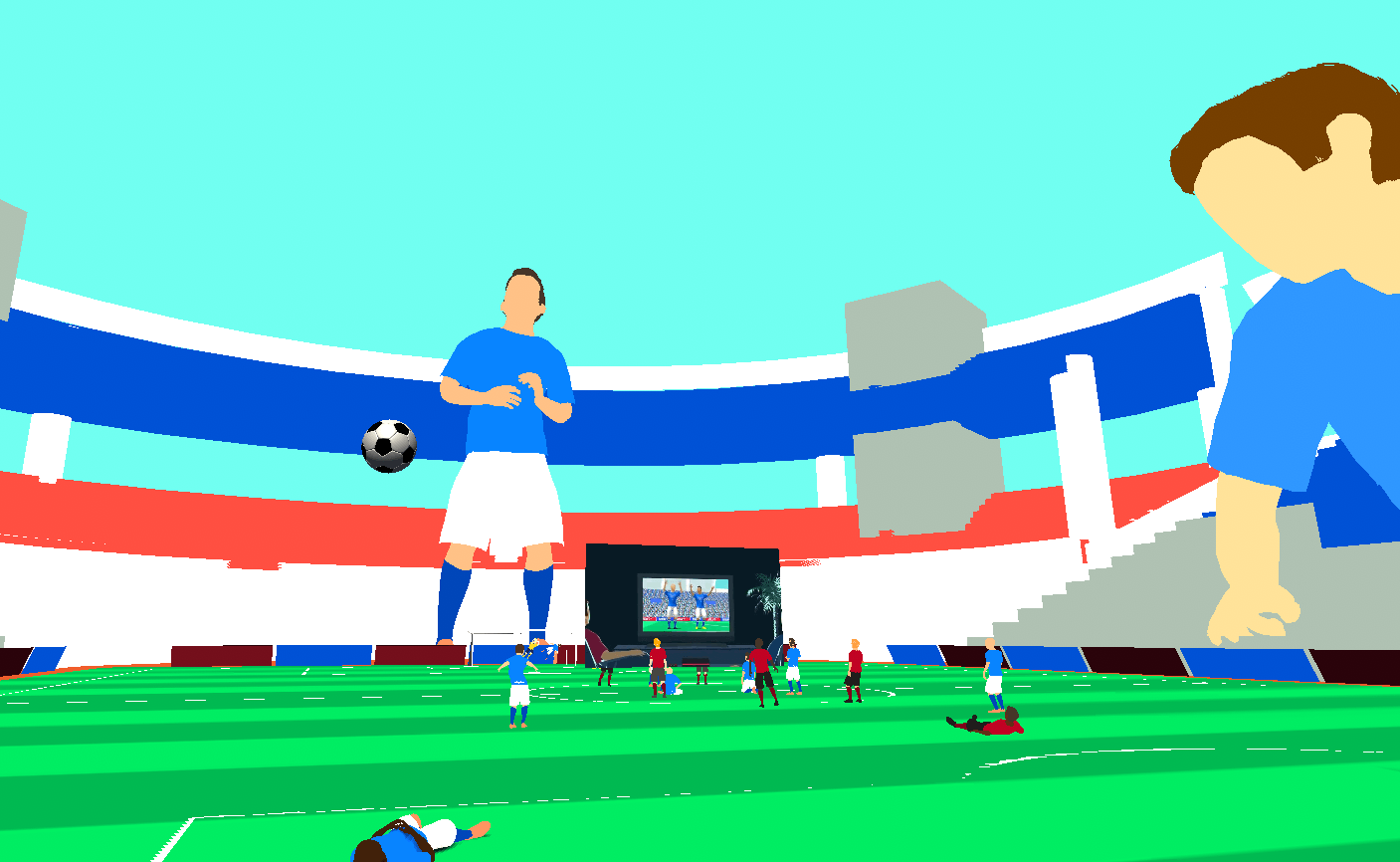