This article introduces “Displays XR,” a VR work that won the SILVER PRIZE and SUPER DOMMUNE PRIZE at NEWVIEW AWARDS2020.
This work was created by designer/filmmaker Tomoro Hanzawa.
The work was created by focusing on the aspect of VR head-mounted display as a device. 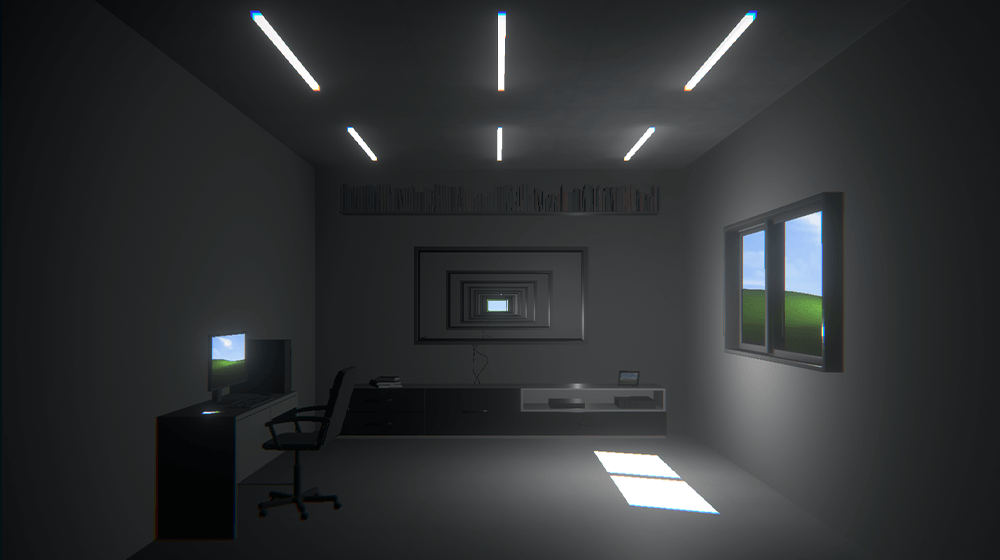 Graduated from Tohoku Art Design University, Department of Graphic Design.
He usually works as a graphic designer, designing music jackets, logos, and flyers for art exhibitions, as well as designs related to his own band activities.
In recent years, he has been involved in a wide range of activities, including video production using both live-action and 3DCG, production of VR art exhibitions, a group called Extreme Improvisation, and a band called “Attochi. 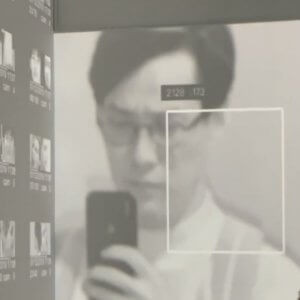 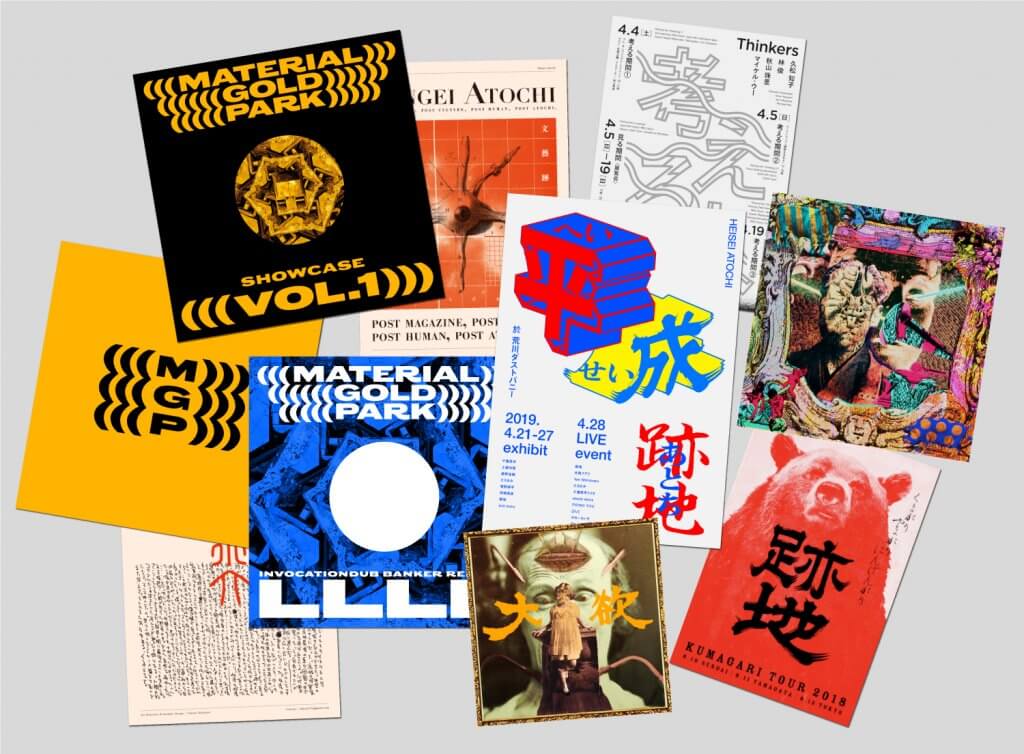 When you start the work in STYLY, you will be taken to a room with a desktop PC with a wallpaper reminiscent of Windows XP.
A series of rooms approximated through the large frame of the monitor in one direction constitute the main space of this work.
Images of monitors, smartphones, and windows moving around the room in sequence, as well as images of hills reminiscent of Windows XP, are projected and placed throughout the room. 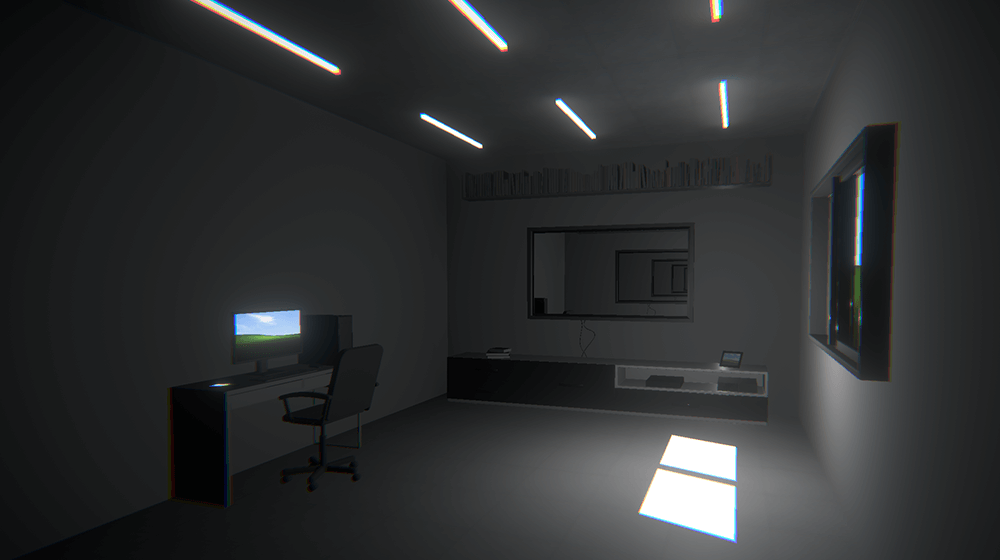 As you move through the room, the monitors and windows become more complex and intermingled, and sometimes the room changes as if melting. 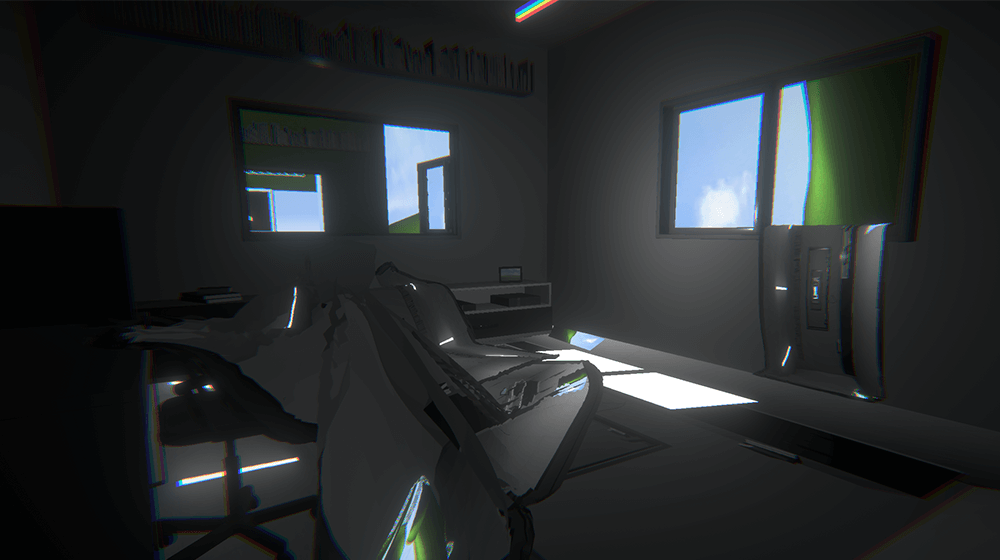 Therefore, as the viewing progresses, the recognition of proper nouns such as desktop PC, smartphone, and window becomes unstable, and it becomes difficult to distinguish between images reflected in textures and objects with shape data only by the difference of whether or not they can be included in the image that the viewer is looking at.
This experience makes it clear that each object and the image of this work’s space reflected in the texture are equipotent when output to the VR HMD. 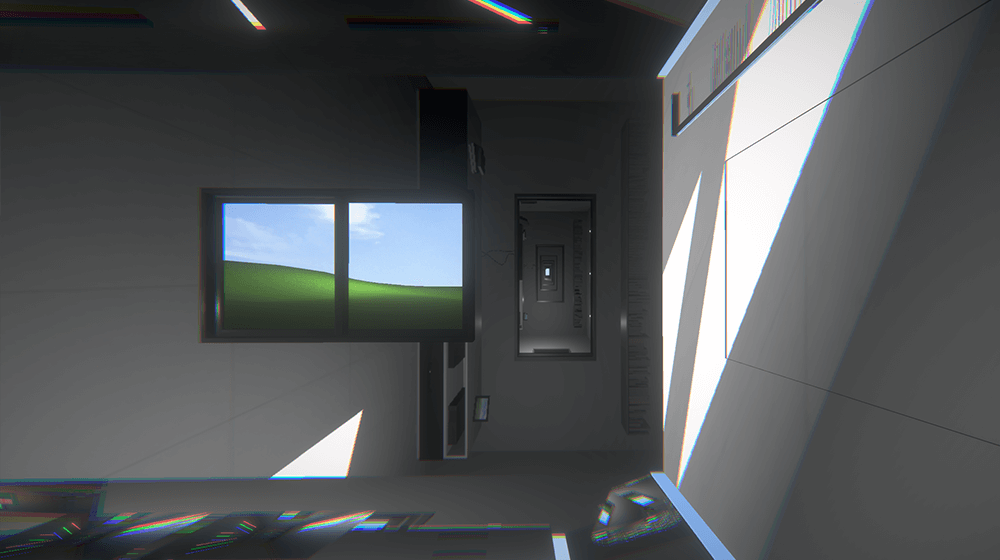 A room with confusing images of objects and textures

The experience of the gradual change in the approximate room, which is a series of straight lines, is accompanied by a rhythm reminiscent of Takashi Ito’s work “SPACY,” as was mentioned in the comments by the jury president, Naohiro Ukawa.
The confusion that occurs to the viewer there will invite the viewer into the problematic system of VR HMD.

Launching the medium itself

At the end of the last room, the image of the hill that has been shown on the display appears as a VR space. 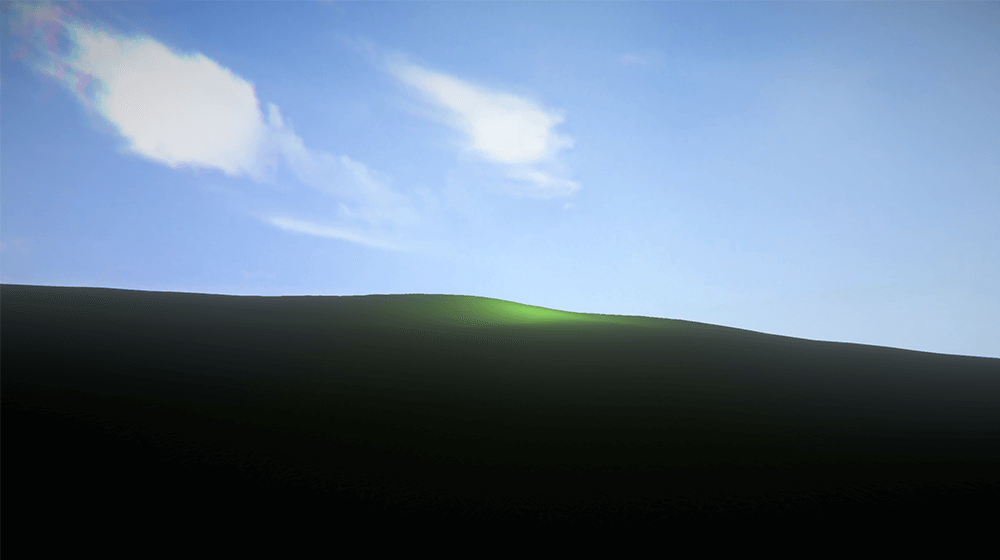 After walking straight down the hill, you will enter a space where “two spherical images in the form of VR HMDs” are projected. 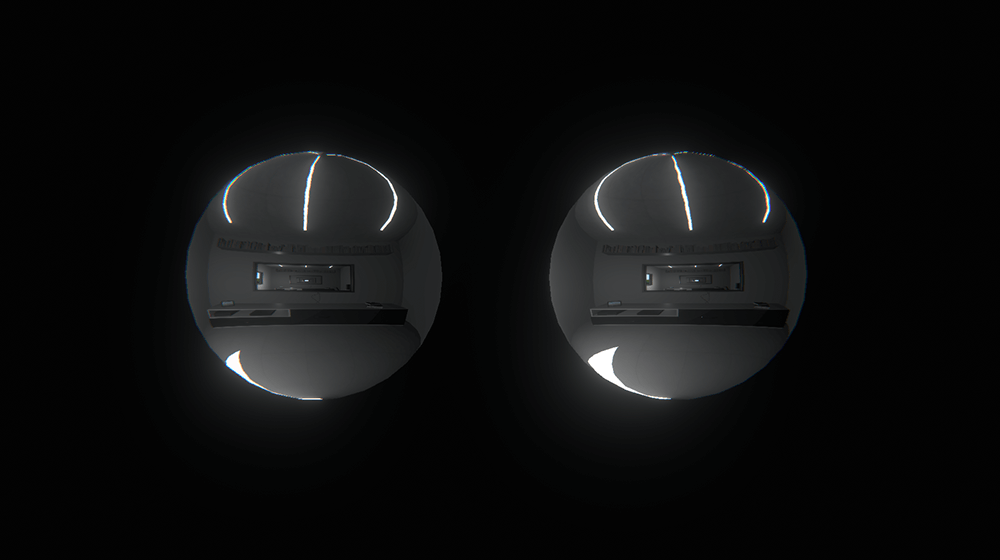 Images projected in the space and output to the VR HMD

Throughout all of this, you can understand that the objects on the display and the images of this work projected on the texture are identical, and what you experience as “VR space” is to appreciate the flat images on the display.

In this way, this work is a media art (a work that refers to the medium) that shows the VR HMD, a medium that is often perceived as a kind of magical device, as “a display that outputs images while using various sensors and sounds together.

Through COVID-19, there are more opportunities for actions that used to be performed in real space to be performed in VR space, but the elements that 3DCG acquires to be experienced in VR, which were dealt with in this work, tend to be half ignored.

The problematic system of VR HMDs presented in this work will reveal the principles of our VR experience, and at the same time, it will provide us with an opportunity to think about “how to build a rich experience,” and give us the perspective to push forward with it.

There is no complex interaction programmed into this work, and the only interactive elements are the “movement with the controller” and the movement of the display with the VR HMD’s sensor. It can be said that the experience of moving through the space designed by the artist is the work, a form of work called an installation.
However, the fact that “the experience itself is the work of art” may be difficult to understand, as if grasping at a cloud.
So let’s look at this work with the idea of installation in mind.

Installation as seen through “Displays XR”

The space of “Displays XR” can be roughly divided into

The space is divided into the following categories, and they are connected in one direction from the first penetrating monitor.

What if each object in the film, such as a desktop PC or a smart phone, were presented independently?
Or what if all the images were presented at once in the same space?
It would be difficult for viewers to understand the concept of this work.

In other words, the meaning of this work is created by “the viewer walking through the space, relating motifs and phenomena, and thinking about them,” and I think the work is established by the artist designing the space with this intention.

The monitor, which is connected to and penetrates the straight line, becomes a line of motion (a line along which the viewer is expected to move), and the room changes in accordance with the line of motion.
By doing so, the experience of distinguishing between the images on the objects/textures and the experience of confusion are relativized in time and space, and each experience is presented in a comparable way.

As a different element from the video, it would be necessary to assume a (fictional) viewer’s body as an element for viewing/producing content that moves through 3DCG.
It can be said that the intervention of the viewer’s body is what makes a certain kind of 3DCG installation experience like this one possible, and that is one of the attractions of VR HMDs.

An important element of this work is to confuse the images on the texture and the space constructed by the objects when viewing it, and above all, it can be said that the work is activated by experiencing it.
We invite you to experience “Displays XR” for yourself.

The online learning site NEWVIEW SCHOOL ONLINE is now open, where you can learn from the basics to the application of Unity and PlayMaker, which are necessary for VR/AR content production, and learn the production process (production techniques will also be disclosed) of the attractive content distributed on STYLY!

usually. Japan student who is interested in the nature of 3DCG / XR media. Have a close position to time art.