This article introduces the work “VR CYPHER” by Eguo, an audiovisual artist who participated in NEWVIEW CYPHER 2021.

NEWVIEW CYPHER is a project in which artists and creators active outside of XR activities use STYLY to create XR.

Twelve artists and creators are participating in this project, and we will be featuring reviews of their scenes in Pick Up Scene.

The second one is by Eguo, a motion graphic artist. 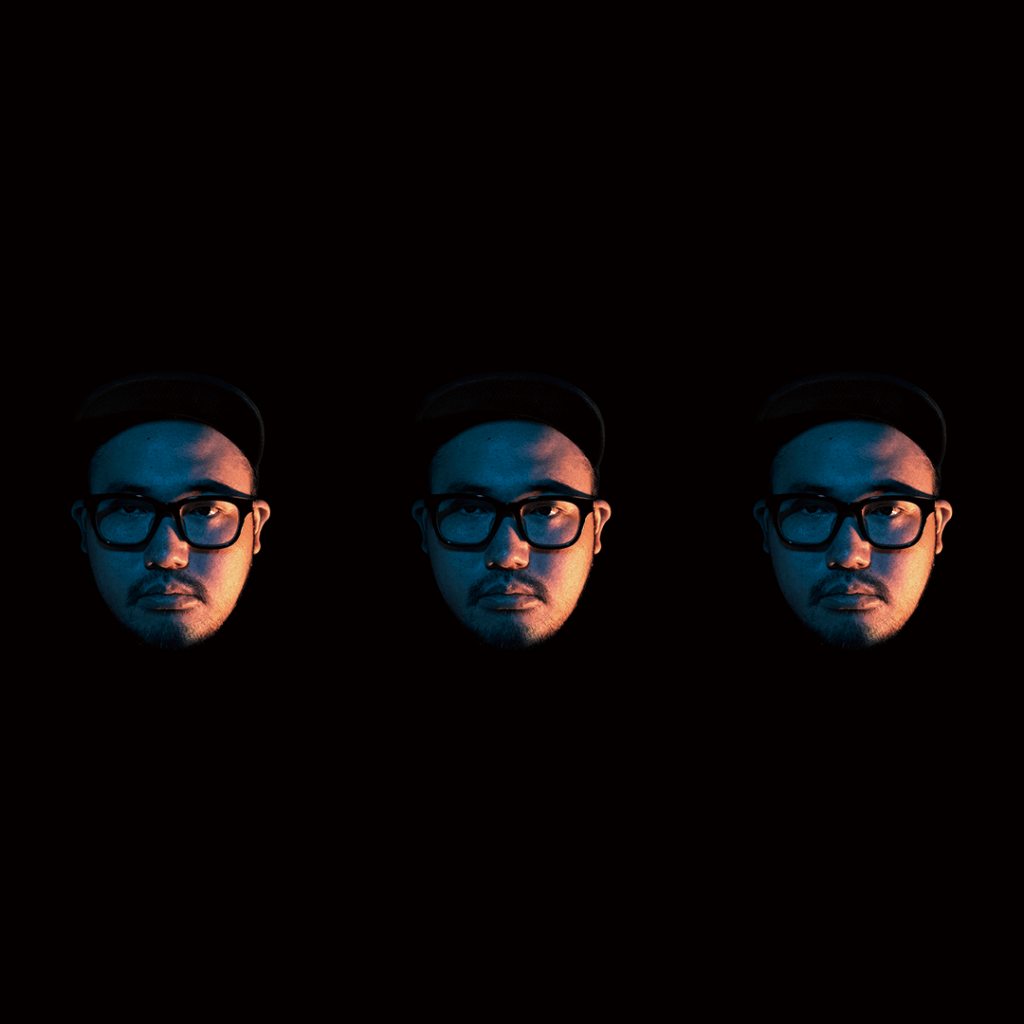 Eguo is an Audiovisual Art / Electronic Music producer from Tokyo.

Under the name Video Bouillon, he has released a number of video works that fuse his own electronic music and images.
In 2017, he started his audiovisual live performance activities. He has performed live at Ebisu Liquid Room and music video media Boiler Room/DOMMUNE.
In 2019, he released a music album “Digital Maze” and four music videos. He has been active in a wide range of fields, including VJing, artwork for flyers and posters, and being a member of the YouTube interview show NEET TOKYO.

In the past, he has released an EP of self-produced electro music and produced its audio visuals himself.

When the work begins, you will appear in a cube space. At first, there is a sign for how to have fun. 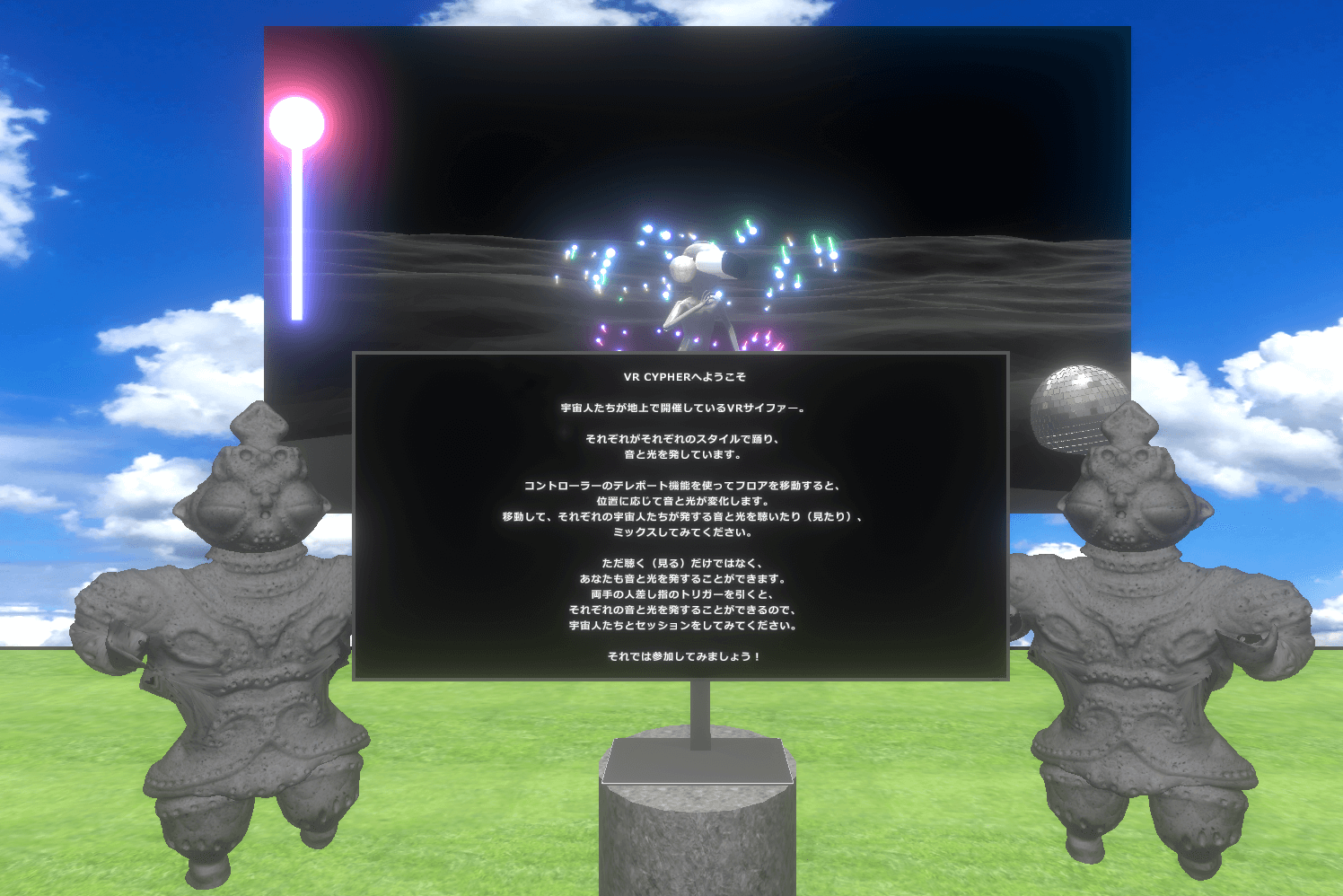 When the camera moves to the space above, you will be transported to a space-like place.

Then you will see aliens wearing VR goggles, generating particles, and just moving and dancing around. 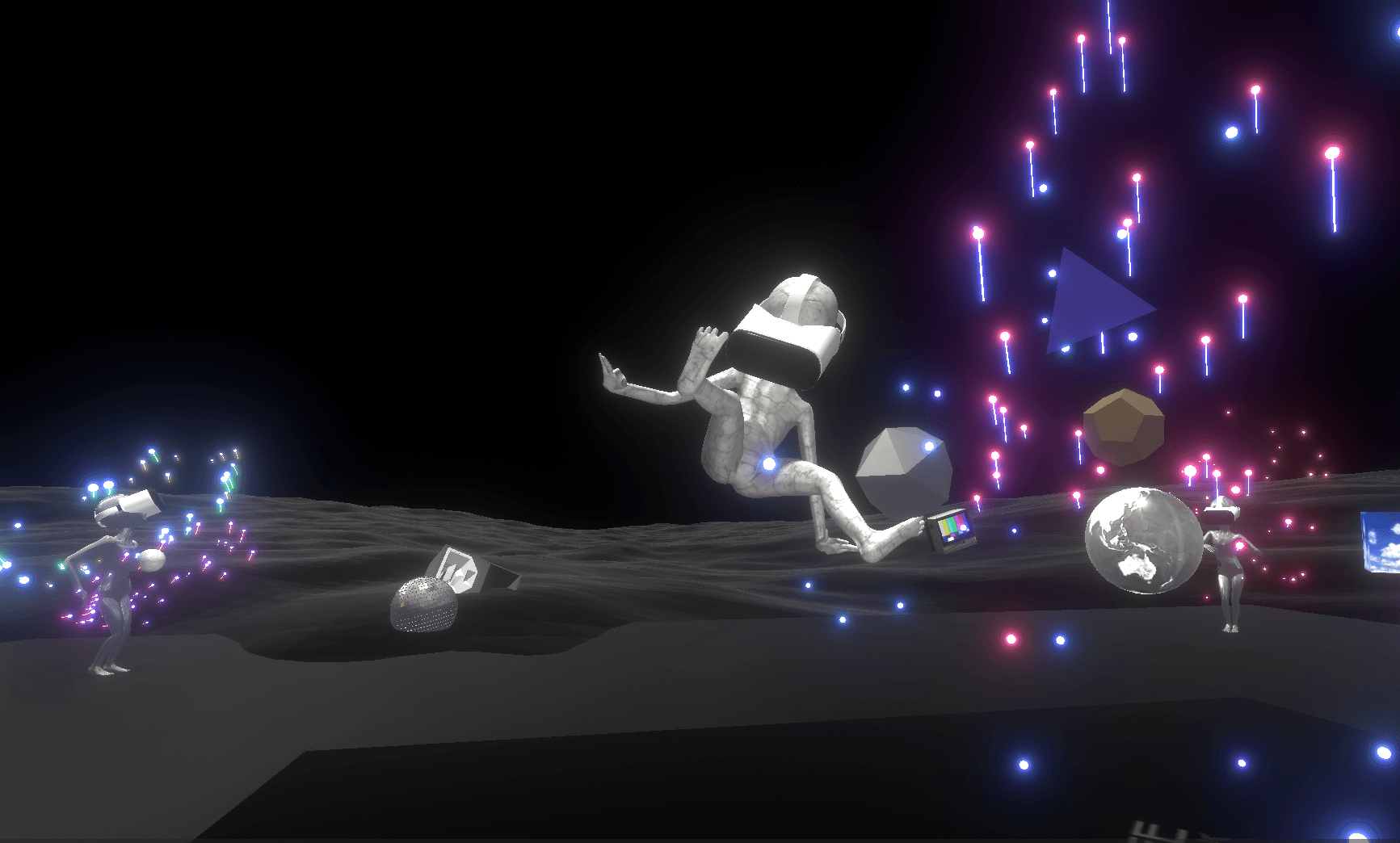 As you wear the VR goggles and move through this space, the sound generated changes depending on your position. The sounds are generated by aliens.

The sound generated will change depending on the distance between the alien and your position.

Also, by pushing in the trigger button on the controller, sound and light are generated. This interactivity allows the viewer to create his or her own unique music. 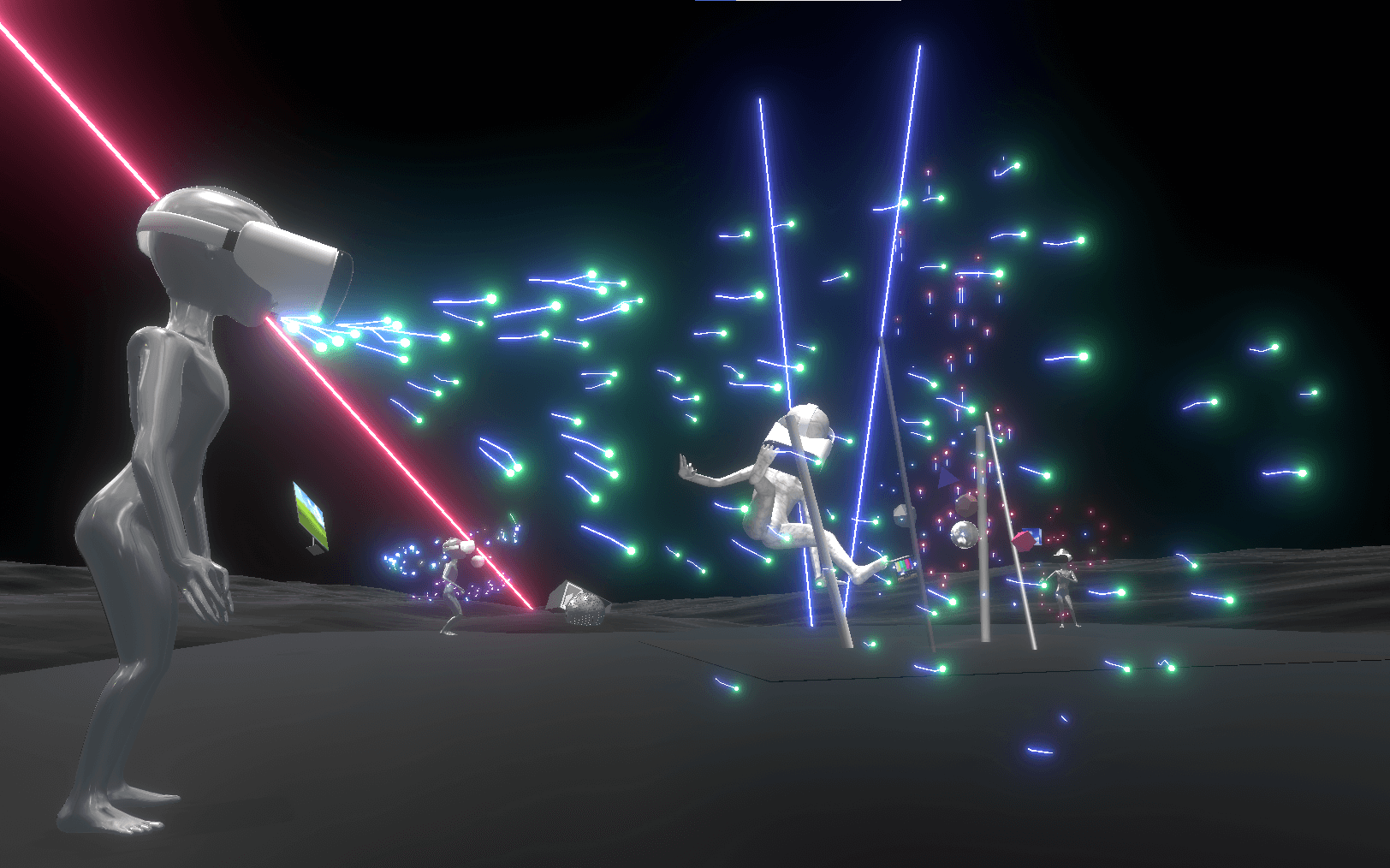 Changes in sound and light

This work is an experience of the act of wearing VR that transforms one’s body into a musical instrument/DTM.

Eguo has been working under the title of AudioVisual Artist.

Originally, AudioVisual is an expression that combines club music and electronic music with visuals such as video.

Much of it is spoken of as 2D expressions such as Music Video and VJ.

However, many of them are a combination of timeline and footage (video material). There is little interactivity for the viewer, and the viewing experience is one-sided, from the expressionist to the viewer.

By using VR and a game engine system, it is possible to have an experience in a 3-dimensional space, and to have an interactive viewing experience where the viewer can change the space and sound by moving or pressing buttons, rather than a one-way viewing of sound and visuals.

Audio-visual is the act of extending the sound of club music. It is an attempt to visualize the invisible.

Visual is defined as below.

However, Eguo’s XR work is an experience that goes beyond the visual. It transcends the realm of visuals alone, including physical and interactive experiences.

Club music is essentially a musical experience that involves the space of a club. The key element of the experience is how to observe and digitize the interactivity that occurs there. The interpretation and expression of the music is the representation of the club music of its creator.

How the fusion of music and VR will change club music and expand its expression as art will be a key point in the future.

Eguo’s work, with its physicality and interactivity of the viewer, does not limit club music to one-way viewing, but allows the viewer to leave the hands of the artist and create their own individual experience.

Let’s actually access it in VR and find your own unique experience.

Watch the work and imagine how you will experience the novelty of club music and audio visuals.

You may discover something new not only from the perspectives other than those mentioned above, but also by watching them carefully.