NEWVIEW CYPHER is a project in which artists and creators who are active outside of XR activities create XR using STYLY.

Twelve artists and creators are participating in this project, and we will be featuring reviews of their scenes in Pick Up Scene.

The first one is by iramina, a motion graphic artist. 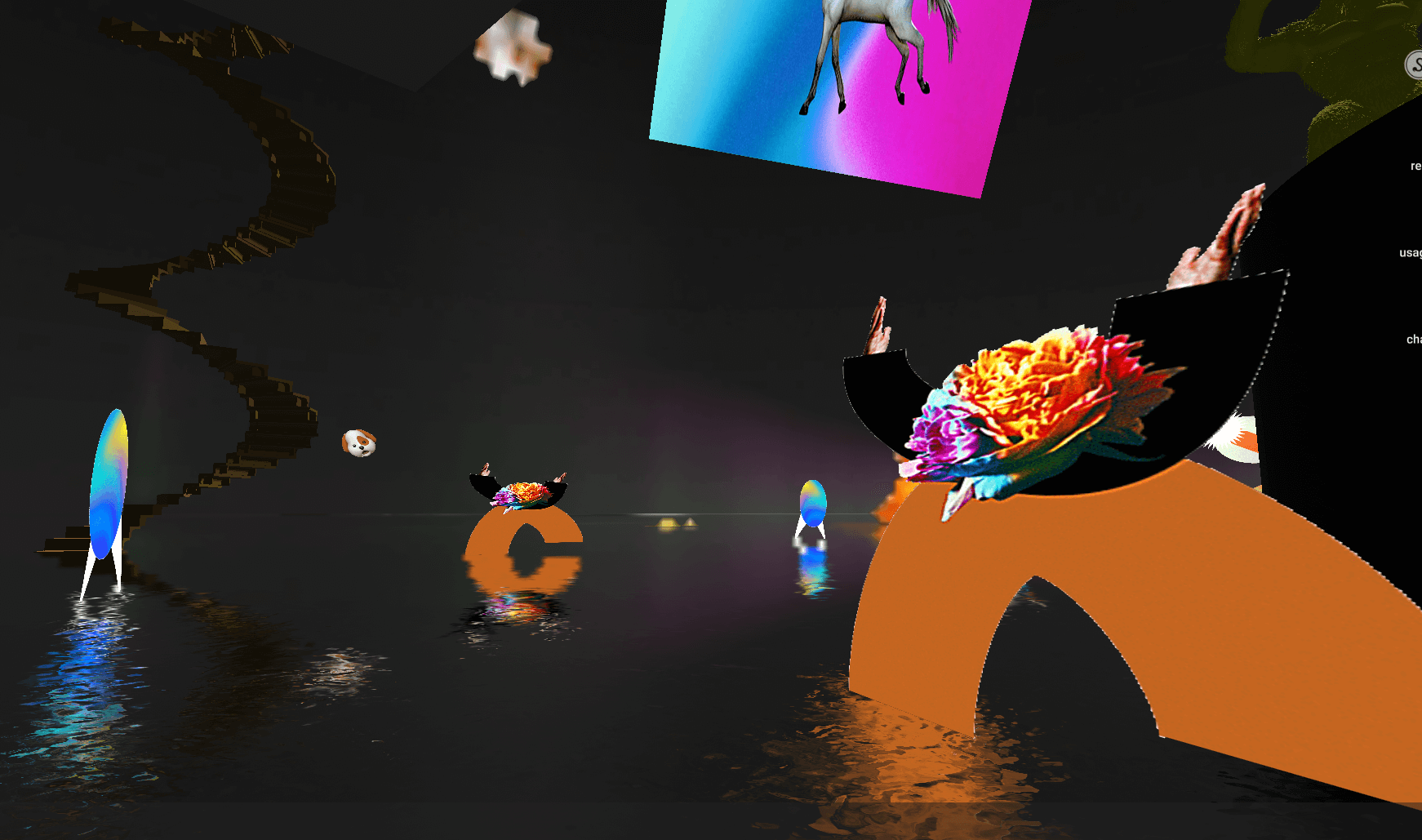 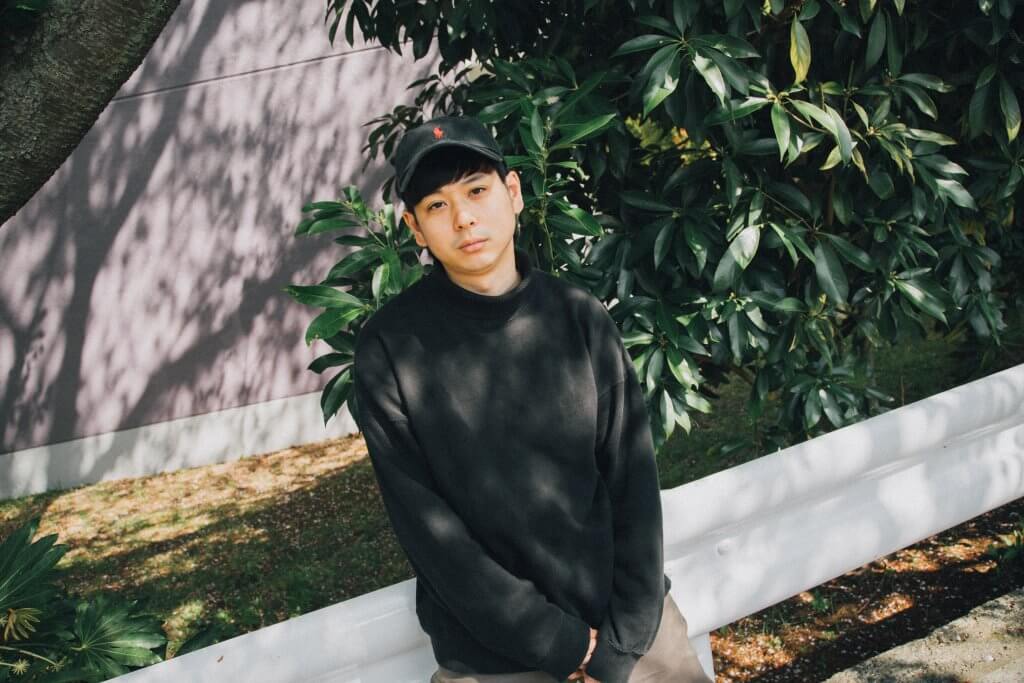 Through his music career, he became interested in creating images and designs.
He has been making various videos with motion graphics as his main medium.
He tries to create visuals that are a mix of “cool” and “cute”.

He is also active in music with his solo project “Communication” and my machine live group “Machine Safari”.

In the past, he directed the OP video for a comedian’s “Lalaland Solo Live “Shukuden””.

acid is a common name for LSD, and is used to refer to hallucinogenic effects and psychedelic experiences.

As the word implies, this work offers a fantastic experience by accessing a space surrounded by unrealistic objects and characters. 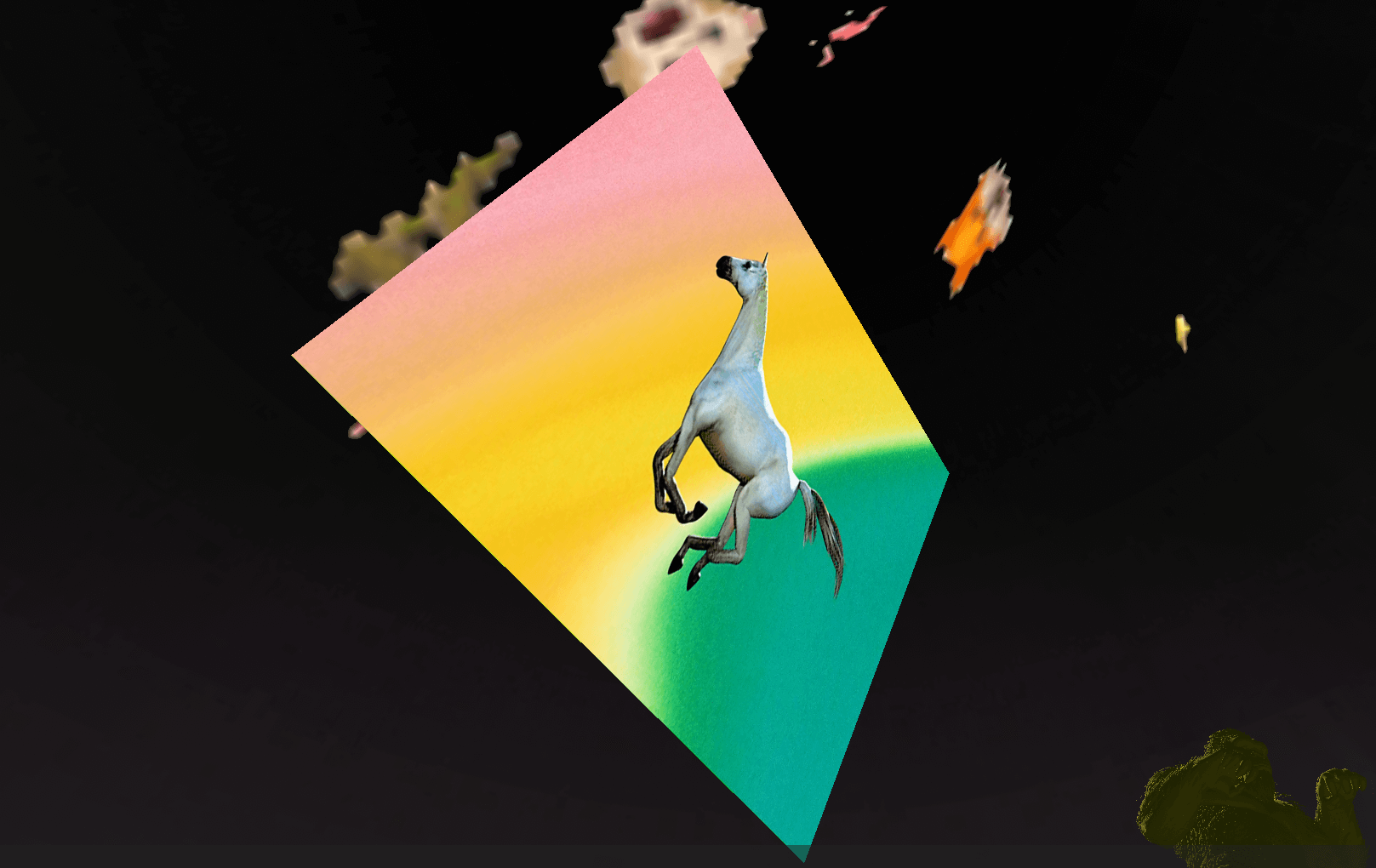 What catches the eye is a floral character with a distinctive human shape. 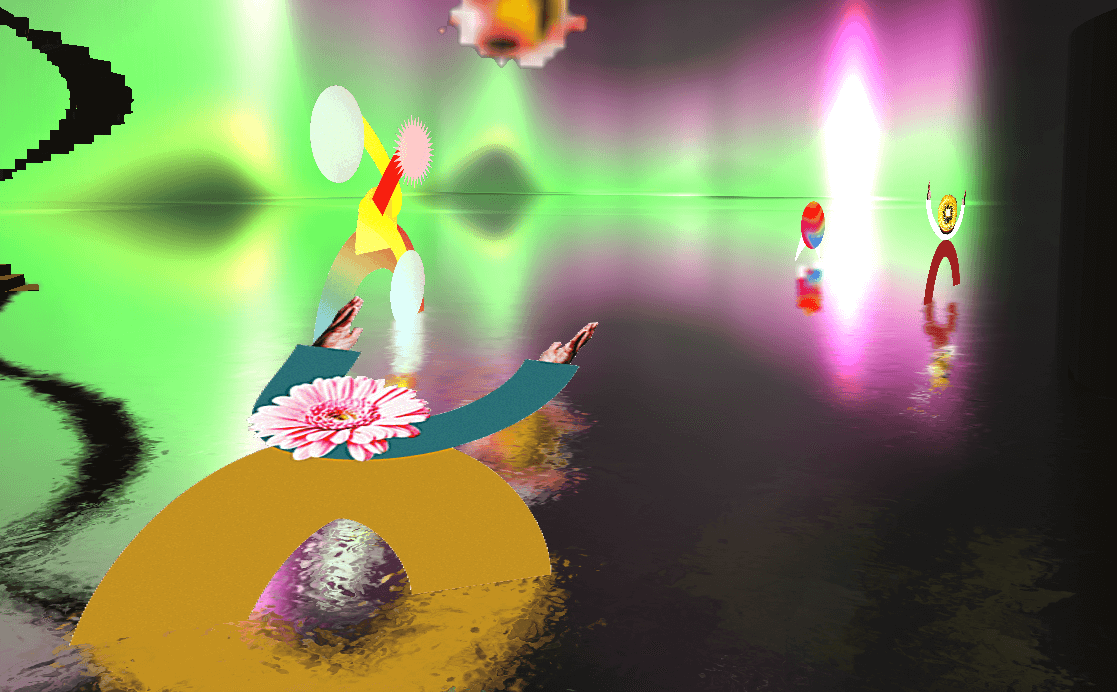 Performing a unique dance, the characters seem to have a cult-like quality, as if they are sending some kind of radio signal to the viewers.

The presence of these characters is considered to be very iramina-like.

As a barrier to entry for XR, I think many creators are concerned about not being able to do 3DCG or worry that they can’t compose well without 3DCG.

However, as a creator of motion graphics, by putting his own expression into GIFs and placing them in space, he is able to construct 2D images of motion that cannot be constructed with 3DCG.

By doing so, I believe that he is able to incorporate his personality into XR.

The result is a work that strongly brings out the potential of the XR. 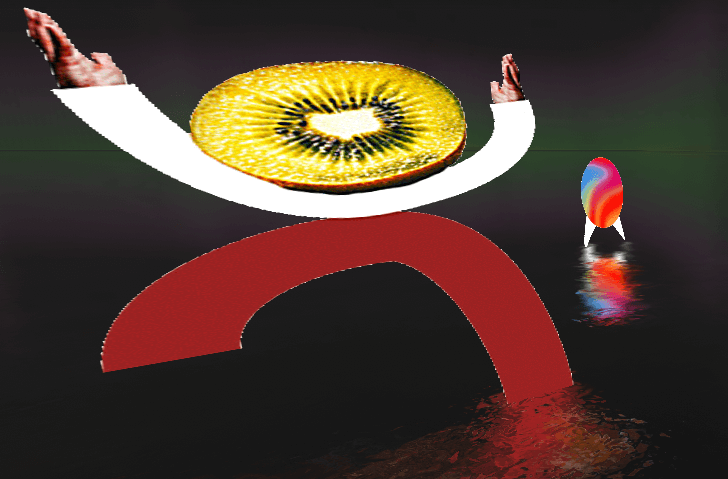 Let me introduce the relationship between the work and the music.

On the platform of the space, we can see an inorganic humanoid presence and a dancing 3DCG of a gorilla. 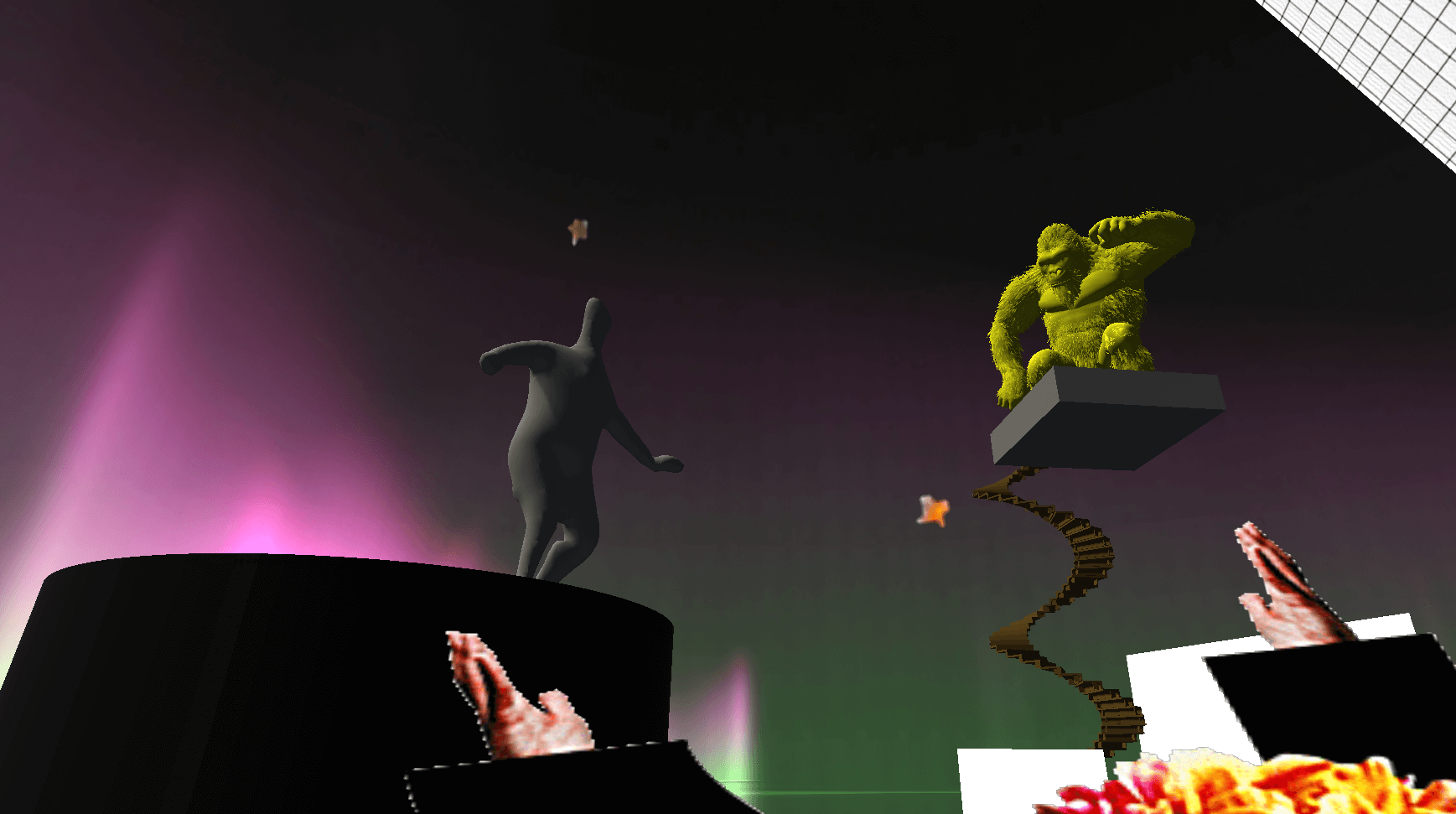 In contrast to the 2D GIF dancing on the surface of the water, the beings that are higher than us are 3DCG.

The structure, as the word suggests, seems to be a symbol of higher dimensional existence.

The minimalist background music in the acid room is acid house, a type of dance music that uses synthesizers and drum machines.

“Acid” is a slang term for LSD. Acid house is an intense and stimulating house music that amplifies the tripping sensation caused by narcotics. It is characterized by many repetitive phrases that make you trip just by listening to it.

House music such as acid house is also associated with rave culture.

The DJs and the people who instigate the audience are sometimes referred to by us as higher beings.

In iramina’s acid room, the space is arranged in such a way that the higher dimensional beings can be seen from anywhere, 360 degrees around. The composition is like a rave.

It is a composition that shows the background of iramina’s musical activities.

In this article, I introduced the construction of space using GIFs and the background of music.

You may find new discoveries not only from the perspectives other than those mentioned above, but also by taking the time to appreciate them.

Once you have downloaded the scene, click on the image below to access the scene. Scan the QR code on the scene page to view the work. 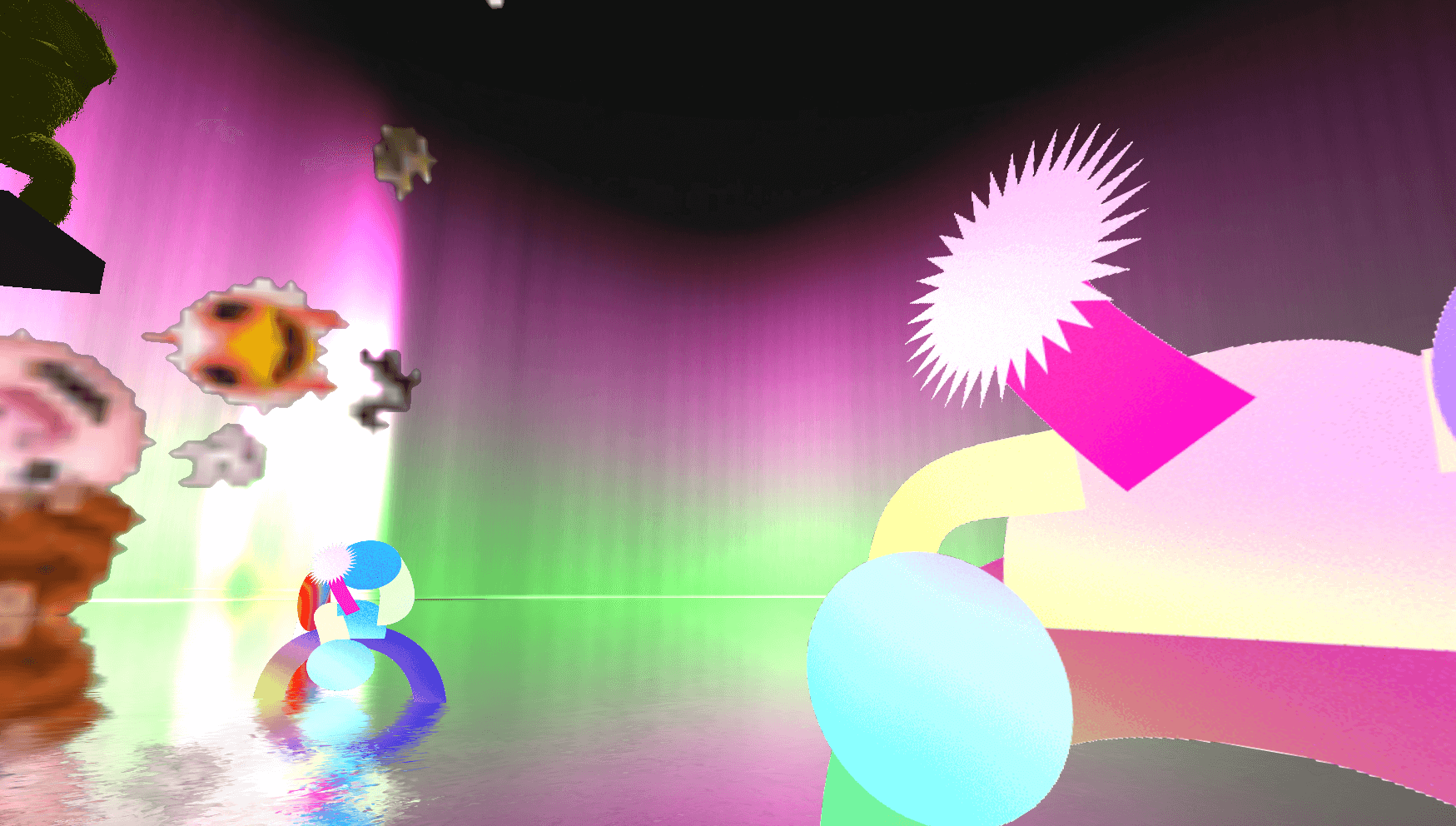