For our second article, we will delve into the work of DJ/producer Telematic Visions and visual artist cosgaso.

About Telematic Visions and cosgaso

Telematic Visions is a Tokyo-based DJ and producer. His pop- and electronica-influenced music features visuals inspired by otaku culture and media such as anime, video games, and manga.

cosgaso is the artist behind the iconic anime-style character and visual works that accompany Telematic Visions’ music.

A video of the collaborative XR live performance at AVYSS Circle is also available on YouTube.

About the AR Scene

This medium-sized work can be viewed both indoors and outdoors.

The scene features a UI similar to that of a visual novel game. 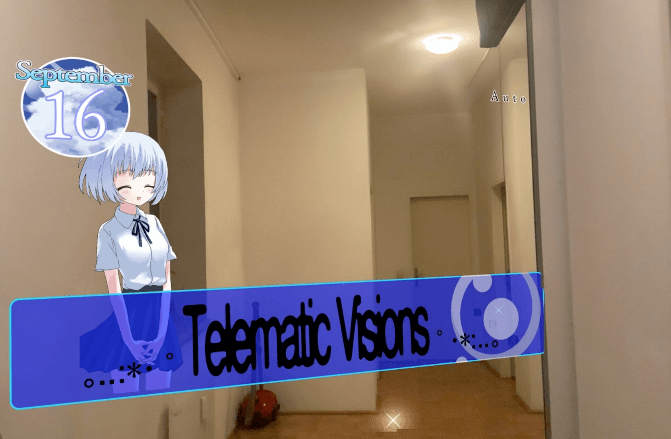 A few seconds into the scene, the anime character’s expression changes. 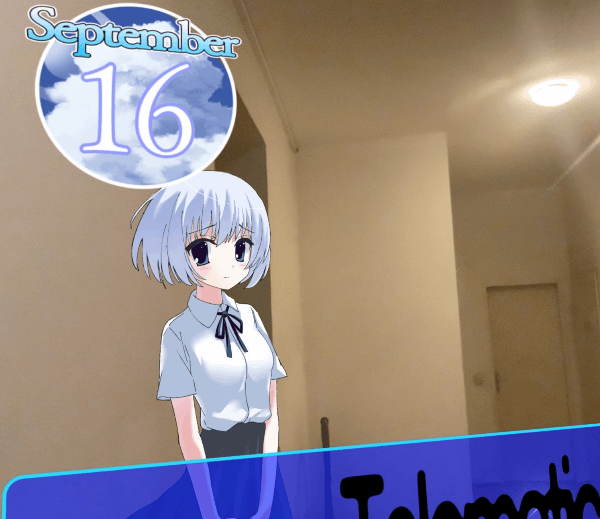 The character’s expression changes over time

This is all to the very simple scene, which also can be used as a photo frame.
This AR work allows anyone to capture reality inside Telematic Visions’ world. 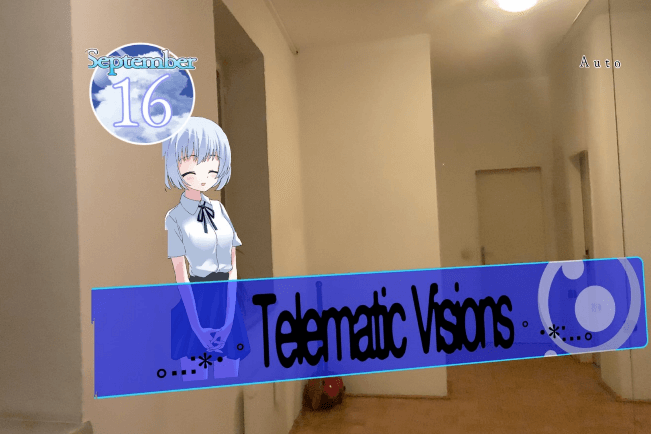 You can experience Telematic Visions anywhere

Let’s launch the scene and try it out!

How to Experience an AR Scene

If you are accessing this page from a smartphone, tap the “Try Now” button.
If you are using STYLY for the first time, please also refer to the instructions below.

After tapping “Try Now,” you will be redirected to a page like below.
If you have already downloaded the STYLY Mobile app, select “Activate in STYLY app.”

If you are accessing this page from a PC web browser, first click the “Try Now” button to open the scene page.
Then, in the scene page, click “Experience in AR” and scan the QR code with your smartphone to launch the scene on the STYLY Mobile app.

Edited by SASAnishiki
Translated by cpnnn