Continuing from my last article, I am going to create a “VR Manga” using “Tilt brush”, a software that you can use to draw and paint in VR!
This is my 5th article for this series, and this is the final episode! 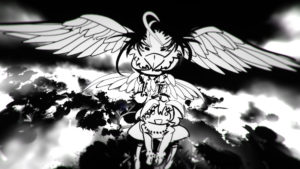 Let’s use Tilt Brush to draw a VR Manga!! -Part 4- ( Click the image to open the article ) 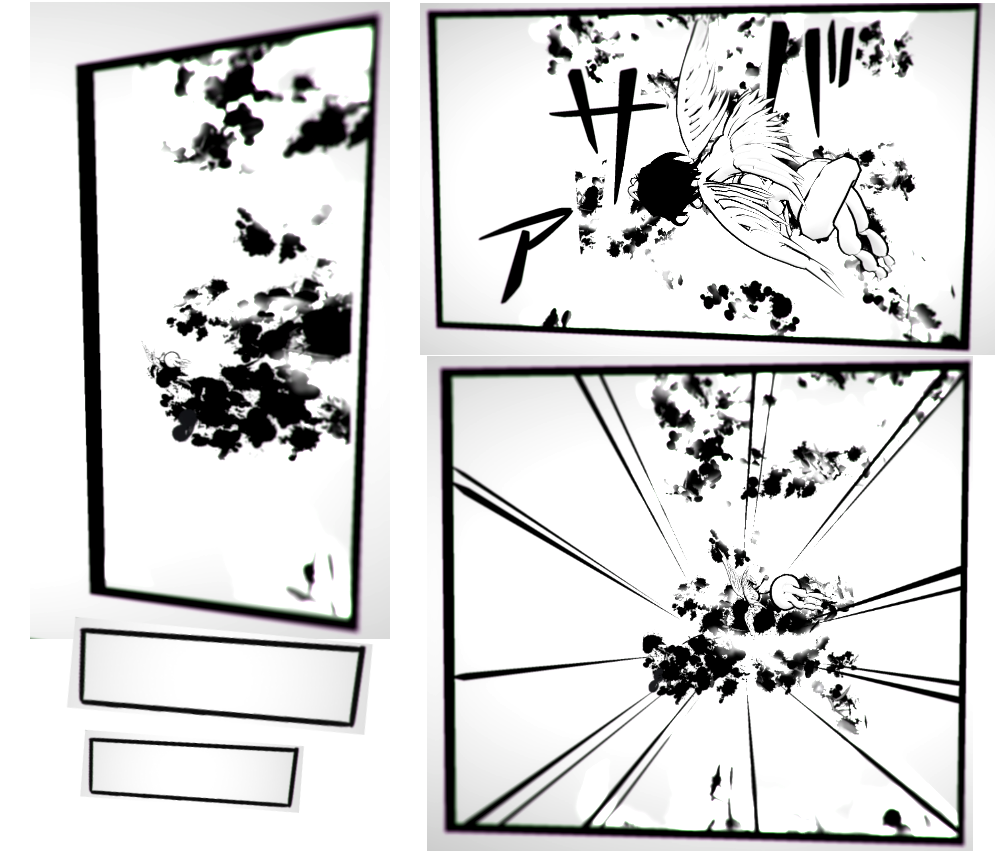 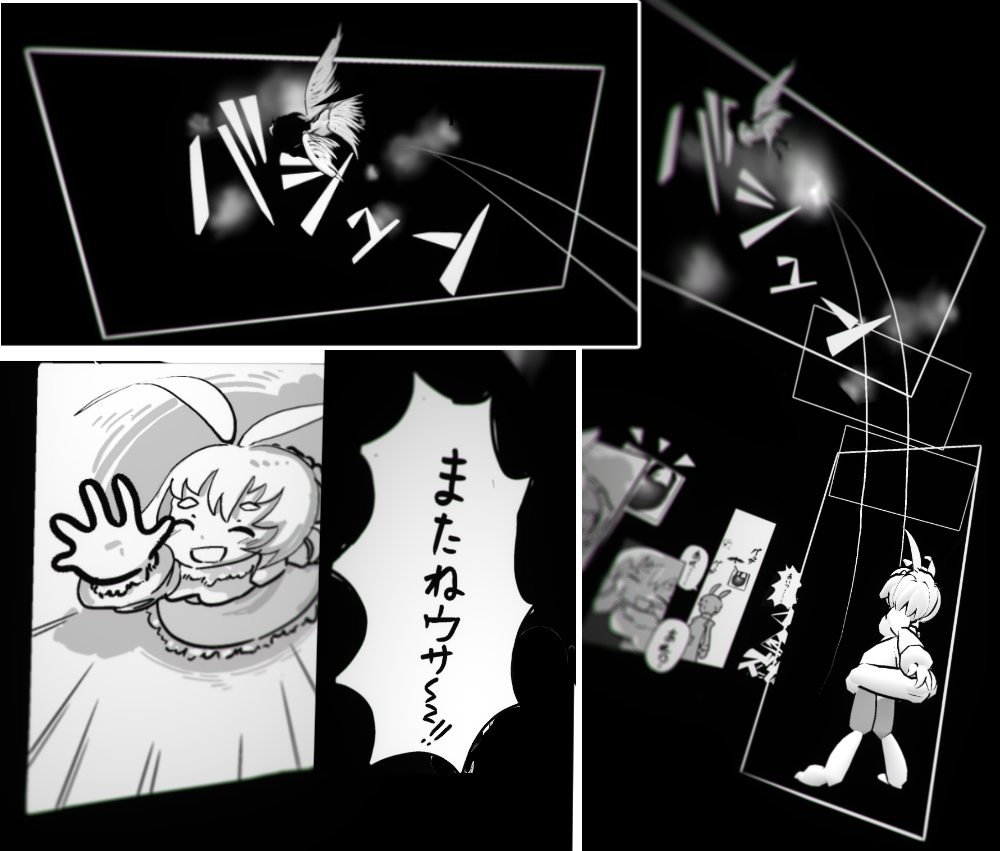 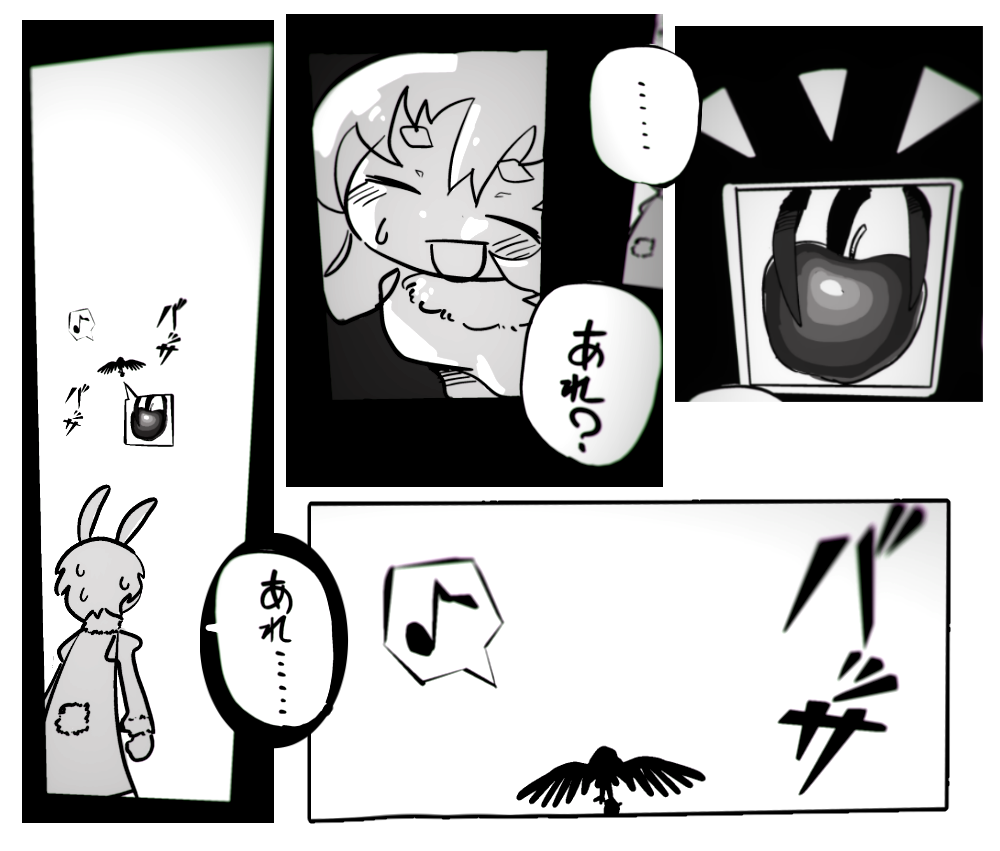 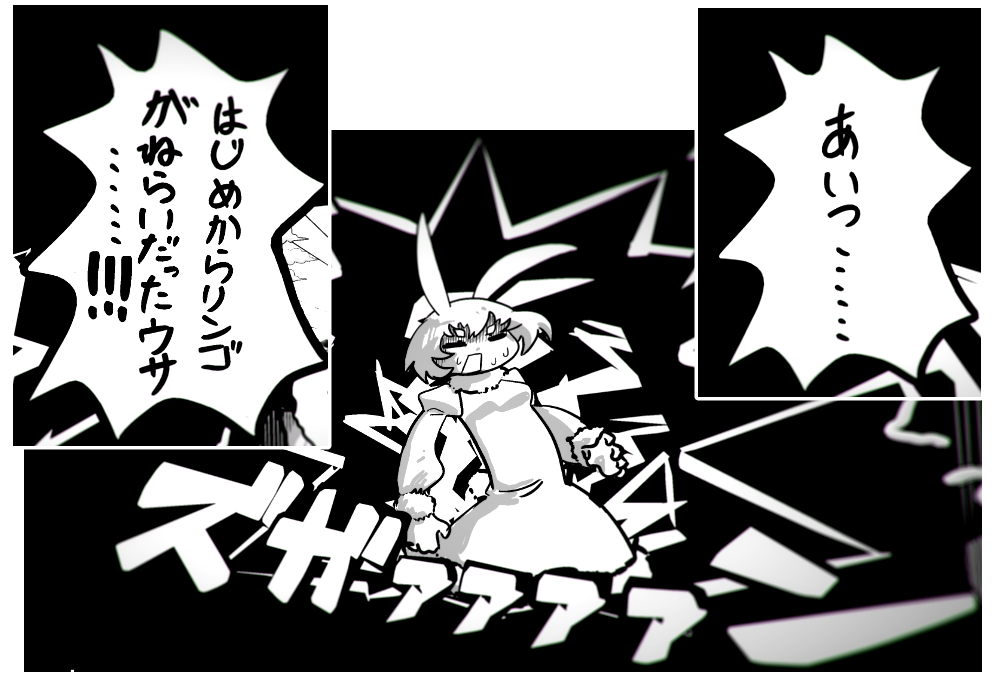 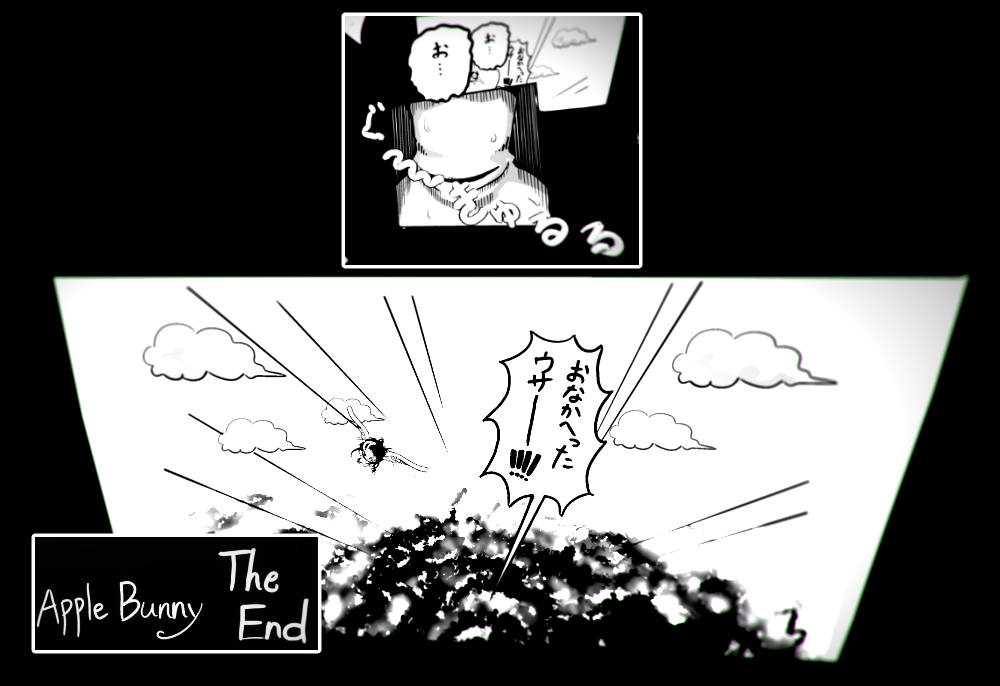 Finally! The final episode of Apple Bunny!! How was it???

This was my first attempt to create a VR manga with a story, so I tried to keep the plot simple.

In the 5 episodes of my VR manga, I tried many new techniques, and found some points that I think I could have done better.
In today’s article, I am going to talk why “Apple Bunny” was created, what I discovered through the series, and finish up this series!

Let’s go on then, shall we!°˖✧◝(⁰▿⁰)◜✧˖°

Why I chose to draw a VR manga

Have you ever read a different VR manga?

If you search for VR manga’s, the famous ones are mostly manga’s published by companies.
Many of them use 3D models and animations, and take full advantage of 3D technology.
The expressions only possible in VR are truly fascinating, and you can see the effort put into these creations.

Some factors I truly love about manga is that it can be create single-handedly, and can be created quickly, even weekly!
This leaded me to ponder, ”Is there a way I create a VR manga like that?”

I think that VR manga must become like that for VR manga to get more popular!
Manga is “Manga” because, anybody can draw and create manga freely!!!

”Apple Bunny” was my challenge to accomplish these tasks!!!

Considering what is possible in VR Manga 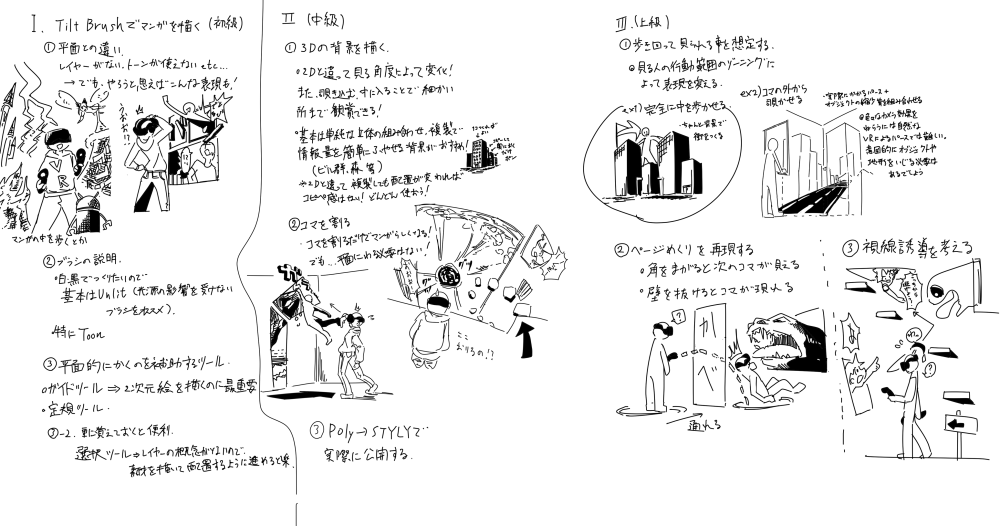 My idea notebook for VR manga

Hence drawing in VR, trying out and exploring expressions only possible in VR was important.

Another factor was that I wanted anybody able to challenge without hesitating, so I tried to think of what I could do using only Tilt Brush.
That was why I did not use software such as Unity.

There are many other VR paint software’s, such as Quill and Leap Motion Paint. I think, and hope that more software’s will be published in the future!

Even compared with other VR artworks, I think VR manga is and will become an interesting genre, since it can express stories very well.
I’m looking forward exploring the possibilities of the current devices and software, and the future ones!

Let’s just give it a try anyway

As I tried and tested my ideas, I gradually felt that ”Ok, I can probably create a VR manga now!”.
So, I decided to just give it a try anyway, and started drawing Apple Bunny.

Energy and Passion is important!!

First, I had to design the main character(s) for my story. There were some points I had in mind.

① One or two main characters
② Keep the design simple
③ Create a design easy to draw with Tilt Brush brushes
④ It should be an energetic character, and jumps around in VR space 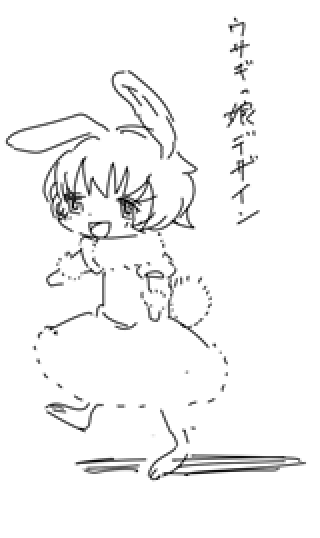 The reason I chose a humanized rabbit as my main character is that I can keep the character white, the ears are easy to draw using the Cel Vinyl brush, and the Toon brush can be used to make the character fluffy.
I planned to draw the character on a flat surface mainly, but I designed the character with 3D in mind too.

Once I made my mind up with the character, the next step was to create the plot.
I tried to keep the Kisyotenketsu as simple as possible.

The story I decided on was made from the next elements.
Ki A hungry rabbit found an apple.
Sho The rabbit climbed the tree, but accidentally fell.
Ten A bird cached the rabbit mid-air.
Ketsu The bird just wanted the apple, and the rabbit found herself in the first position again.

The points I had in mind was, as few characters as possible, but as big movements as possible.
I created an outline according to those points. 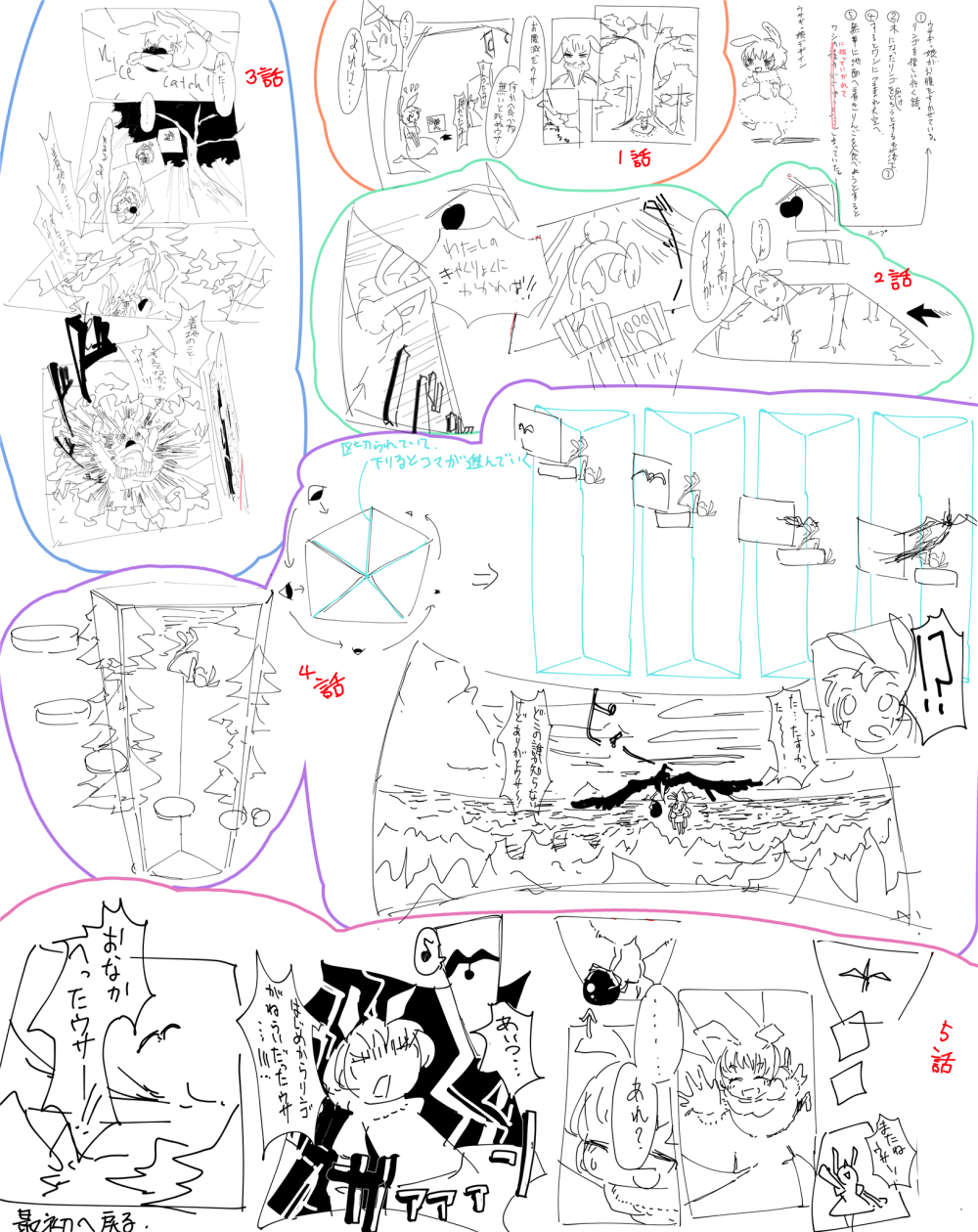 A storyboard full of VR-ish expressions

I only created a rough outline since I knew it will not go as planned.
I made my manga blueprint, so I started to actually draw next.
Please read my articles, part 1 – 4 for the details of the technique’s and method’s I used. 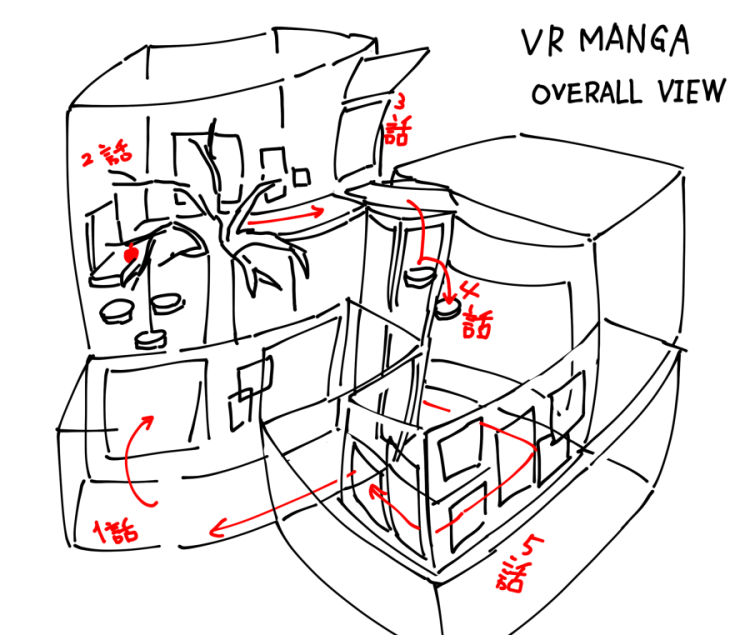 That’s all for my preparation for “Apple Bunny”.
I’m sure those who walked through Apple Bunny realized that there were many flaws, and I feel that there are many things I can still do.
Especially, the unintended invisible walls are a problem, and I must experiment more.

But with 5 weeks work, my VR manga is now completed!!
Finishing is very important for artworks.

There are very few individuals that are creating VR manga’s, and with no one to rely on, I was afraid that my manga will never finish.
But I think that I was able to demonstrate that a VR manga can be made easily, even by an individual.

I hope my article helps as a tutorial for the future VR manga artists!!
I am sure that you can create a brilliant manga!

Thank you for reading my articles, and my VR manga.
Many thanks for the people working for STYLY too, who invited me to write this article series.

It was tremendous fun!!!

There are many other informative articles on this website, and you can learn many tips you can use for VR developing.

I wish all the staff and all my readers the best of luck!
I hope to see you soon again! 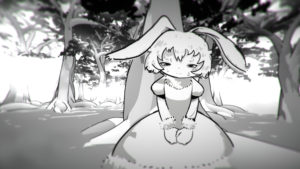 Let’s use Tilt Brush to draw a VR Manga!! -Part 1- ( Click the image to open the article

Born on April 26, 2018. 13 years old. Virtual YouTuber that delivers a sketch live from VR space. A dream to communicate the fun of Otikaki to the whole world and make the population of 10 billion people. https://www.youtube.com/c/oeka_aki