“VR Editor” released as standard feature of STYLY, which allows the user to edit a space from various viewing points such as first-person or bird’s-eye.

This new function allows you to scale down the space itself and edit it like playing with a sandbox from bird’s-eye view, as well as you can move, scale, copy and delete the assets in VR space.

It solves the problems at VR-space design such as 3D-specific difficulty to grasp the perspective or mistaken impression of the size by first-person view. So it now provides more intuitive operation.

The detail of VR Editor：https://styly.cc/manual/vr-editmode/

How to open STYLY VR Editor

How to operate in STYLY VR Editor 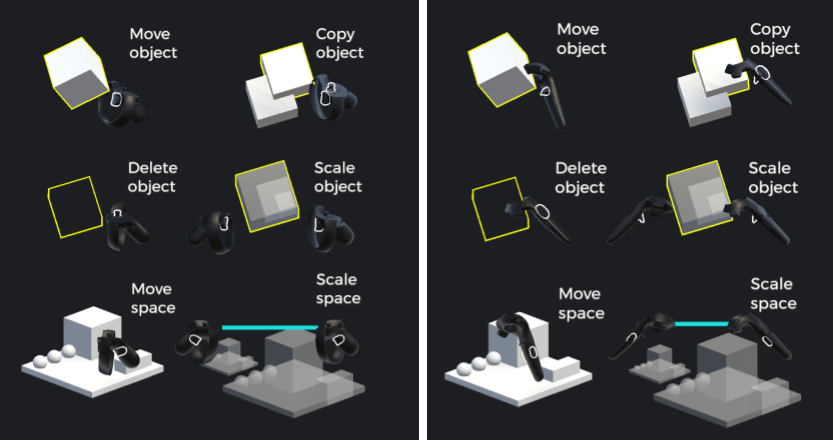 Move an asset
You can hold an asset by touching it with the controller and pulling the trigger. So now you can just move it to the target.

Scale an asset
Once you hold an asset, you can scale up and down it by spreading and narrowing arms with the trigger of the other controller pulled.

Scale a space
You can scale up and down a space by spreading and narrowing arms with the grip buttons of both controllers held down.

Rotate a space
You can rotate a space by moving both hands back and forth with the grip buttons of both controllers held down.