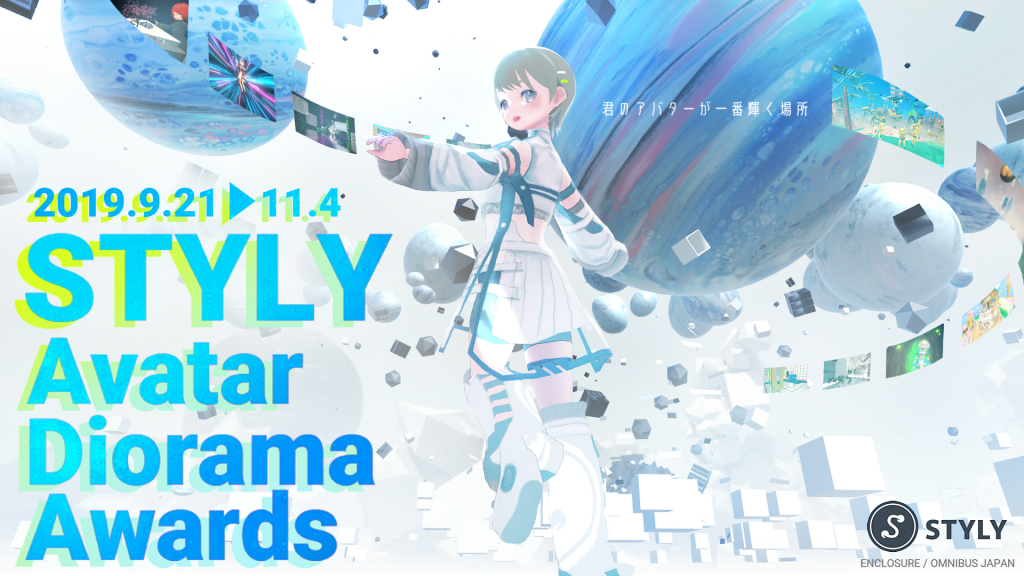 We usually use avatars (3D characters) by ourselves, but there is an increasing demand for using avatars for VR artworks.

The keyword for this award is Avatar x VR, and we hope that this will lead to new art expressions, and to the creation of rich artworks.

The theme is ‘‘where your avatar shines the most’.

Judges are ‘muta’, member of the virtual market executive committee and desginer of the original 3D model ‘キッシュ’, and the virtual YouTuber group ‘Omega Sisters’, and we await applications from artists.

We await VR content using avatars purchased from the Virtual Market 3. Applications should be created using the avatar in the creative platform ‘STYLY’, which can create new forms of expressions and experiences in a VR world.

If you use an avatar purchased from Virtual Market 3, we do not limit in any other way on what and how you create your artwork. Modifying avatars is fine as long as it follows the avatar’s user guidelines.

Anybody can apply any number of artworks (Groups are ok too). It is completely free. 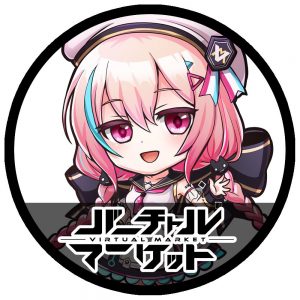 Virtual Market is an online VR exhibition sale, where guests can look at, wear, and purchase 3D avatars and models on the spot. Virtual Market aims to ‘develop and enrich the VR world’. 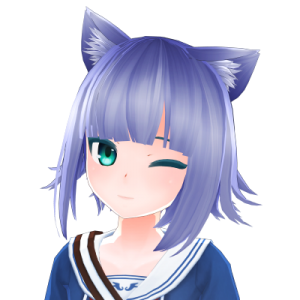 A 3D designer who lives in VR. Not only a modeler, but also creates motions and scripts. Representative work is the 3D model ‘キッシュ’. Is selling at Virtual Market 3 too. So addicted to VR that they go to sleep in VR. 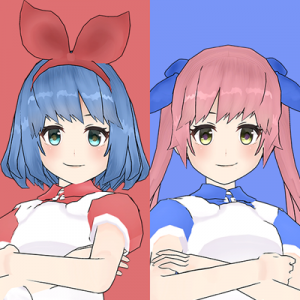 The virtual YouTuber group, ‘Omega Sisters’. They are twins, and the girl with the red ribbon is Omega Rei, the girl with the blue ribbon is Omega Rio. They have over a hundred thousand subscribers for their youtube channel. They create videos using VR technology, sing, play games, and much more in youtube. They also have a face as YouTube video contributors, and introduces new features. Representive works are 「【衝撃】VRでバッティング練習したらリアルでも打てるようになるの？」 and 「【巨大】野球盤を100倍の大きさで遊んでみた！！！」

※Note regarding creation of the figure

Basically, if the model is a FBX file or VRM file compatible with Unity, we can create a figure. For example, if the model has a cape without thickness created by a single polygon, the creation tool may automatically add thickness to it. Texture parts created by ‘transparent PNG or TIFF’ will not be created perfectly. If the model uses the popular technique to create cheek dyeing with transparent PNG, we many delete it before 3D printing.