*XR is a generic term for technologies that provide new experiences by combining the real world with the virtual world, such as VR (vertual reality), AR (augmented reality), and MR (mixed reality).

The concept of the program is post-reality and no-normal. “A new reality” and “no-normal world.” The program will examine XR, which leads to a world of true diversity, from multiple perspectives, including technology, philosophy, art, and culture. The first program, “XR chronicle,” will trace the history of XR technology, philosophy, and expression, with guest speakers Michitaka Hirose, a leading VR researcher and professor emeritus at the University of Tokyo, and Akihiko Taniguchi, a media artist who has shown the changes in reality brought about by new technologies through humor and deep reflection. We will exchange extreme and fantastic XR visions with DOMMUNE’s Naohiro Ukawa!

The LIVE event will also feature Tomoro Hanzawa, the artist behind “Displays XR”, winner of the “SUPER DOMMUNE Prize” at the NEWVEIW AWARDS 2020. He is a member of the extreme improvisation band Atouchi, and his allies PICNIC YOU and CHIBASTATION will give experimental live performances using XR.

Through “NEWVIEW DOMMUNE”, NEWVIEW aims to share the new possibilities of XR expression through repeated experiments in thought and expression. 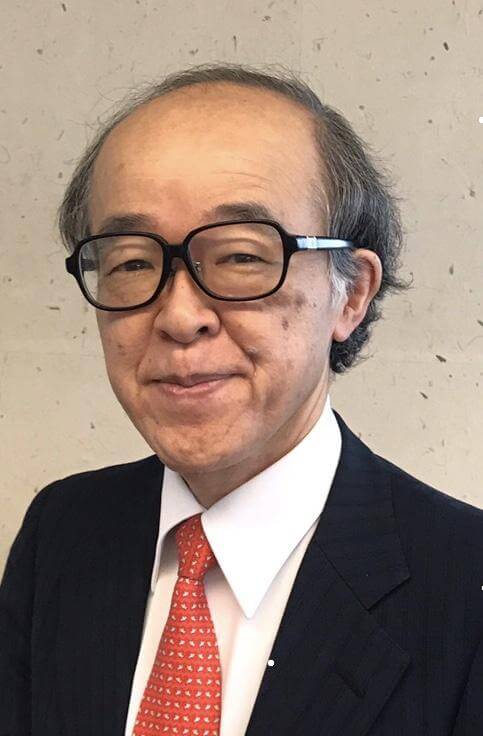 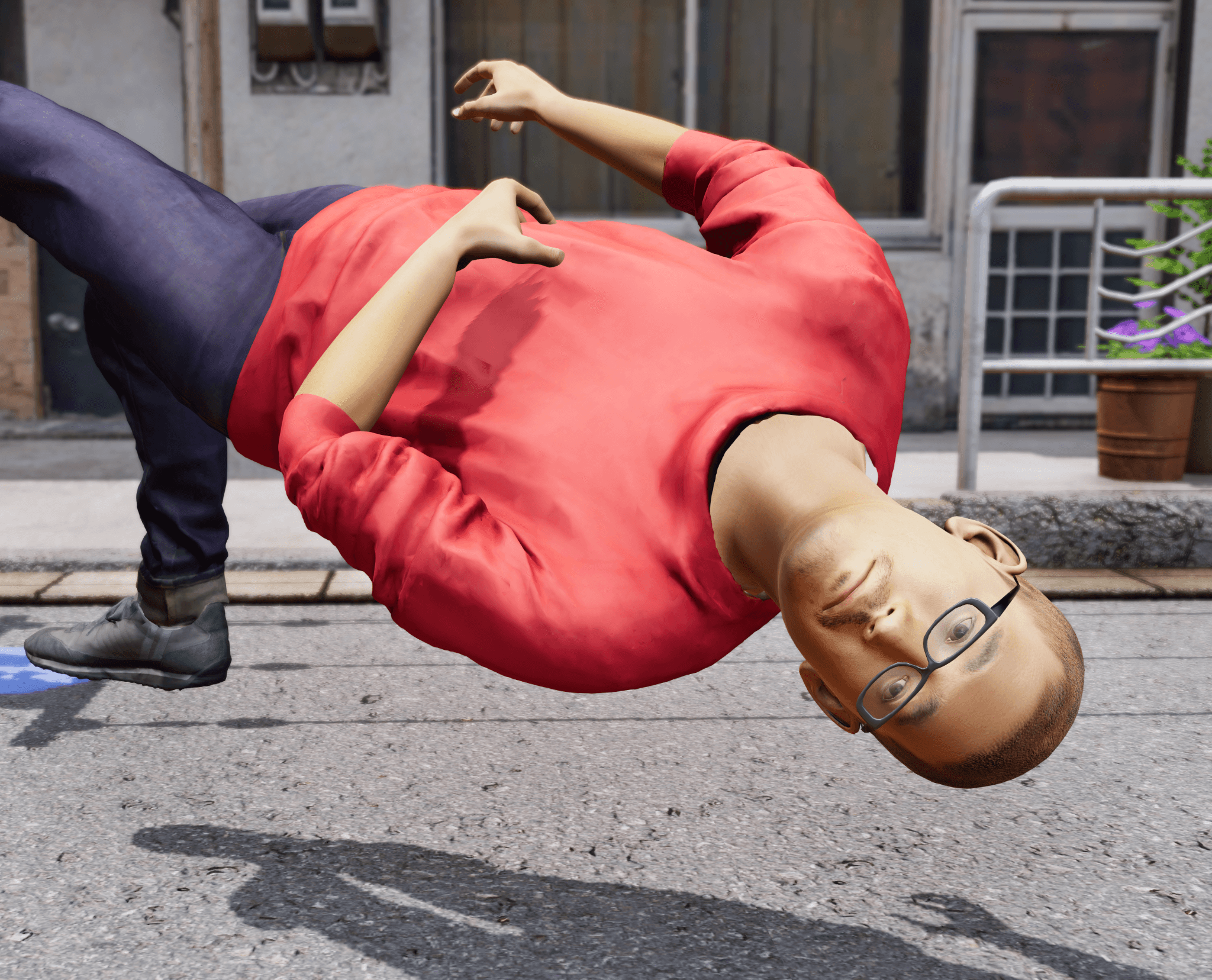 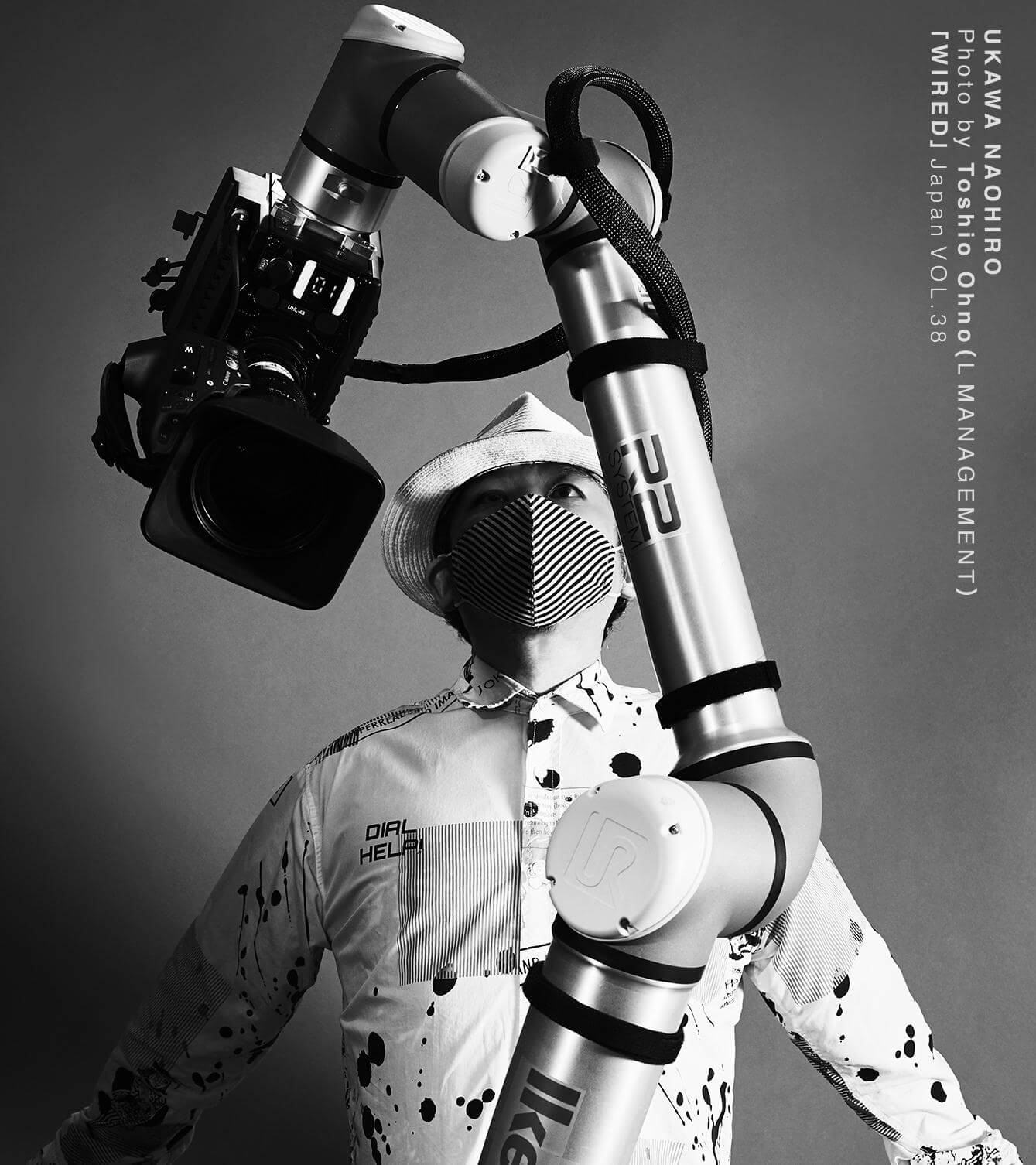 Born in 1968 in Kagawa, Japan. He is a “present” artist. Since the end of the 1980s, he has been active in a wide range of fields, including filmmaker, graphic designer, VJ, writer, and university professor. In 2010, he opened DOMMUNE, the first live streaming studio and channel in Japan. In 2010, he personally launched DOMMUNE, Japan’s first live streaming studio and channel, which attracted attention both in Japan and abroad for its record-breaking number of viewers, and was selected as a recommended work for the 2011 Japan Media Arts Festival. In 2016, he opened a 500m wide satellite studio “DOMMUNE LINZ!” in the Train Hall of Ars Electronica in Linz, Austria. in the Train Hall at Ars Electronica (Linz, Austria) in 2016, and the satellite studio “DOMMUNE SETOUCHI” at the Setouchi International Art Festival in 2019. DOMMUNE has participated in numerous international contemporary art exhibitions in London, Dortmund, Stockholm, Paris, Mumbai, Linz, Fukushima, Yamaguchi, Osaka, Kagawa, Kanazawa, Akita, Sapporo… In 2019, he will open a new studio on the 9th floor of the newly renovated Shibuya PARCO. In 2019, the studio will move to the renovated Shibuya PARCO 9F. In 2019, he will move to a new studio on the 9th floor of the renovated Shibuya PARCO, evolving into “SUPER DOMMUNE” and updating for the future with the most avant-garde technology after 5G. In 2021, he will receive the 71st Minister of Education, Culture, Sports, Science and Technology Award. 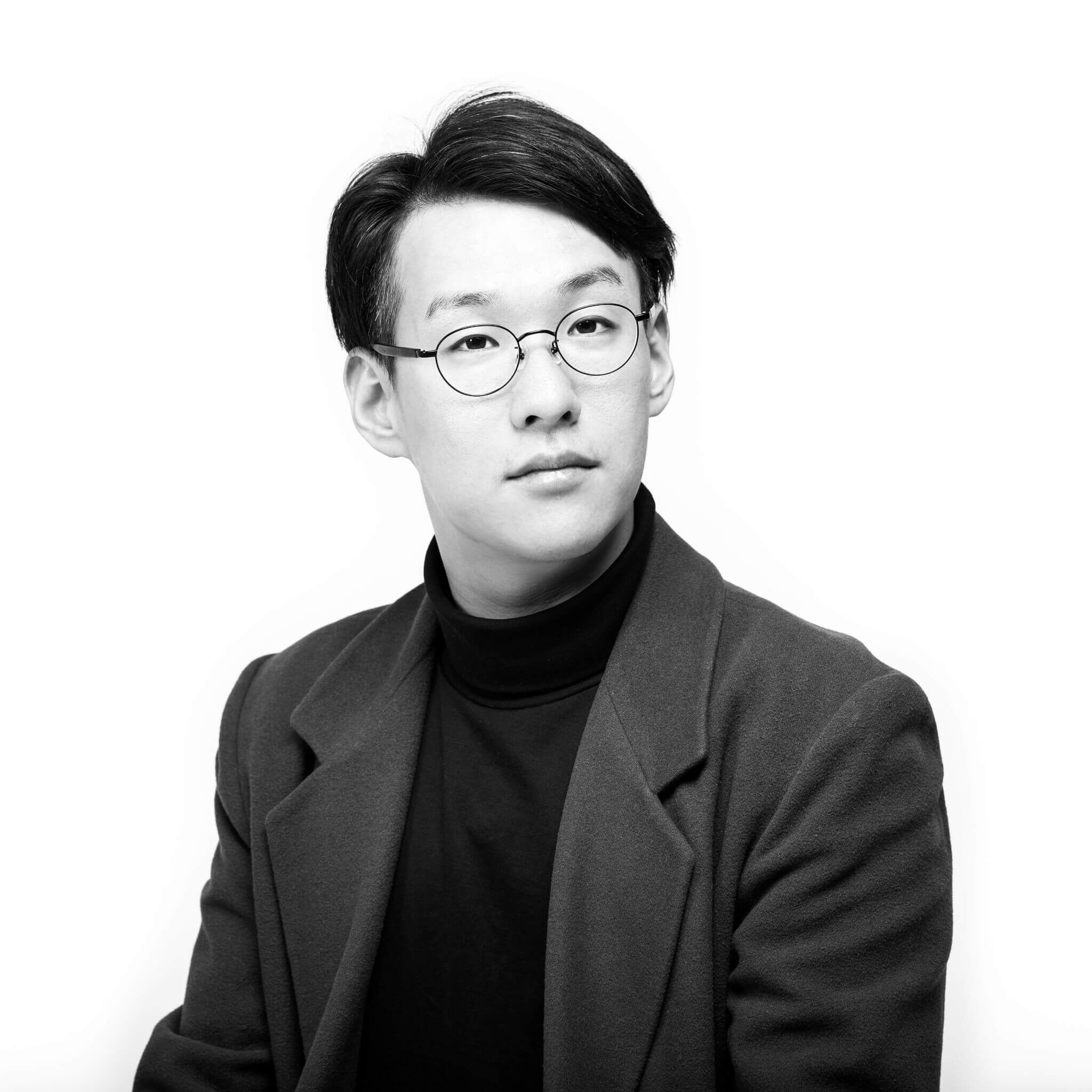 Graduated from Tohoku University of Art & Design with a degree in graphic design, and joined Takram in 2020. He has been involved in various projects as a graphic designer, and has recently expanded his activities to include music videos that make extensive use of 3DCG and the creation of VR art exhibitions. He is also a member of the extreme improvisation group “Attochi”, and his VR work “Displays XR” won both the SILVER PRIZE and SUPER DOMMUNE PRIZE at the NEWVIEW AWARDS 2020. A head-mounted display covers almost the entire field of vision and can display apparently three-dimensional images, so it sensitively removes spatial constraints. In contrast, the images displayed by ordinary displays are flat, and the device itself is often defined by its size and distance. In this work, I took this gap as a foothold, and by daring to use the motif of a display in the VR world, I tried various experimental expressions that took advantage of its symbolic nature. We usually treat displays as if they were windows to another world, and although XR technology allows us to mix reality and unreality in a sensory way, we are still looking through the window of a display. However, as XR technology develops, there may come a day when displays will be considered an old medium, like paper books are today. At that time, however, I believe that displays will be removed from their various restrictions and will take on a new form, as depicted in this work. 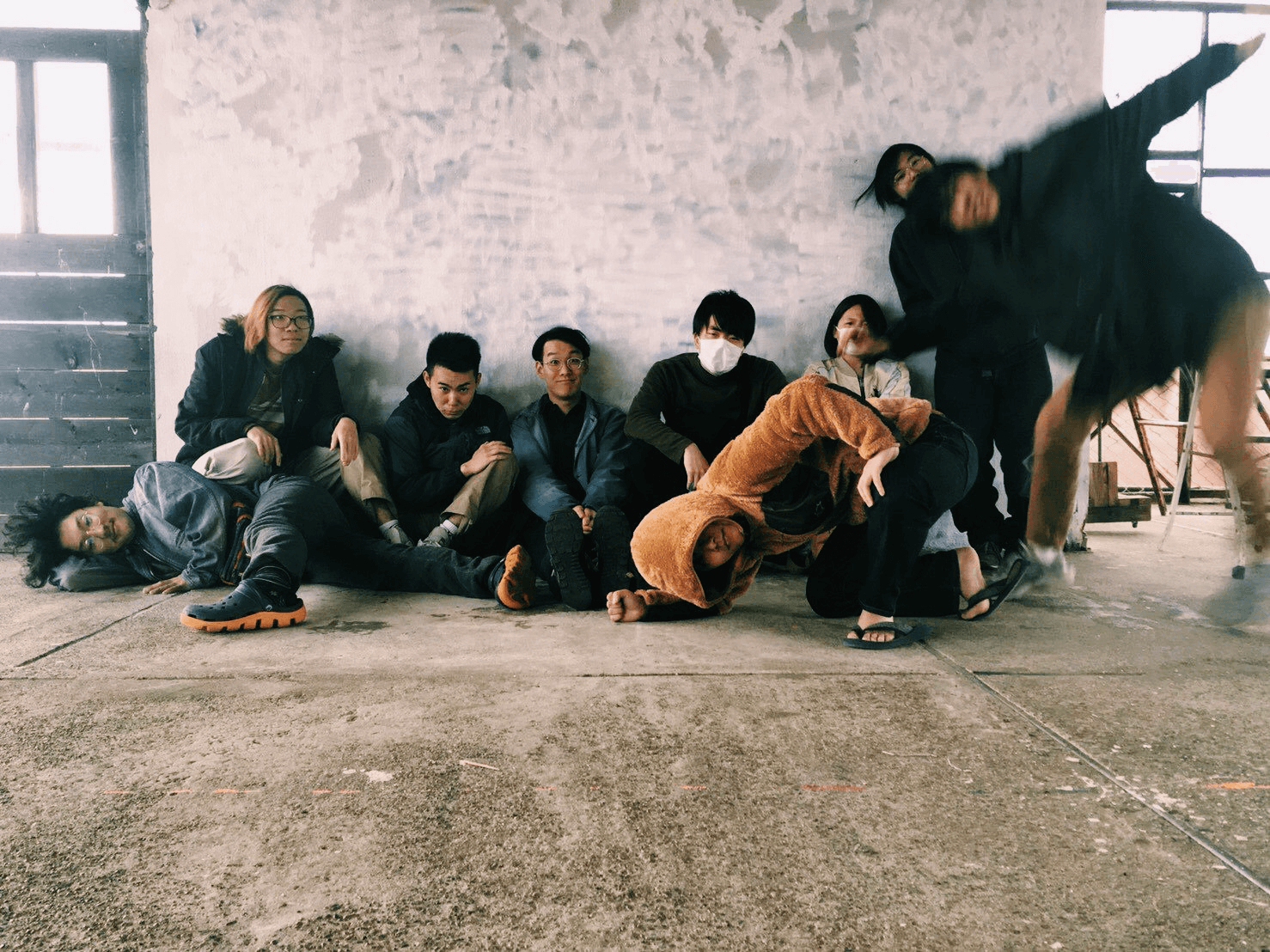 Active since 2012, they call themselves an extreme improvisation group. In addition to their devastating performances based on noise/junk/scum/folk/free jazz/ethnic music, they also publish zines and organize art exhibitions. 6 EPs have been released, and a documentary film about their recent activities, “Gorilla’s Staple Food is Kappa “Gorilla’s staple food is Kappa” is available on Youtube. PICNIC YOU is a Tokyo-based hip-hop unit made up of two people born in 1998. Formed in 2018 by art artist WAYNE-BEAU (Shuzo Tajima) and neuesachlichkeit, members of the hyper-improvised Imo group “Attochi”. Hanzawa produced the music video “REALGOLDSPIRYTUS”, which became a hot topic for its images that go back and forth between the real and the virtual. A genuine songwriter with a legend that he was influenced by Gerogerigege and Beck when he was in elementary school and completed a scum album. His unique poetic world and appearance have earned him the nickname “Scum” (Yosui Inoue), but his live performances with a band are very delicate and captivating. He is also in charge of the guitar at the site.

About NEWVIEW
NEWVIEW was launched in January 2018 as an experimental project/community that pioneers the design of new creative expressions and experiences in 3D space. Together with creators who embody culture in urban spaces such as fashion, music, video, graphics, and illustration, we will set up experiments to design the next generation of culture/lifestyle experiences that cross the border between the real and the imaginary. Through lectures and meetups in Japan and abroad, we are developing the discovery, development and exchange of the next generation of VR creators. web: https://newview.design/

STYLY is a VR/AR/MR creative platform for artists to express themselves.
STYLY is an app used to create conceptual spaces, installations and galleries that visualise imagination freely without any constraints.
With STYLY, xR spaces can be created using only a web browser, and it is compatible with both Windows and Mac, as well as other computer environments.

As a creative platform in the XR (VR: virtual reality, AR: augmented reality, MR: mixed reality) era, Psychic VR Lab has developed “STYLY,” a cloud service that allows users to build XR spaces and distribute VR/AR/MR content using only a browser. With a mission to create a world where all artists can create XR spaces, we are promoting the XRization of interfaces related to art, fashion, and lifestyle.

If you have any questions about launching a new business using STYLY or creating XR contents, please contact us from below.