In a joint collaboration, KDDI Corporation, Shibuya City Tourism Association, and Future Design Shibuya Association have created the “渋谷エンタメテック推進プロジェクト” (“Shibuya Entertainment × Technologies Promotion PROJECT”). MUTEK.JP is a cultural association known for its work in promoting digital music × digital art. They have joined the collaboration and have chosen busy Shibuya for its setting. The project has opened the door to a new migratory XR exhibition “INVISIBLE ART IN PUBLIC Vol. 2 ‘Synthetic Landscapes’”. It will be open to the public for five days, from December 11 (Wed.) to December 15 (Sun.). As the provider of the VR/AR/MR Creative Platform “STYLY (https://styly.cc),” Psychic VR Lab (Headquarter locates at Shinjuku, Tokyo. Representative Director: Masahiro Yamaguchi) has been chosen by the project as the main platform provider.

“INVISIBLE ART IN PUBLIC” is an XR art exhibition focused on having users experience “the ‘invisible’ value.” Organized by MUTEK.JP as a festival to celebrate and promote digital music × digital art, “INVISIBLE ART IN PUBLIC Vol. 2 ‘Synthetic Landscapes’,” will be open to the public for five days from December 11 (Wed.) to December 15 (Sun.). The exhibition will give users the opportunity to experience these hidden values exhibited at 8 different locations in 5 areas including the SHIBUYA STREAM Bldg., SHIBUYA River Street (including the area of Inari Bridge Square and Konno Bridge Square), Shibuya Scramble Crossing, LINECUBE, and SHIBUYA SCRAMBLE SQUARE Bldg.

During this period, special guided tours for general audiences will also be available. The tours, guided by members of the committee, will offer audiences a clearer and more detailed look at each artwork exhibited here.

For 5 days, from December 11 (Wed.) to December 15 (Sun.), travelers coming to Shibuya will have the chance to experience the special XR art exhibition organized by MUTEK.JP at 8 different locations spanning across 5 areas including the SHIBUYA STREAM Bldg., SHIBUYA River Street (including the area of Inari Bridge Square and Konno Bridge Square), Shibuya Scramble Crossing, LINECUBE, and SHIBUYA SCRAMBLE SQUARE Bldg. During this event, special guided tours will also be available.

How to Experience: Users will need to download the STYLY APP* onto the device of their choice to experience the exhibited artworks. At each spot, users can scan the “STYLY Mark” (QR Code) with the application. Once loaded, the exhibited artworks will appear throughout the space and will be displayed on the users’ chosen devices.

Users wanting to participate in the guided tours can apply on the second floor of the SHIBUYA STREAM Bldg., CITYSHOP PIZZA. Please note that the tours are assigned on a first-come-first-serve basis.

※Reception for the guided tours will close once we hit our maximum tour limits. 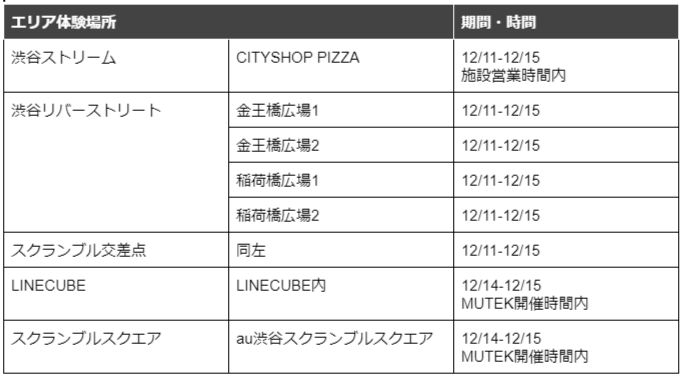 An interactive digital artwork born from the solo project Intercity-Express, a project established by the digital artist unit superSymmetry and Tetsuji Ono.

au in collaboration with superSymmetry by omnibus japan & MUTEK.JP <http://MUTEK.JP> 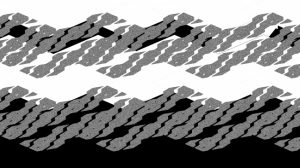 With a combination of a universal structure, acid techno music, motion graphics, and a concept featuring layered audio tracks, “delicious track” is introduction track, welcoming users to the world of Synthetic Landscapes. 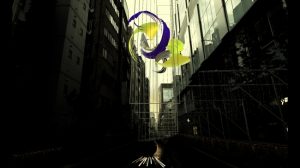 “ether river” invites users into a world where floating objects come together to form a river, harmonizing with the intelligent ambient track running in the background. 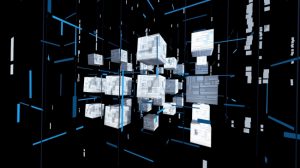 44.26mm sound elements come and fuse together to create an abstract and electronica soundtrack in synchro with various CG objects float along the river running underground as if to depict water vapor. 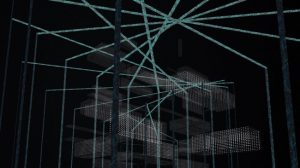 Combining vigor and a melancholy feeling, the electric “main floor” is the perfect background for the spatial VJ image depicted by the abstract objects appearing on a dance floor. 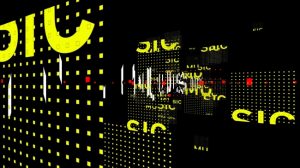 Similar to a constructivism design, combining the structural aesthetics and time partitions, “techno split” depicts the very techno-pop facet of music, a homage to the audio-visual track × techno genre. 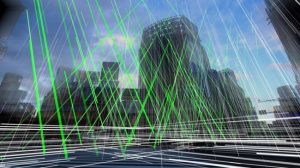 Harmonizing with the irregular sequences of electro tracks, “line rain” is an artwork designed with an infinite number of lines falling from the sky over the Shibuya Scramble Crossing, bouncing off pedestrians as if they were raindrops.

From creative installations, dome videos, audio-visual live sessions to public art projects established in the Ikebukuro and Shinjuku areas, it can be said that there are no art projects which the creative unit “superSymmetry” haven’t worked on. The unit is where creators from various genres cross paths and create the fluctuations which captivate the attention of audiences from all over the country. The unit’s premier artwork, MUTEK.JP “Noesis”, soon caught the attention of many audiences from Montreal, Mexico, Belgium, and Saudi Arabia. In addition, “Noesis” was also chosen by the committee as one of the main artworks to be featured at Japan Media Arts Festival.

Intercity-Express is the solo sound/visual project established by the musician Tetsuji Ono. Combining various visual programming techniques to create catchy audio/visual artworks, the project soon caught the attention of various digital art festivals held both in Japan and overseas. The project also made its entrance to MUTEK.JP’s featured stage in 2016, 2017, 2018, and 2019.

“Shibuya Entertainment × Technologies Promotion PROJECT” — established by KDDI Corporation, Shibuya City Tourism Association, and Future Design Shibuya Association — is a project where technologies designed for entertainment are utilized in an attempt to create a new, unique, and interesting image for Shibuya. With its focus on art and music, the two main fields of the entertainment industry, the project attempts to create a new culture that can also be used to help promote urban development.

First held in Montreal, Canada in 2000, MUTEK is an art festival organized by non-profit organizations with an aim to promote creativity in sound, music, and audio-visual art.

The year 2019 marks the 20th anniversary of the festival. For six days from August 20 to August 25, the festival’s organizing committee invited 150 artists and units from over 25 different countries and regions to perform in its 20th anniversary festival. As an international conference whose focus is on digital creativity, with over 100 different content and audio-visual live sessions, MUTEK has successfully gathered over 20,000 attendees under one intense roof. The MUTEK festival was also held in 7 major cities around the world including Mexico City, Barcelona, Bueno Aires, Dubai, San Francisco, and Tokyo. The festival is where creators, regardless of whether they are famous or not, gather to display the future of digital art technologies.

From Spring 2020, users will be able to utilize “STYLY Studio” — A production platform created especially for developing VR content — to produce and publish AR content.

By importing their favorite creative content to STYLY Studio, users can easily create and publish AR content for mobile devices from their favorite internet browser without the need for a VR-ready PC or special programming skills.