Modifier tool is very useful when working with Blender.
It doesn’t directly change the shape of the object, so you can redo and tweak it many times without destroying it until you apply the settings.
Combine a number of functions and change the order of processing to create the ideal object. 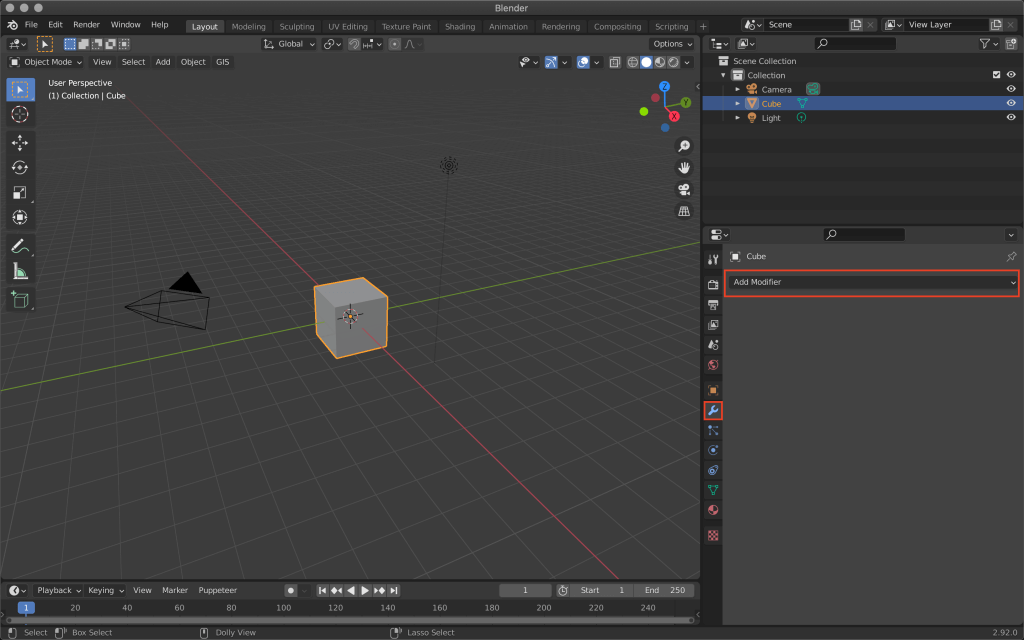 Select from the menu on the right of the screen 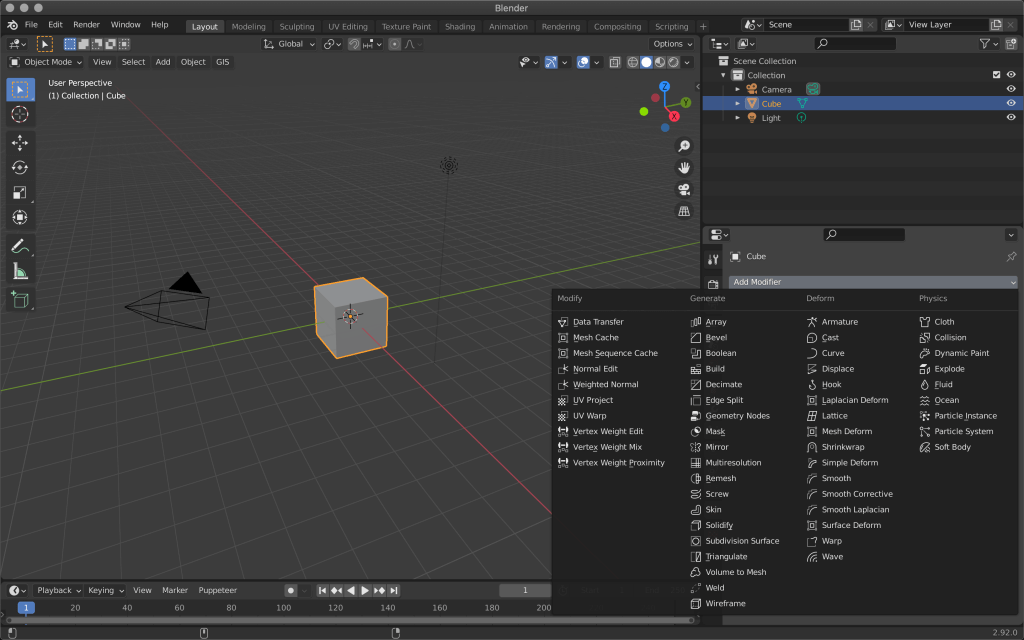 There are four main categories of modifiers, each with more detailed functions.
The modifiers introduced here are those of version 2.92.0.

This function can be used to modify an object, such as projecting UVs onto another object or changing its shape.

Generate is used to twist, increase the number of objects, or change the shape of objects.

Deform an object by smoothing its surface or following its shape to another object.

This function controls the physical movement of real-world objects that require the calculation of gravity and time, such as cloth flapping in the wind or water poured into a glass.

When exporting objects that use modifier functions in animation to external services or software such as STYLY, you will need to follow some steps and the data size will be large.
Also, some functions can only be used in Blender, so you need to be careful.

In this article, I will introduce three functions from the Generate modifier that I often use in Blender.

This is used to place multiple identical objects at equal intervals. 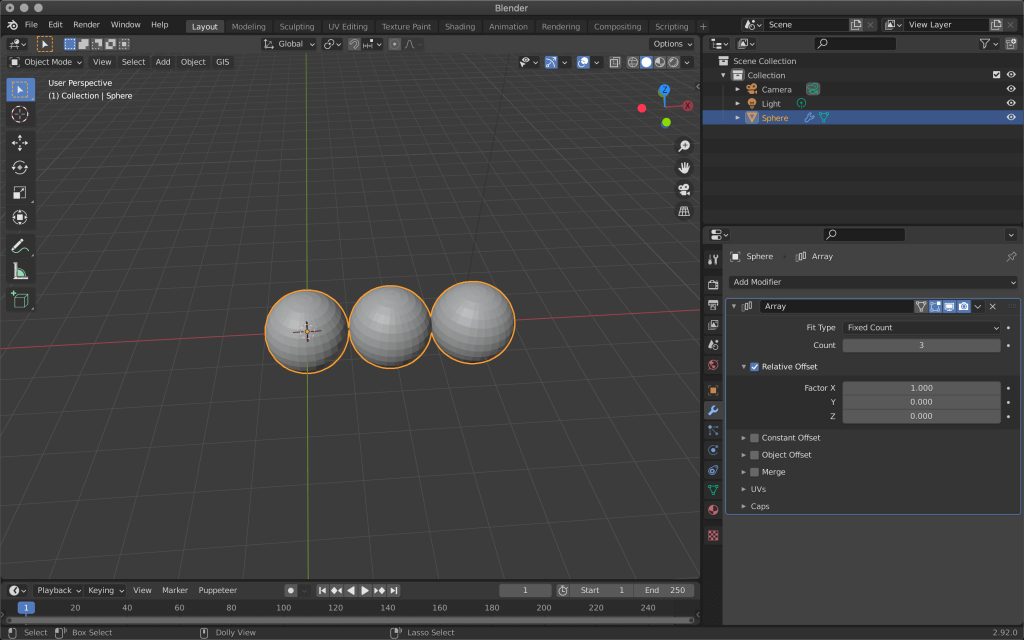 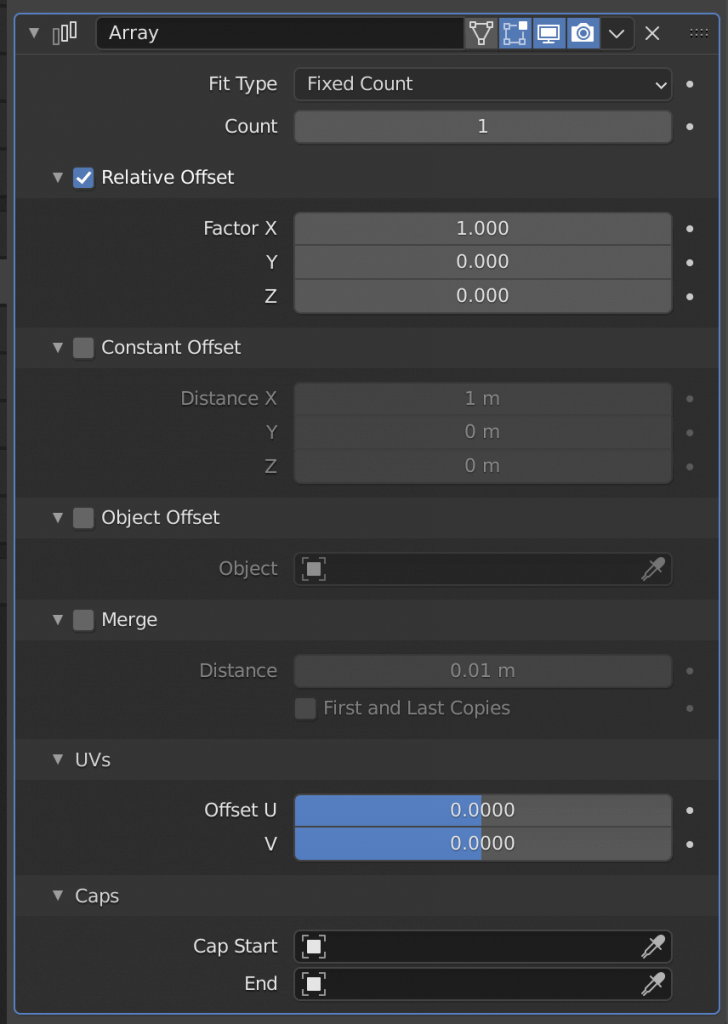 Relative Offset and Constant Offset allow you to specify the X, Y, and Z of each axis direction simultaneously. 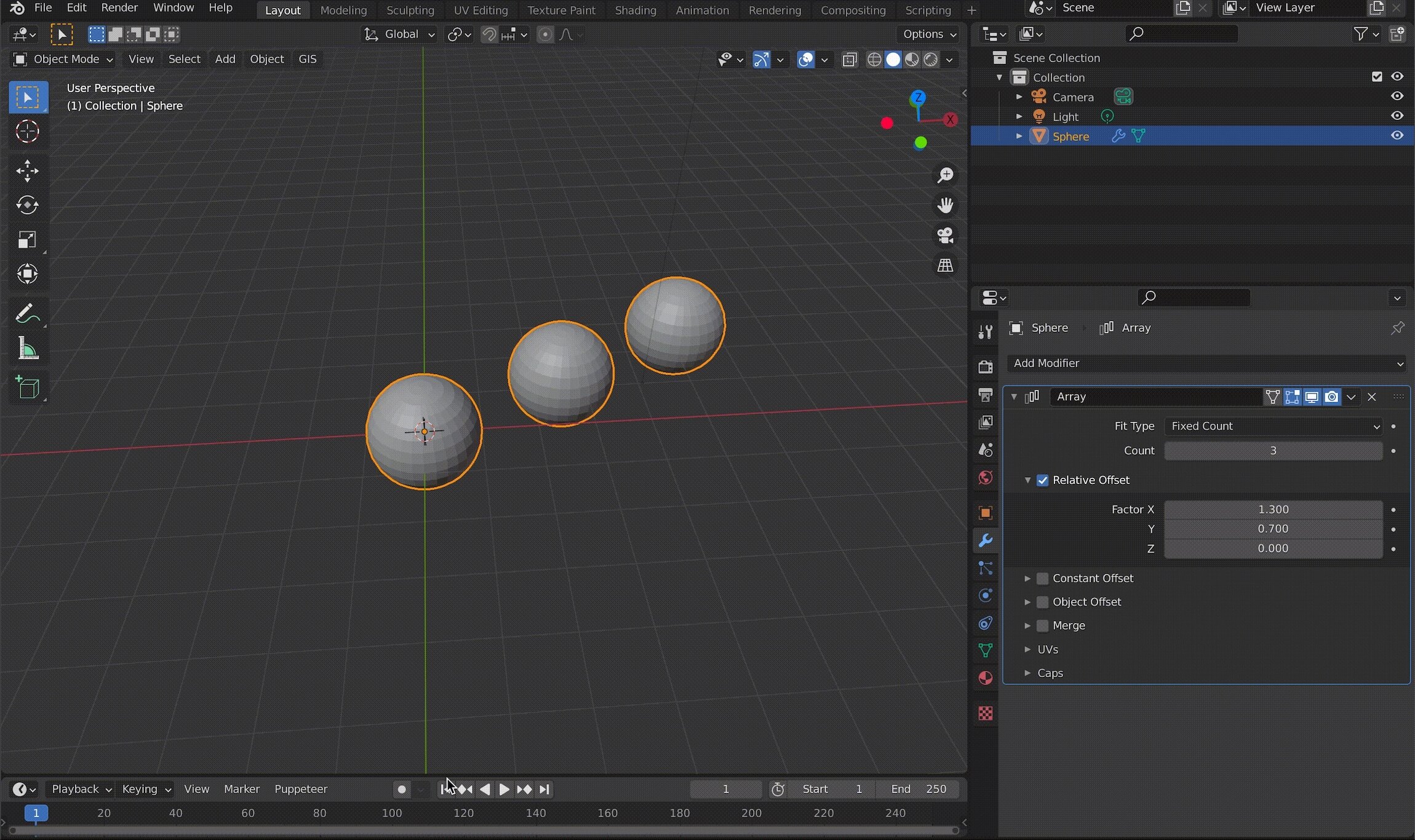 Example of using an Array in a diagonal direction

With Object Offset, you can change the angle or size of the specified object, and the changes will be reflected in the object using the Array.
For example, if you specify a cube that is rotated 45 degrees on the Z axis, the connected spheres will also be rotated 45 degrees. 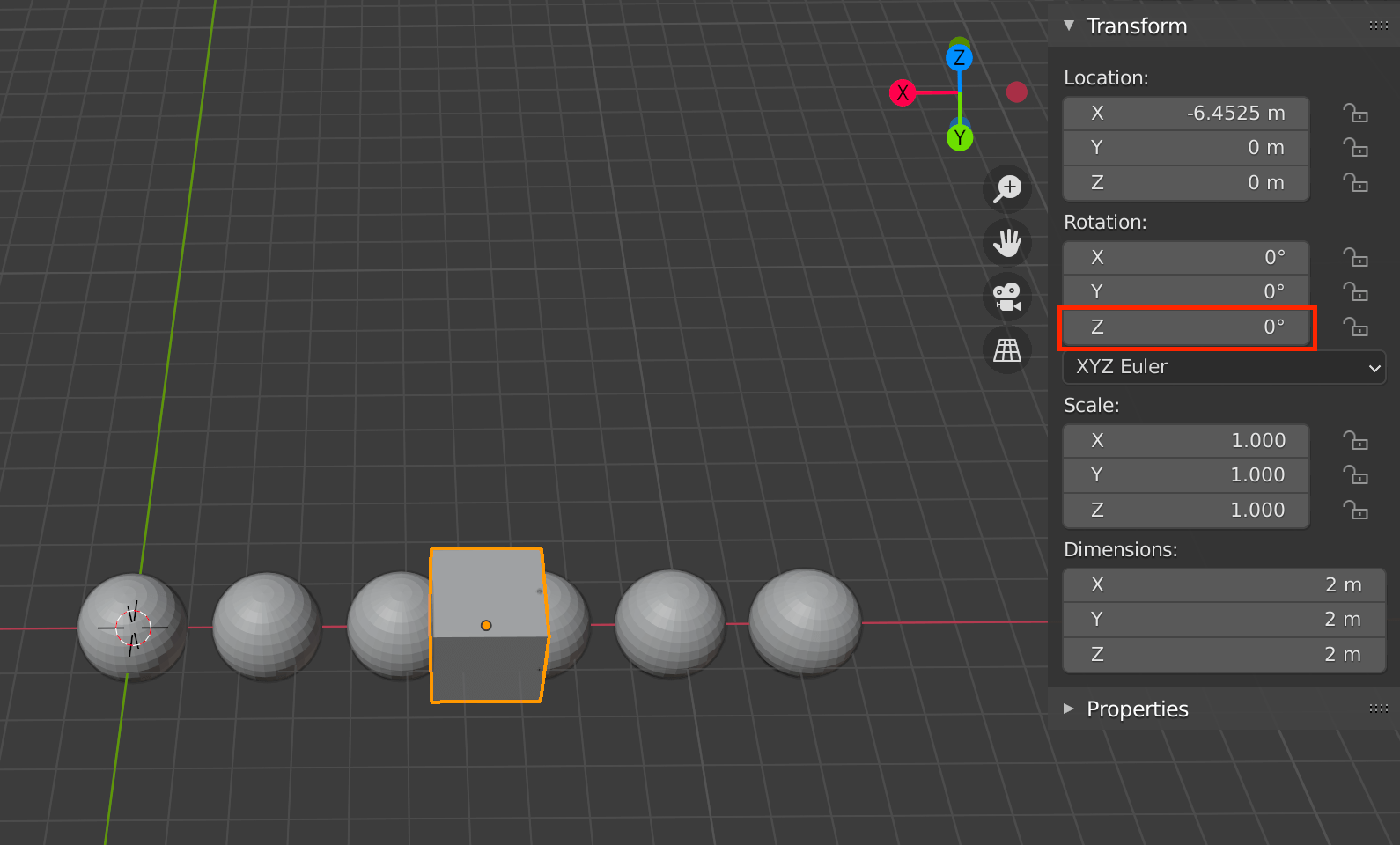 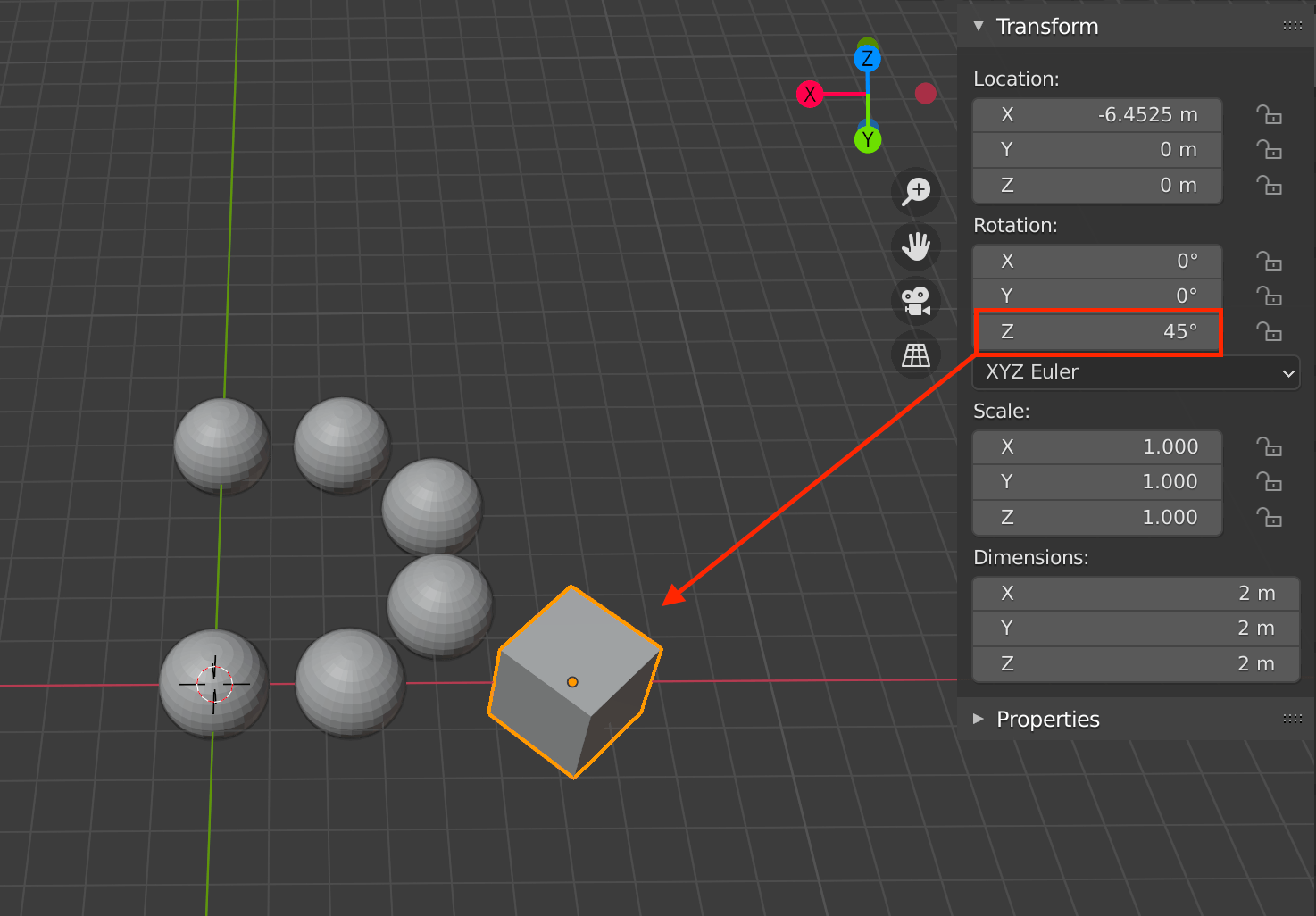 Assigned cube angle is 45 degrees on the Z axis

Generate Bevel is a function that smoothes out the angular edges of an object, also called “beveling.
Also known as “beveling,” it is often used in mechanical and product modeling. 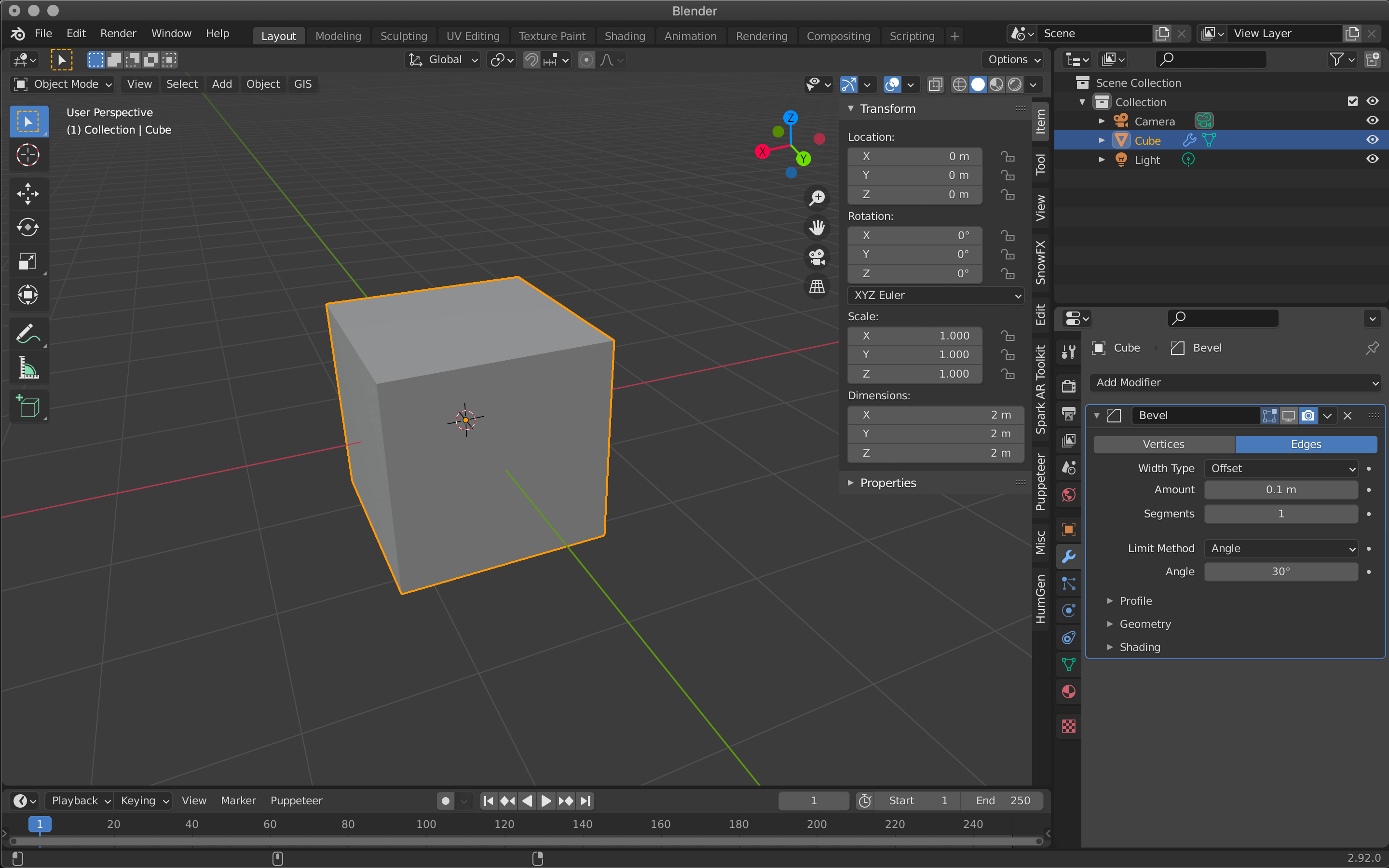 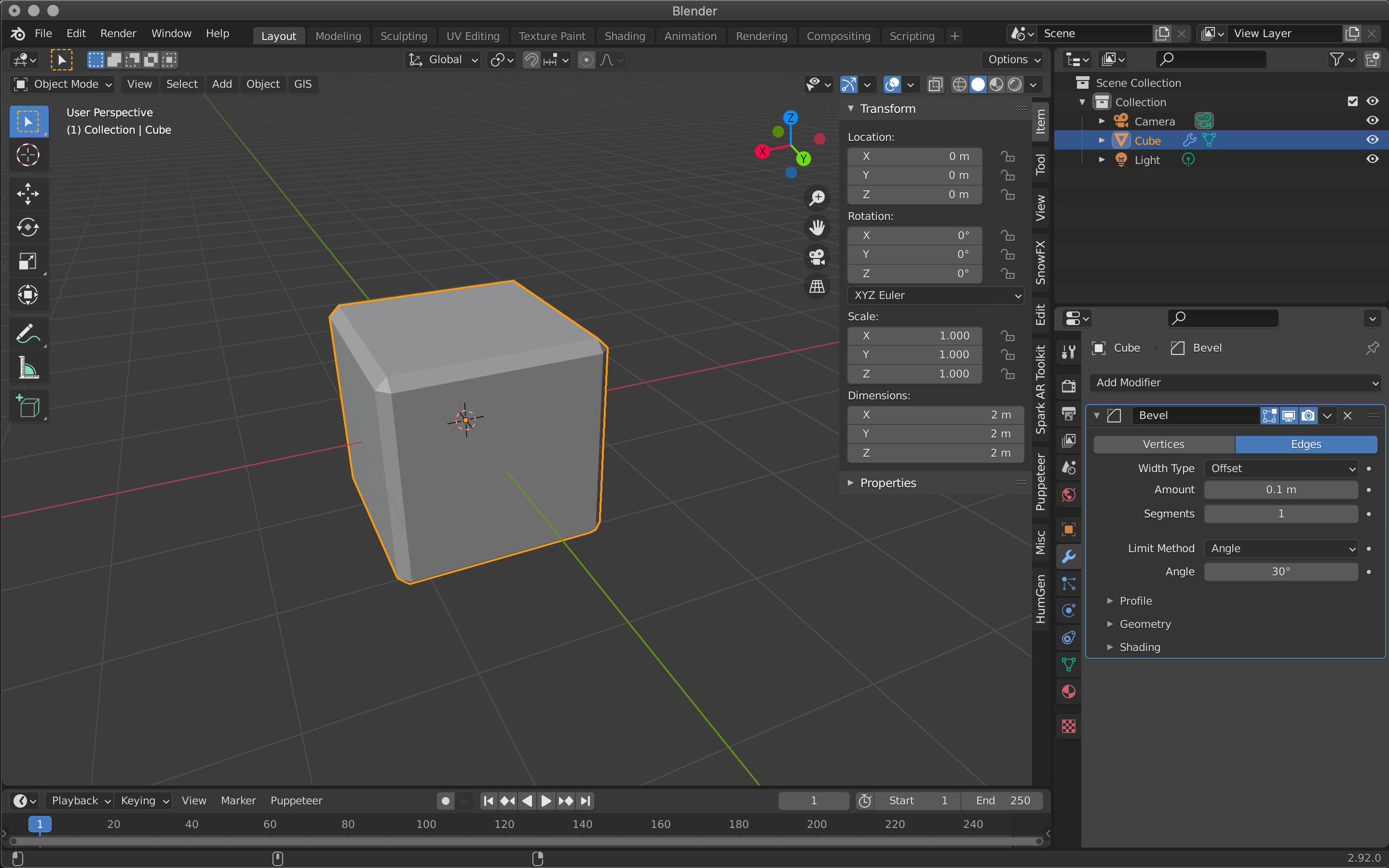 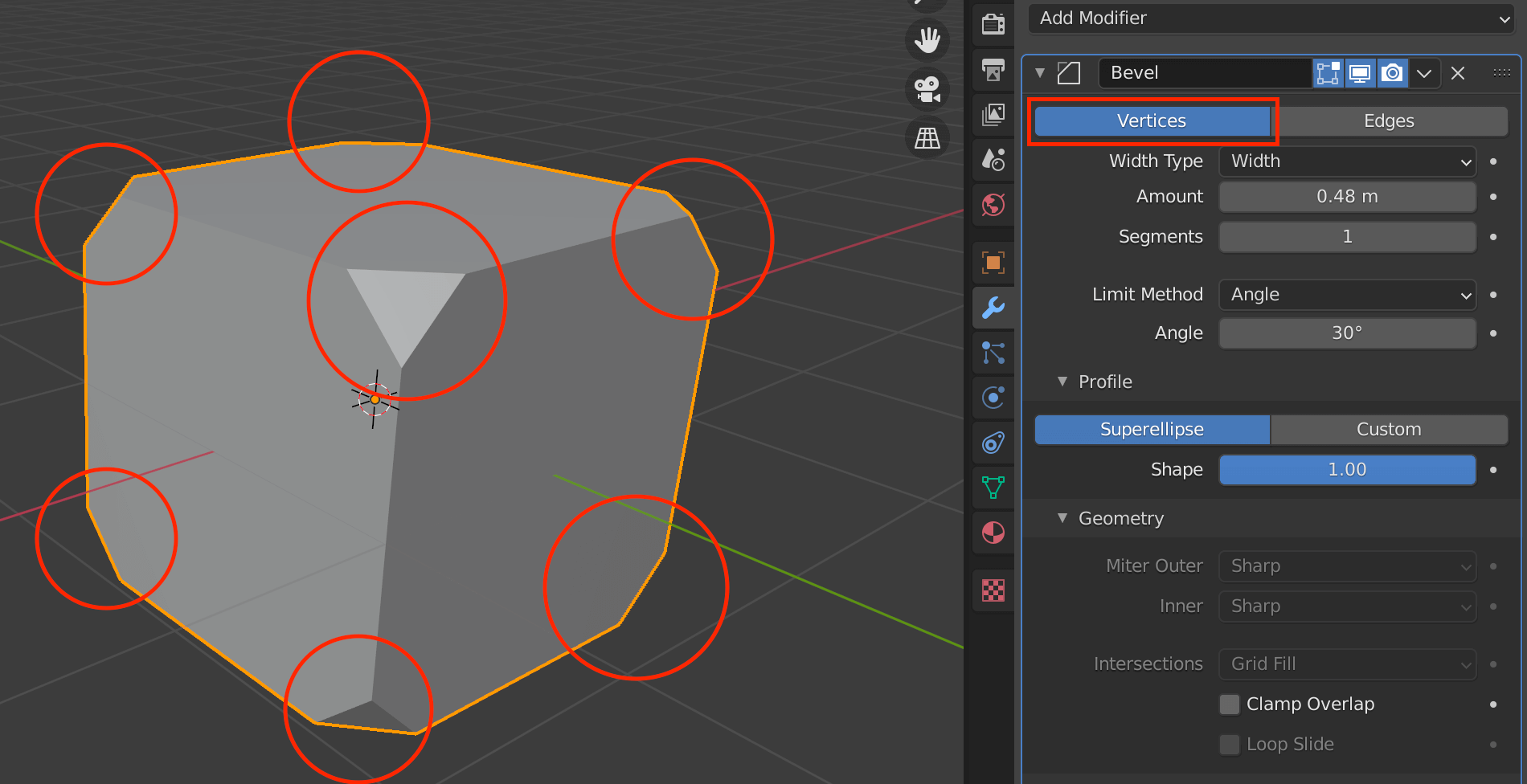 Vertices are reflected only on vertices.

Bevel is mainly set by Amount and Segments.
The larger the value of Amount, the wider the bevel will be applied, and Segments sets how finely the width will be divided. The Profile shape allows you to set the degree of unevenness of the bevel.
Select Superellipse to set a value between 0.0 and 1.0, and Custom to set a more detailed value. When multiple vertices are overlapping, the bevel cannot be used.
In such a case, select all vertices with A, and then select M→By Distance.
The overlapping of the vertices will be removed. 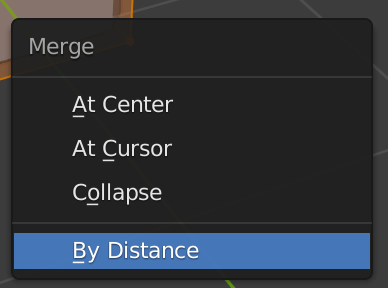 This function allows you to hollow out or merge two overlapping objects. Intersect will subtract Suzanne except where she overlaps the cube. Union combines the two objects into one where they meet. Only the inside of the Suzanne appears to be hollowed out. Looking at the cube from the inside, it is joined to Suzanne

Difference hollows out the shape of the cube. In the next article, I will introduce Build/Decimate/Edge Split from Generate.