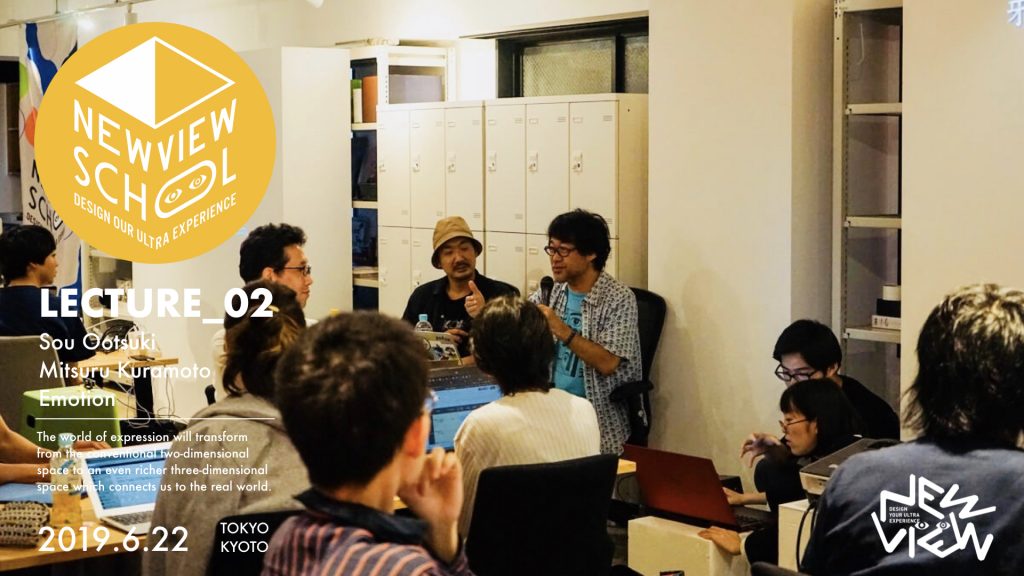 The second basic course of NEWVIEW SCHOOL is about ‘Emotion’.

The instructors are KURAMOTO Mizuru, a TV writer that has handled popular TV programs such as『シャキーン！』『ダウンタウンDX』『M-1グランプリ』, and OTSUKI Sou, a filmmaker that is continuously creating artistic videos full of originality.

We often express messages and our feelings through creative activities. In this course, we focus on ‘emotion’, which is a strong motivation to us. The 2 instructors gave their opinions about how emotional expressions can be used to move the audience’s feelings, and talked about their personal experiences of how they choose a concept, plan, and output their works.

OTSUKI-san gave us details of how he created 3 of his past ‘emotional’ works, using many different techniques for various medias such as movies, web content, games, etc…

One important point is to add up method and skill, then multiply it with originality, to create a new and incredible work, which the viewer can’t stop themself from saying ‘What on earth is this!?’. What makes him create such creations? He told us that it often starts with feeling dissatisfaction or discomfort towards some method or technology.

For example, his VR work named ‘paralledice’ was created from his dissatisfaction towards existing VR works, he says.

The reason for his dissatisfaction was that most existing VR works just focused on using horizontal space, resulting in a small space work. He also felt that creators were not using the full potential of VR, where placing and creating objects are easier than in the real world.

OTSUKI-san created ‘paralledice’ as a counter for such works. He created a huge vertical space, and placed as many objects as he could. He used his techniques to create a world using the full potential of VR where viewers actively interact with the world, and tried to stimulate and control the curiosity, astonishment, and motivation of the them.

MV of 『闘う戦士（もの）たちへ愛を込めて』 from Southern All Stars

The source of my ideas is my emotions, and the goal is the viewers emotions.

When you are creating a work with eccentric state effects and tricks, you have to keep in mind what the viewer would feel, says OTSUKI-san. Do not conclude anything within yourself, and think about common understandings between you and the viewer. What’s important is what and how you communicate with the viewer.

The source of the idea lies within yourself, your emotions, and the goal is with the viewer’s emotion. He told us that is what he believes what makes a truly emotional artwork.

How much can a person joke 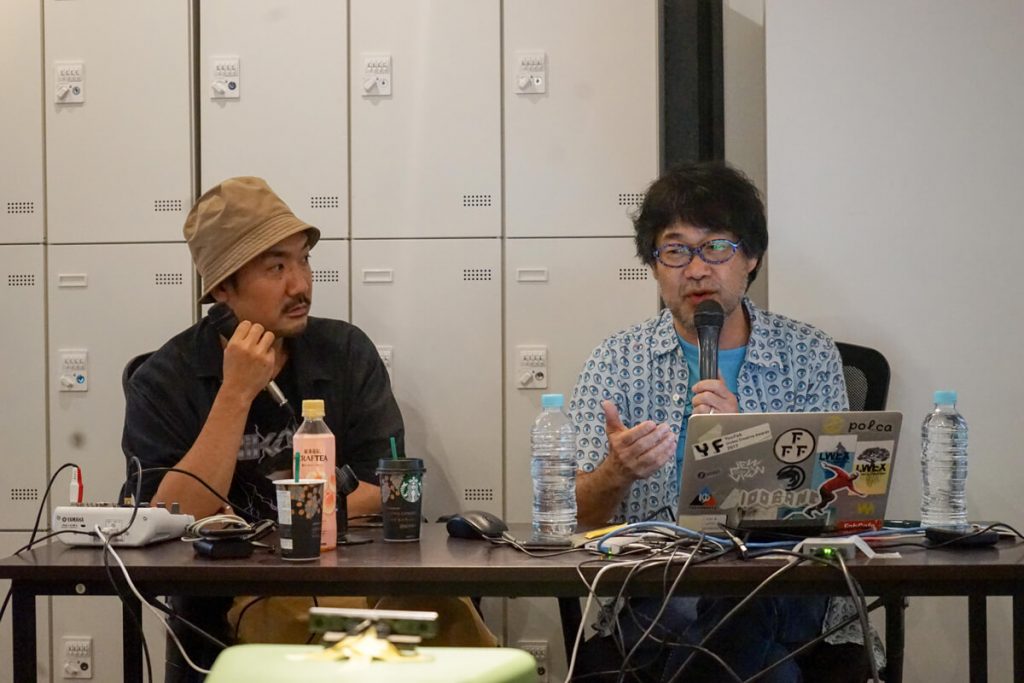 In the second part of the course, the instructor changed to KURAMOTO-san, and gave us a talk about her personal philosophy as a TV writer, and the emotional concepts of her past TV programs.

I will introduce one of her featured works.

This is a segment of a TV program she made with Bakarhythm-san called「バカリズムのテンポよく間違えよう」(Let’s keep on mistaking and keep the tempo, by Bakarhythm). The rules are as said in the title, the answerer needs to mistake each question on purpose, but is not allowed to break the tempo.

The game that is somewhat close to Oogiri was very amusing, and the audience were full of laughter throughout the program. 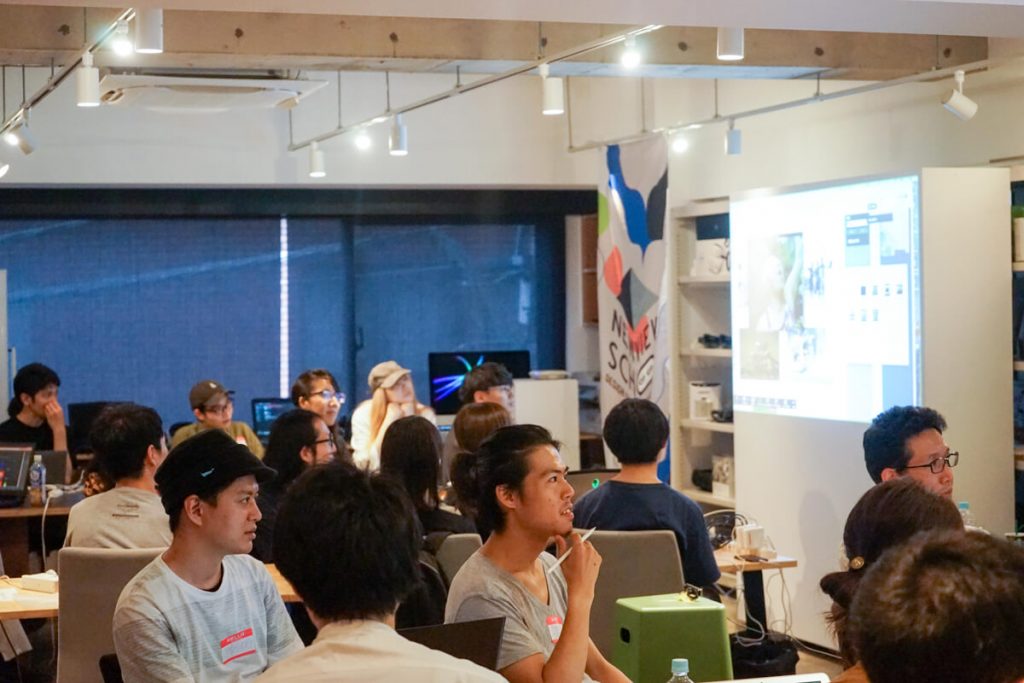 ’How much can a person joke’. Try to come up with an idea opposite to that of the norm, which will result in your originality. She told us that ‘there has to be nothing like this’, is a very important concept to create new works.

KURAMOTO-san’s past works were all very unique and extremely funny, and the students enjoyed the lecture as entertainment, while realizing how they can come up with new and original ideas.

Hints for ideas lie where you are not looking 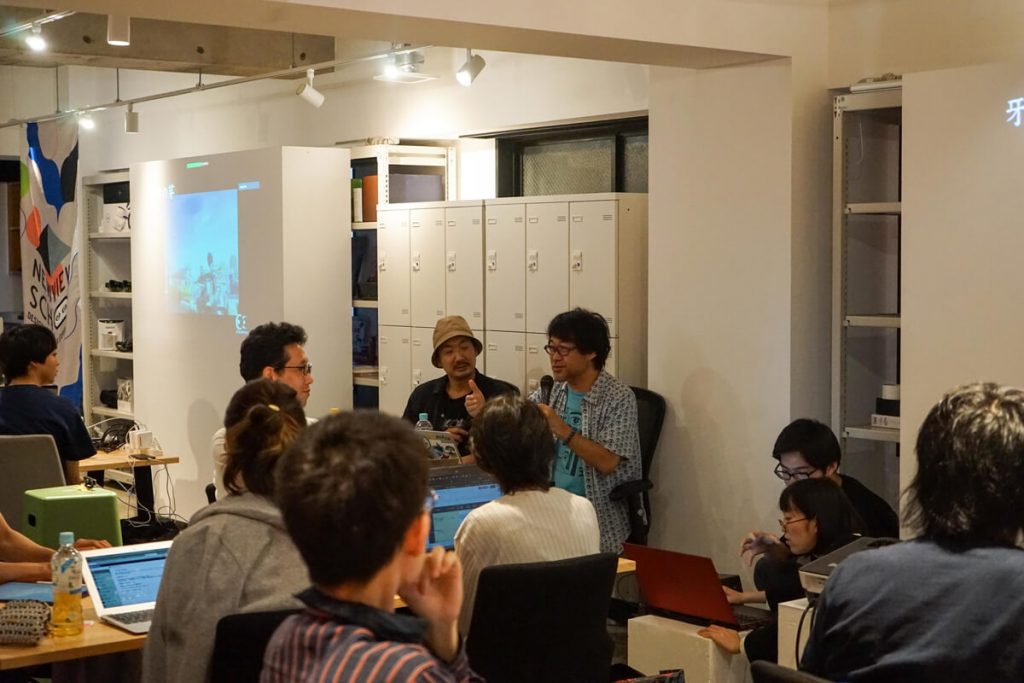 ’Everything in the world can become a hint’, and ‘You may get tips from what you often overlook’ says KURAMOTO-san. She gave us other specific examples, and showed us how coincidence and unexpected things may give us hints for a tremendous idea. 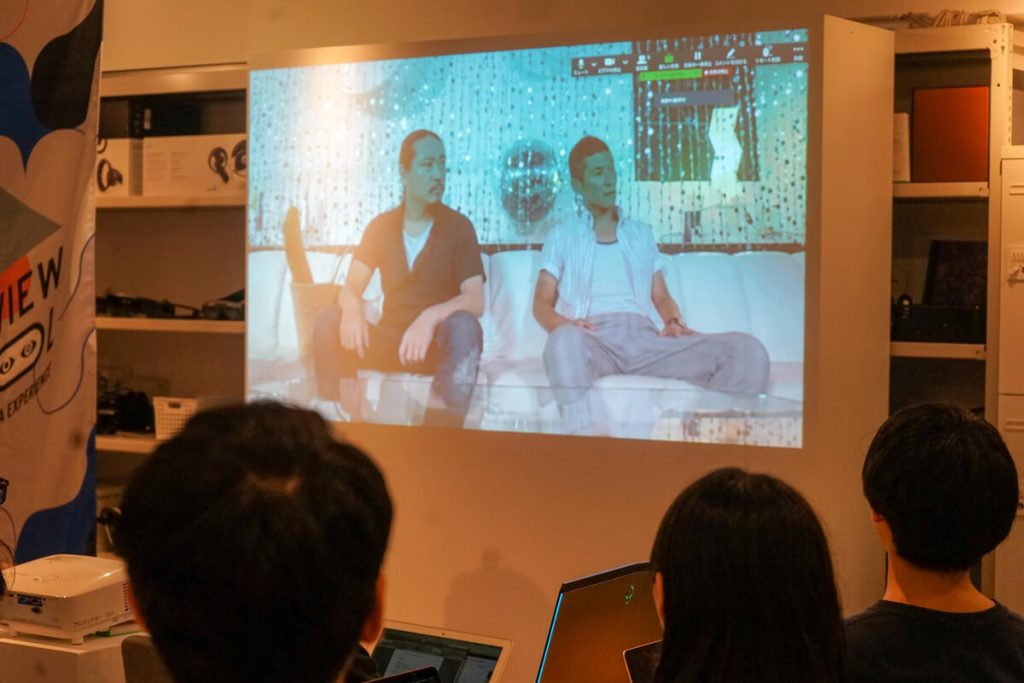 I felt that the students were able to learn the importance of challenging what they think of as common knowledge, how they should always seek if there is nothing strange with it, and how they can gain hints to create emotional works.

In NEWVIEW SCHOOL’s basic courses, students can learn not only skills and techniques, but also a director’s point of view and the nature of creativity.

The technical course was about ‘The basic operations of STYLY’ 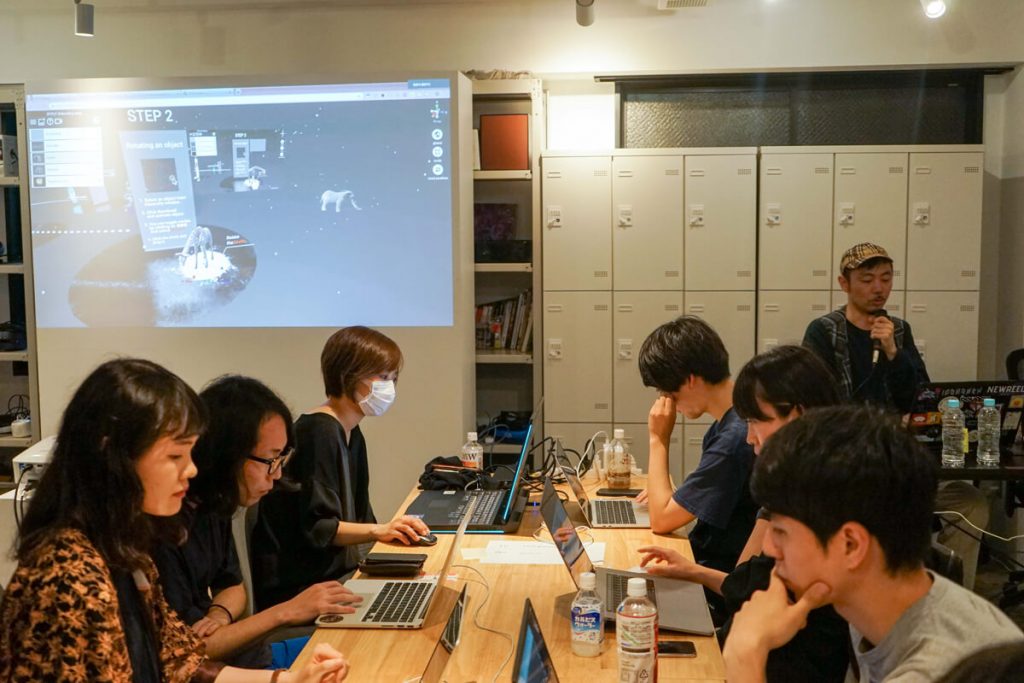 The technical course was based on ‘The basic operations of STYLY’. Students learned about the VR artwork platform ‘STYLY’ which will be used as their base for VR creativity, through a simple tutorial.

STYLY can be used to upload not only 3D objects, but YouTube videos, images, music data, and other data such as PDF to a virtual space, and combine them to create a VR artwork. It is easy and simple to use, so even beginners can create their original VR world.

This means, that their originality and creativity are directly measured from their works. Students at NEWVIEW SCHOOL attend lectures from top professionals, and work hard to create their very own artwork worlds. 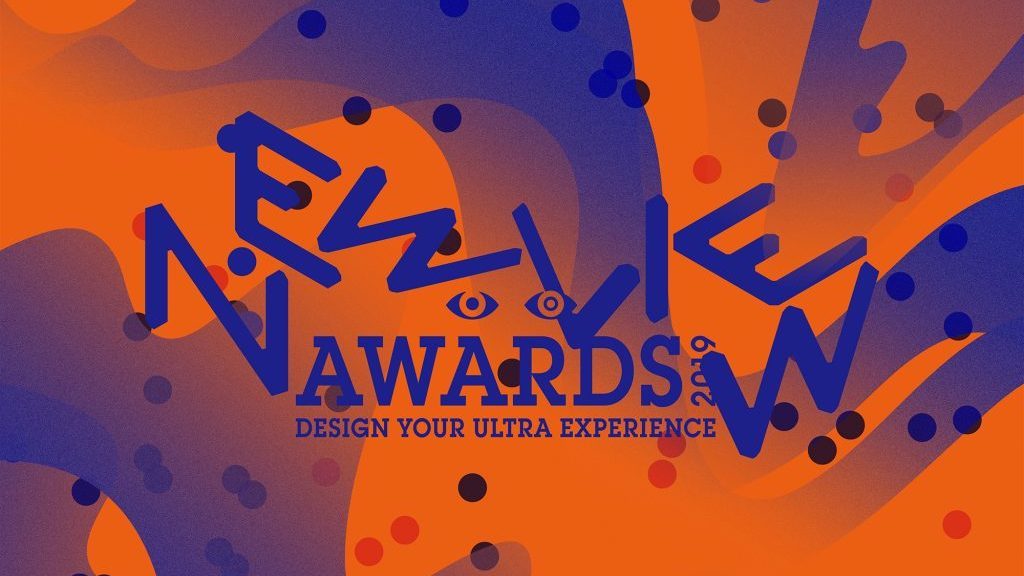 NEWVIEW is an experimental project/community seeking the possibility of creative worlds and expressions in the 3D world.