STYLY Hackathon is an event where members of Psychic VR Lab, the developer of STYLY, create contents according to a theme within a certain timeframe.

The overall theme of this year’s Hackathon was “Content That Generates Buzz.” Participants were divided into five teams. Each team had to work hard to create content that would generate a big response and output their ideas in just two days.

This first article summarizes the production process and tips from Team A “Monolith.” Note how they finally overcame the difficulty of manipulating a cat, which can be challenging to animate, with the general idea of “putting it on a Roomba.” 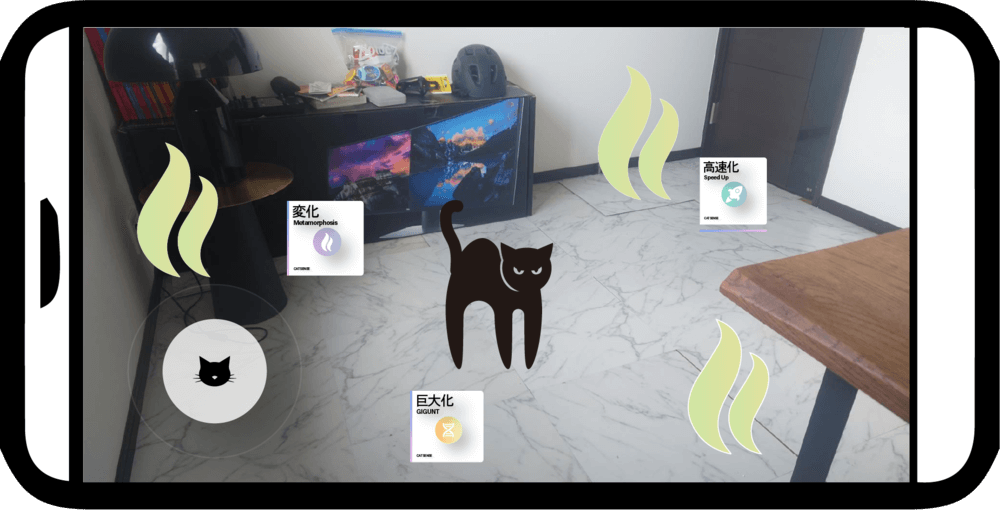 In this Hackathon, the team started with the concept of “controlling a character on AR and, when the character touches an item, the character gains a skill” in order to visualize the new Modifier feature. Modifier enables color change, contact detection, and various other expressions with a single click and without programming. The name of the task is “Skill Hunter,” a name that will make any HUNTER x HUNTER reader grin.

The cat on the Roomba (Skill Hunter) gains skills when it touches spherical skill items.

The following four types of skills can be acquired:

Here is the actual task completed in just two days of production.

Introduction of Modifier Created for the Hackathon

Features of Modifier include the following:

Using these features, we were able to promote efficient team development. 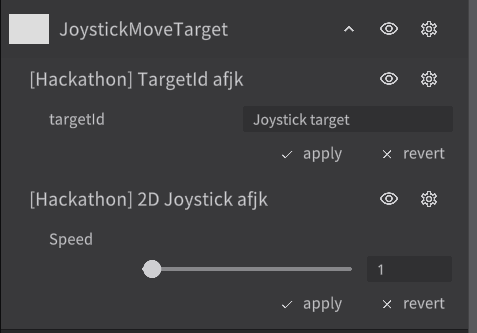 Since implementing Modifier is complex, here are a few key points.

The rough flow of the process is as follows:

The logic of Modifier is built using PlayMaker; therefore, in this article, we focus on the FSM of PlayMaker in each part of the implementation process.

This is the FSM of the mounting section:

Here is a description of each aspect:

Here is a description of the target movement process:

Transform Direction is used for the coordinate system transformation. 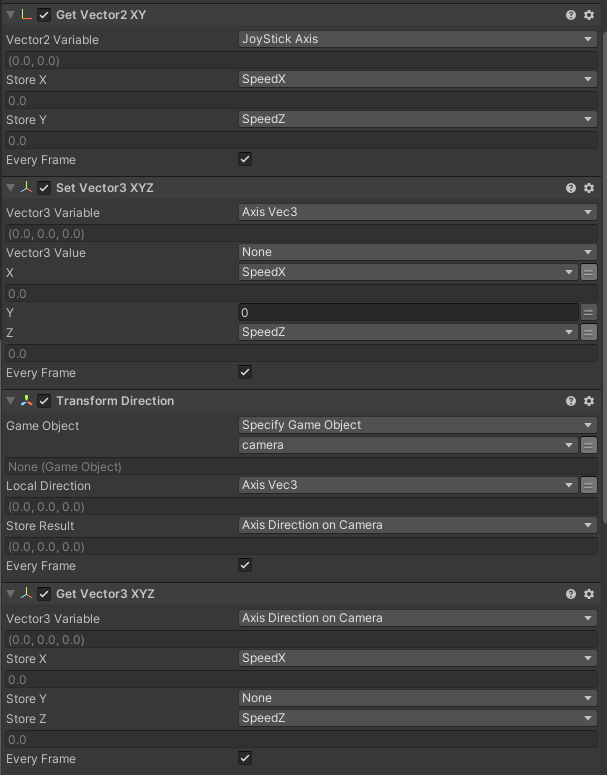 The Target ID Modifier is set to the asset that will be the target of the move.

By assigning an arbitrary ID, it is possible to detect the asset from other assets.

This is the FSM of the implementation process:

The Game Object with the ID name specified in Set Name is tracked to the Target of the Modifier.

The party detecting the Target obtains the position of the Game Object with this ID name through the Find process.

First, the Find process is performed using the Target ID.

Next, perform follow-up processing on any target that has been found. 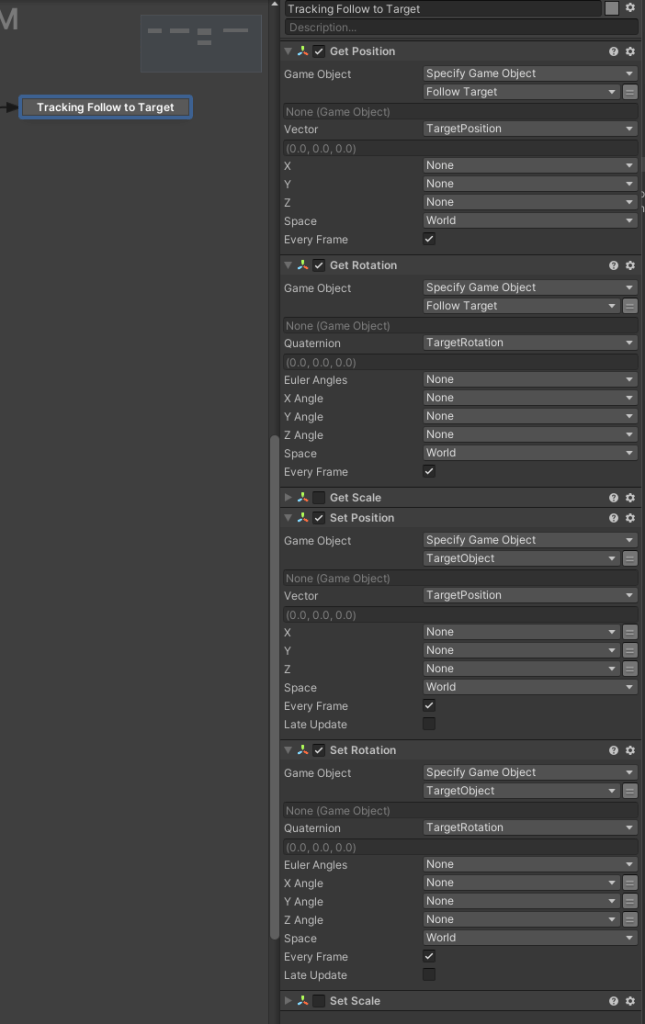 Implementation of Skill Near Sensor Modifier

This is the actual distance in the determination process: 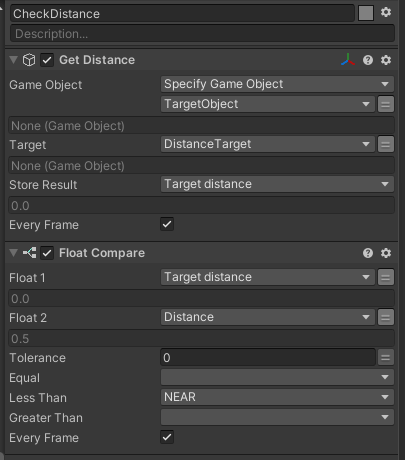 The next step is the event issuing process. 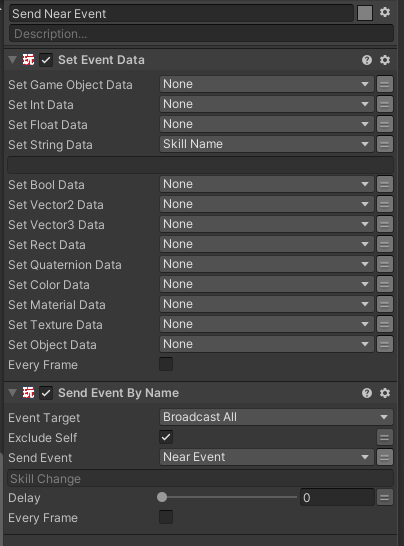 Here is the detection process when moving away from a certain distance: 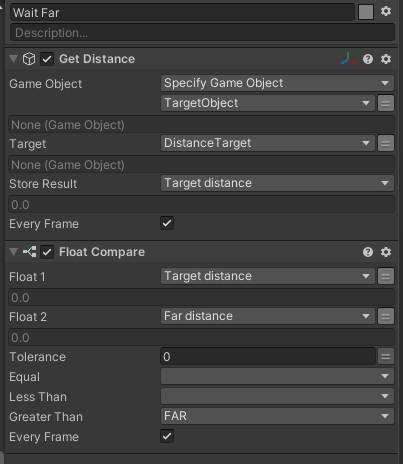 The Skill Change event is received and, if the Skill Name matches, it is displayed; if not, it is hidden. This will cause the cat to acquire the skill (change its appearance) for this task. 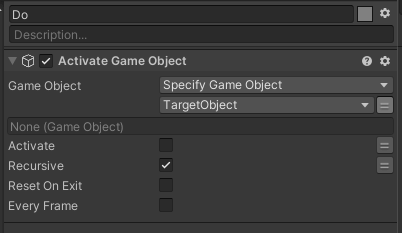 Skill Name acquisition processing is performed when the Skill Change event is received.

Next, the obtained Skill Name is matched. 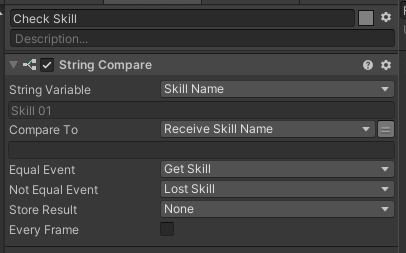 We have combined the modifiers introduced so far to build a system of Skill Hunters in STYLY Studio.

As you have probably figured out by now, the implementation of Modifier is very complicated; however, once implemented, “creating variations by inputting parameters” can be accomplished in STYLY Studio.

For example, consider the Joystick Modifier:

Not only “can an object combine a cat and a Roomba,” as in this case, but also various objects can be controlled with a Joystick in STYLY Studio. In fact, we initially created the cat as an asset that could be controlled directly with the Joystick; however, this meant that each time we added a new variation of the cat, we would have to upload the whole thing each time.

Therefore, we separated the Joystick as a modifier, so that the target asset could be changed later in STYLY Studio. By using the Joystick to control the target that the cat follows, instead of directly controlling the cat, we were able to update the Joystick without affecting the cat when we added more cat variations.

In addition, at the end of the Hackathon, we had to “change the cat assets,” which was quite easy because we only had to replace the assets and Modifier could reassemble them in STYLY Studio.

Although we created our own Modifier for the Hackathon, we have not released this functionality to the public to create their own Modifiers. However, other modifiers can be combined with PlayMaker to achieve the same efficiency.

The following comments were received from the members of Team A “Monolith,” who completed the two-day Hackathon:

By dividing the development of modifiers and assets, the team was able to develop effectively.

Also, since we could build the system in [STYLY] Studio, it was very easy to make adjustments later on.

On reflection, the implementation of the Joystick took longer than expected, and we were only able to start working on the modifier on the second day.

I wanted to have other members create various variations using the modifier, but we were not able to do so.

Once we decided on the concept of expressing what Modifier is in terms of content, development proceeded smoothly.

This was my first Hackathon and as a non-engineer, I didn’t know what I was doing, and now I feel that I could have done more.

I regret that we were not able to do much to create buzz, which was the theme of this year’s event, and [thought] I could have contributed m

Cats are widely known as the king of “buzz” content, and this task uses modifiers to efficiently and successfully express the cat’s mastery of the four skills. This Hackathon was limited to two days, but it is fun to imagine the many more expressions that will be created in the future.

In the second installment about STYLY’s first Hackathon, we will introduce the work of Team B, “Tokyo♡Valentine Revengers,” as well as some tips from their production. Team B “Tokyo♡Valentine Revengers” came up with the idea of creating AR content that would allow those who did not receive chocolate to receive chocolate from anyone. This was an appropriate theme, since the Hackathon was right after Valentine’s Day and COVID-19 was making it difficult to meet people. Stay tuned!