This article describes how to use STYLY for Nreal.

NrealLight is a MR glasses jointly developed by KDDI and Nreal Ltd. in China.

It enables you to experience XR integrated with real space.

In STYLY for Nreal, you can use NrealLight to experience VR/AR scenes published in STYLY or original scenes created in STYLY Studio on Nreal.

NrealLight currently available in Japan works only on “Xperia 5 II” and “Galaxy Note 20 Ultra” sold by KDDI (*Nebula cannot be installed and is not supported on other Android devices).

To experience STYLY on Nreal, you need to install two applications in your Android.

One is Nebula
The other one is STYLY for Nreal

The other is STYLY for Nreal.

Let’s install the two applications and complete the setup.

The first step is to install Nebula.

Search for “Nebula” from Google Play Store or download the app from the following URL.

Once the download of Nebula is complete, the app will appear on your Android device.

The installation is now complete.

The first step is to install STYLY for Nreal on NrealLight.

Download the STYLY for Nreal app to your 5G Android device that will operate NrealLight.
You can download it from the Google Play Store on your Android device.

Launch the Google Play Store on your Android device.

Search for “STYLY” from Google Play Store or download the app from the following URL.

After the download of STYLY for Nreal app is completed, the app will appear on your Android device.

The installation is now complete.

The first step is to set up Nebula.

With NrealLight connected to your Android device, start Nebula.

The startup screen will appear.

When you start Nebula for the first time, the privacy clause and terms of use will be displayed. Check and agree to them.

Next, grant permissions to NrealLight and Nebula.

The Grant Permission dialog will appear as shown in the following image.

Finally, accept the specification of the authorization. A setting dialog will appear, as shown in the following image.

In this dialog, select Go to setting.

The Android setting application will be launched and you will be redirected to the following screen.

Allow system settings to be changed

The Nebula configuration is now complete.

When you start Nebula, a menu screen will appear on your Android device.

Press and hold the Enter Nebula button, then release your finger to start Nebula on Nreal.

A tutorial on how to use NrealLight will start. Let’s complete the tutorial.

A menu screen with a cube icon will appear.

Click on the STYLY for Nreal icon that you just imported. 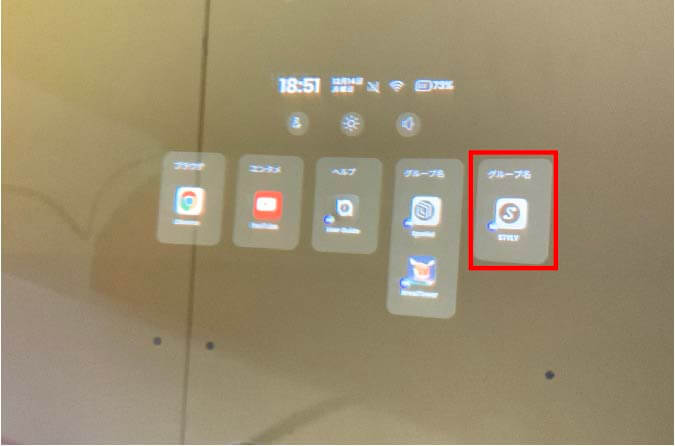 When you start STYLY for Nreal, the home scene will be displayed.

In the home scene, you can select various scenes and experience VR/AR scenes. 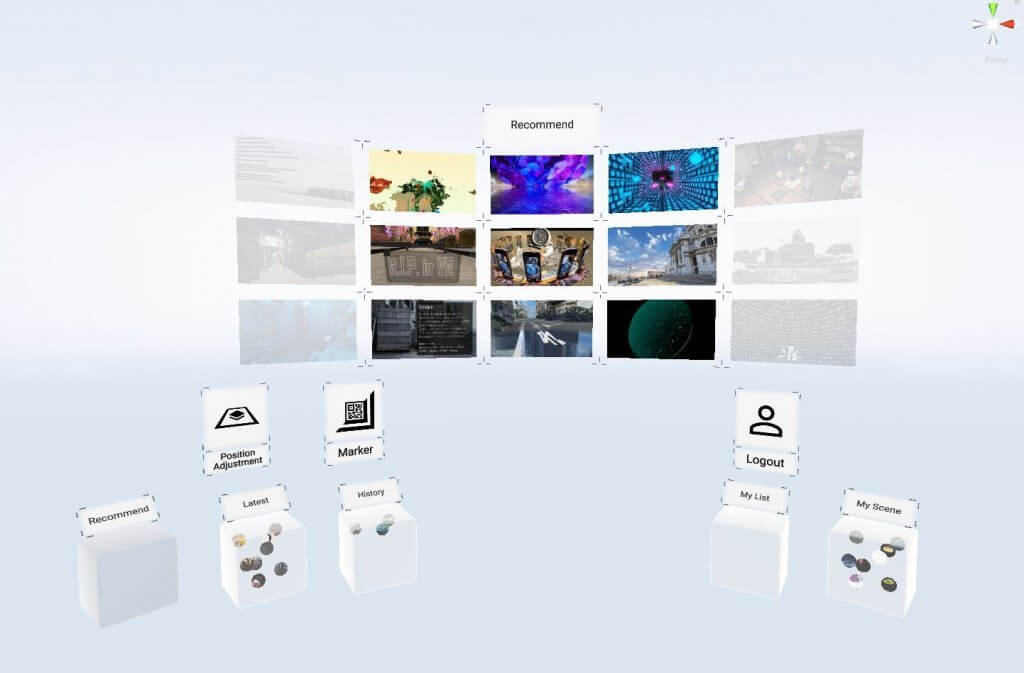 In STYLY for Nreal, your Android device becomes a controller and a ray will be displayed on the home scene. 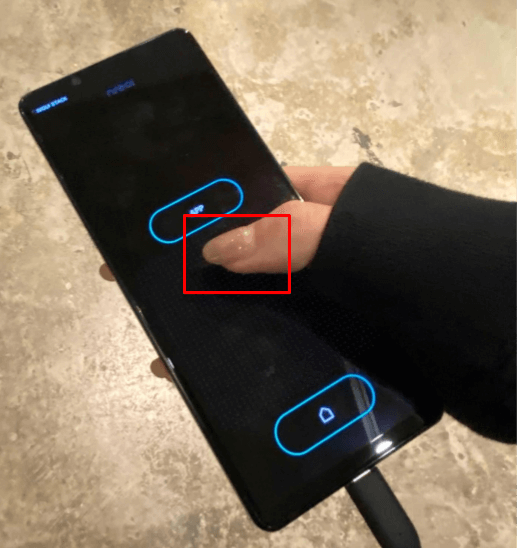 Focus the ray on each icon to select it.

Select the Recomend scene, focus the ray on the center playback symbol, and tap the controller. 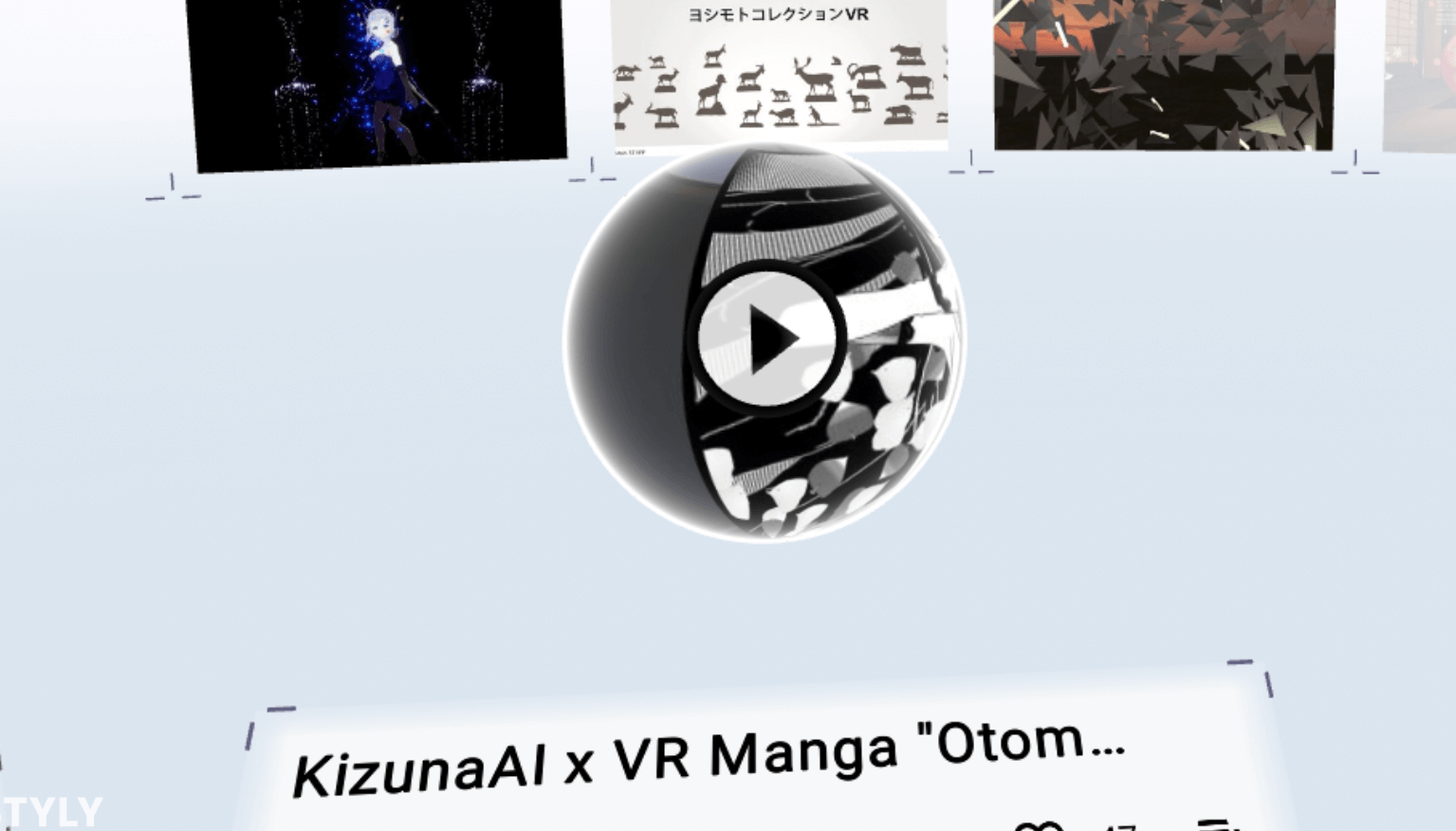 The scene will play and you will be able to experience it.

In the scene, tap the controller and the ray will appear in space.

When you tap the controller, the ray will be displayed

When you point the controller in the direction you want to move and tap the controller, a parabola will appear.
The parabola means “moveable”, and you can move to the bordered area by releasing your finger from the screen. 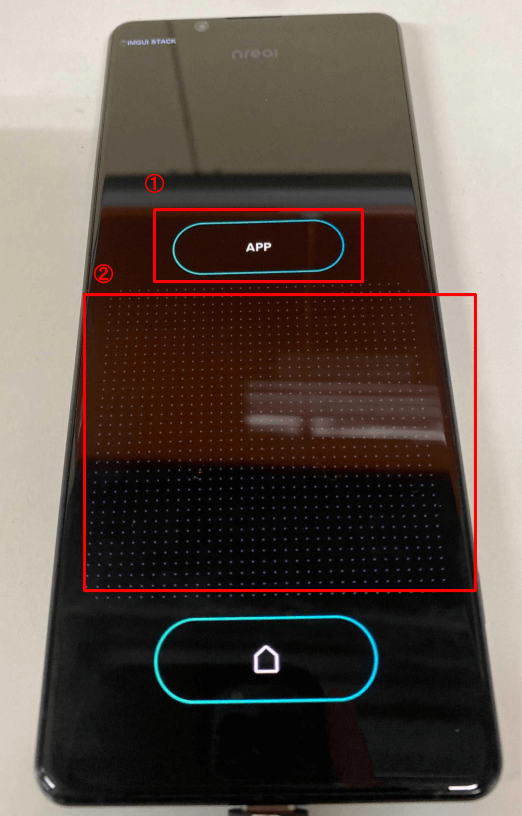 To adjust the origin, tap the Position Adjustment button in the home scene. 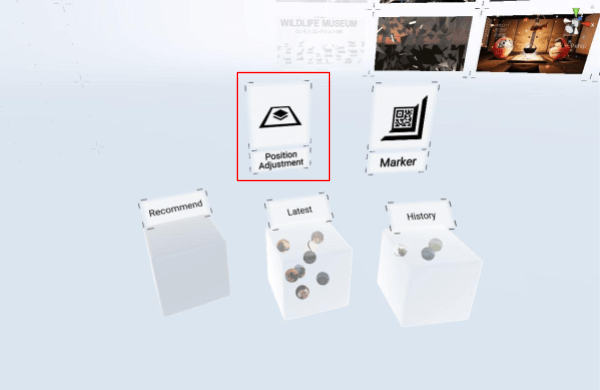 Look around the area where you want to adjust the position with Nreal applied.

Create your own VR/AR scene and experience it in Nreal

Let’s create a scene with STYLY Studio and experience it with STYLY for Nreal.

To create a scene in STYLY, you need to create a STYLY account.
If you are new to STYLY, read the following article and start by creating an account.

If you’re new to STYLY, you can start by reading the following article and creating an account. You need an account to create scenes, but you don’t need an account if you just want to try it out.

The basic way to create a scene is the same as creating a VR/AR scene. 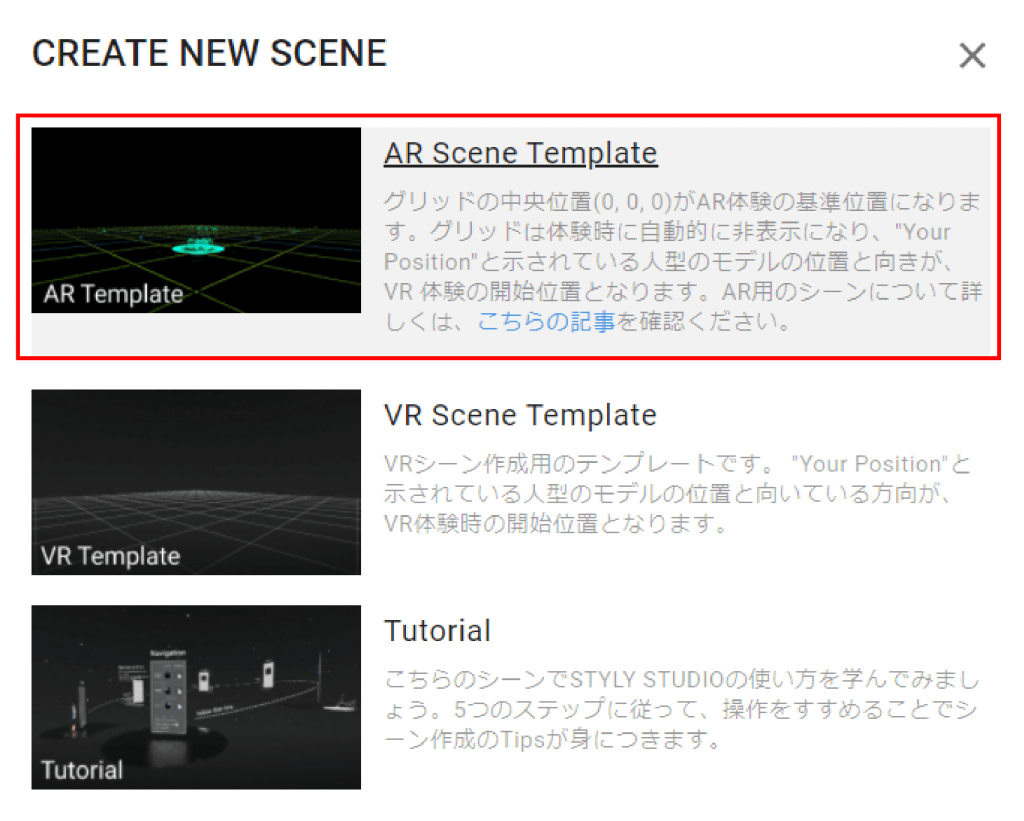 Select AR Template. The name of the scene can be arbitrary. In this case, we will use TEST.

Next, place the cube. 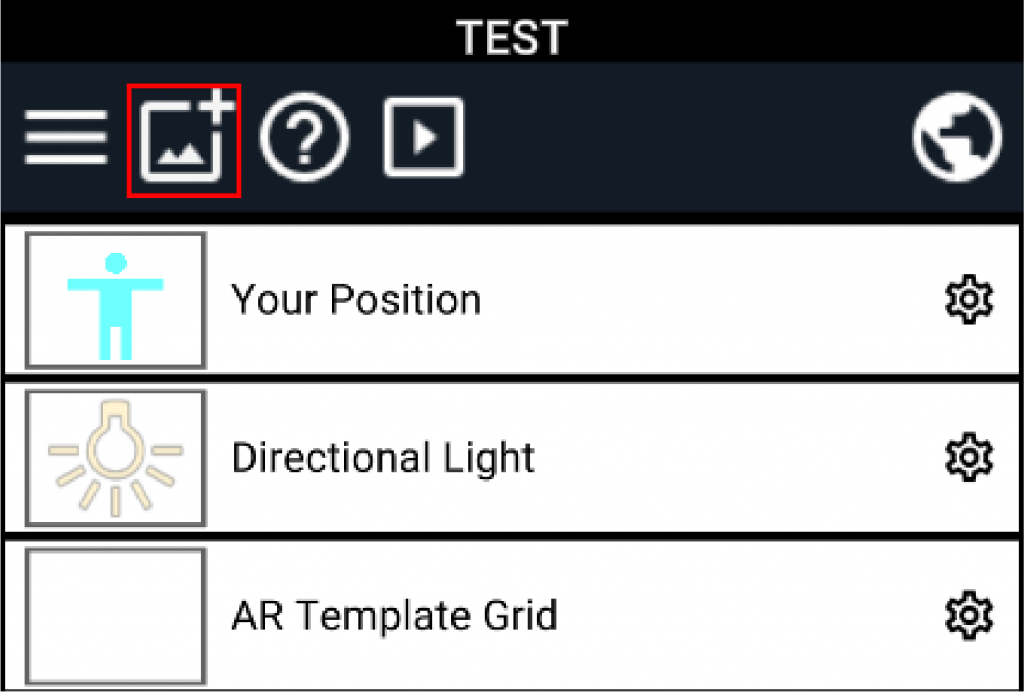 The Asset window will appear. Click on the 3D object and select Primitive. 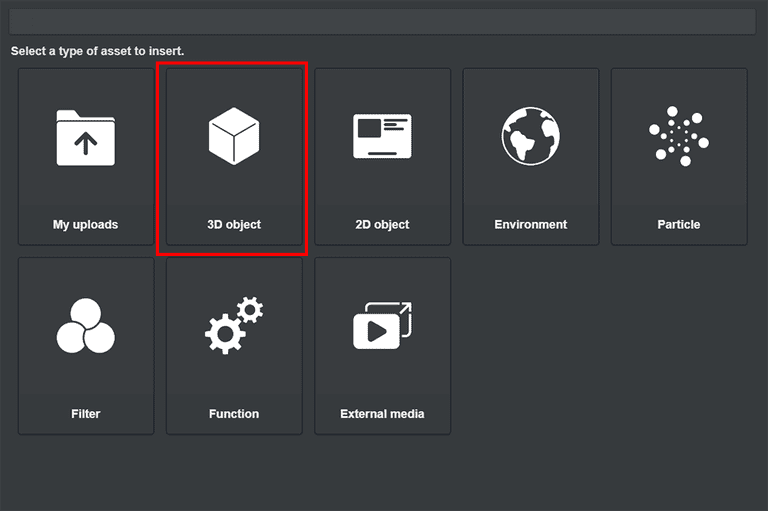 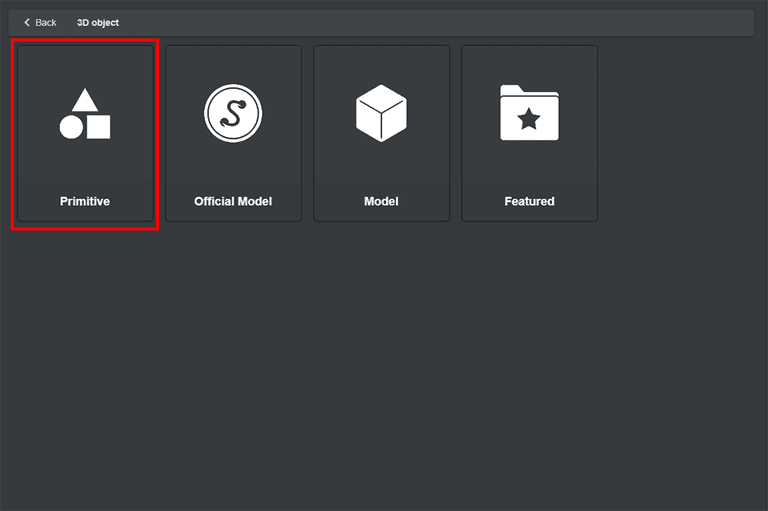 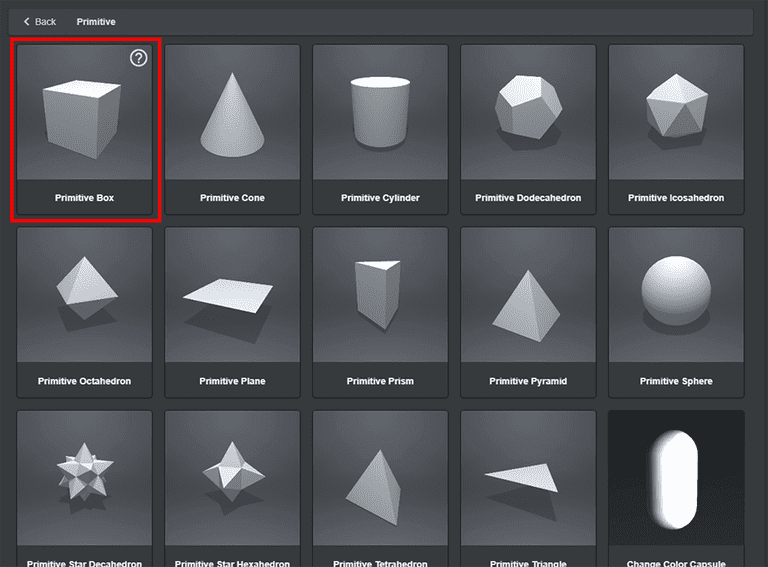 Set the Color field to a white color (it is set to white by default). 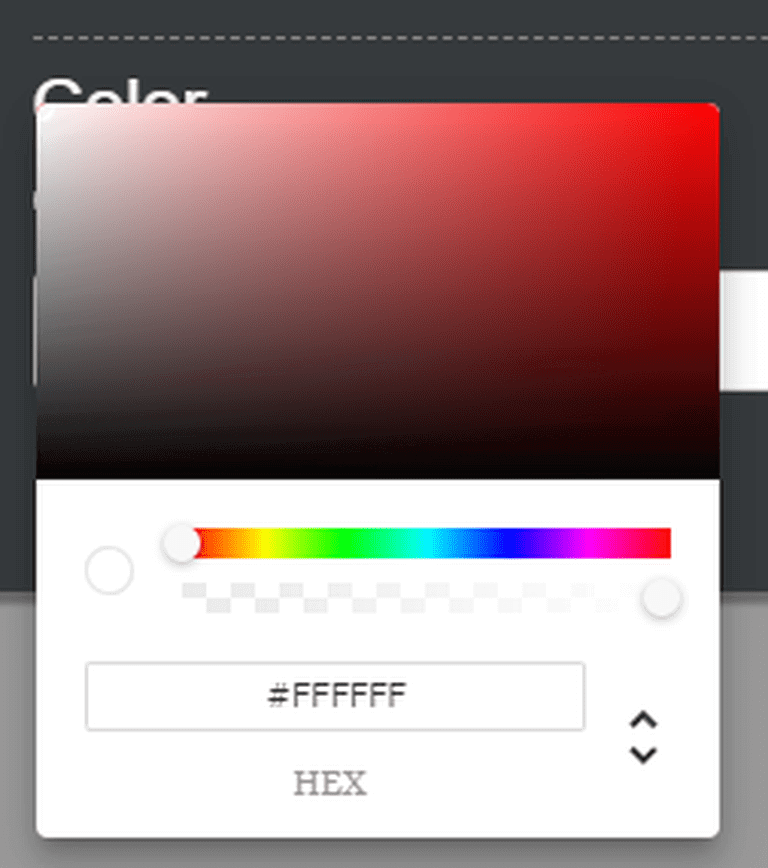 Set the Color to White

Once you have set the color, click on the ADD TO SCENE button to place it in the scene. 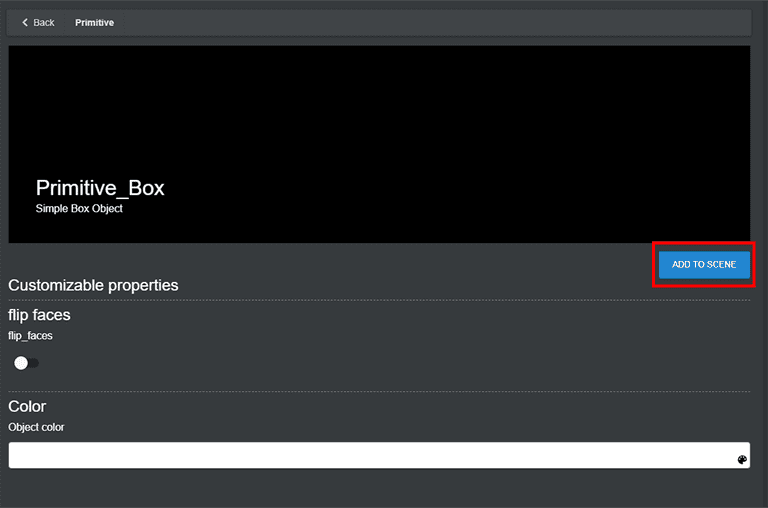 It is now placed in the scene. 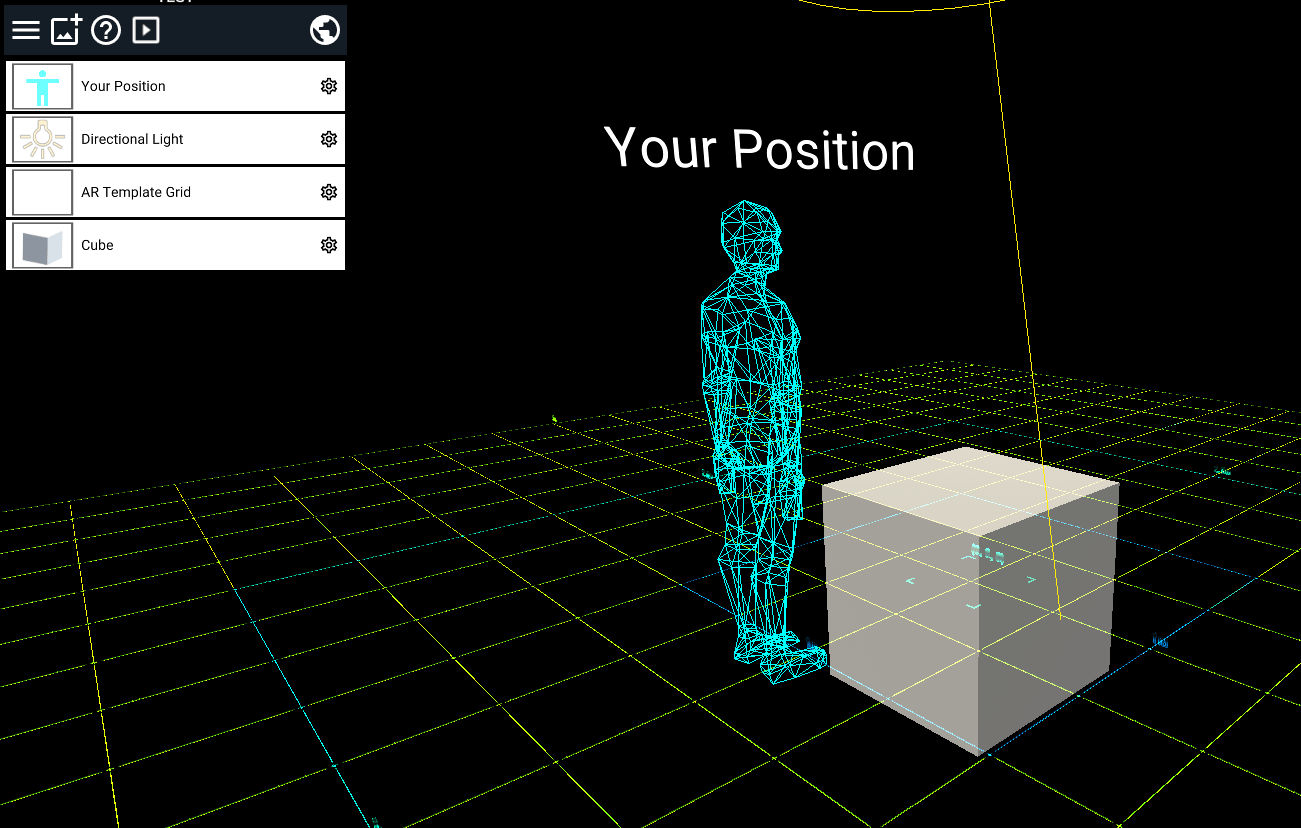 The Cube will be displayed.

The location can be arbitrary, but for this time we’ll leave it at this state.

Let’s publish the scene. The way to publish is the same as publishing an AR scene, click the Publish button. 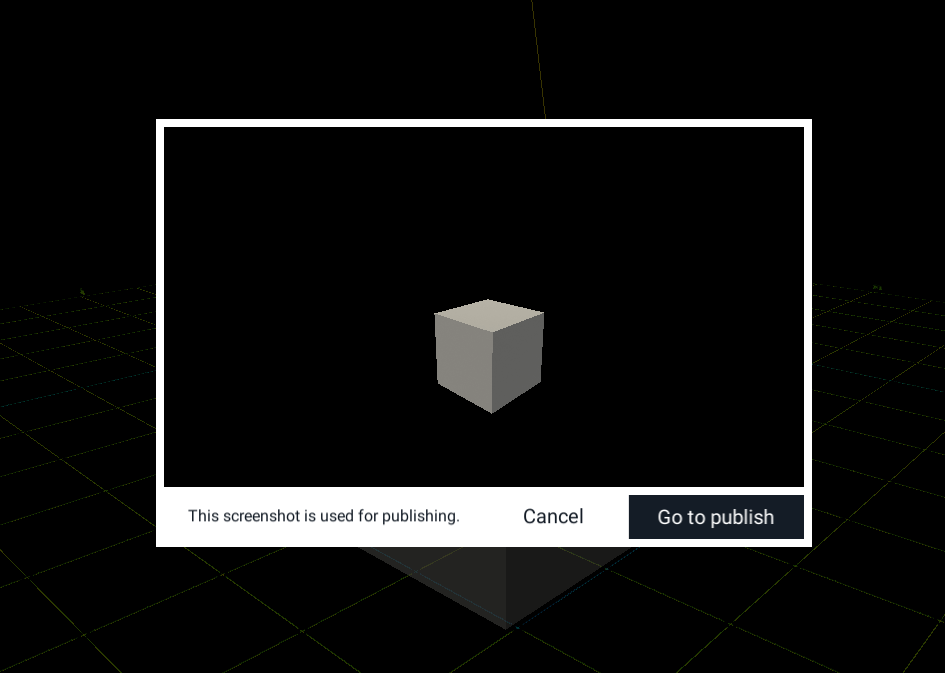 The scene is now ready to be published. 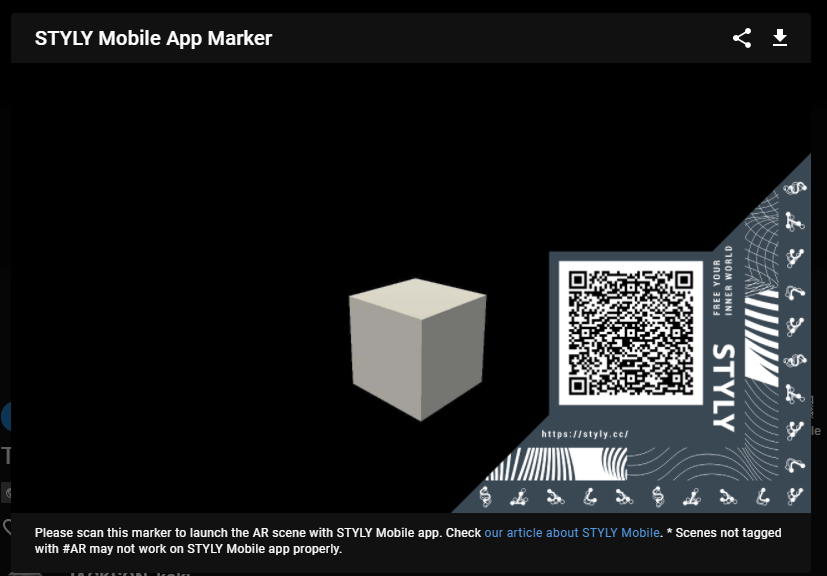 For more information on how to use STYLY Studio, please refer to the following article.

Experience the scene you created

Experience the scene you have created. There are two ways to experience it.

There are two ways to experience your scene from STYLY for Nreal. 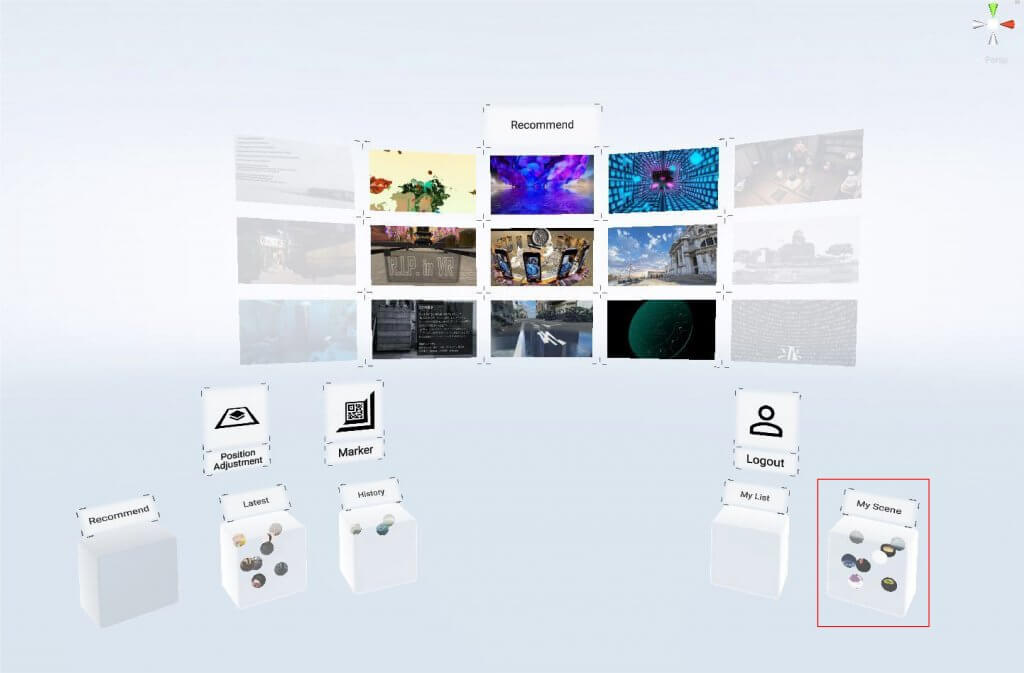 There are two ways to experience a scene from STYLY for Nreal: 1) Login and select My Scene.

By selecting My Scene, you can experience the VR/AR scene you have created.

If you select Marker, you can read the QR code.

By reading the QR marker of the VR/AR scene in your web browser, you can launch the scene. 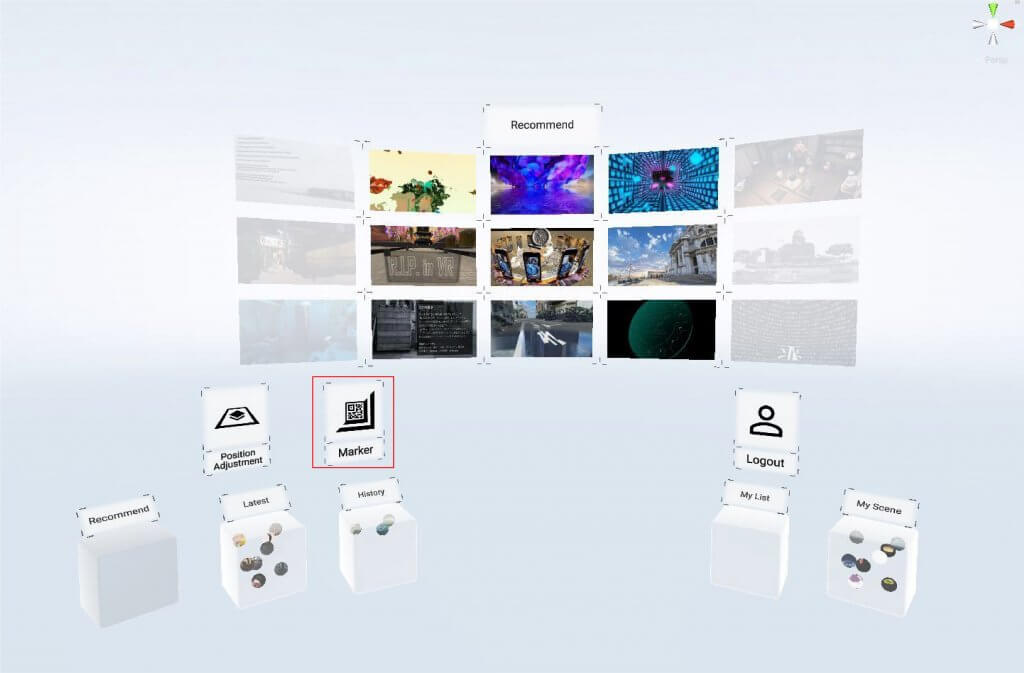 Click the Marker button to read the QR code.

Read the scene you have created and experience it.

If the Cube appears in the space as shown in the image, you have succeeded. 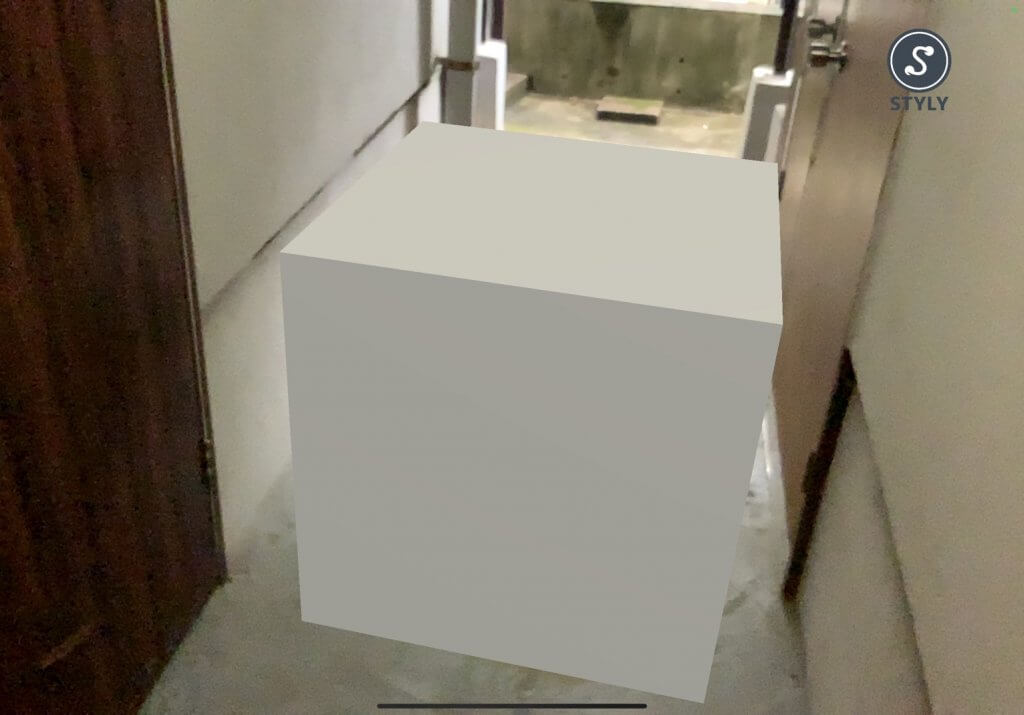 The image is for reference

How to record a screen on STYLY for Nreal

You can record a screen on STYLY for Nreal and save it to your smartphone.

Please refer to the following article for details on how to record.

How to record a screen on STYLY for Nreal