In this article, I will introduce you to the functions and operations used in creating animations in Blender.
Don’t worry, it is designed for people who have never done animation before.

For more information on how to create animations using Unity, please refer to this article.

What is Frame Rate? 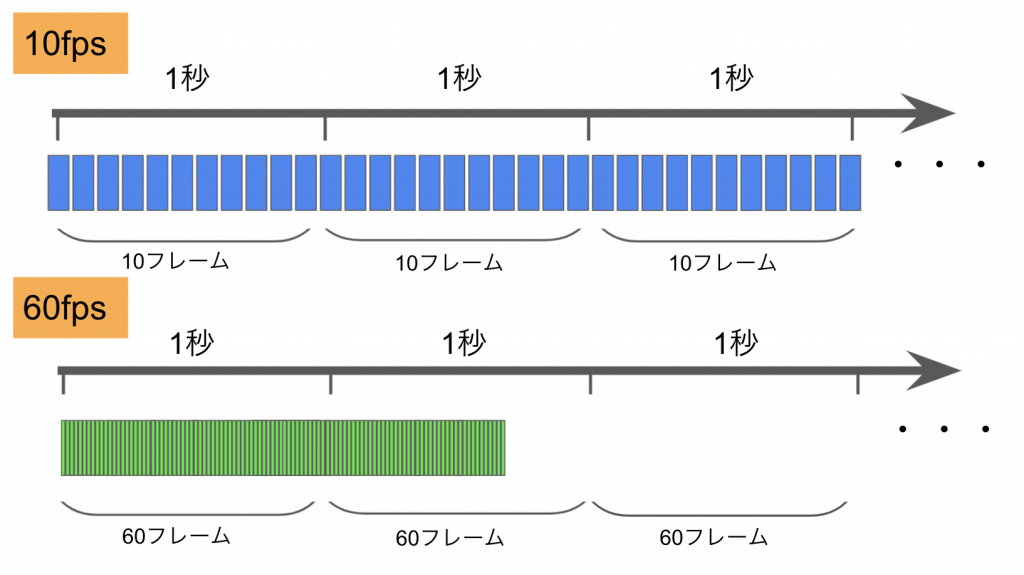 Note that if the number of frames increases at a larger fps, the data will also become larger.

Let’s try to create an animation.

Start Blender, and click “Animation” in the top tab. 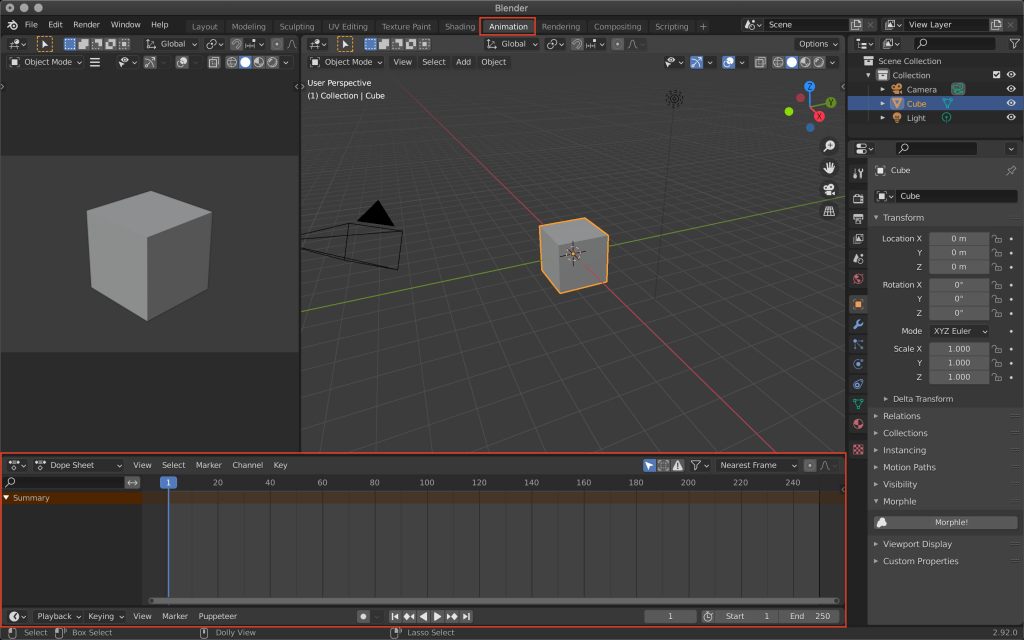 Keyframe is a function to register the current state of the object to the frame.
You can add keyframes based on various factors such as the size, position, and material of the object.

Let’s take a look at a tool called the Dope Sheet.
There are two chunks of yellow circles at the 0 and 100 positions.

Animation of the cube rotating

First, click on the cube and make sure that the seek bar (the blue line representing the playback frame) on the dope sheet is set to 1.

Then, from the Object Properties on the right, add a keyframe with a Rotate Z value of 0.
Simply click on the dot to the right of the value.

When the registration is complete, the dot will turn into a diamond mark, and the line at the bottom of the screen, called the dope sheet, will also have a yellow circle. 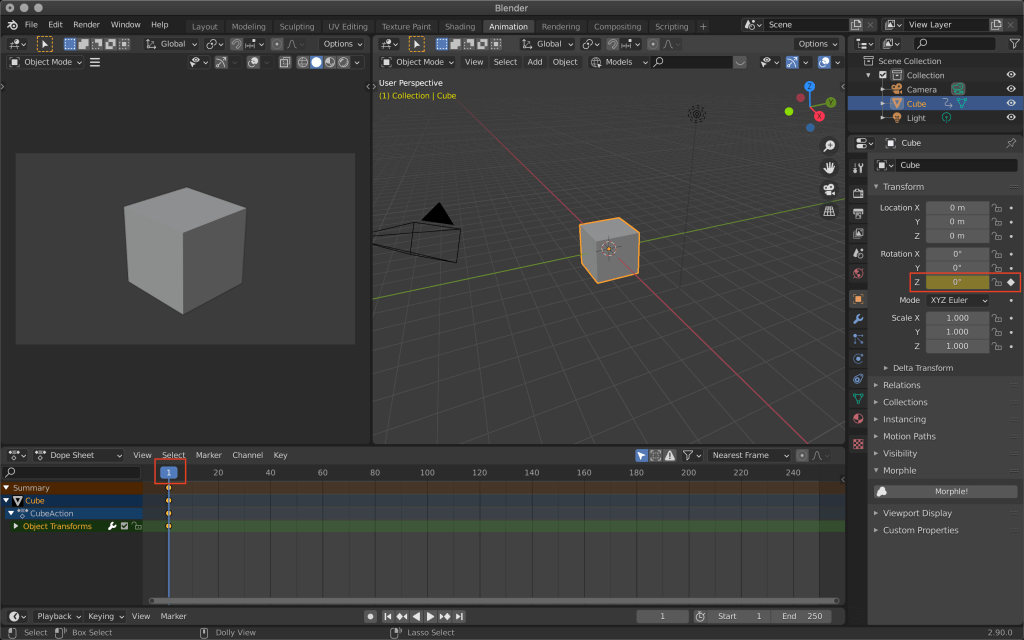 Next, we will add a keyframe for the cube after it has made one 360 degree rotation.
Let’s move the seek bar to the 100th frame.
Enter 360 (degrees) in the same field where we just added a keyframe, and click on the diamond symbol to add a keyframe. 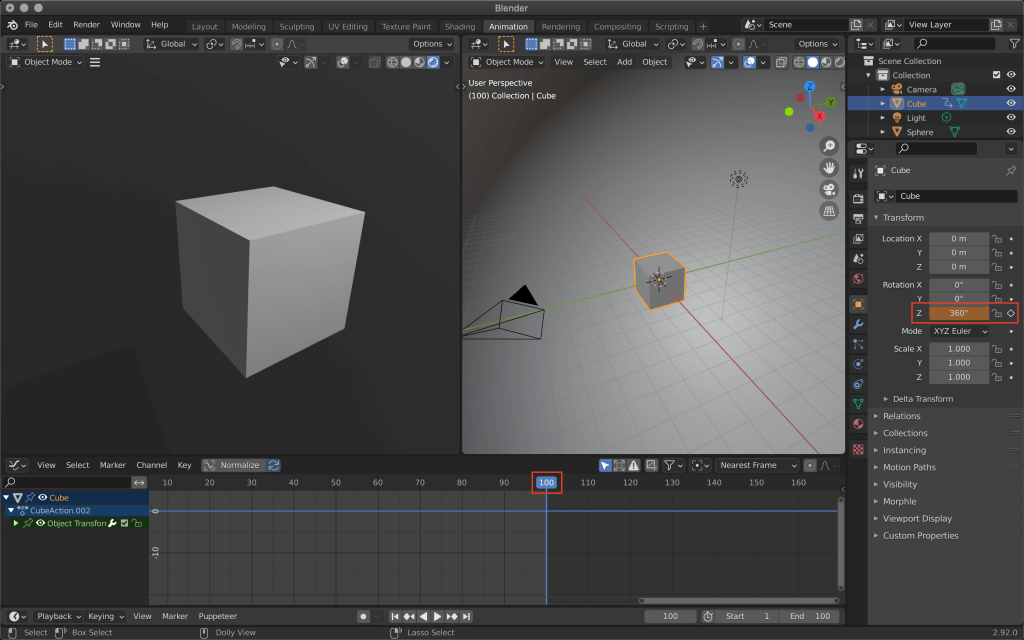 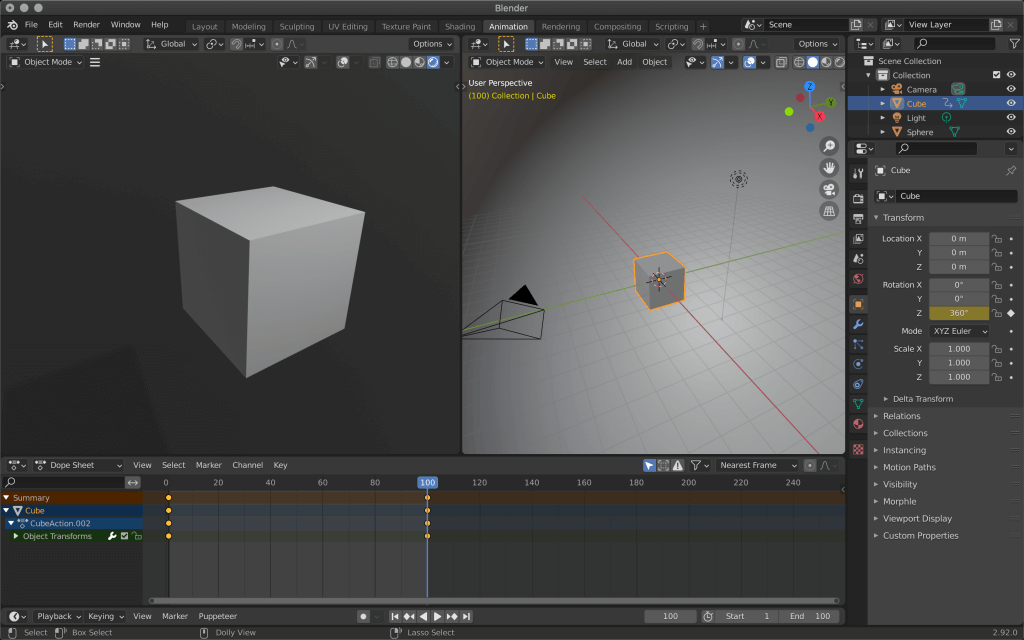 Keyframes are now added to the first and 100th frames respectively.

If you want to change the speed of the animation in the middle, use the Graph Editor. 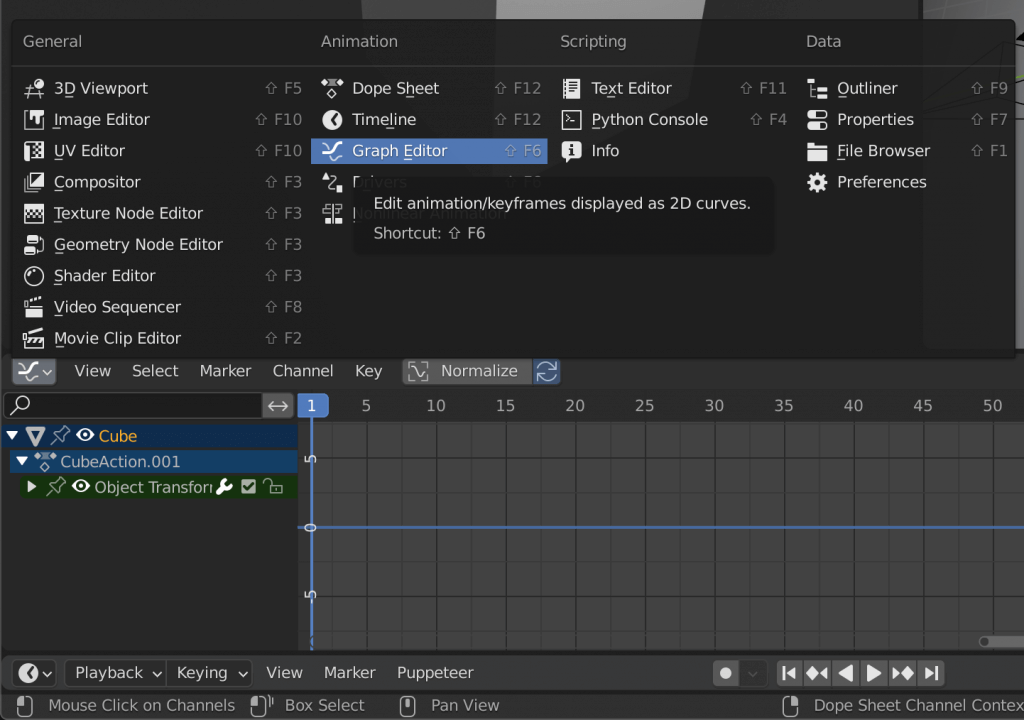 You will see a yellow circle and a curve. 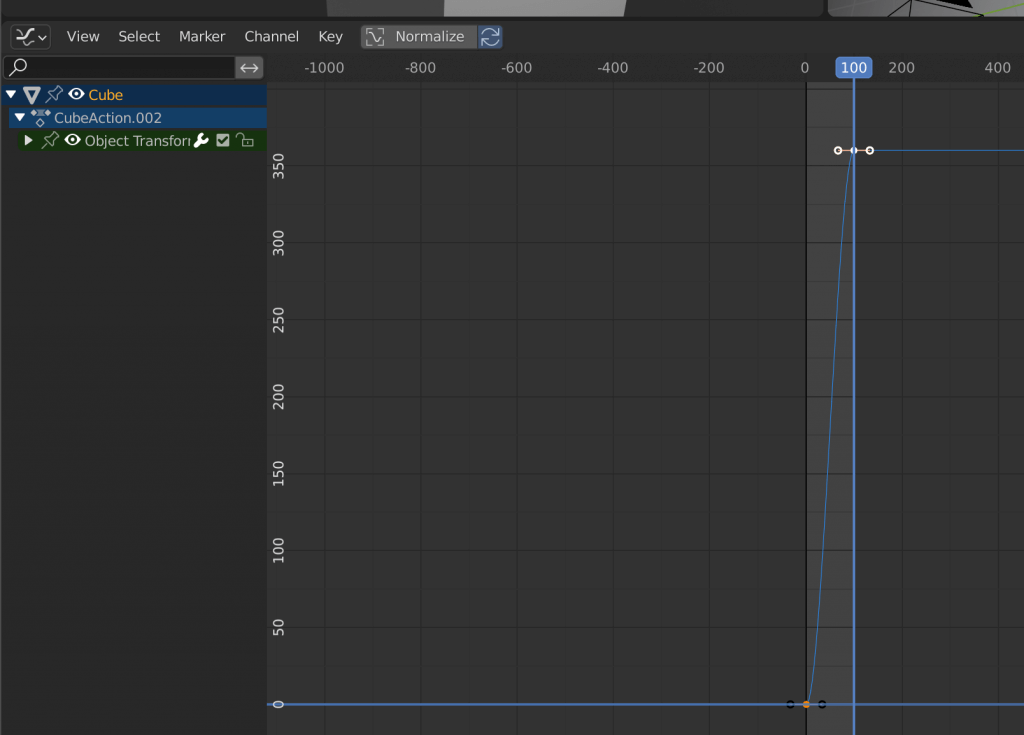 If you click on the first frame and the 100th frame where the keyframe was registered and look closely, you can see two black circles on both ends. 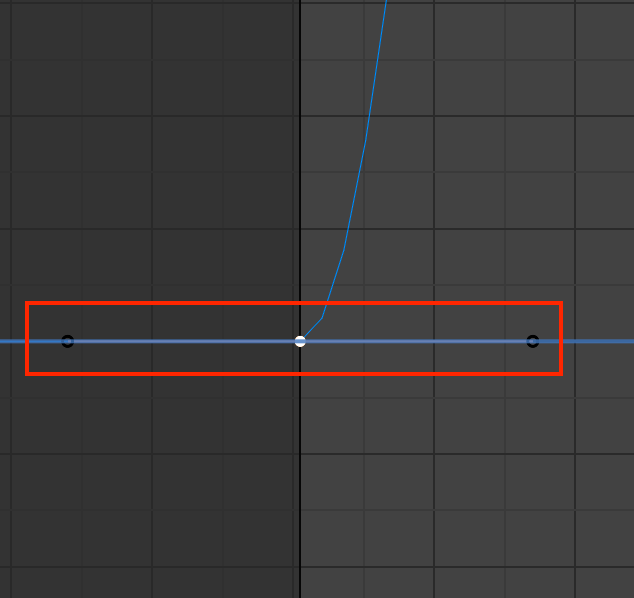 Click and drag one of the black circles to reveal a red line called a handle.
By extending or changing the angle of these handles, you can change the angle and the area of influence of the graph.
You can move it with G and rotate it with R.

In addition to editing them manually, you can also select them from the menu.
This is a list of handle types. 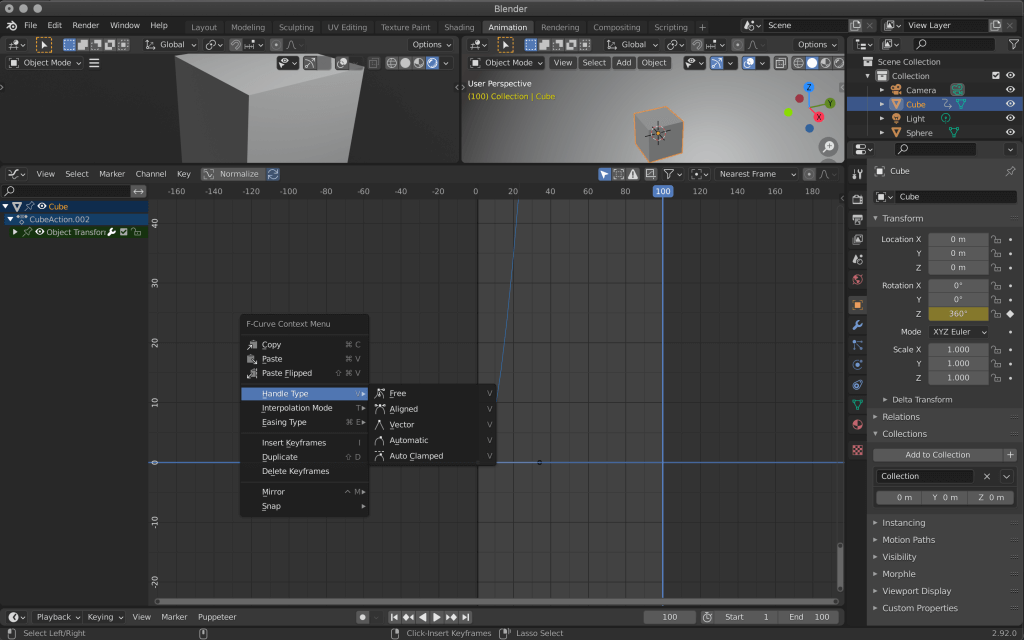 You can change the shape of the curve itself by selecting one of the Interpolation Modes under Handle Type. 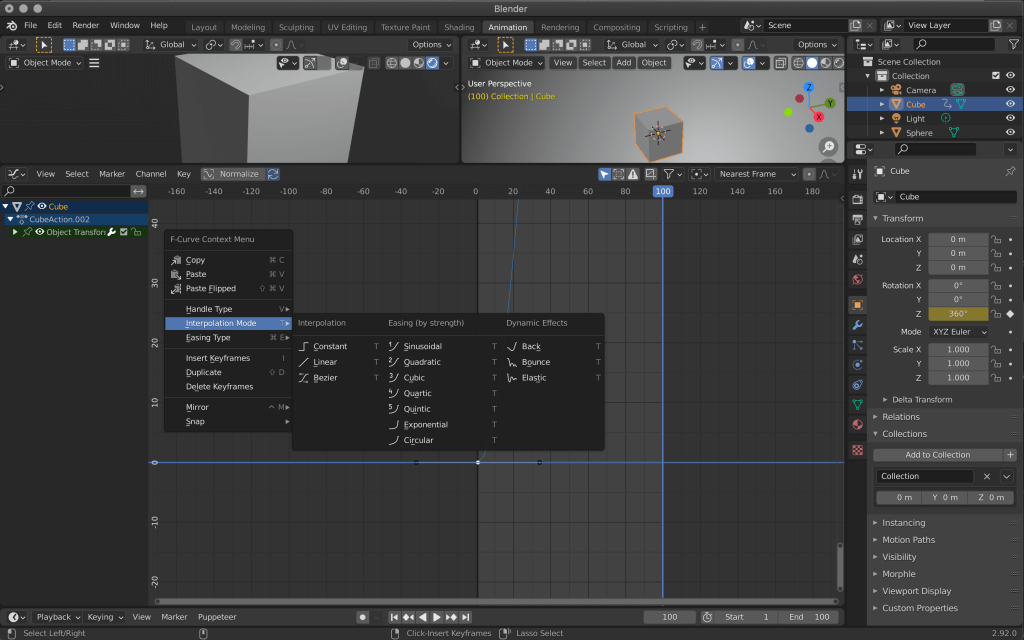 You can also add new keyframes in the middle of the curve and manipulate the handles to create interesting movements. 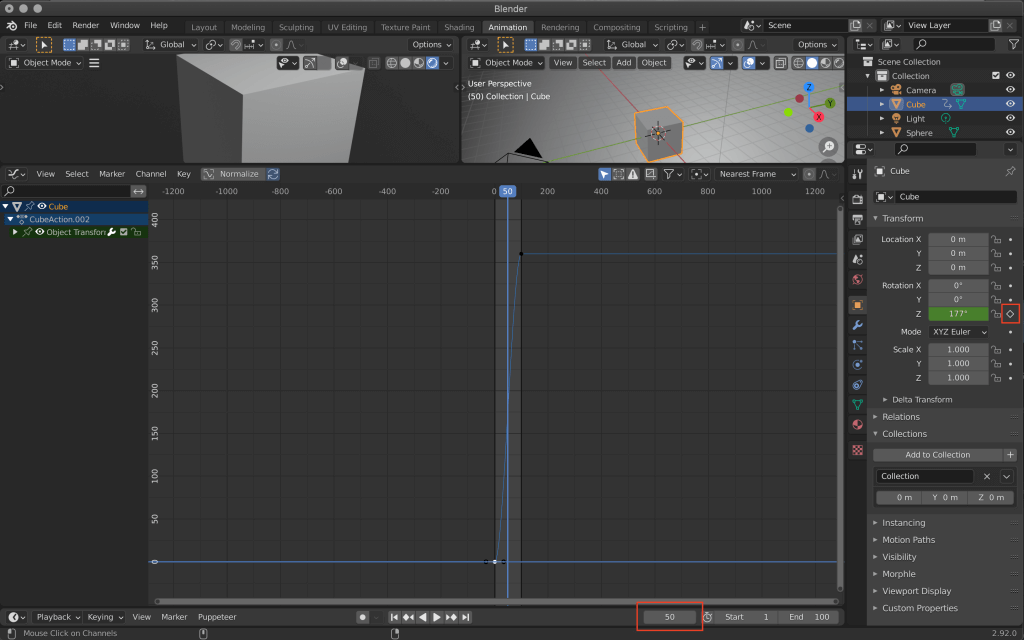 Add a keyframe at the 50th frame

With only the center handle selected, R (change the angle of the handle) to make the graph look like this. 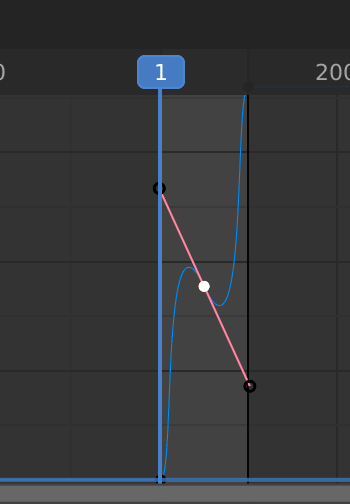 The movement has changed.

Here is an animation of a cube that is getting smaller while rotating.

A cube with two combined movements

At first glance, it looks like a complicated motion.

The same animation can be created by simply adding two keyframes at 0 (start) and 100 (end). When you see a video as a reference for animation, it is easier to understand it if you separate it by elements such as “angle and position”, “height and distance”, etc., instead of one coherent movement.

Once the animation is complete, export it with the fbx extension. 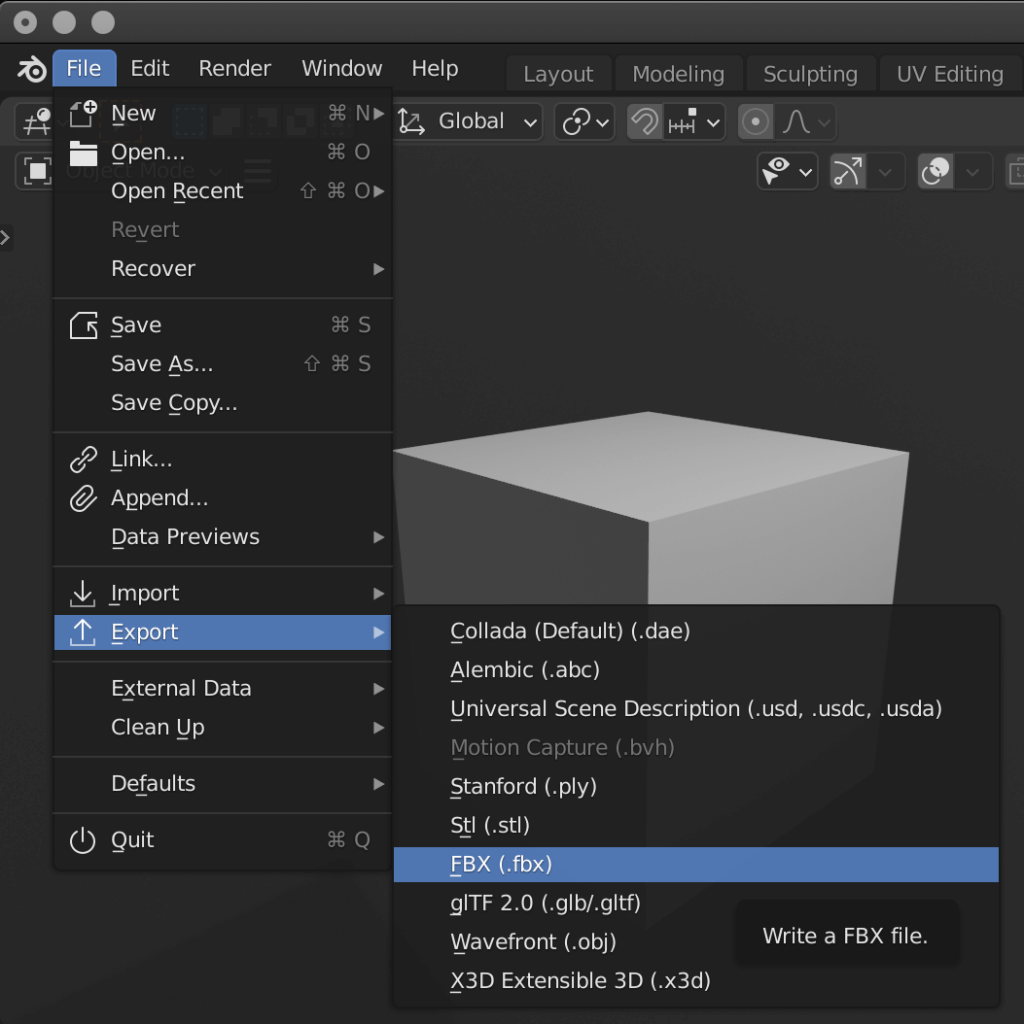 Be sure to check the Bake Animation checkbox.
In this case, we only want to export the selected cubes, so we also checked Selected Objects.
After specifying the save location, click Export FBX.

Open Unity and import the animation object you just created into the asset window. Drag and drop to the asset

Let’s check the animation in the Inspector window of the imported cube.

Drag and drop the cube from the asset to the Hierarchy to add it. 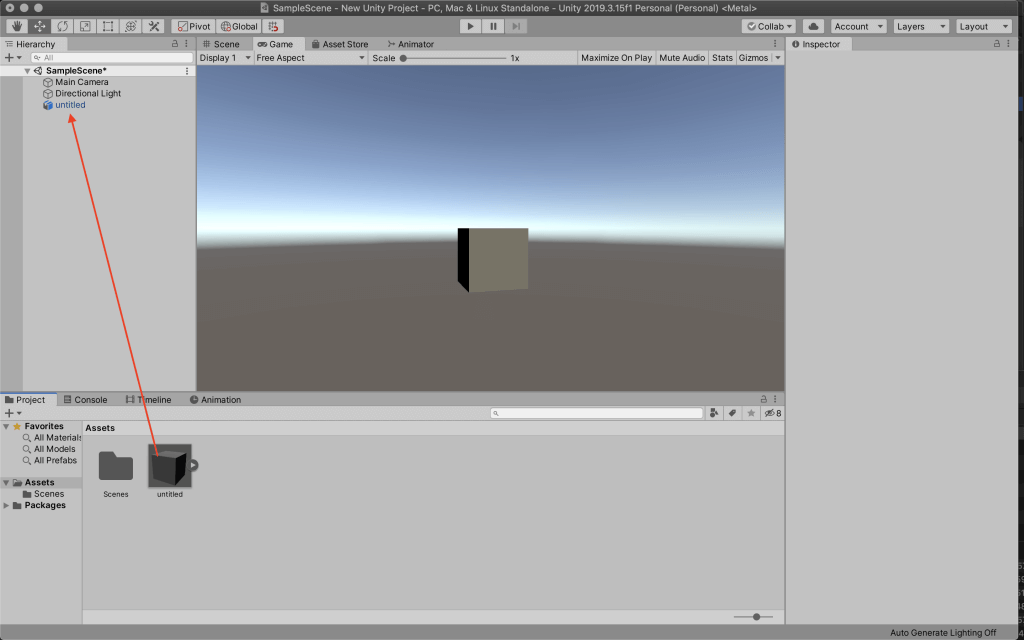 Drag and drop to the Hierarchy

Since the cube will not move when we play it back, we will assign an animation to the cube.
Right-click in the asset and add a new animator. Once it is added, open the Animator window.
Drag and drop the animation saved in the previous cube from the asset and add it. Adding an animation to the Animator

You have now added an orange rectangle.
Finally, drag and drop the asset New Animator Controller to the hierarchy of the cube. 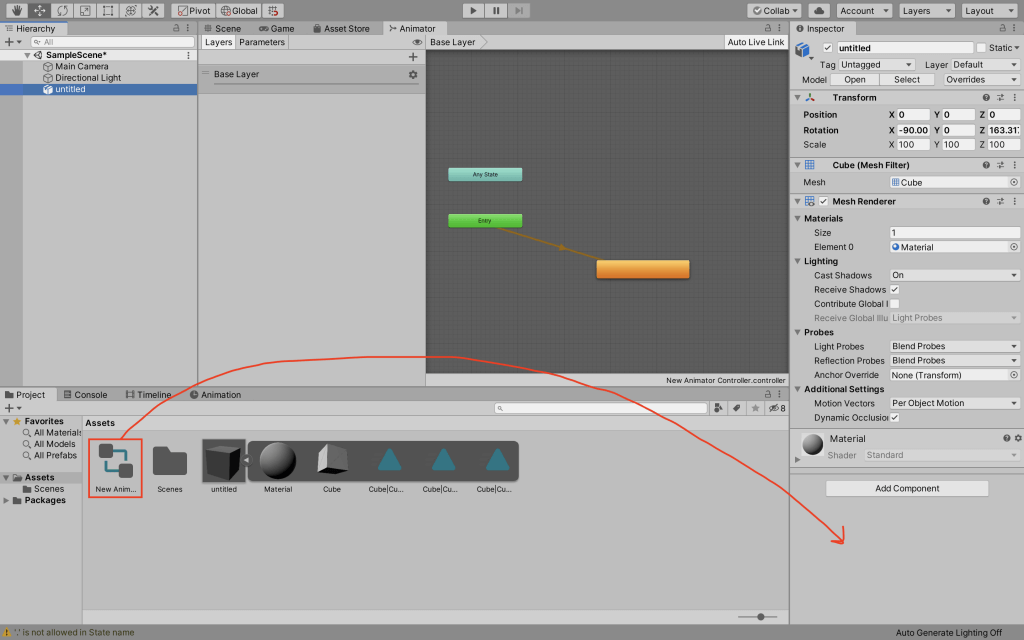 Drag and drop it into the Inspector

The animation is now playing.

Right-click on the orange rectangle→Make Transition

If you want to use a humanoid object, please refer to this article summary.
It also shows you how to use bones.

[Article Summary] How to Move a Human Model