In this article, I’ll introduce you to a guide to buying a gaming PC that’s perfect for getting started with VR.

For those who want a gaming PC but aren’t interested in building their own PC, or for those who don’t want the hassle of buying new PC parts, I’ll explain what kind of PC to buy with what budget, with the goal of keeping it stable for as long as possible.

Many people who use STYLY have an interest in VR. If you want to start VR, you should use a gaming PC.

A gaming PC is designed for gamers, and it can improve the efficiency of all kinds of tasks compared to a regular PC. With a gaming PC, you will rarely have to worry about processing failures in Office software, image editing software, and 3DCG production software. If you want to buy time and comfort for money, a gaming PC is the perfect choice. It is not uncommon for inexpensive models of PCs for creators to have the same parts as gaming PCs.

In this article, we will focus on CPU and GPU to choose a gaming PC.

Which is better, a desktop or a notebook?

In my opinion, the first thing to consider when buying a gaming PC is to decide whether to buy a desktop or a notebook.

As a general rule, gaming laptops can be carried around, but they tend to break easily and have a short average lifespan of two to three years. Desktops, on the other hand, are heavy and take up a lot of space, but can be expected to last 4-5 years.

However, since it is unlikely that you will move your PC to play VR or take it outside to play VR, I would recommend a desktop for VR.

On the other hand, if you are a person who does creative work outside on a daily basis, or if you are thinking of exhibiting at an exhibition, a notebook PC may be a better choice. Choose carefully according to your individual needs.

Warning: VR is not compatible with OS other than Windows

If you are a creative person, you may be a MacOS user.

Of course, even high-end machines with MacOS are powerful enough, but basically, only Windows is officially supported by VR headsets.

BTO is popular for gaming PCs, where you can specify most of the parts if you order from a PC shop, but even gaming PCs with specified parts can be customized to some extent.

In this article, I will introduce how to choose a PC with reference to the PC store Dos Palla. We will also discuss CPU, GPU, and memory, which are important in selecting a gaming PC.

For VR and gaming, you don’t need to worry about the CPU manufacturer, although some creative software (e.g. Adobe) has issues that are not optimized for AMD CPUs.

Desktops: The state of the GPU

The GPU is the graphics performance part, and the most important part for VR is the GPU.

When choosing a PC for VR, it is important to choose a PC with a GPU that supports VRS (Variable Rate Shading).

VRS is a technology that reduces the load on the GPU by changing the resolution of the game image depending on the position of the display, and is an important feature that will be used in future VR devices (see NVIDIA’s official explanation of VRS).

Although there are few opportunities for VRS to be used in the first half of 2020, if you have a GPU that supports VRS, you will soon be able to enjoy high-quality VR with low load. 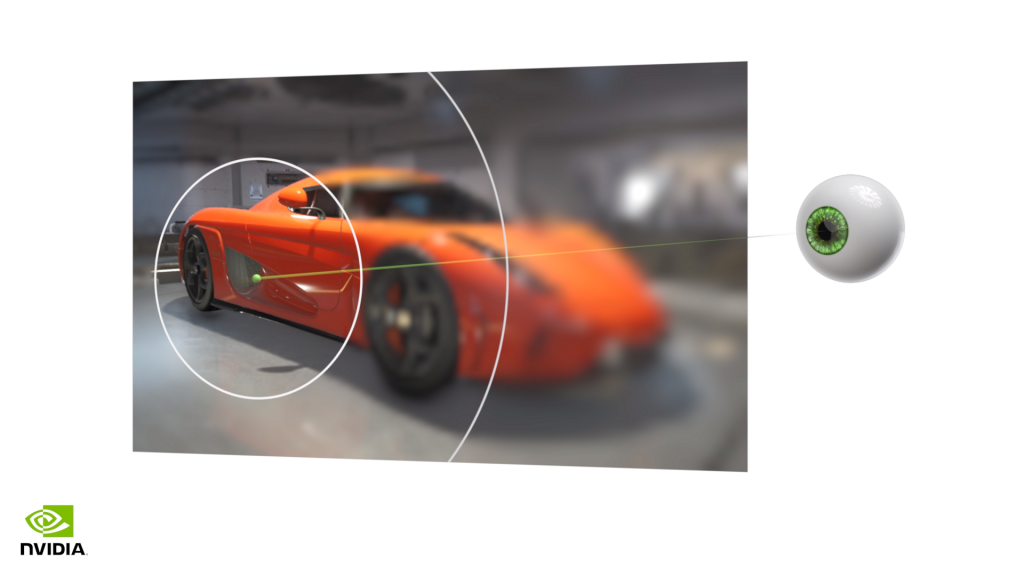 Currently, the only GPU that supports VRS is NVIDIA’s RTX 20XX (Turing) series, and AMD’s RDNA 2 GPU (name not yet announced) to be released at the end of 2020 will support VRS.

Incidentally, for desktop PCs, the larger the chassis (PC case), the better the cooling function and the less likely the PC will break, so if you have enough room, choose the one with the larger PC case.

If you don’t care about 4K resolution, you will be able to play games on PS5/Xbox Sreies and other next-generation game consoles scheduled to be released by the end of 2020.

Notebooks: The state of the CPU

Intel’s Core i7-9750H is the mainstream CPU for gaming notebooks in the first half of 2020.

However, AMD’s Ryzen 4000 series CPUs are scheduled to be released in the first half of 2020, so there is a possibility that the Ryzen 7 4800H will become popular for gaming when it is released.

Notebooks tend to have slightly lower performance than desktop PCs, even if they use the same type of GPU.

Also, as mentioned earlier, AMD has yet to release a GPU that supports VRS, so we don’t recommend choosing an AMD GPU for a gaming notebook designed for VR applications.

This level of specs is popular among gamers who don’t use VR, so check the sales website as they are often out of stock.

As a side note, some stores sell sets of gaming laptops that come with a VR headset (Vive Focus). However, I don’t recommend getting a VR headset of a minor model because you are likely to have trouble using it.

Common to desktops and notebooks: Memory

For VR and gaming, 16GB of memory is enough, but if you want to do image editing, video editing, game development, or VR content development, 32GB will be easier.

Pay attention to the PC terminals in VR

The terminals of the cable that connects the VR device to the PC are important, although this is often not mentioned in the buying guides for buying a gaming PC.

When buying a PC, make sure that it supports Display Port (mini Display Port) in the video output section of the product specifications.

The price range for VR headsets varies depending on the application, ranging from 50,000 yen for a simple headset to more than 100,000 yen for a high-end headset.

Note that Oculus can only be ordered in Japan from the official Oculus website or Amazon. Please be careful not to buy from Amazon resellers at unreasonably high prices.

Oculus Rift S (official website) is the most stable and cheapest VR device. The price is 4,9800 yen including tax (as of 2020/04/02), but depending on the time of year, it may be discounted by a few thousand yen.

Oculus Quest is often out of stock, but Rift S is still available, and Oculus has exclusive content.

Oculus Quest (official website) is the most popular VR device in the first half of 2020.

If you want to know more details, read the official Oculus guide or search for “Oculus Link” to see the blogs of volunteers.

Also, some PCs (especially laptops) may not support USB Type-C video output, so look carefully at the product features catalog.

The image quality and smoothness of the video is slightly lower than the Oculus Rift S, but it has the appeal of a portable VR device.

Click here for instructions on how to use STYLY with Oculus Quest.

How to install STYLY on Oculus Go via SideQuest

Valve Index (official website) is a high-end VR headset made by Valve, the operator of Steam.

It features one of the highest resolution and frame rate (smoothness of the image) of any VR device, and a controller that can sense the movement of all fingers on both hands, but in return it is expensive at 130,000 yen for the full set (as of 2020/04/02).

Currently, there are only a few titles that are officially compatible with the Valve Index controller, but many notable and popular titles are becoming compatible with it.

Also, if you buy more sensors (trackers), you can do motion tracking (sensing of human form like VTuber) with sensors on your arms and waist. Now it comes with Valve’s new VR game “Half-Life: Alyx” as a purchase bonus.

The terminal is Display Port, and can be purchased in stores such as PC stores or ordered from the official website (Degica).

Click here for instructions on how to use STYLY with Valve.

Although you don’t necessarily have to choose a PC as described in this article, I have described the specifications from the perspective of CPU and GPU, assuming that people who are not interested in building their own PC or are not motivated to maintain their PC to the extent of replacing parts by themselves can use VR with satisfaction for at least four years.

Therefore, you should choose a gaming PC carefully according to your budget. If you have a friend or acquaintance who is familiar with PCs, please ask them for advice.

Free lighter like VR and game. Beyond the lighter industry, we will work on personal game development, near the game review and columns. The game and VR want to play carefully with a number of people and interpersonal people. twitter: @ passonco, note (blog): https://note.mu/pasonco