This time, I introduce the features of photogrammetry and how to generate a 3d model with it for beginners to understand easily. By reading through this article, you will be able to try it by yourself. 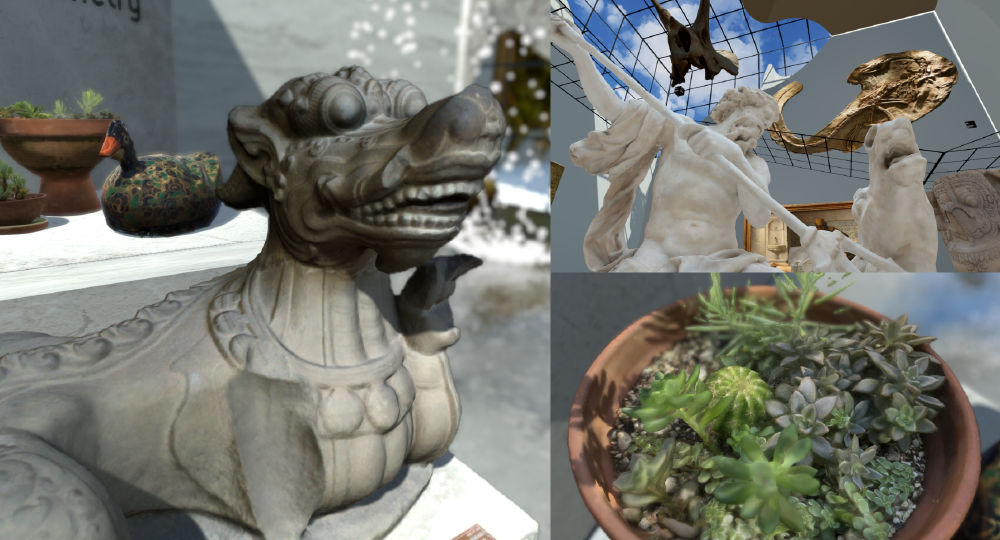 Some examples made by photogrammetry

You can taste the sample space in STYLY GALLERY. Museum of Photogrammetry

Photogrammetry is a technique to analyze the photos taken from various directions with a computer and generate a 3d model from them. You can create various 3D models, from a small object like a figure doll to a large object like a building or a city, by this technique. It’s used in the professional fields such as land surveying, topographical survey, historic preservation. But, it’s also used for video-game development in recent days. As PC and photogrammetry software are getting higher performance, this technology becomes a technology anyone can handle it easily.

What you need for photogrammetry

The comparison of photogrammetry software How to download the trial version of 3DF Zephyr

What object is suitable for photogrammetry?

After preparing the object to scan for photogrammetry, take actual photos next. Take photos while varying the camera angle with a small step so that all surfaces of the object are covered by the photo. In this example, I limit the number of the photos because I used the trial version of 3DF Zephyr, but you can improve the precision of the 3d model by taking more photos in the case you use the full version.

An example – how to take photos

When taking photos, please pay attention to the points shown below. ・If you place the object to scan on a base, use the base with a rough texture, which is likely to give higher precision to the 3d model, compared to placing on the base with a smooth texture. ・Pay attention to the light not to take underexposed or overexposed photos. ・Unsteady shot kills photogrammetry. Please keep calm to prevent a camera move when taking the photos.

Once you finished taking the photos, let’s apply photogrammetry to them. In this tutorial, I use the trial version of 3DF Zephyr.

Open a new project and compute the camera orientation

When the software is opened, drag the photos onto it at first. It opens a new project. 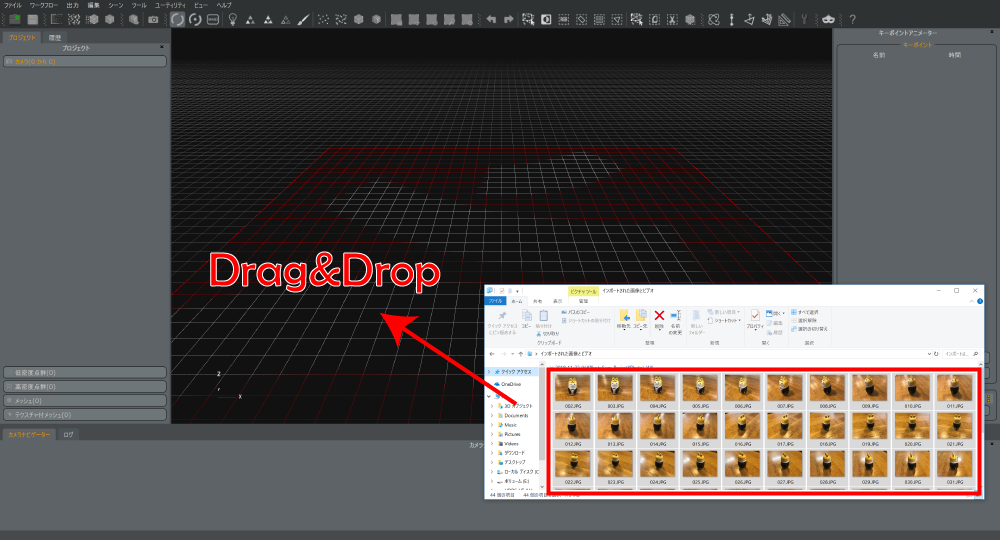 Drag the photos into the application.

When the window to create a new project is opened, go ahead by following the Project Wizard. Some steps require you to set the parameters, but you can basically leave them the default values. After finishing some steps, you are asked to set the camera direction, so select the relevant option from the drop-down list of the ‘Category’ field. Since we took the photos of a small object on a table, choose ‘Close Range’. In the last window of the Project Wizard, press the ‘Run’ button to start the computation for camera orientation. It analyzes the camera positions when the photos were taken. 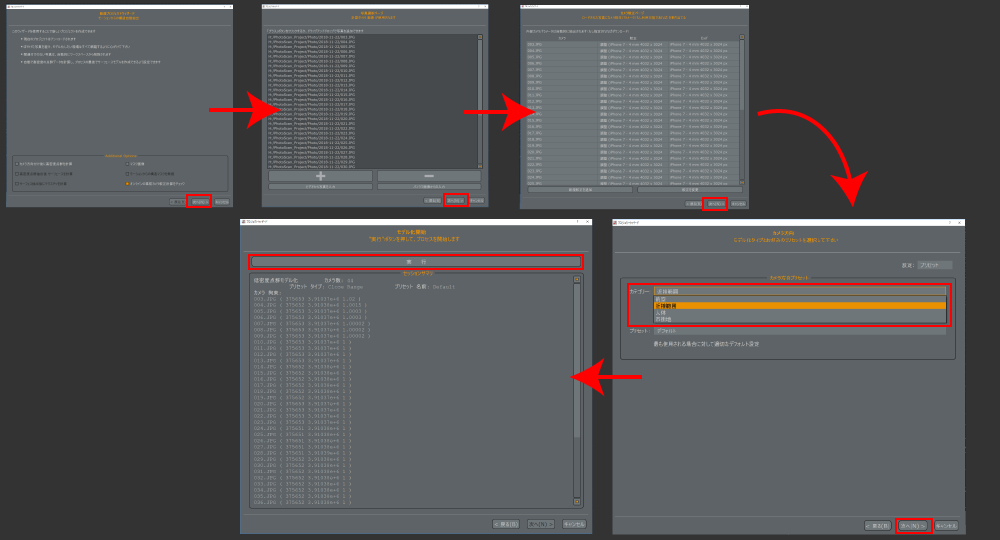 The setting for a new project

When the analysis is completed, you see the screen as shown below. Even in this state, you can see the outline of the scanned object partially. 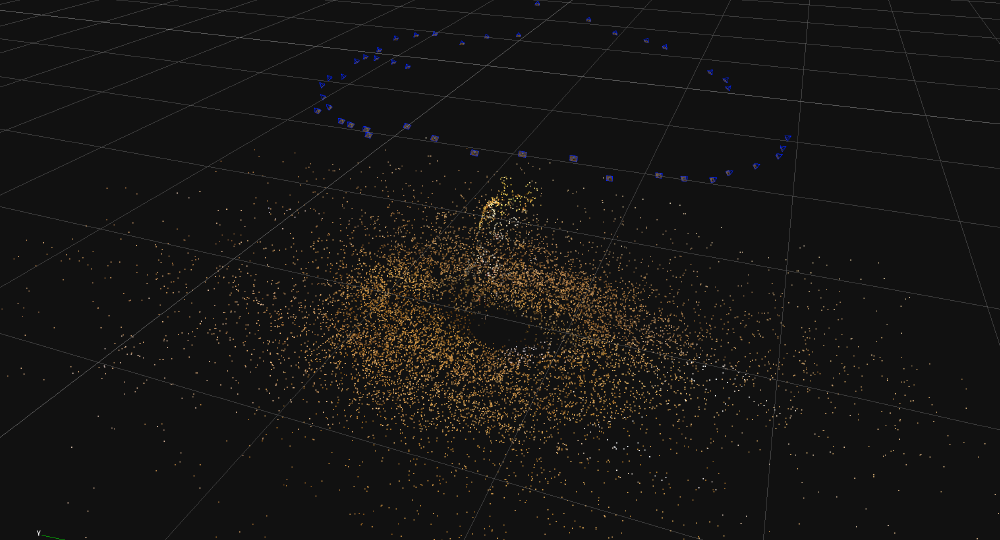 The camera positions when the photos were taken.

Resize the bounding box to the relevant size 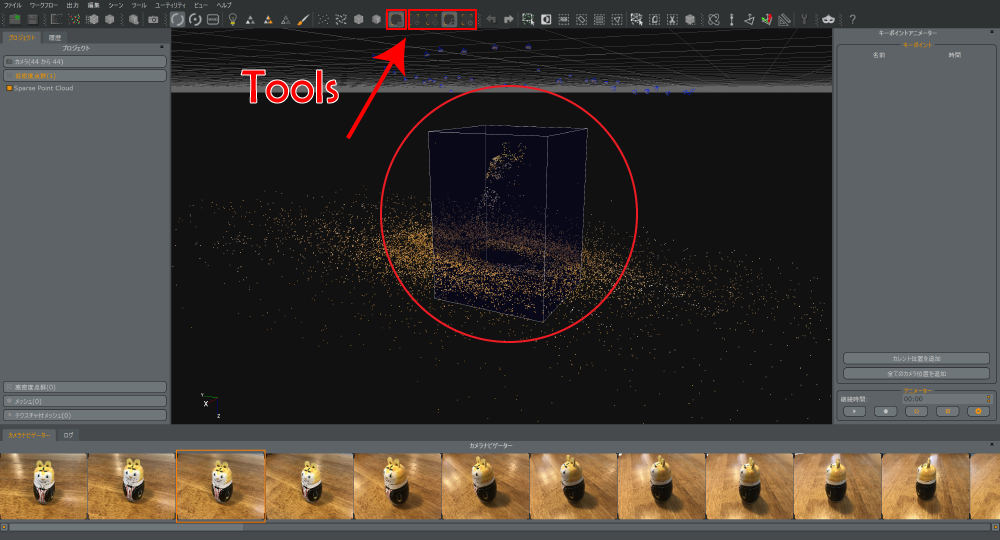 The setting for the bounding box

After setting the bounding box, create a dense point cloud. Press the ‘Dense Point Cloud Generation’ button in the toolbar to open the setting window. There are some parameters to set, but it’s OK to leave them the default values. Press the RUN button to start the analysis. Basically, this computation takes the longest time. Be patient. If you fed a lot of photos, it could take more than an hour. 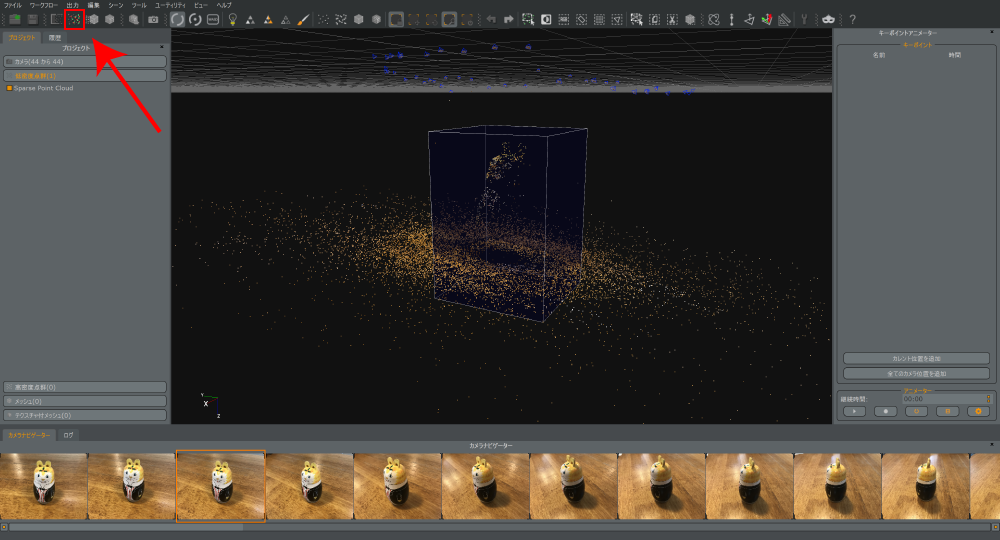 Once the dense point cloud is created, you can see the shape of the scanned object clearly. Next, we create a triangular mesh from the dense point cloud created. Press the ‘Mesh Extraction’ button in the toolbar to open the window. There are some parameters to set, but it’s OK to leave them the default values. Press the RUN button to start the process. 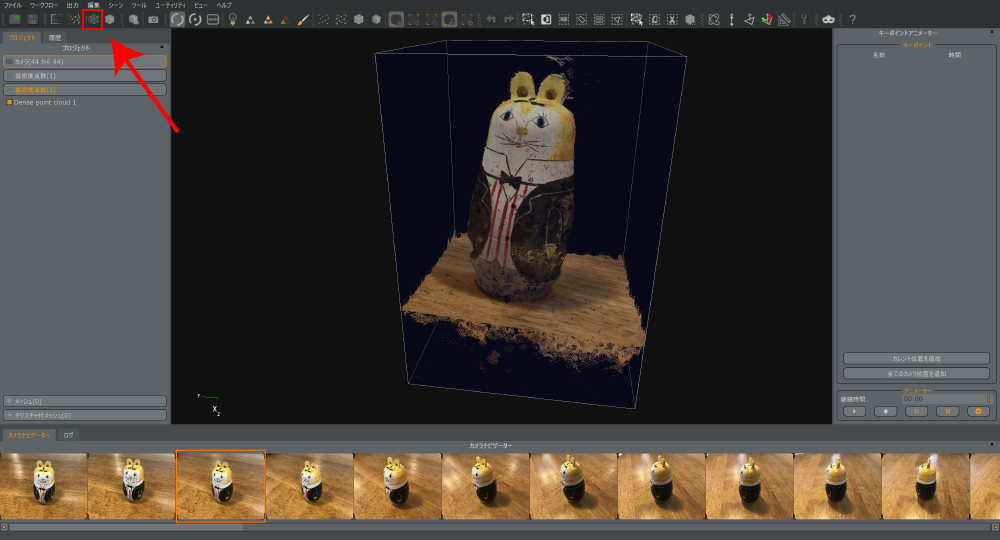 This is the final step. We create a mesh with texture. Press the ‘Textured Mesh Generation’ button in the toolbar to open the setting window. In the window, set ‘Max number of textures’ to ‘1’ unless you really need to use a different value. If you set it to more than 1, the number of textures generated would increase so that the data size increases excessively. And, the same goes for ‘Max number of vertices’, so preferably limit it to 10000. In the case for VR, I recommend limiting it to 50000 although it depends on the complexity of the surface shape. When the setting is completed, press the ‘RUN’ button to start the computation. 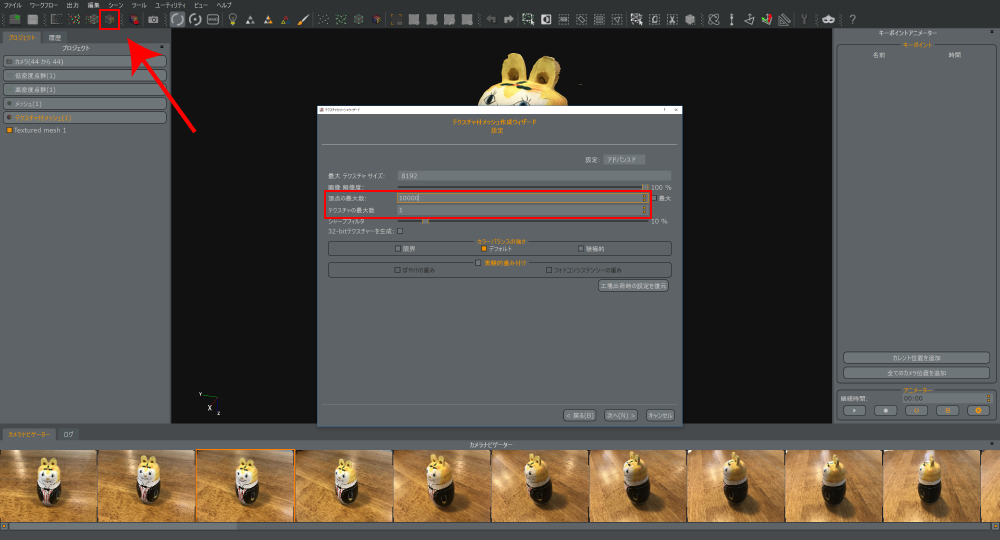 Once this computation is done, the 3d model is completed. 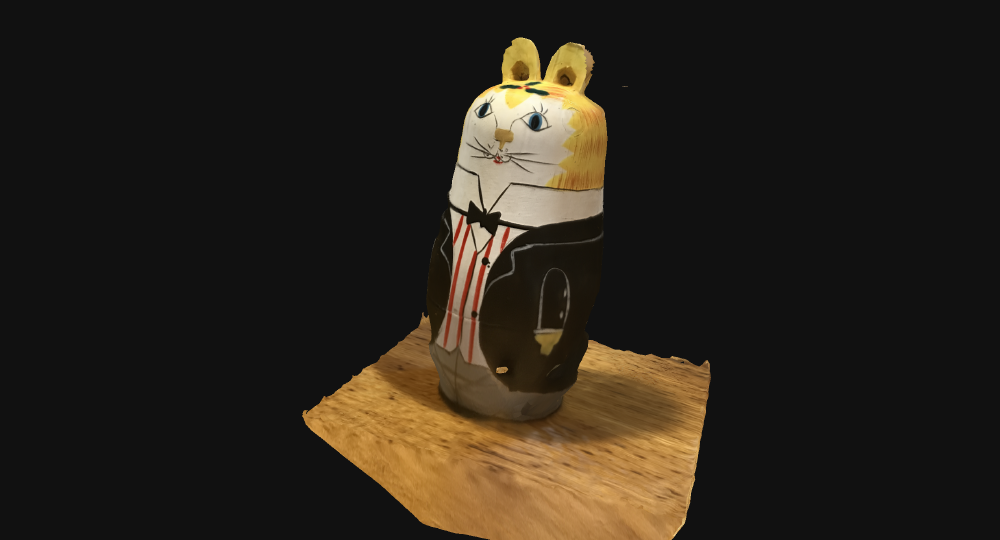 Let’s export the 3d model completed to upload to STYLY. Press the ‘Export textured mesh’ button to open the setting window. In the window, change ‘Export format’ from ‘Upload to Sketchfab’ to ‘Obj/Mtl’. Then, check the ‘Local Rendering Reference System’ box. When the setting is completed, press the ‘Export’ button and specify where to save. Upload to STYLY via Unity

You can upload the 3d model completed directly by STYLY’s Web Editor, but it gives a different appearance from the one on the photogrammetry software due to the difference between the shaders. If you upload it via Unity, you could change the shader. So, I recommend it for the user who really cares the appearance.

Change the shader to apply 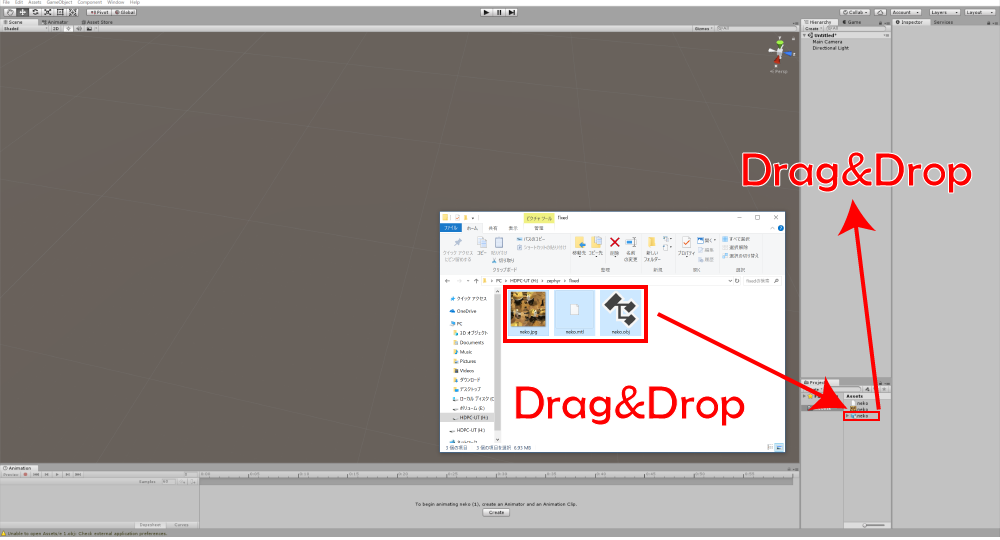 Import the model to Unity

The 3d model imported should look different from how it looked on the photogrammetry software due to the difference between the shaders. Create a material to set a proper shader. Right-click on the Project window and select Create > Material. After creating a material, drag it to the model to load. Drag the exported texture into the ‘Albedo’ field of the material. Note that the object has been duplicated to compare the two shaders in the screenshot below. Assign the material to the model

Finally, change the shader from ‘Standard’ to ‘Unlit Texture’. It makes the appearance similar to the one on the photogrammetry software. 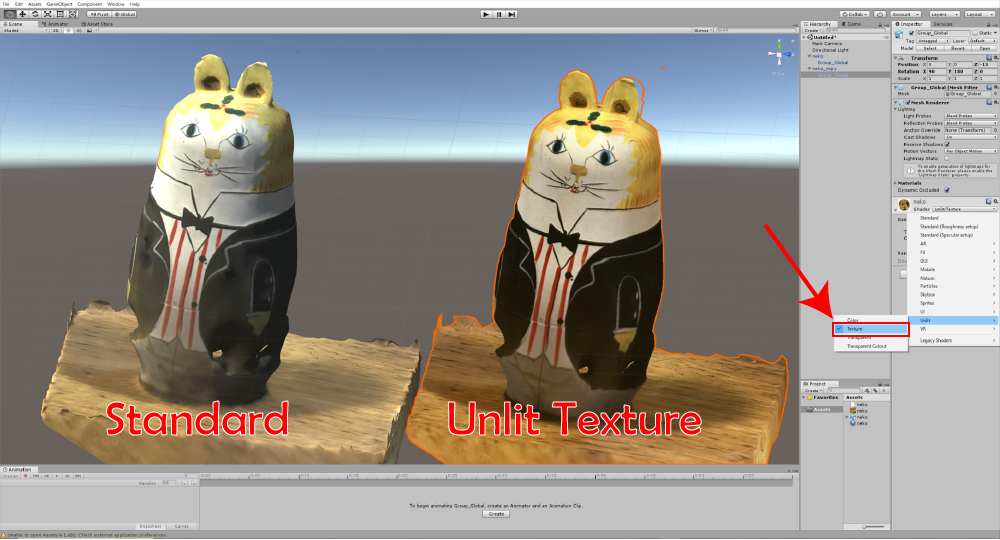 All you need now is to drag the 3d model in the Scene onto the Project window to convert into a Prefab and upload it to STYLY. Please read the article below to learn how to upload assets from Unity to STYLY. Read the article   You can use photogrammetry in various ways. You can use it to render your imagination, for example, clipping a street scene or scanning dishes to model the table in VR space. Please try it by yourself. It will help you to enrich your expression.